Well, it’s Christmas, so let’s drink something a bit different. And to do this, I’m looking to the past once again to ask the question: were things better back then? It seems a question that’s been floating around the whisky community more in the past year, as prices of new whiskies grow ever higher and people seem concerned about the poor quality of some new releases.

But first, an old whisky.

We’ve looked at pretty old blends on Malt before in the past couple of years – notably one from around the 1960s, and one from the 1940s. So I’m due another, and it feels like a nice opportunity to tie this up with a whisky-related Christmas message.

Black & White is a famous old blended whisky produced by James Buchanan & Co Ltd. The two little black and white terriers that feature on its labels were inspired by the black and white label (and a dog show) around the late 19th century, a colour motif that featured original bottle when it was as a House of Commons blend. The dogs continued to be very popular, featuring on advertisements throughout the period. Their use in Christmas imagery proved particularly successful, being rehashed in numerous ways over the years (hence the reason I’m choosing this whisky for a Christmas review). Today, like most things, the brand is owned by Diageo. This particular bottle up for review comes from around 1960. 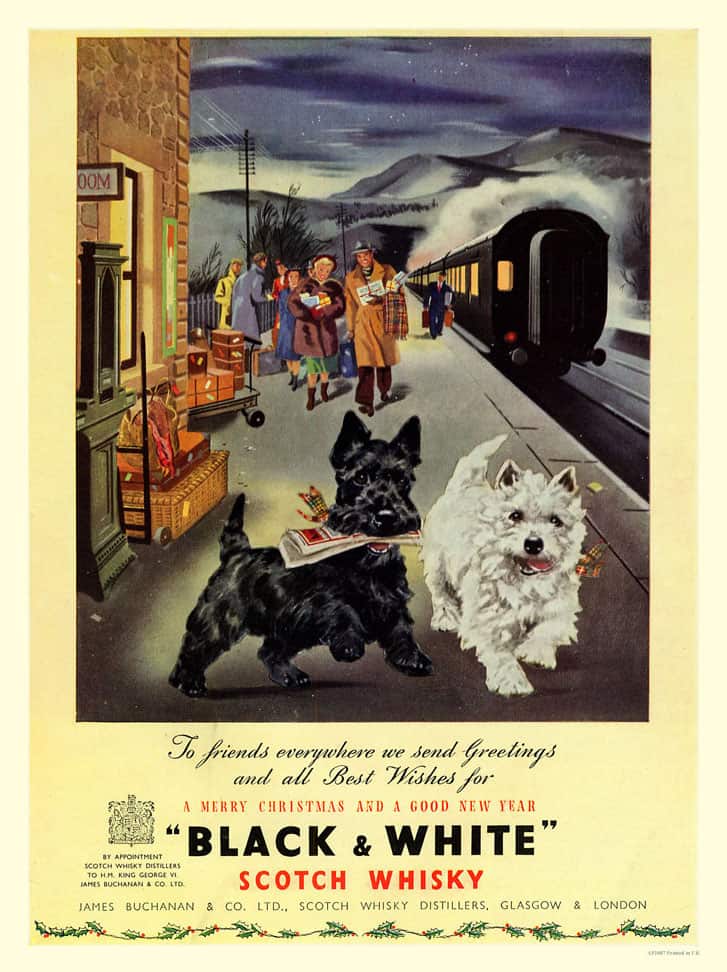 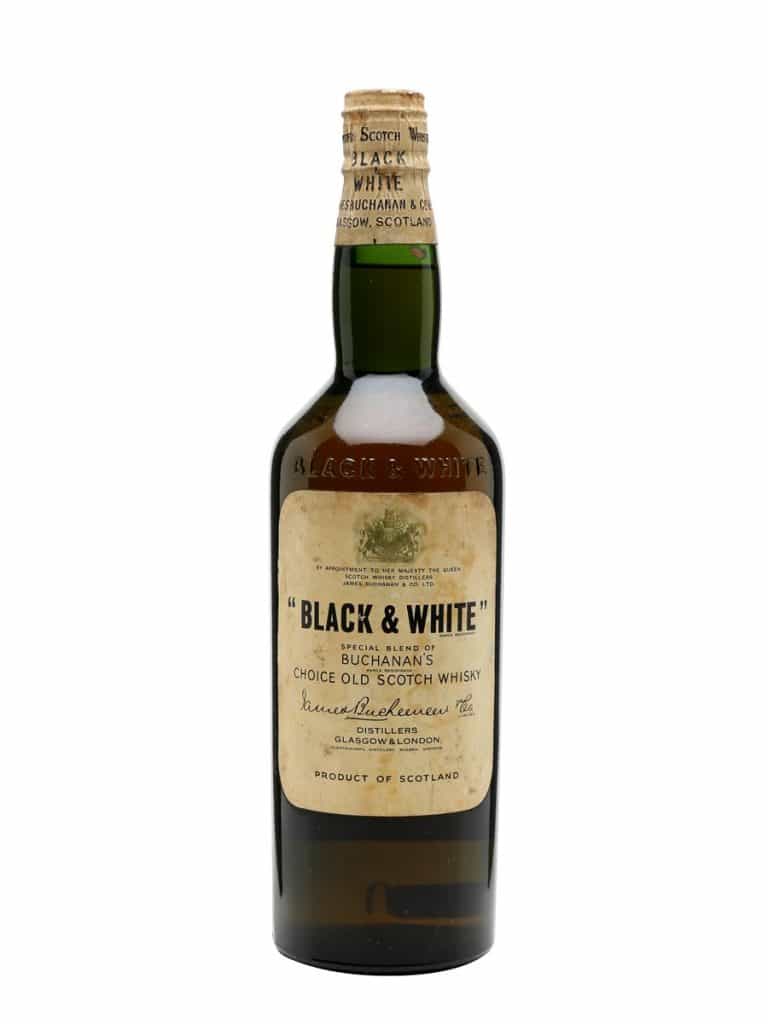 It is astonishing that blended whiskies in the past could be this good. This is more complex and interesting than many single malts of the present era, and certainly better than any contemporary blend that I can think of. It’s not the first time I’ve thought this, or done a comparison between new and old. (Indeed, I have a much older blend than this to review early next year.)

What are the potential reasons that blended whiskies from 50 or 60 years ago were different and potentially more flavoursome? Whisky is a fairly industrial process today, despite the heavy craft branding. (Okay, well I’ll grant that it’s a fairly industrial craft at least.) Probably just after this whisky was made, there was a focus on efficiency: things like improving yields in whisky production, which meant different barley varieties and shorter fermentation periods, all of which would increase output but also have a detrimental impact on flavour. Stills began to be heated differently (coal, direct fired) which would impact on flavour. In 1972 Laphroaig even replaced a couple of stills with one twice the size – completely changing the flavour of the product – because it would be more cost-effective. Faster. Bigger. Cheaper. More.

In a conversation I had with Mark Reynier of Waterford Distillery, formerly of Bruichladdich fame, he mentioned that back in the day the whisky industry got its hands on good casks from anywhere and everywhere, particularly the wine trade, all of which were of very high quality. Around the time of the oil crisis, that changed. Wine and sherry merchants supplied fewer and fewer casks to the whisky industry. The whisky industry became far more industrialised. Good wood became scarce.

Good wood is even rarer today. Brands are scraping bare thrice-used casks, re-charring them and using this desperate business as a selling point. These feel like cheap parlour tricks to get flavour, and to sell a story at the same time. Some indies are buying second or possibly third fill casks, or very young and flavourless single grains, and passing them off with a huge mark-up and a fancy label. The money, as Reynier reminded me, is being spent on telling stories at one end of the process. Brands are not spending money on quality materials at the production end instead. That’s the end that matters.

Not everyone does this, don’t get me wrong. This isn’t a rant on the industry, but these are merely things to think about.

So Malt’s Christmas message is this: you must ask questions of whisky brands.

When there is another push on a new single malt, grain whisky or blend and it has an interesting story to it, to gently and politely interrogate that story. Email, tweet, comment on Facebook or Instagram, to ask why things are being done in a certain manner.

In what cask was the whisky matured, and for how long? For how long are you fermenting today – because longer fermentation periods lead to more flavoursome whisky. Where do you get your oak from? How many times have the casks been used in a particular vatting? If second or third fill, do you think it’s worth the price? Do you add colour to your whisky, and if so why? What about chill-filltration? Why use one barley variety over another – is it purely for yield (and therefore cost saving)? Where there is no age statement attached, tell me more about this whisky’s components… It goes beyond transparency around age statements, which is a superficial question at heart. This is seeking transparency of production. It is asking about the whole picture.

You get the idea. No matter what your level of knowledge of whisky, this is also a chance to learn more. Only if we ask questions on any considerable scale – only when you, the drinker, show you are interested in the provenance of what you’re drinking – will brands begin to reconsider their shortcuts. It will also mean we’ll be able to better determine value too. Next year, god knows how many new distilleries will start releasing whisky. Their products will come online. The market will see dozens of new whiskies and there will be a clamour to make noise. Many of these stories may well sound the same. Exactly the same.

So you must all interrogate the details in your own way. You must find out who is being authentic, and who is just in this game just for the money.

Note: photo above from the Whisky Exchange as an example. That bottle cost £225. I actually think if you have that as pocket-money, it really is worth a go.

These words put together mean a variety of things to the general public; whether it’s a dodgy pop song or a glorious classic silent film…