Lets talk about Tormore. In this case its the possible perfect marriage of one of Scotland’s greatest distilleries with the independent bottling supremo Cadenheads.

It’s no secret that I’m partial to whiskies from this distillery and that I am also a member of #thetormore4 who are a bunch of enthusiasts who appreciate what this overlooked Speyside gem can produce. You can read about our tour of this stunning distillery right here and the ultimate vertical tasting we put together whilst staying on site as part of the Spirit of Speyside Festival. Disclosure aside lets press on with this review.

Previously the oldest Tormore I’ve experienced is the 29 year old bottled by the Whisky Broker. Remember that the distillery did not start producing until 1961 and most of its content was destined for the blends of Long John distillers who were the original owners. The first official bottlings during the 1970’s, which I’ve reviewed in the vertical tasting and the sublime 10 year old Pure Malt, hinted at the potential greatness from its earliest days. This was a distillery project remember where almost no expense was spared. The vertical tasting also confirmed the enjoyable characteristics that prompted the Pearl of Speyside prefix.

This whisky was distilled in 1984 during the ownership of Whitbread brewers which wasn’t the most successful period in its history. The number of stills were doubled in 1972 to meet increased demand and whilst Tormore existed as a single malt on the shelves there was no great push from all its owners to establish it as a brand. Today, it falls under the control of Chivas who have released 14 and 16 year old expressions that are tinged with disappointment compared to the cask strength edition. Again these feature in the aforementioned vertical tasting. 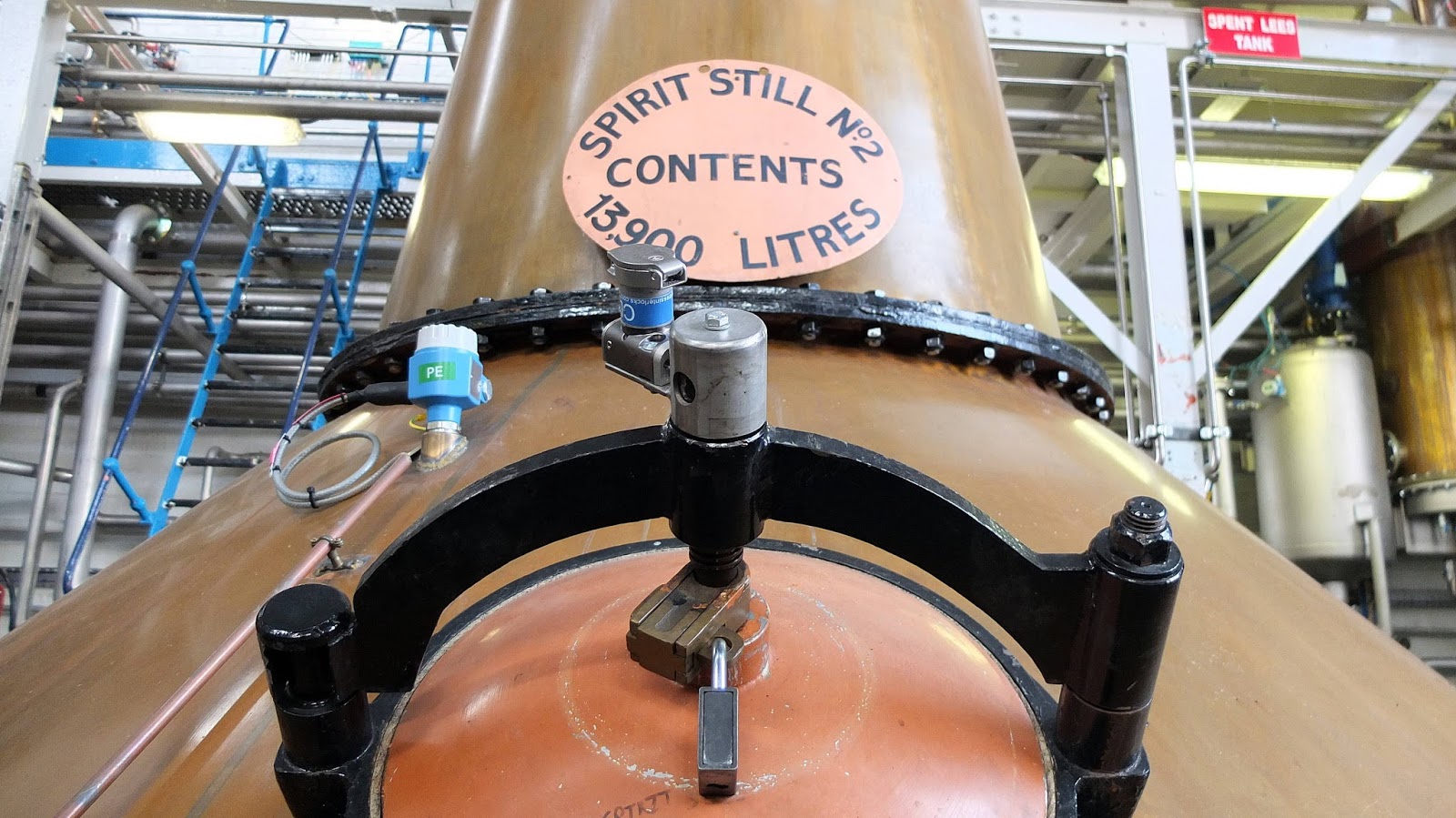 Thankfully Tormore is widely supported by the independent sector and I’ve spoken to one blender who has an appreciation and respect for what it can deliver. Yet it remains distinctly unfashionable whilst many chase peat or the shallowness of Balvenie, Glenmorangie and their ilk. Take for instance this bottling that hit retail in January 2015 from Cadenheads, I know its sat patiently in my local Edinburgh store slowly biding its time.

On the infamous stock blackboard that forms the centrepiece in the store, Tormore due to its place in the alphabet sits near the bottom, almost out of sight. And here it’s waited priced at an attractive £144.50 for its moment to shine. The bottling I have here is part of the 20cl Cask Ends range that is available in Cadenhead stores and offers you the opportunity to take away a smaller bottling and still experience the whisky itself. This is often made up of full-sized bottles they have opened in the specific shop so stock varies depending on that criteria. It’s a useful option to try whiskies more extensively before purchasing a bottle or experience something you normally would not be able to afford.

Cadenheads bottled at a cask strength of 55.8% as part of its Small Batch range. Most visitors eyes will drift further up the list of names, seeking out familiar distilleries and dismissing many that they didn’t even know existed. Sadly this is a common event and I’d always urge anyone shopping for whiskies to speak with store staff and not to rule out unknown distilleries. A small taste may change your opinion and ultimately your decision on what to purchase. All of this begs the question whether this 30 year old Tormore would sway opinion? Lets try this whisky now and see what it delivers.

Colour: golden syrup
On the nose:  green apples initially hinting at the DNA of the original 1970’s Tormore bottling. Added layers with toffee, honey, a rich Ovaltine and Rice Krispies. Then vanilla nougat, pencil shavings and cream soda.
In the mouth: a resin-like texture concentrates your attention. The lovely thickness and oozing is followed by pine cones, nuttiness with lots of vanilla and a blast of lemon. With water this Tormore becomes zesty with lots of limes and icing sugar.

A lovely example of a Tormore and I’d place this as above the aforementioned Whisky Broker. The years have suited this extremely well and it comes recommended. A great bridge between the old-style 1970’s bottlings and the fresher approach seen in the late 80’s and early 90’s from the distillery. If you enjoyed the current cask strength Tormore from Chivas, then you’ll love this.