The eternal frustration and struggle that is Bowmore and its whisky. A fantastic distillery to visit with the most wonderful atmospheric warehouse and then you taste the current range and it all disintegrates.

Part of the problem is the fundamental focus on No Age Statement releases that pass by like a luggage conveyor belt at an airport. If you’ve tried an inadequate example, then you’re less inclined to try again and the brand of Bowmore for all its historical marvel becomes tainted. Even the 2016 Feis Ile release failed to inspire and for all its associated glory the 30-year-old Sea Dragon was an interesting experience showing that an age statement doesn’t necessarily guarantee success.

It’s easy to label and abuse No Age Statements and some go so far as not to review any such bottlings. I find such a practice short-sighted and well almost elitist. There are some NAS bottlings that are fundamentally flawed and only exist to fleece consumers and line the pockets of shareholders. Then there are others that buck the perceived trend and actually deliver a worthwhile experience accordingly matched with their price point. Sticking your head in an age statement bubble and refusing to acknowledge the existence of other bottlings is detrimental. The way to tackle a poor bottling or inept whisky is to confront the issue, speak out and highlight it. 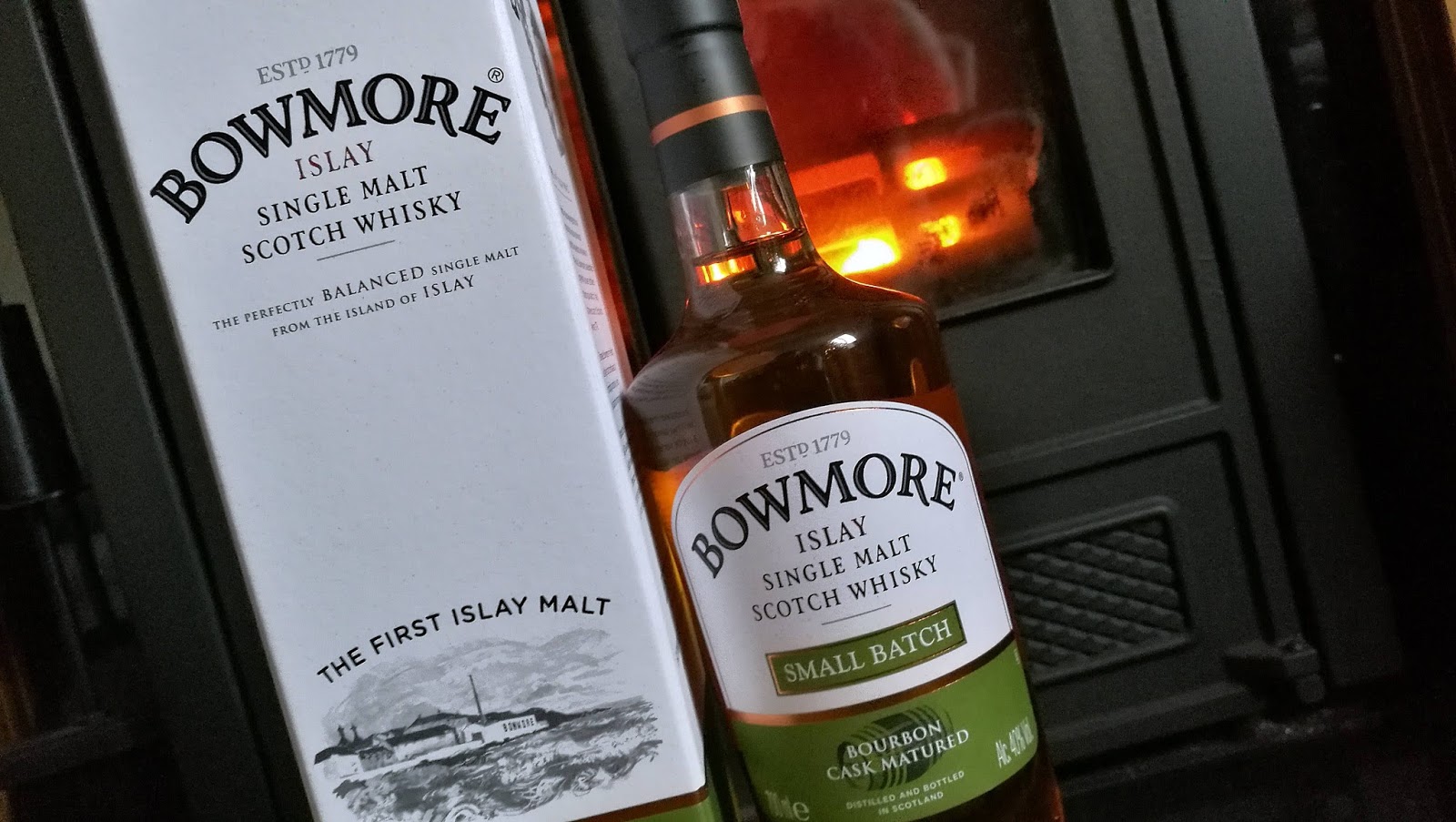 Neither may apply here as I’m talking generally rather than with this Bowmore Small Batch Bourbon Cask Matured release sitting in front of me. This release is a marriage of first fill and second, fill ex-bourbon casks. Bottled at 40% we also have to consider the presence of chill filtration and artificial colouring for this whisky. At retail expect to pay around £35 for this no age statement whisky from Islay.

On the nose: a surprising sweetness from the peat with a handful of rock salt. More sweetness with honey and a hint of ginger. There’s plenty of vanilla but you’re left scratching away at the surface for something else and it’s sadly not present. Water delivers wafers and shortbread.

In the mouth: it’s quite wishy washy with a peat essence and more vanilla but swirling around to little other effect. Coastal moss, golden syrup and with water oranges appear and sadly nothing else.

This feels particularly young and forced for want of a better expression. It’s trying to be something that it isn’t and like any underage offender in a nearby bar, eventually, you’ll be called out and caught. Personally, I’m disappointed, Bowmore is one of my favourite distilleries to visit but it has a long way to go to regain its former glory. At £35 it’s also competing with many staple age statement releases from established distilleries such as Aberlour, Laphroaig, Highland Park and Talisker. Regardless of the use of age statements on these whiskies, take off the numbers and the whisky experience these rivals offer is superior every time.

One of my favourite distilleries is Bowmore. Not only do they provide a fantastic distillery tour which is one of the best I’ve experienced right..