It was one of the more forgone conclusion questions to ask me. You know when you’ve uttered the words that seem completely reasonable and then a split second later you realise what a complete and utter fool you’ve become? Football commentators seem to suffer from this but it’s so called newsreaders and journalists who state the obvious or repeat what’s just been said in a different way that are true exponents of the craft today.

In this situation I was prompted by the undoubtedly fantastic WhiskyLifeStyle as to whether I’d like to purchase a bottle of Tormore. This is like asking members of #thetormore4 such questions as whether Andy would like a to buy a bottle of Ardbeg? Mark some exclusively designed tweed or Dave actually I’m not sure what he’d succumb to without thought, maybe cooking lessons?

Flashback to 2016 and the Spirit of the Speyside Festival and we’re standing outside the Craigellachie Hotel in the carpark when the possibility of a private bottling of Tormore is raised. This is a very simple question to answer particularly as I find the current official bottlings of Tormore oddities when you compare them to the historical official range. During the festival in our Tormore basecamp we sat down with most of the official Tormore’s since the distillery released its first whisky and you can read the vertical tasting article here. The current 14 and 16-year-old expressions seem to be illegitimate children when pitched up against the rest of the family. Only the current official cask strength Chivas bottling of Tormore retains your faith that the nucleus of greatness still exists.

What became noticeable is that by the 1980’s and into the late 1990’s, Tormore had found its niche and delivered an enjoyable and refreshing style of Speyside whisky. Even the straightforward Victoria Wine bottling or the cobalt blue release later on, contain a decent and satisfying dram. You can pick these up reasonably cheap at auction without too much hassle and as they were produced in great numbers it’ll continue for a while yet. 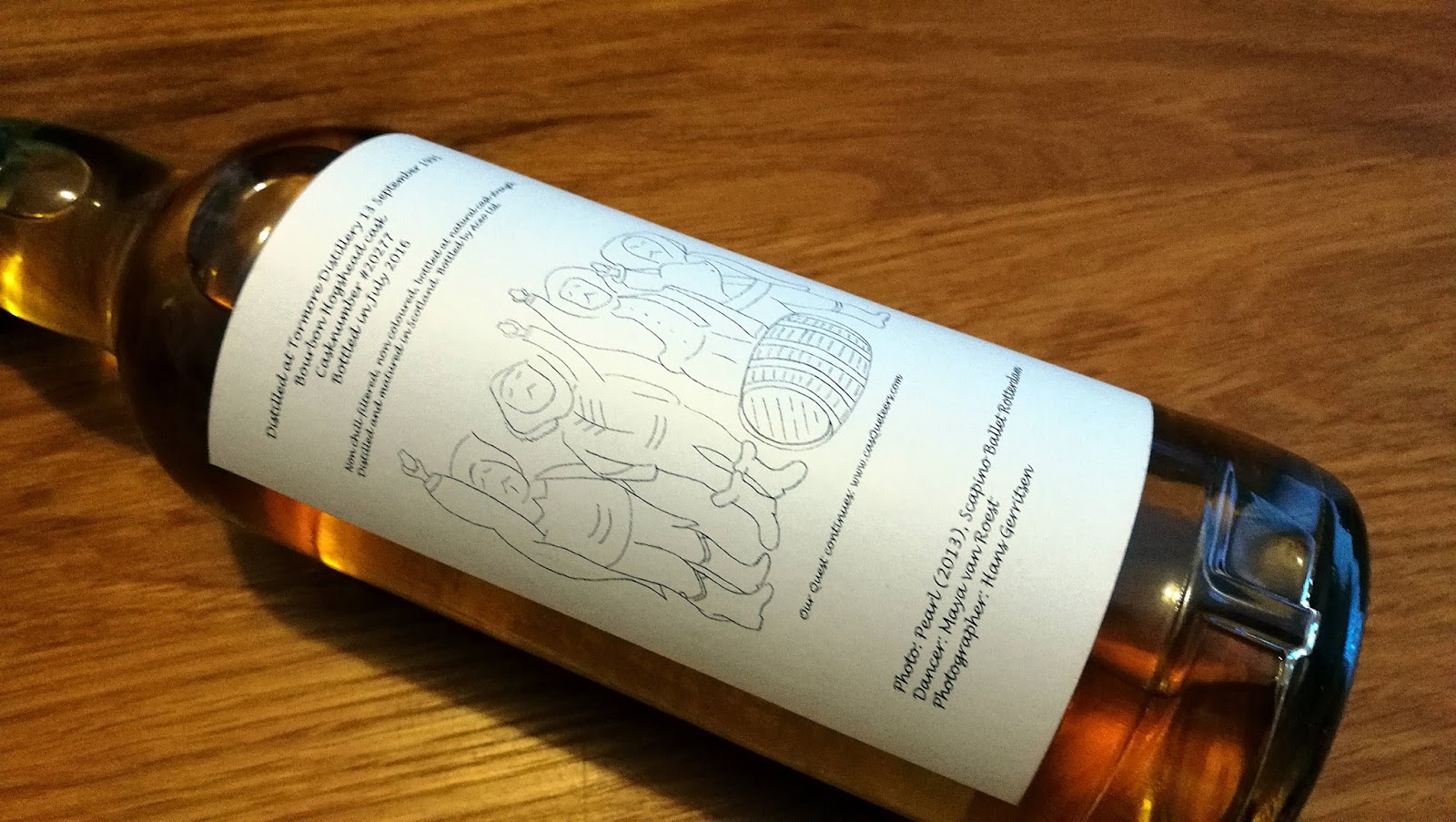 This particular Tormore coming from a private cask was distilled on 13th September 1995. So we already know we’re still within that solid scope of whisky output. It also predates the changes at the distillery in 2012, which we toured last year and normally isn’t open to the general public. It’s a shame in a way as Tormore is a stunning distillery visually and within retains glimpses of its lavish nature. Bottled in July 2016, it’s 20 years of age and comes from a hogshead numbered 20277 with a strength of 51.6%. This is my first bottling from the casQueteers who are a Dutch outfit with it seems exceptionally good taste in whisky, but perhaps not so much when it comes to the label design. It’s a particularly bad example of an independently bottled whisky according to friends who have seen this bottle, but I’d rather all the effort was expelled in acquiring the finest casks than a visually stunning appearance on the shelf. We’ll leave that to Compass Box and the official bottlings who tend to dress things up in emperor’s clothes and then disappoint with the contents within.

It goes without saying that this Tormore is uncoloured and non-chill filtered. Price wise originally it would have been around 70-80 euros which is a fair asking price given its age. Generally, when asked about Tormore I do highlight the excellent support from independent bottlers such as Signatory and Cadenheads. These show you the true potential and brilliance of what Tormore should be considered as today and on that note it’s time to crack open another bottle.

Colour: a light caramel
On the nose: sunflower oil and barley sweets. A little ginger and green apples with sanded pine wood and lemon bon bons. With water all-spice, oranges and coconut flakes appear along with an ashy note.
In the mouth: more coconut and cooking apples with a citrus blast of lemon and lime. A chunk of plasticine oddly as well. Lets try water and a bit of time left idle. Almonds and a drying finish. A bit more water and the wood takes over with vanilla and a slight bitterness.

This in some ways reminds me of the initial Tormore official bottling with its green characteristics. A very enjoyable nose. The palate just doesn’t do enough for me given some of the excellent Tormore’s I’ve had recently such as the 30 year old from Cadenheads, but still a solid example from an independent.