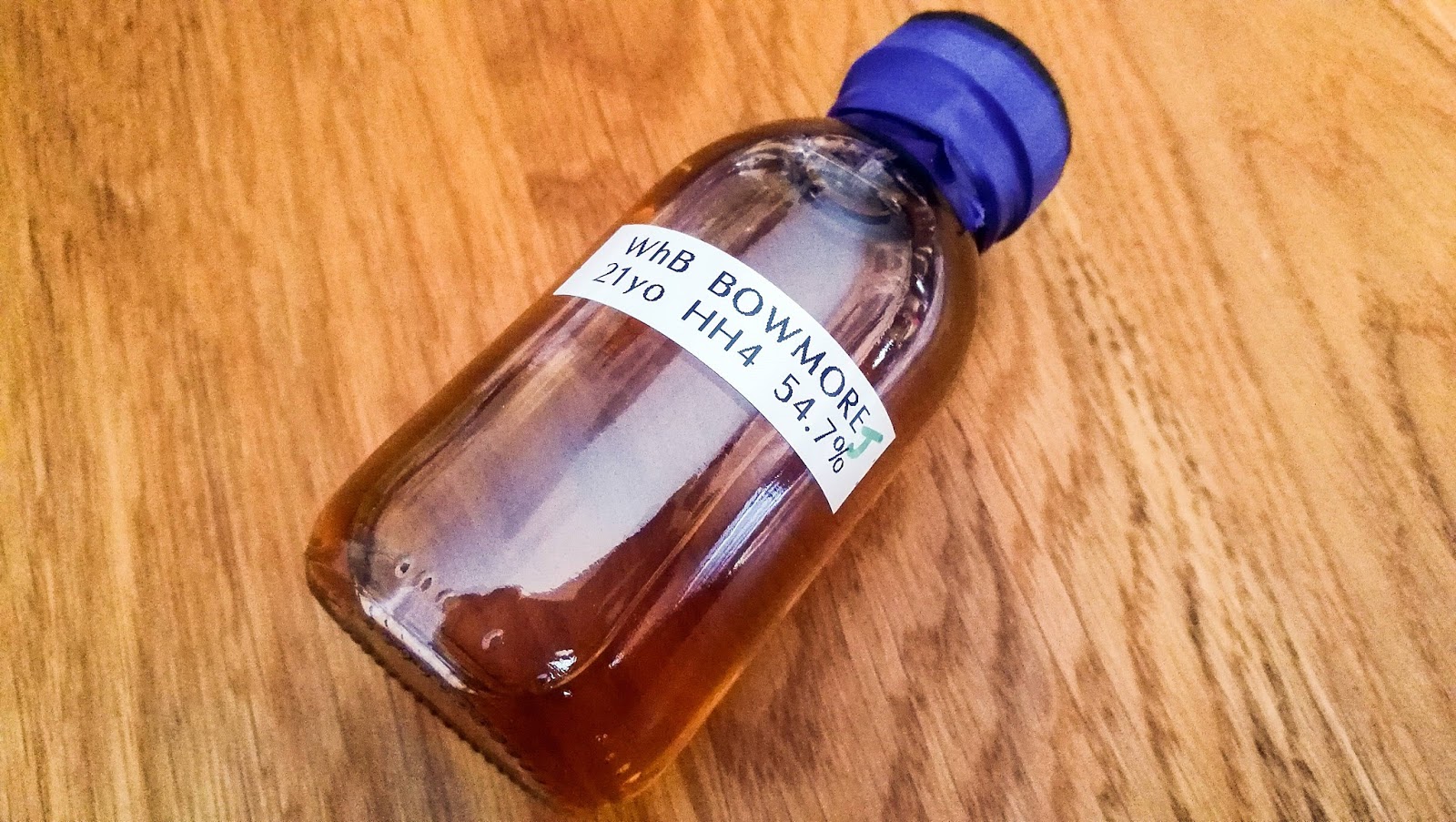 Hold on tight, yes we’re going back to Bowmore. Recently we’ve been spoiled with the classic Sea Dragon bottling and then with more trepidation I ventured into the current official expressions with the Darkest and the Small Batch Bourbon Matured.

Cut to the chase and I’m not a fan of the official bottlings I’ve tried despite the effort expelled. My last visit to Bowmore, the excellent tour guide was determined to find a whisky I enjoyed. We went through most of the range and I was very underwhelmed. It’s frustrating as we know this distillery is capable of brilliance but more than most it seems to have lost it way in recent decades. Certainly that’s the case in the 1990’s with all those soapy bottlings that have some enthusiasts running to rinse their mouths out, such as this Bowmore 12-year-old.

So what do you do when you fall out of love with a distillery and a whisky has burst the bubble? My answer is to head over to the independents. Of course this isn’t an option with some distilleries and their restrictive practice of tea-spooning malts such as Glenmorangie and Balvenie. I discussed this in greater detail amidst the 1979 Glenmorangie review so I won’t repeat myself again. Thankfully Bowmore is widely supported by the independent bottlers and in sizeable quantities although it does come with a premium being such an illustrious distillery, peated and from Islay.

This brings us to the Whisky Broker. For those unaware this is one of the most well-priced of independents, releasing a variety of whiskies from whatever casks they can acquire. You’re not paying for marketing, labelling or packaging here. Simply the bottle and a straightforward label that tells you everything you need to know. This is reflected in the pricing that I’m sure draws some comments from rival firms who can often charge a great deal more for a similar bottling. It’s also a family business and a newish arrival being established in 2010, but one that already enjoys a strong following from enthusiasts.

The only problem is that you have to be damn quick to snap up a Whisky Broker release. Being single cask bottlings they are limited and the prices charged often means that shoppers will pick up 2 rather than a single bottling simply because the price is more accessible. For example, this Bowmore sold out in under an hour so you have to be quick! I haven’t ordered much recently from the Whisky Broker simply because there’s so much choice nowadays, but when the chance to bottle share their latest 21-year-old from Bowmore arose, well I had to try and fall in love with this distillery once again.

Distilled on 2nd February 1995, this cask was bottled on the 13th December 2016 at a cask strength of 54.7% volume. Originally from a hogshead, cask #4 resulted in an outturn of 183 bottles at an attractive price of £92.88. Whisky Broker bottle at natural colour and with no chill-filtration of note so you know this is straight from the cask. Now we face the demon of a 1990’s distilled Bowmore.

Colour: worn gold
Nose: a right peaty blast tinged with rock salt. Hazelnuts with candy floss and a little soap in the background. Fern, caramel wafers with a flush of raspberry cutting through the earthiness. A charcoal element and water I felt didn’t do much here if anything it removed the interesting features.
Taste: gritty and earthy with the vegetative peat showing through. Salted caramel mixed with thyme, liquorice and cola cubes. A peppery finish with right at the death a fleeting ghostly flash of soap. Water again expelled the interesting earthy and rugged aspects but did bring a sugary toffee out.

Overall: for 21 years I was expecting much more from this bottling however its under £100 and retains enough character to be a solid drammer. Certainly better than most of the official Bowmore’s you’ll find in the shops at a similar or lower price.