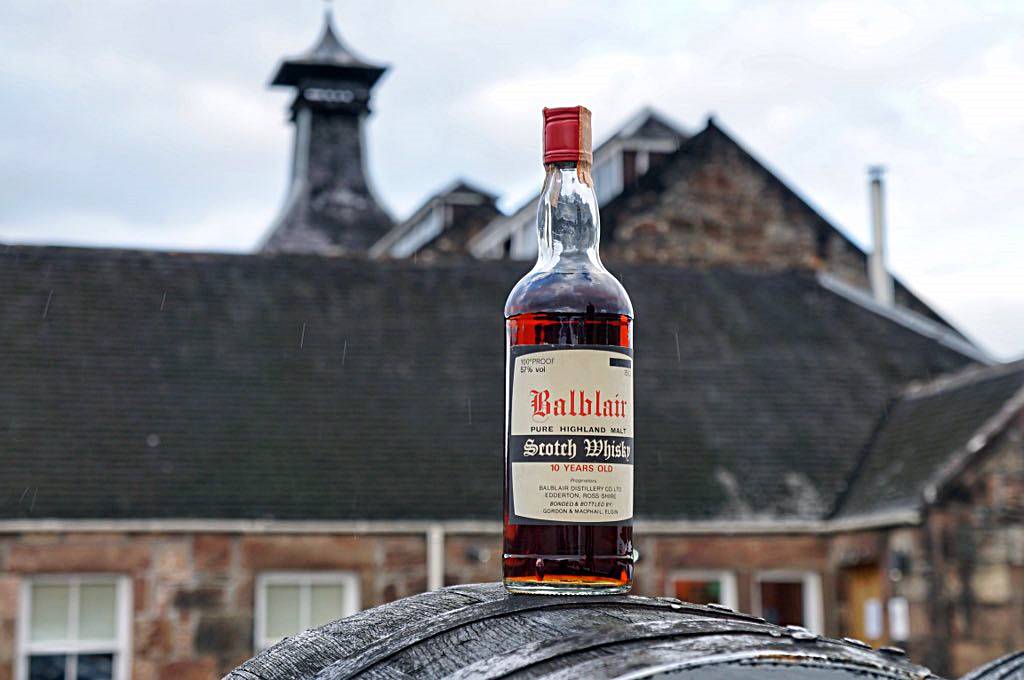 Although Balblair distillery has been around since the late 1700’s with official records suggesting 1790. Knowing the locals with their tenacity and inventiveness its likely some form of distillation was carried out on the site for much longer. Yet it is only in recent times under the ownership of Inver House Distillers that Balblair has grown in prominence.

For many years the whisky was sent off for blends with Ballantine’s being the most notable. The occasional official bottling of Balblair such as the excellent 5-year-old Pure Malt whisky that confirmed how drinkable the whisky is at a young age. I’m always taken with these younger age statement bottlings from bygone eras as there’s a certain charm about being so youthful and yet full of character. You can still pick up the Pure Malt at auction quite reasonably and I’d recommend you do so along with say another 5 in the form of the Tormore-Glenlivet Single Highland Malt.

With each passing year Balblair grows in prominence and is strengthened by another batch of excellent releases. Whether it’s the 2004 Sherry Cask Travel Exclusive or a more sustained vertical tasting through their vintages; I’ve not heard any complaints from some rather fussy types. My own personal favourite actually came from Gordon & MacPhail who seem to have access to the very best of the distillery. Their 1993, 21-year-old from a first fill sherry puncheon was utterly bonkers but truly worthwhile. Arguably something a little more rogue-like than the official range, its ideal territory for the independent bottlers.

All of this takes me onto this 10-year-old Balblair bottled in 1975 bottled by Gordon & MacPhail. Immediately the colour and characteristics reminded me of that crazed 21-year-old but more importantly just how good Balblair can be in any form of cask. It’s also refreshing to actual see such a bottle being opened rather than admired from a distance locked behind a temperate controlled environment. In this case the bottle was kindly opened by WhiskyLifeStyle and brought along to the Dornoch Whisky Festival where those fiendish bods behind the Dornoch Distillery and the Castle Whisky Bar were ending the festivities with a marvellous Balblair tasting.

This was meant to be a fine way to end a weekend of whisky and unique experiences. Sadly I was literally dragged away for bad behaviour and could not attend. These things happen on occasion, but before the Balblair tasting commenced, I was kindly given a sample of this whisky and another from the tasting that I’ve yet to review. I immediately reciprocated by opening the Tormore 10-year-old Pure Malt and sharing what turned out to a be a fantastic whisky. 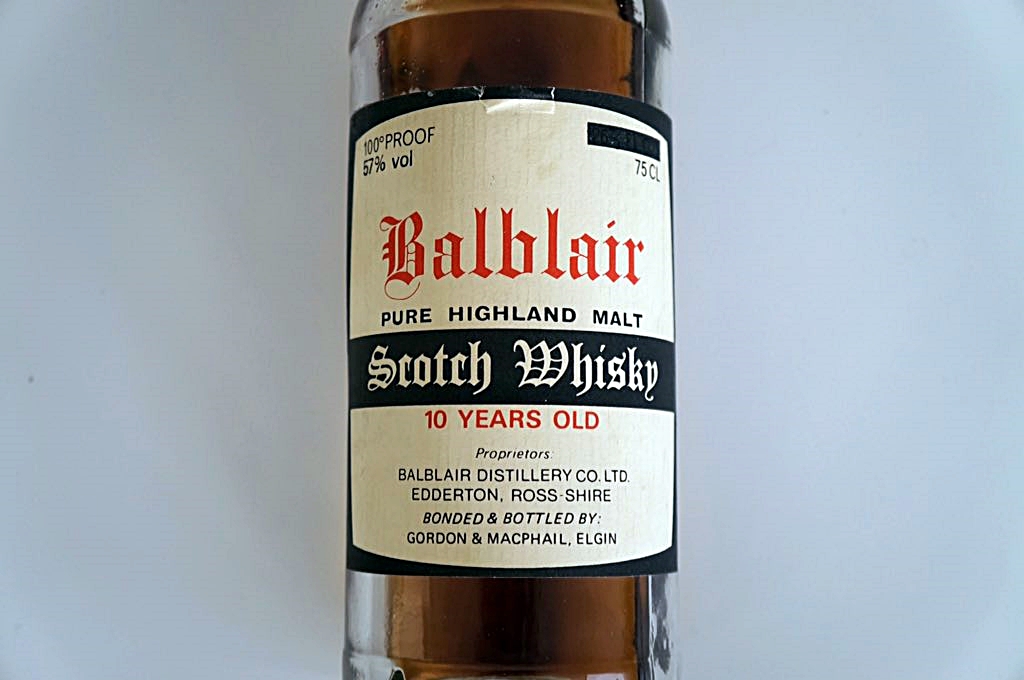 Needless to say WhiskyLifeStyle has already reviewed this Balblair and kindly provided the photographs alongside this review. There’s something marvellous about taking a whisky back to where it was distilled and opening it for others to enjoy. As a group you’ll know #TheTormore4 did this last year as part of the Speyside Whisky Festival. What on earth we’re going to do to top such a vertical this year remains to be seen, but I expect a few bottles opened on site somewhere. Ultimately it all adds to the atmosphere and whisky is for sharing, which makes me consider what to take on the road later this year. For now let’s see if this 100 Proof (57% strength) Balblair is as formidable as the colour suggests.

Colour: a golden dark toffee
Nose: initially its punch sherry notes with raisins and leather. I enjoy these but some may reach for the water. Cinnamon bark, dark chocolate and juicy cherries. Also on the fringes a coarse vanilla, ground coffee beans and a sprinkling of nutmeg. Water delivers resin and treacle.
Taste: bottled at 100 proof you may have thought this was alcohol lead but far from it in fact there’s a statesmanlike elegance to the experience. Liquorice, treacle, chocolate and more vanilla. Then those spices cinnamon and nutmeg. Adding water reveals demerara sugar and rum-like flavours.

Overall: an excellent Bablair from Gordon & MacPhail. It adds credence to the suggestion that casks aren’t what they once were with all the youthful wood being harnessed today. This Balblair literally sings a wonderful tune recognisable to all whisky enthusiasts.

Balblair is the in-law’s local distillery and has been enjoying a resurgence of late thanks to some excellent whiskies. It’s great to see as the..

So Balblair is on the up thanks to a series of excellent releases, the Angel’s Share film, an excellent Distillery Tour and the 40 year..