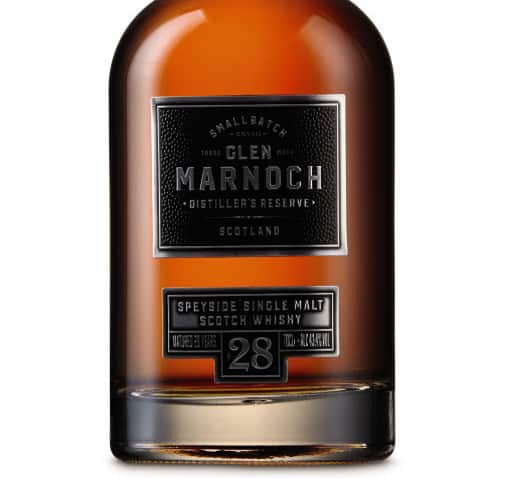 I’ve written quite a lot on the merits of whisky from budget supermarket chain Lidl, including a look at the Ben Bracken 28 Year Old and the Glen Alba 34 Year Old. What raised eyebrows in the whisky community at the time was how Lidl could release such old whisky for under £50, which is phenomenally rare to see.

Today I’ve got a whisky from Lidl’s big competitor Aldi. (I say competitor, but I suspect half the country gets the two mixed up and can’t see much of a difference between them.) Aldi whisky hasn’t got as much of a good reputation as Lidl whisky. The latter has won more accolades and has a very good reputation among drinkers with respect to value for money. (Edit: although the Spirits Business Masters, for which I have been a judge in the past, have deemed one of the cheaper Aldi whiskies to be one of the best in the world – or at least, that is what’s being reported.)

Aldi’s Glen Marnoch 28 Year Old whisky was released at £39.99, which is a good tenner below what Lidl charged for their older whiskies. It was released as a suite of premium drinks, and a hefty advertising campaign directed firmly at the middle classes, just before Christmas. The aim was to grow the supermarket from being seen as a budget brand into a good value destination for slightly posher people, something both chains have been doing over the past couple of years.

So how does the Glen Marnoch 28 Year Old compare? 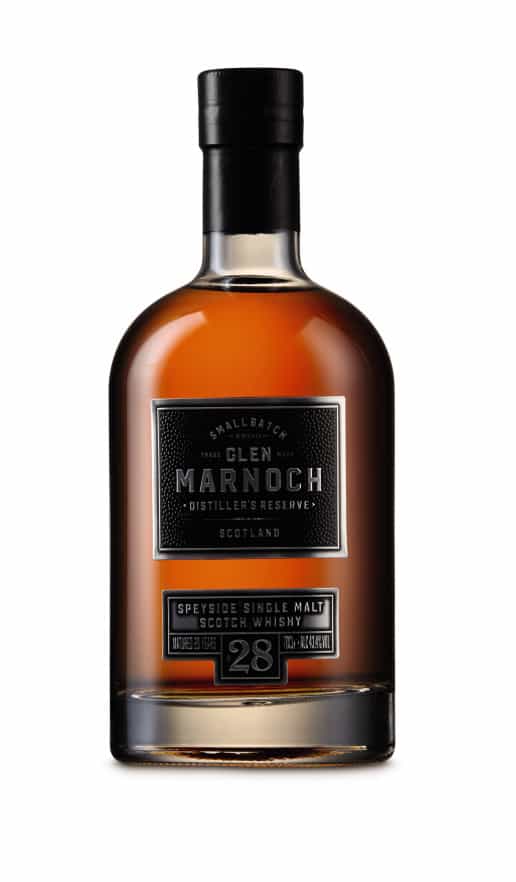 On the nose: a big hit of sherry. Raisins. Figs. Balsamic vinegar. Very winey; notes of port, madeira, Oloroso. Once that fruit fades there is a noticeable woodiness, with metallic, ink aromas. Hazelnuts. Milk chocolate. Coffee. Not unpleasant, but a little on the blunt side.

In the mouth: not at all bad. A decent texture, with a lot of wood spice warm from the off. Rum, raisins. Turkish Delight. Salted caramel, dark chocolate, coffee. Very woody on the finish – maybe too long in the cask. A decent texture to boot, but not especially complex, and the overly sherried style tends to dominate. As with the nose, it’s very much on the blunt side, as if it’s shouting about itself in all caps: LOOK AT ME, I AM WHISKY – okay, okay we get it.

I’d certainly put Aldi’s Glen Marnoch 28 Year Old up there in vaguely the same league the Lidl whiskies, though I don’t think it’s as good as those I’ve tasted from the latter. It’s on par with the blended Glen Alba 34 Year Old perhaps, but cruder than Lidl’s Ben Bracken 28 and indeed some of the cheaper single malts. Still, at this price, and at that age, I do like the statement both supermarkets are making.

Thanks to Greg at Great Drams for the sample! 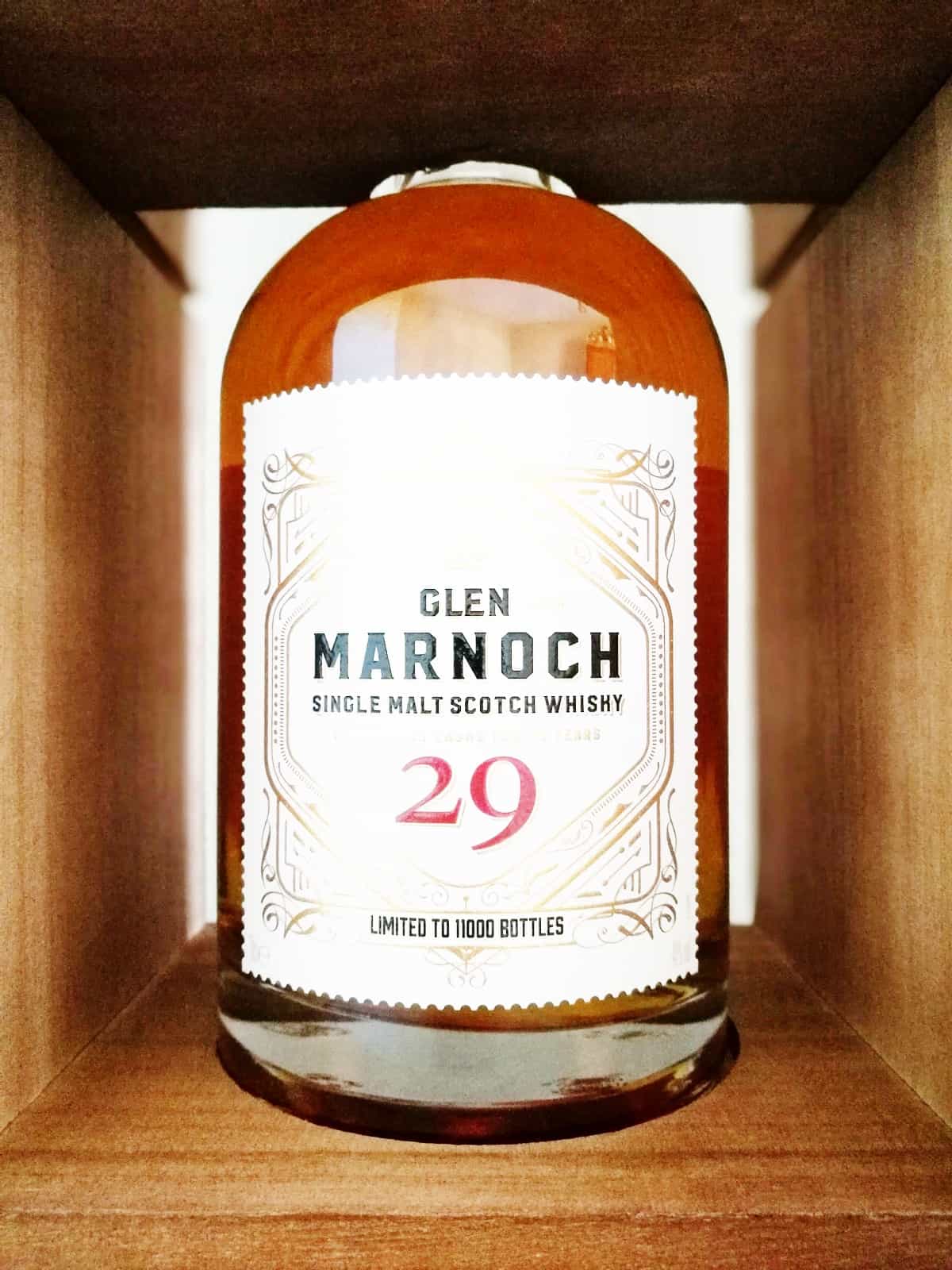 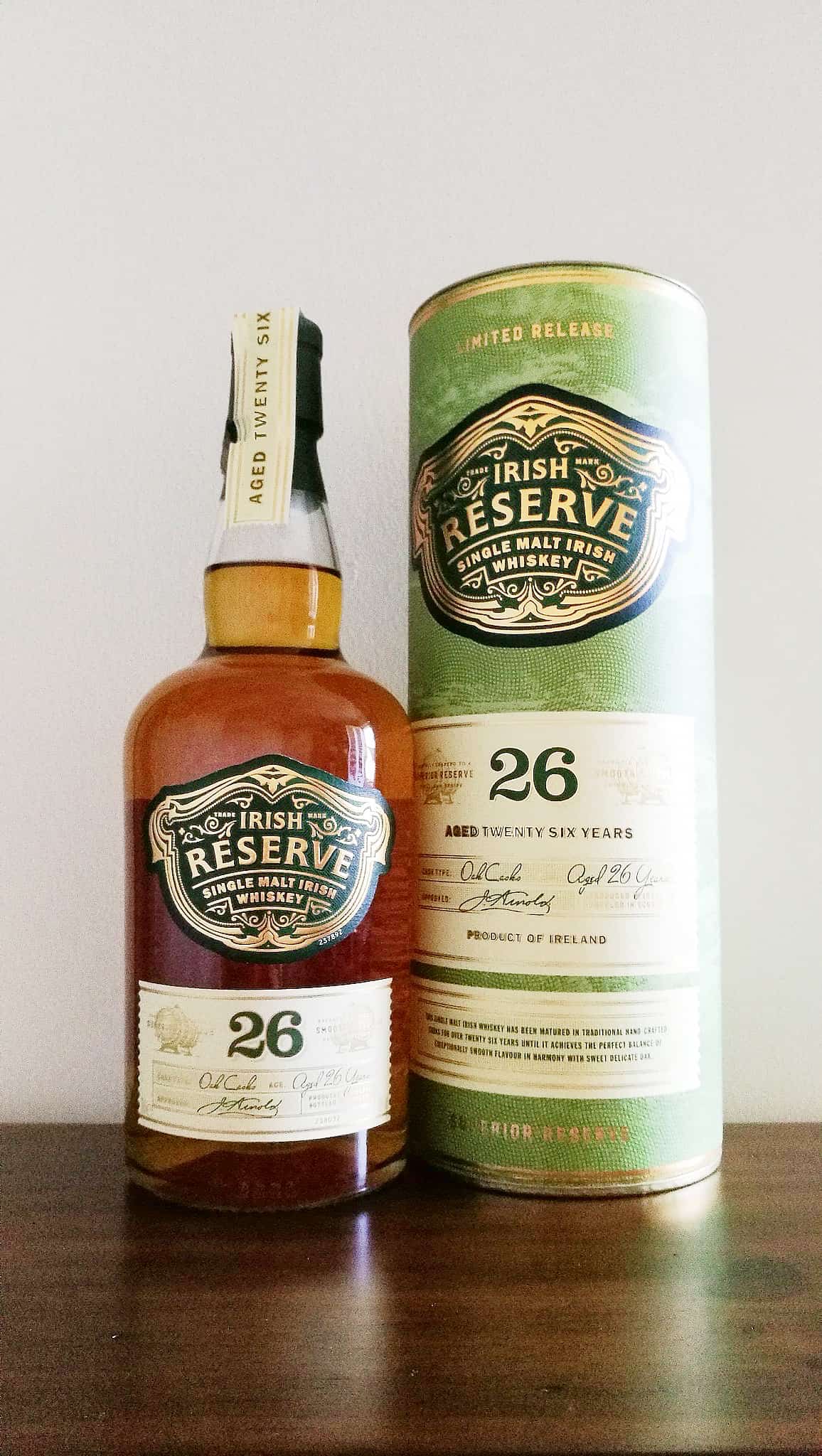 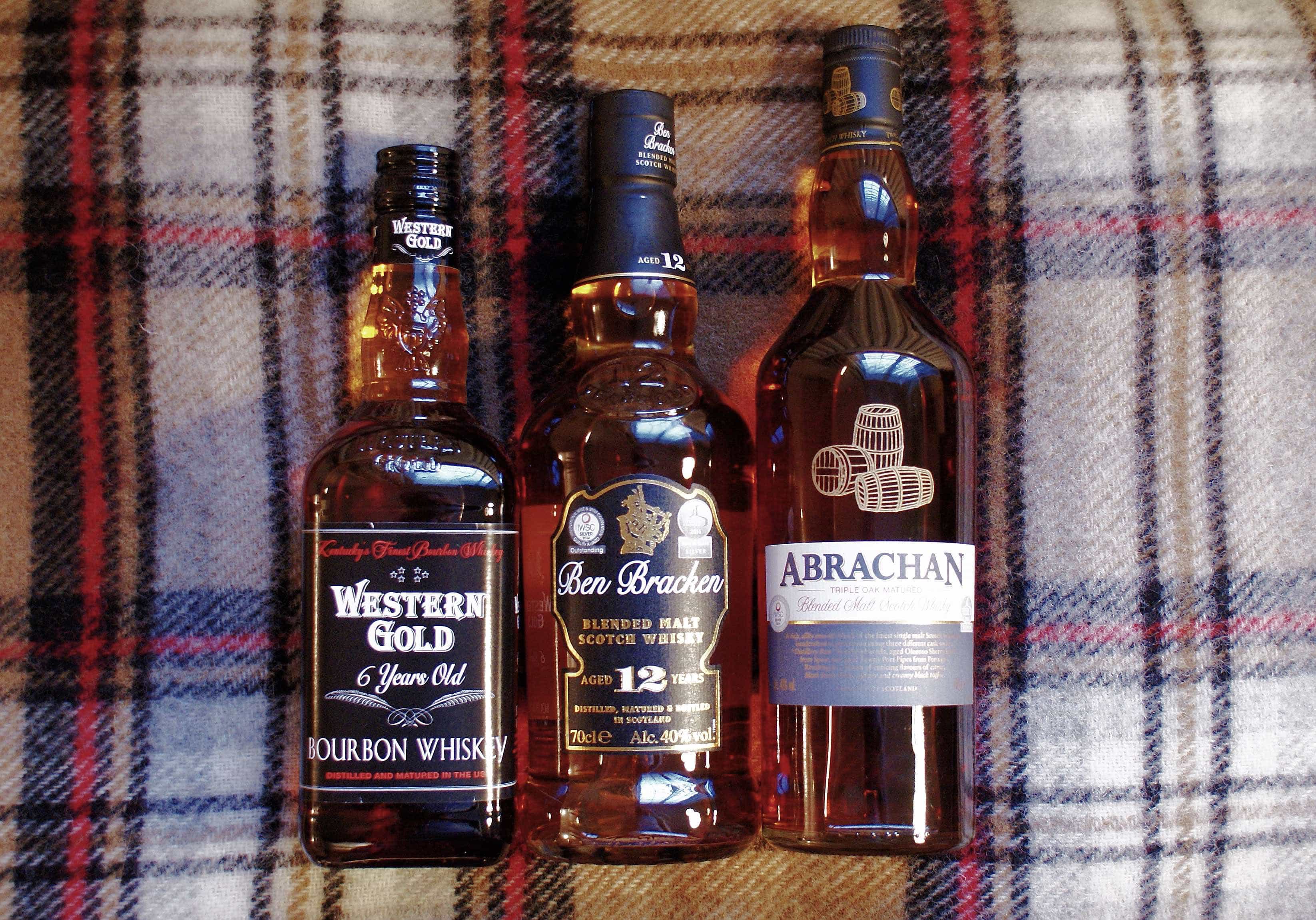