Buying on impulse is often the source of wonderful surprises. Whisky unfortunately isn’t a realm where you can make those on instinct snap decisions unless you’re in the supermarket, as nowadays a good malt costs… well likely too much for many.

Admittedly this Glenlossie was an impulse purchase whilst I was visiting Cadenheads in Edinburgh. I’ve stated before that I always visit with a pre-programmed shopping list and with the chat in the shop, or the odd sample, I often leave with the list torn to shreds and new whiskies to enjoy. On a recent autumnal visit to the shop, which is in the Canongate area of Scotland’s capital, shop chatter turned to the infamous blackboard.

On this board bottles come and go. The distilleries are listed alphabetically and many have a tombstone alongside them to depict the closed status. Even for a regular visitor for myself. I’ve never seen some of the rarest names revived with a bottle and price alongside its decaying presence. The good thing about Cadenheads is that the company bottles when they believe the whisky is ready. Yes, they have allocations and bottling programmes to maintain but given their illustrious inventory it’s never a problem unlike say the Scotch Malt Whisky Society, where some whiskies feel forced to meet the X amount of spaces on a monthly outturn.

Whilst we may never see a Brora or a Port Ellen once again at Cadenheads and thus appearing on this blackboard; that’s not a surprise. What is, are the distilleries that are still in production and for a variety of reasons just don’t appear in the independent sector. There are the teaspoon varieties as discussed in my 1979 Glenmorangie review and then the unfashionable producers. Funny thing being, a few years ago Islay wasn’t fashionable and casks were plentiful and easy to come by. Now it’s the reverse.

Glenlossie it must be said is not a big name in whisky, nor does it have legions of devoted fans. However, it does have a reasonable acceptance rate for it’s a solid Speyside whisky that mainly finds itself going into blends with little time for the single malt market. In fact, I can only think of one or two official malts during my whisky voyage. Enquiring about the 22-year-old Glenlossie that had suddenly appeared on the blackboard I was advised that it was originally a specially bottling for Taiwan or China (sorry I forget which) that for some reason resulted in a handful of bottles appearing in the shop. Knowing this isn’t a distillery I stumble across too often or have the opportunity to write about, a bottle was placed into my stockpile for collection at a later date.

The distillery itself has actually been around for longer than you would believe. I know Speyside is bolstered by several distilleries that were put up in the 1960’s and most of these are workhorses for blends and lack any visual enticement if you’re driving past. Glenlossie is today owned by Diageo and was established in 1876 by a former manager at GlenDronach. It’s experienced a reasonably mundane existence being taking over by the Distillers Company Limited in 1919 before being badly damaged by fire a decade later. This isn’t a tale of woe along the lines of Banff distillery. As DCL were moved into Scottish Malt Distillers it eventually passed into the hands of the Diageo that we know today. 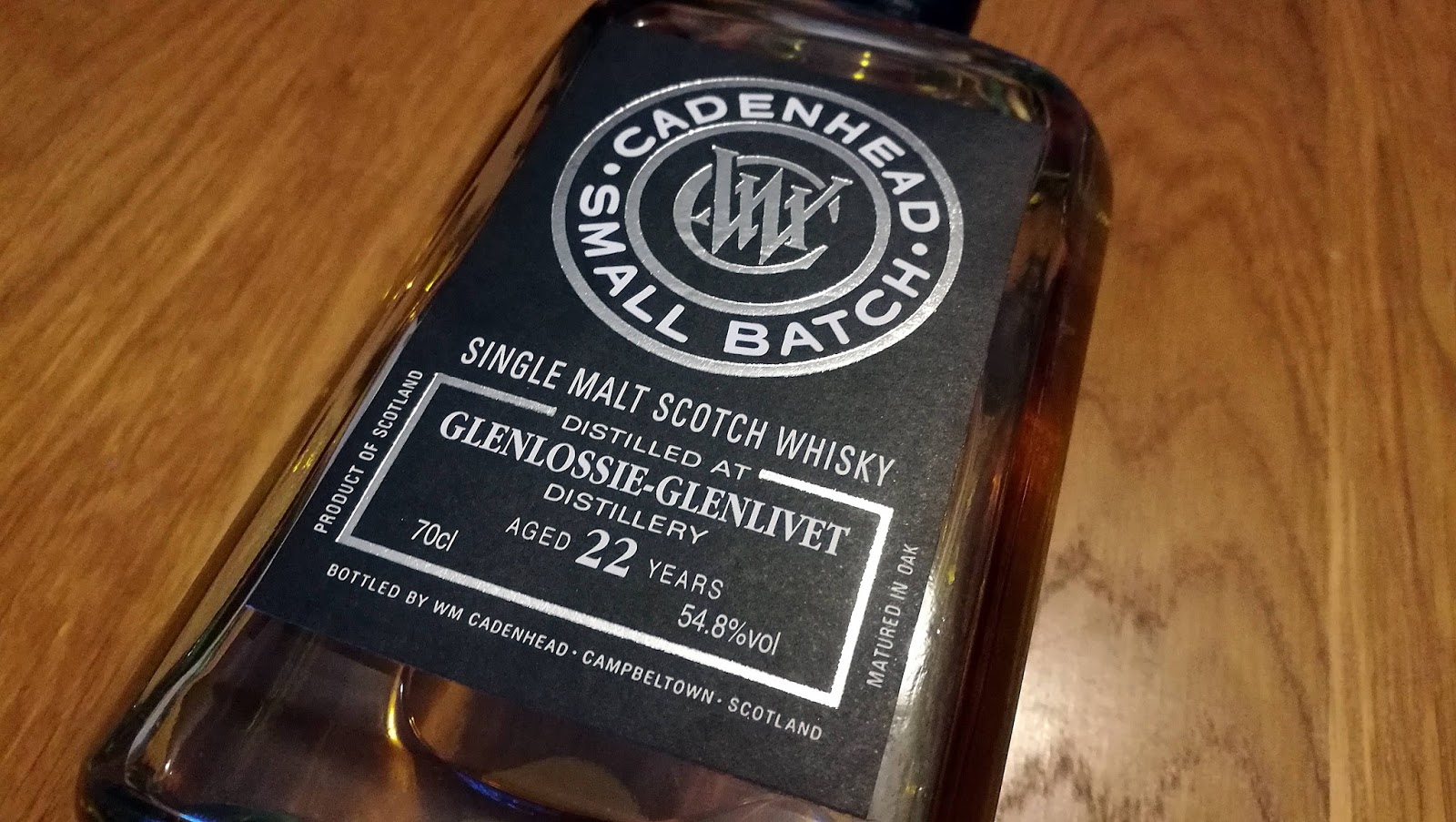 If you want to try an Glenlossie then its more than likely, you’ll have to go down the independent route today. It has lacked the support from any owner to establish itself as a single malt. Compare it to Tormore that only burst into life in the 1960’s and has enjoyed several bottlings across the decades. In comparison Glenlossie has the Flora & Fauna edition that you can still stumble across for sale in many Diageo distillery shops, as no one gets excited about Glenlossie. It was also represented in the Manager’s Choice range which was very limited release and that’s your lot really.

For £70 I purchased this bottling that comes from a single bourbon hogshead resulting in an outturn of 210 bottles at a strength of 54.8%. On paper that represents good value much like the 1993 Cragganmore bottled at 22 years by Cadenheads that I reviewed towards the end of last year. Lets see if the value carries through to the experience itself.

Colour: sanded pine
On the nose: punchy initially with icing sugar, white grapes and vanilla. Water is certainly required and this brings out some surprises such as cinnamon and limes. Then we divert into sweetness with golden syrup and apples. The quality of the spirit shows through and its diversity wine gums and caramel.
In the mouth: initially its a fruity mixture smothered in honey with apples, kiwi fruit and a little melon. Water brings out more vanilla and a hint of cinnamon, more syrup and bananas. There’s a herbal note as well, caramel and chopped wood before we move into the finish with pear drops and waxed lemon.

Those that joined me on Instagram Live for this tasting will have seen this go down rather well and how necessary water is. One of those Speyside malts that slowly reveals its charms. It’s not a blockbuster or show-off but a solid crowd pleaser and I’m happy with that status.