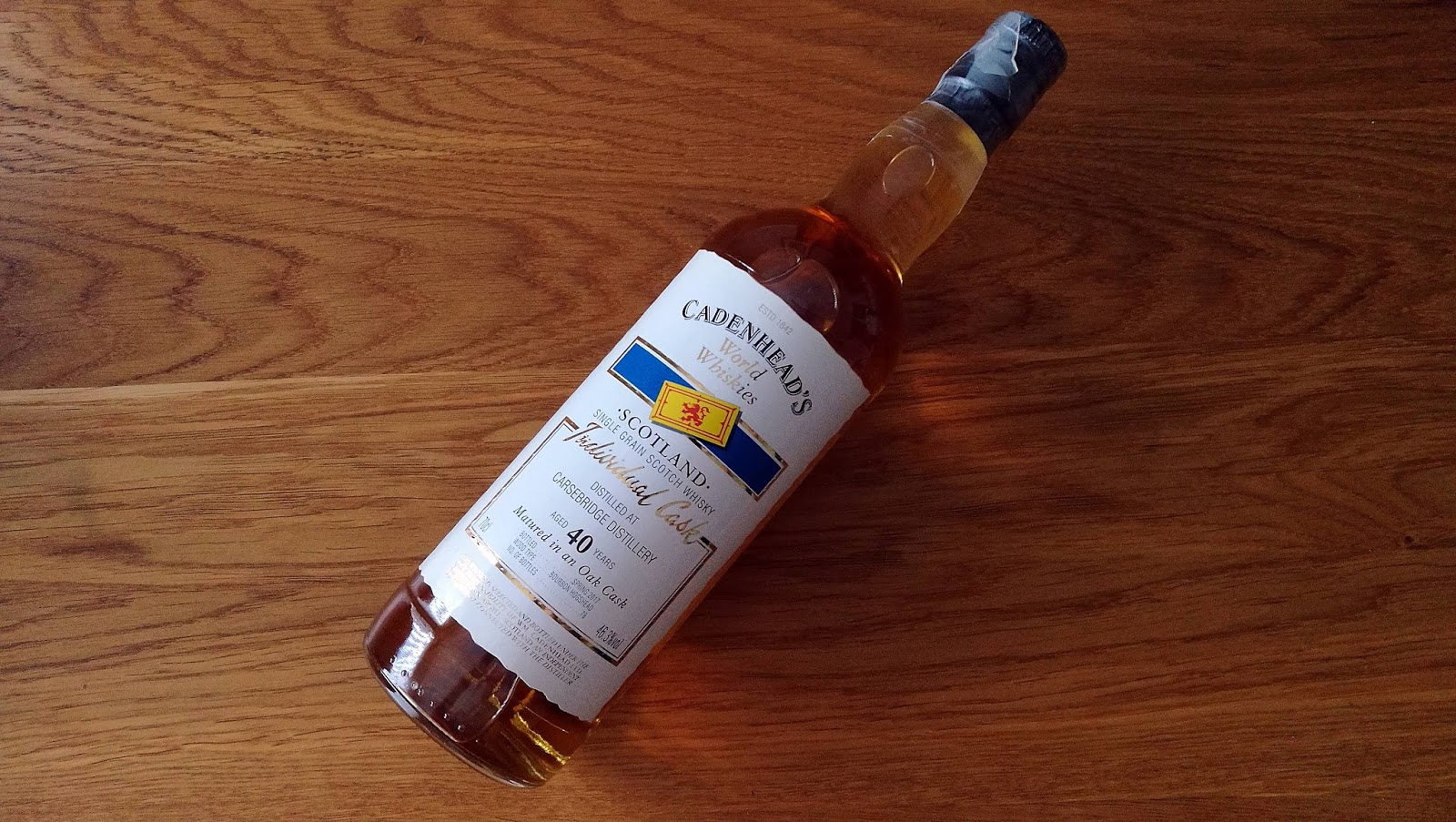 If there’s one flaw in the formidable arsenal of the Malt Whisky Yearbook, excluding some of their suggested whisky websites to follow, it’s the Closed Distillery section. Whilst I appreciate size is always a limitation, the content itself feels squeezed into an ever decreasingly smaller space annually. If anything, we should be remembering these distilleries more with the passage of time. Ultimately though, the main criticism I have with the section itself is that it totally excludes the grain distilleries of Scotland.

These did and continue to form the backbone of Scottish blends. Many names have slipped out of production into the history books. Existing today as mere empty shells of their former glory (Dumbarton), adapted for other use (Cambus) or completely demolished, which takes us nicely into Carsebridge distillery.

Thankfully Brian Townsend with his definitive Scotch Missed series of publications does not instigate a divide between grain or malt. A lost distillery is entirely that. Previously at Whisky Rover I’ve reviewed the excellent Douglas Laing Old Particular release from Carsebridge, which was bottled at 33 years of age. Almost a festive dram, it seemed to be a harmonious existence with a very active cask almost injecting sherry-like flavours into the final whisky. For this release we’re upping the vintage to the mighty 40 statement. For grain whiskies this is fertile territory, when what is in reality a more benign-type spirit begins to wake up from its slumber and produce evocative whiskies.

I’ve said it before and I’ll say it again that 2017 is shaping up as being the year of Cadenhead. We’re, well, almost enduring a monthly onslaught of excellent releases. This Carsebridge formed one of the attractions of the February outturn and would have set you back around £180. Yes, a bit of a bargain even for a grain whisky but that’s the attraction of Cadenhead’s and their approach to unleashing casks.

Carsebridge itself was closed like so many others across Scotland in 1983. This particular bottling was distilled in all likelihood 1976, when the whisky lake was starting to overflow and demand for Scotland’s national drink hit the rocks. The Carsebridge site was an impressive scale from existing aerial photographs. Even when Alfred Barnard visited the site in the 1880’s it was an impressive sight. Being one of the largest in Scotland, an almost industrial operation to keep the spirit flowing and just 7 mashtuns and 25 washback’s. Today it’s mostly a business park with some of the warehousing being used by Diageo, as its central location in Scotland is still very convenient.  Funnily enough it was the lack of access to the original site that was one of its downfalls. 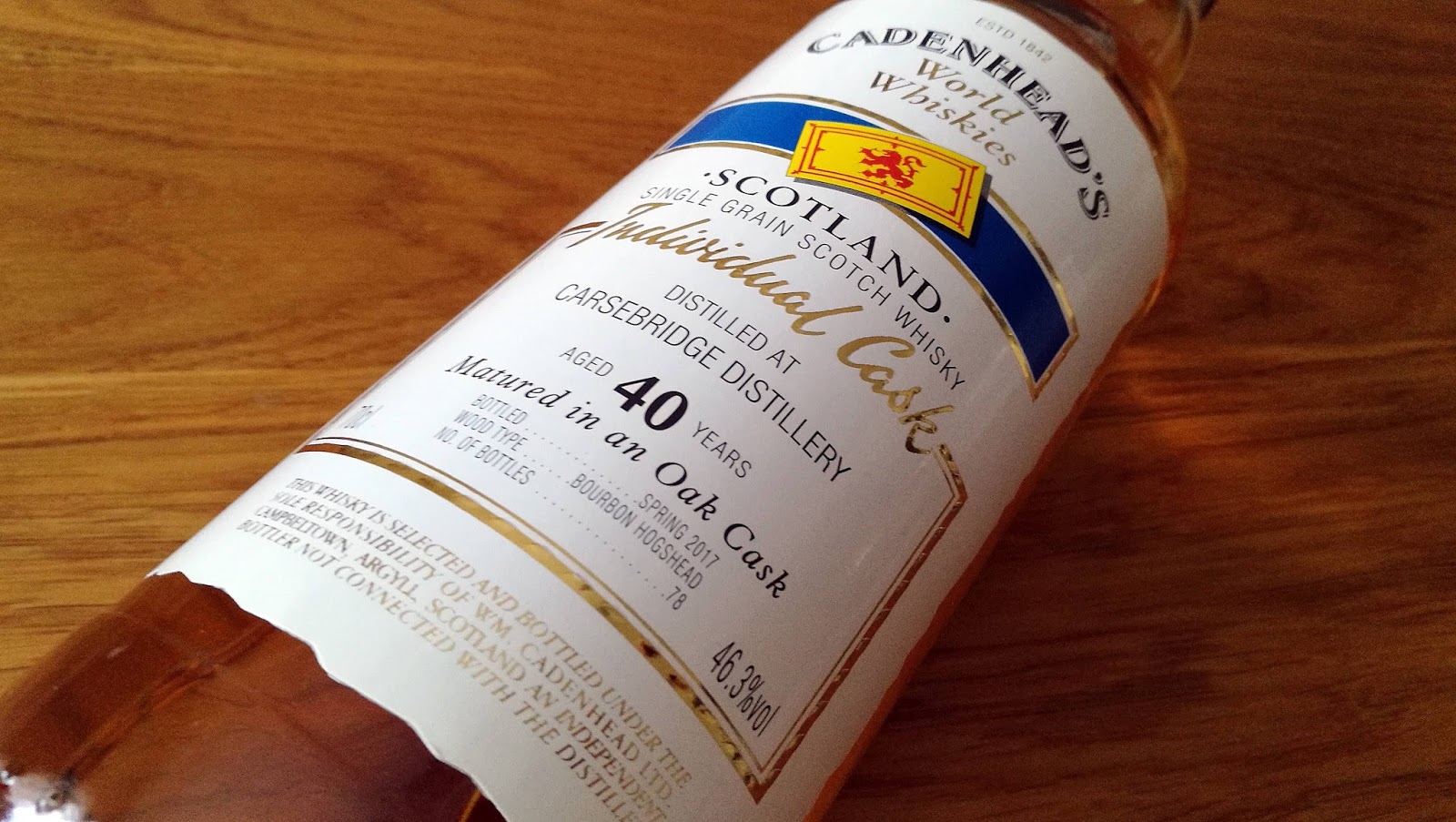 Bottled at 46.3%, just 78 bottles were harvested from the cask after 4 decades’ slumber. Needless to say this one sold out pretty much even before it had landed in Cadenhead stores. That’s the age of whisky we live in nowadays where enthusiasts have to struggle with the auction flippers for a bottle of whisky, which we’ll now sit down with and explore. Truth be told, I actually had a wee taste of this in January and knew it was a whisky I had to pursue.
Colour: ash wood
Nose: a light honey arrival, a touch of syrup almost resin-like and there’s a noticeable vanilla creaminess. Cinnamon bark, almonds, caramel wafer, red apples and a little rose water.
Taste: big initially arrival and then it goes a little quiet for the main body before a dazzlingly long finish of apples and salty chocolate. Returning there’s plenty of fruit with peaches and kiwi fruit. Almonds once more, pine cones, mangos and some aniseed.
Overall: well I’m happy with this historical flashback. A very distinctive grain, but then aren’t most Carsebridge’s nowadays? Fair pricing from Cadenheads as well it must be said. Roll on the next outturn.
CategoriesUncategorised