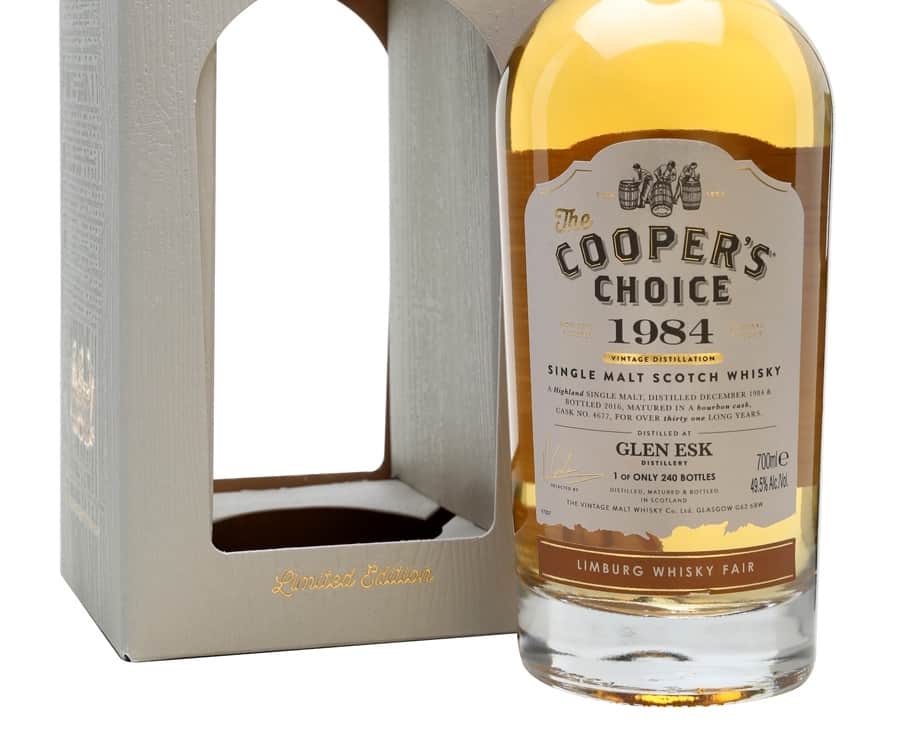 Glen Esk, or perhaps more accurately Glenesk Distillery. Or once North Esk. And before that Highland Esk, if you go back to 1897. In fact, for a short period around 1938 the distillery – under the ultimate ownership of the National Distillers of America – pumped out cheap grain whisky under the name Montrose.

Oh, and not forgetting its transition to Hillside, when it was converted back to a malt distillery – in fact, you can pick up a bottle of Hillside in Diageo’s old Rare Malts series. Either way, I’m pretty sure it’s not Glen Esk as two words. Who knows? It has had a lot of name changes, settling with Glenesk in 1980. Which was just 5 years before it closed for good. These days the Glenesk site is the home of the Pauls Malt Ltd maltings (owned by the Boormalt group) so the place is still engaged in the business of making whisky in some sense. 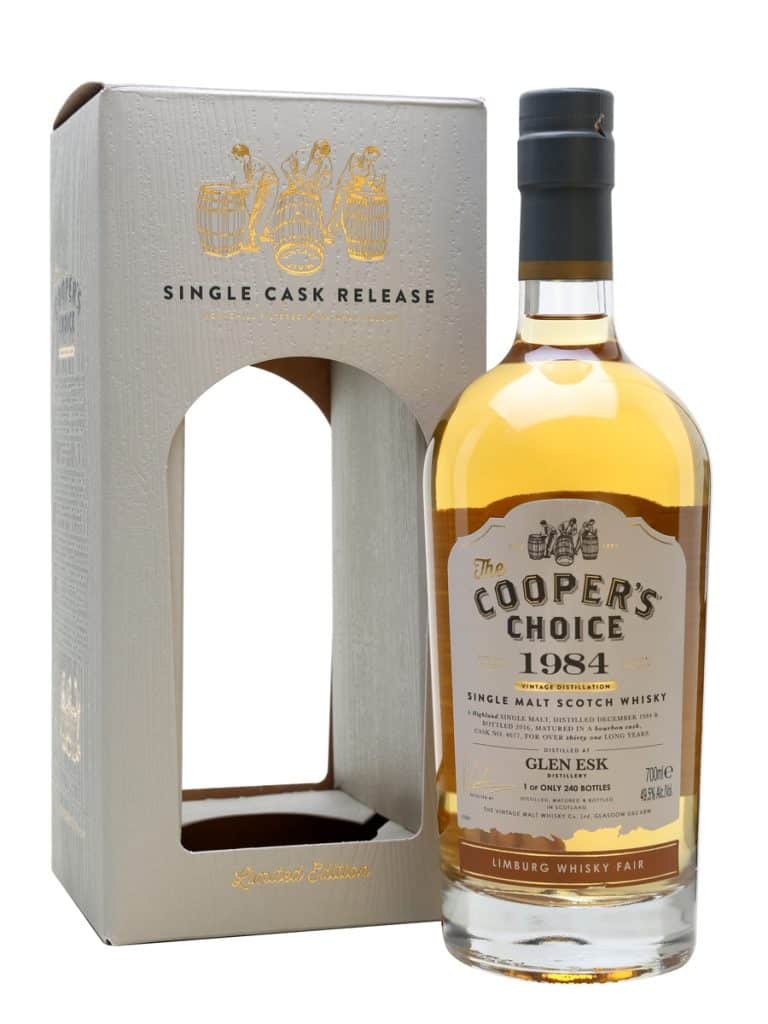 On the nose: extreme elegance for something so old. The vanilla is certainly prevalent, but it comes with a lovely expression of green apples, mango, peaches and apricots. Pineapple too. Cut grass and digestive biscuits. Quite prickly with some fresh chilli heat too.

In the mouth: the lead of grapefruit is balanced by toffee fudge and some nice malted milk biscuit and barley. Some heat from the wood, and a touch of black pepper, but not much. A nice grassiness, bringing some lovely minerality. Cider vinegar and just a hint of mead. Baked pears in syrup, but this very much hangs about in the acidity end of things towards the finish. The nose was more interesting.

Very pleasant. Not particularly forthcoming with character or complexity considering its age, so I think the casks were not of the finest quality known to the whisky industry. But that said, it absolutely has its charms. Definitely one for collectors though. This is more an example that, though some might fall over themselves to praise an old whisky because it’s an old whisky, I believe this one is just simply a decent dram. And there’s nothing wrong with that is there?

And now for something completely different. Yes, it’s a Glen Esk otherwise known as Hillside and just when you considered that there weren’t any casks..