Diageo’s Flora & Fauna range was a brave attempt at the turn of the millennium to highlight distilleries within its sizeable portfolio that traditionally provided just blending material. Many of these distilleries were relatively unknown and had never enjoyed a specific single malt release prior to the range.

On paper then its sounds good, especially as the majority of the bottlings were very affordable and comprised of age statements. Remember this was just prior to the current whisky boom and the switch by consumers from blended Scotches towards the perceived quality of the single malt expression. Unfortunately, the bottlings were heavily engineered to ensure consistency over a large outturn from a distillery. This approach smoothed out the little nuisances that make single malt and distillery characteristics so engaging. The final problem was the sheer amount of artificial colouring thrown in and it now looking back, it seems like a missed opportunity.

There were some interesting bottlings with the rarest and most sought after being the glorious Speyburn release. Diageo having sold the distillery shortly after the initial batch of Flora & Fauna’s had to cease from continuing to support a bottling. Then there were the solid and popular expressions from Bladnoch, Mortlach and Rosebank that are still held in high regard by fans of each distillery. Then there was the Pittyvaich, which served to remind us why this distillery had a short shelf life and even today fails to warrant attention. The Balmenach was another good but collectable bottling that I’ve enjoyed as well.

If you’re visiting a Diageo distillery whilst in Scotland, then the chances are high that you’ll see the remnants of the Flora & Fauna range on sale. These can include Auchroisk, Berinnes, Linkwood, Mannochmore and many more besides. Priced at £45-55, depending on which distillery, they are affordable and continue to highlight these overlooked producers that continue day in day out, to produce whisky.

A recent trip to Blair Athol distillery, heralded a trio of Flora & Fauna samples due to driving duty. Now back in the comfort of my whisky den, I can sit down with the rarely officially bottled Blair Athol, Benrinnes and Teaninich.

Bottled at 43%, this is still widely available for around £45.

Colour: a lot of artificial colouring here giving us a rich honeycomb.
On the nose: from the off its fresh wood shavings and a little honey laced with ginger. Returning to the glass a little orange peel marmalade, ground almonds
In the mouth: well-rounded on the palate if a little dull, a brief sugary sweet arrival quickly moves into a dusting of walnuts and dried orange peel. A noticeable nutty characteristic with some bitterness from the wood and a vanilla finish with white pepper.

Overall: there’s nothing to dislike here, a perfectly approachable and solid whisky. It’s not great or above average whatsoever, but one you can start an evening with, or share with those new to whisky. 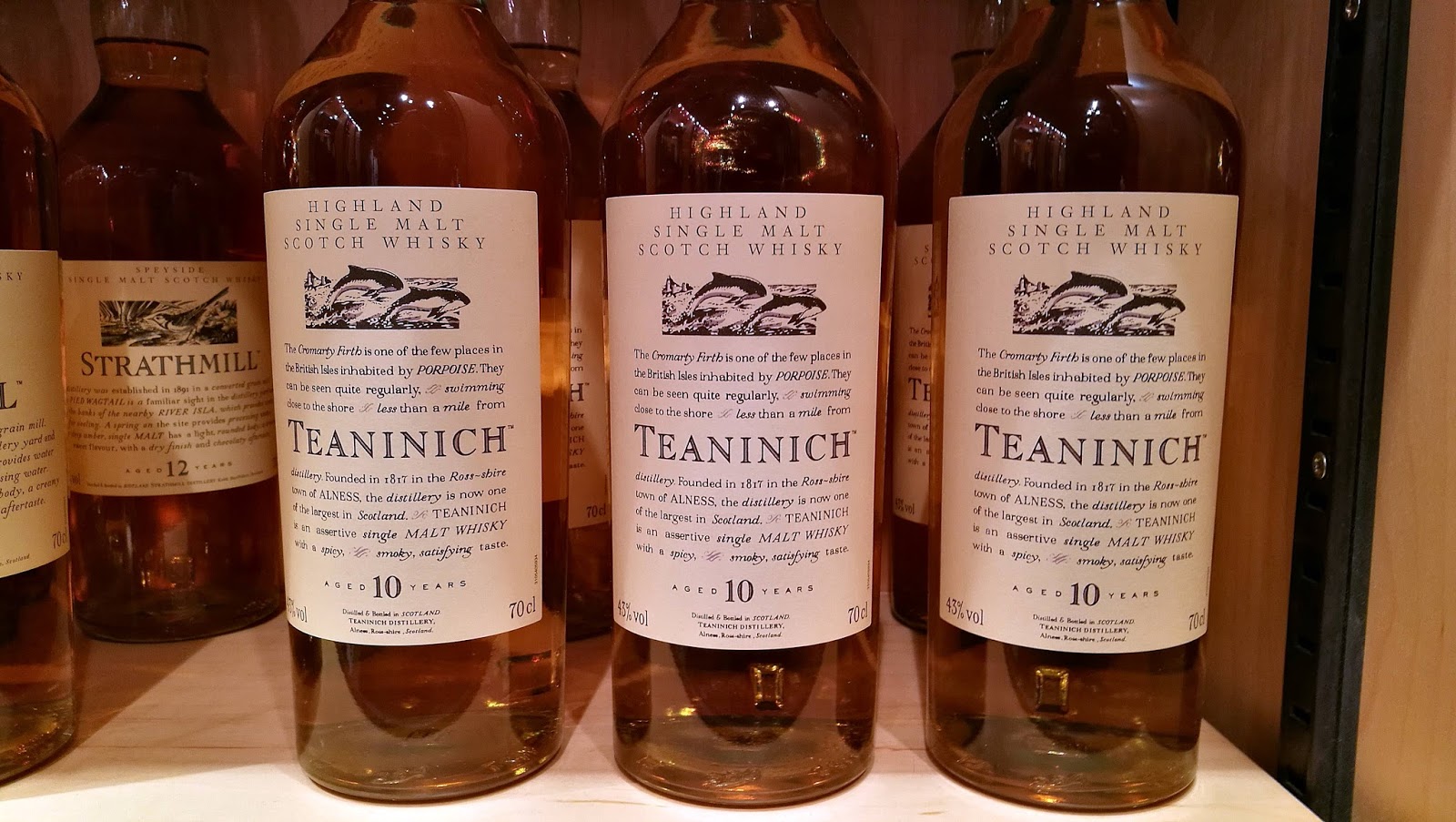 Bottled at 43%, this is still widely available for around £50.

Colour: orange peel.
On the nose: more sweetness on arrival with squeezed oranges, creamy toffee and some dark chocolate. Certainly some sherry casks in the mix here with all-spice, varnish and cinnamon.
In the mouth: I’m slightly led to think of ginger ale here with an off-putting aftertaste. In-between you have your classic sherry notes with nuts, oranges, chocolate and those spices on the nose return.

Overall: another solid whisky but not one you’ll lust after I feel, it lacks the mental aspect of the older sherry dominate releases I’ve had from Benrinnes. These can be truly bonkers whereas this feels a little sanitised and restrained.

Bottled at 43%, this is still widely available for around £45.

Colour: olive oil
On the nose: a very green presentation with apples, olives and kiwi fruit but there’s also spice with vanilla, cinnamon and bay leaf. Then your traditional cask influences with almonds, caramel and hazelnuts.
In the mouth: more gentle and rounded on the palate with the vanilla coming through. Dried banana chips, milk chocolate, salted peanuts, toffee and a buttery finish.

Overall: of the trio this is the leftfield option and very distinctive, which is what we associate with the distillery in Alness.

Retrospectively, a higher strength, less artificial colour and less tampering would have allowed all of the distilleries in the Flora & Fauna range to show their true colours. These aren’t desirable whiskies or distilleries, but the range shows that just because a distillery lacks a single malt presence doesn’t mean its right. Each of this trio warrants further attention, as do many within the Flora & Fauna range. So next time you’re distillery visiting take a chance on an unknown contender and take a chance.

Taste: 59.47 A dram for Shirley Valentine

Now we reach the end of our trio of membership samples from the Scotch Malt Whisky Society. These act as an introduction to the society..