Blair Athol distillery is a popular tourist destination, being conveniently situated on the outskirts of Pitlochry, which is a major hub for tourism. It’s a small producer within the Diageo stable, accounting for around 3 million litres annually with over 99% of its whisky heading for the blended market, or 99.7% if you want to be precise. A major component of the Bell’s blended Scotch recipe; it also features in many other popular blends today.

This leaves very little whisky for the single malt market and the distillery, despite its popularity with visitors to Scotland, Blair Athol isn’t a household name, nor has a single malt range to call its own. The most visible bottling was the Flora & Fauna release from 2000, which is a solid example of the distillery at 12-years-old and formed part of my recent F&F trio article. Heavily doused in artificial colour, it’s limited by the engineering of the range, although a cask strength version was also released. It’s the 43% expression that is the most likely Blair Athol you’re going to have tried, or will, given its scarcity otherwise. I should note here that you will see the odd independent bottling now and again on the market with Cadenheads set to release a 28-year-old in the near distant future.

Times change and Diageo has had the foresight to offer visitors to its distilleries more than just a rudimentary tour followed by a dram or two from the deleted Flora & Fauna range. Visitors now expect from the distillery shop something specific to take home for consumption or as a present. Many distilleries cater for this by offering the bottle-your-own experience, but Diageo seems resolute in ignoring this option. Instead preferring some exclusive releases via its Classic Malts initiative, which are a little pricey overall for what they offer i.e. triple distilled or a unique cask finish.

For Blair Athol an actual distillery exclusive was bottled in 2016 with an outturn of 3000 bottles available to visitors only. It is surprisingly scant on details, being a No Age Statement release but at least a higher strength of 48% being utilised. As I write this the distillery has about 1300 bottles left and these should last until the end of the year. Priced at £80 (or £75 with the tour voucher) it’s actually not too bad although we’re limited on the whisky specifics. This could be a very young whisky, more spirit led than cask influence and as such overpriced. The only way we’ll know is by actually trying it and seeing if the experience warrants the asking price. 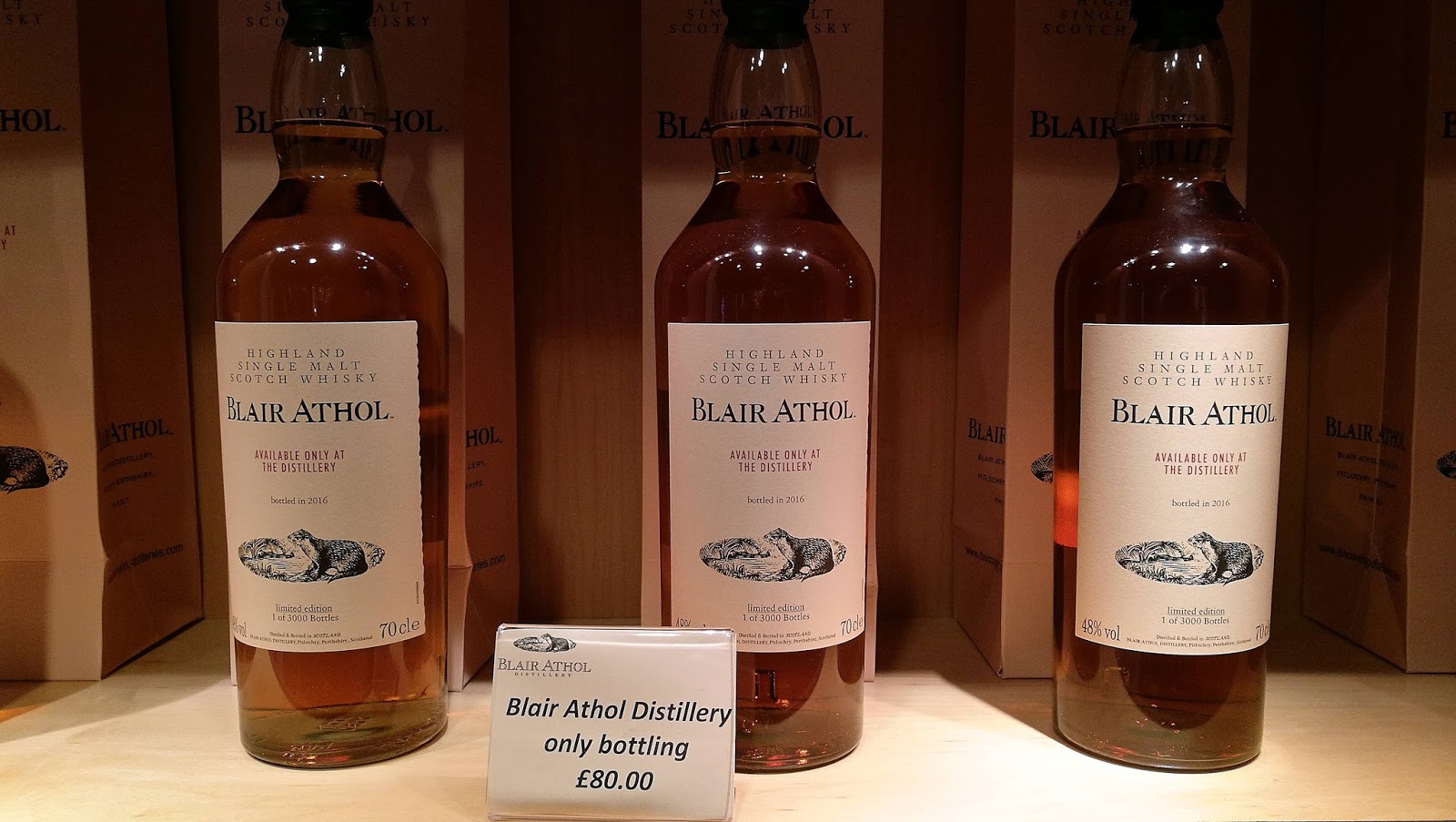 At the end of my recent Blair Athol tour, this release wasn’t offered up as a taster; instead the 12-year-old was passed around to highlight the distillery characteristics. This is still widely available in most Diageo distillery shops for around £45. Whether it’s the better whisky with the age statement applied and £30 cheaper is what we’re about to decide.

Colour: old parchment paper
Nose: a pleasant arrival with barley sweets moving into caramel with the emphasis on sugary honey. A hint of marmalade, red apples with some peanut brittle and vanilla oak. Returning there’s a little all-spice and wood sap. With a little water the fruits are lifted up with more emphasis on the oranges and apples.

Taste: heavy on the cereals hinting at its youthful age and honey. There’s ginger, red olives and stewed apples with plenty of nutty qualities. A little orange and cinnamon that remain faint. Adding water even just a touch reveals the fragile nature of this whisky although the finish is more prolonged and vanilla appears with an oily texture noticeable.

I prefer this over the aforementioned 12-year-old, there’s probably less sherry cask influence in the mix but it’s also by definition less forced, coloured and engineered. Is it worth £75? I feel its pushing the boundaries of acceptability, but there is a degree of scarcity to an official bottling from this distillery. As No Age Statement’s goes its certainly better than many widely available exponents (Bowmore, Laphroaig for starters) and is very drinkable.

A trio of Flora & Fauna