My thoughts on Jura as a whisky are well documented but that doesn’t stop the quest for a decent dram from its shores. I’m sure there are distilleries out there that many readers will struggle to find quality and appreciation for? However, there’s no denying that Jura is widely available and extremely popular at retail, although I still struggle to ascertain why.

Perhaps its price? That probably does come into the equation and its limited palate doesn’t require much effort from the drinker. Then there’s the familiarity of just purchasing your staple bottle of single malt and Jura is at the more affordable end of the spectrum in supermarkets alongside Fettercairn, Glen Moray and Glenlivet. It’s a difficult slog searching for a decent Jura, I could do what most seem to do online and review their whiskies and give a benign opinion just to rattle up some hits and appreciation from the bottler.

Nah, feck it, that’s not my style nor would I mislead consumers out there looking to spend their hard earned cash. Sadly, one Jura that did meet the mark was a 30-year-old bottling from Cadenheads last year that I put my name down for as a laugh. It turned out to be an excellent release and shows that at one time the distillery was capable of producing a good whisky, which just underlines the question for me regarding what’s gone wrong? If you do come across that bottling snap it up, but with only 66 or so bottles produced from that cask, it is very scarce. These samples come from Tom and his whiskyreview online site, he’s a big fan of Jura and we all have flaws as individuals, but I respect his choice.

The danger I face nowadays is that friends and enthusiasts provide me with samples of Jura. It’s as if I need to hire someone to taste each drop of liquid before passing it onto me for consumption. There’s a conspiracy out there to poison my palate and can I say passing on a Jura sample is no longer funny. Even Tom this time around had some regrets about handing over these 2 samples. Rest assured whatever sample I sit down with, its treated with respect and the same routine is followed for each and every set of tasting notes. Whether or not that I enjoy the experience or facing a set of ominous whiskies is irrelevant, you have to suffer for your art after all.

This is something that has been underlined more recently with enthusiasts seeking me out for questions or to thank me for pointing them in the direction of a certain release. It’s humbling because Whisky Rover is just my wee space of whisky banter and it’s for my enjoyment. I wouldn’t create a site or maintain one if it wasn’t something I wanted to read myself. This has reiterated my responsibility to remain truthful, forthright and more independent than an SNP convention.

My view has it’s always been about the whisky and what it constitutes, rather than the person sitting at his laptop for goodness knows how many hours writing this stuff. I’m not a brand nor do I want to be a consultant, a judge or whisky lifestyle fashionista. This is why I continue to refuse interviews; it’s nothing to do with whoever is asking and some very friendly folk have approached me lately. Thanks but no thanks. I feel a stubbornness to keep the whisky in the spotlight and respect those who I’ve turned down previously by continuing to say no. The shadows are where I feel at home even during events or festivals, I’d rather be one of the masses, on the ground level appreciating whisky and paying own my way. The day it becomes more about me and not the whisky is when this site goes archive and I drift off into my whisky den never to be heard of again. Certain companies I’m sure will breathe a sigh of relief at the prospect, as will others who try to maintain sites that offer very little apart from regurgitated official press releases and official tasting notes. 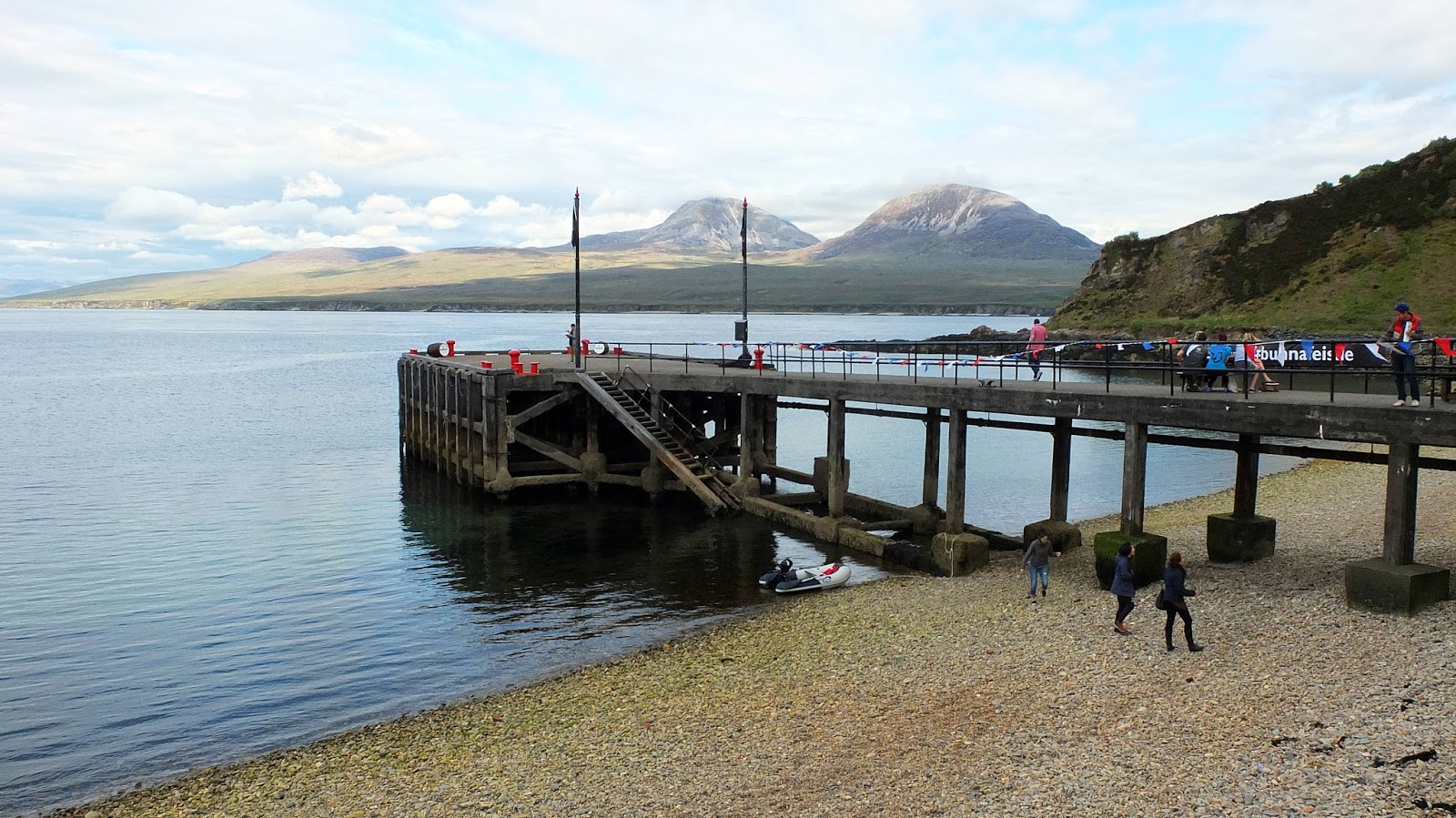 Point made we return to the Jura, which is captured in the photographs above from Bunnahabhain distillery; much more tranquil than any sample photo. It’s an interesting duo that Tom has presented on paper for us. We have a Scotch Malt Whisky Society release distilled in 1988 that escaped me in London for my earlier Jura tasting piece. Around 25 years of age it’ll offer a cask strength example of decent maturation without any of The Nose’s fancy cask tinkering. Then at the opposite end of the spectrum we have an example from Douglas Laing’s interesting Provenance series. The tasting I attended last year on Speyside that focused on the Provenance range was stimulating as some distilleries can be bottled at young ages and offer a valid experience, whilst others clearly need more time. Shall we begin?

Distilled April 2006 and bottled in August 2016 at 46% strength. This is natural colour with no chill filtration applied.

Colour: London tap water
On the nose: very ashy and spirt based on the nose. Light with vanilla and ice cream wafers. I cannot escape brine with the hotdogs included from the £1 bargain stores you see all lined up, accumulating dust. So there’s a salty aspect, with a mineral chalky feature and green apples. Or as The Nose would say very fresh.
In the mouth: youthful and spirit driven. More vanilla with a soda creaminess, a twist of lime and sea shells. White grapes, kiwi fruit with the green apples once more and caustic soda.

Too young and I’d suggest a rather tired cask and some problems with whoever cut the spirit originally. However if you like a certain lightness and a more younger grain whisky, or the Haig Club, then this might be for you.

Released as the Bold Sailors Dram at a strength of 52.4% strength and an outturn of 245 bottles from an ex-bourbon hogshead.

Colour: chicken fat
On the nose: the balance here is more of the cask but the spirit remains strong in this one. There’s an almost gin-like quality to it – is this gin? Really, is this gin? So there’s a botanical freshness with added mint leaf, icing sugar, green apples and sherbet. I’m also reminded of thyme with the herbal edge and Chamomile tea.
In the mouth: well it has a nice sooth texture, like baby butt smooth; is that the saying? A noticeable mineral aspect once again, almost limescale in its destructiveness. More palatable flavours with assorted nuts and toffee rise up from the depths. Wood sap, white pepper and lavender follow suit.

I used to be a Sea Scout and this bottle would have sparked a riot. It’s not bold in the maritime meaning, but it does have something to say. It’s just not my tune. I’d rather stick to Melt Banana, Fugazi or some Carpenters.