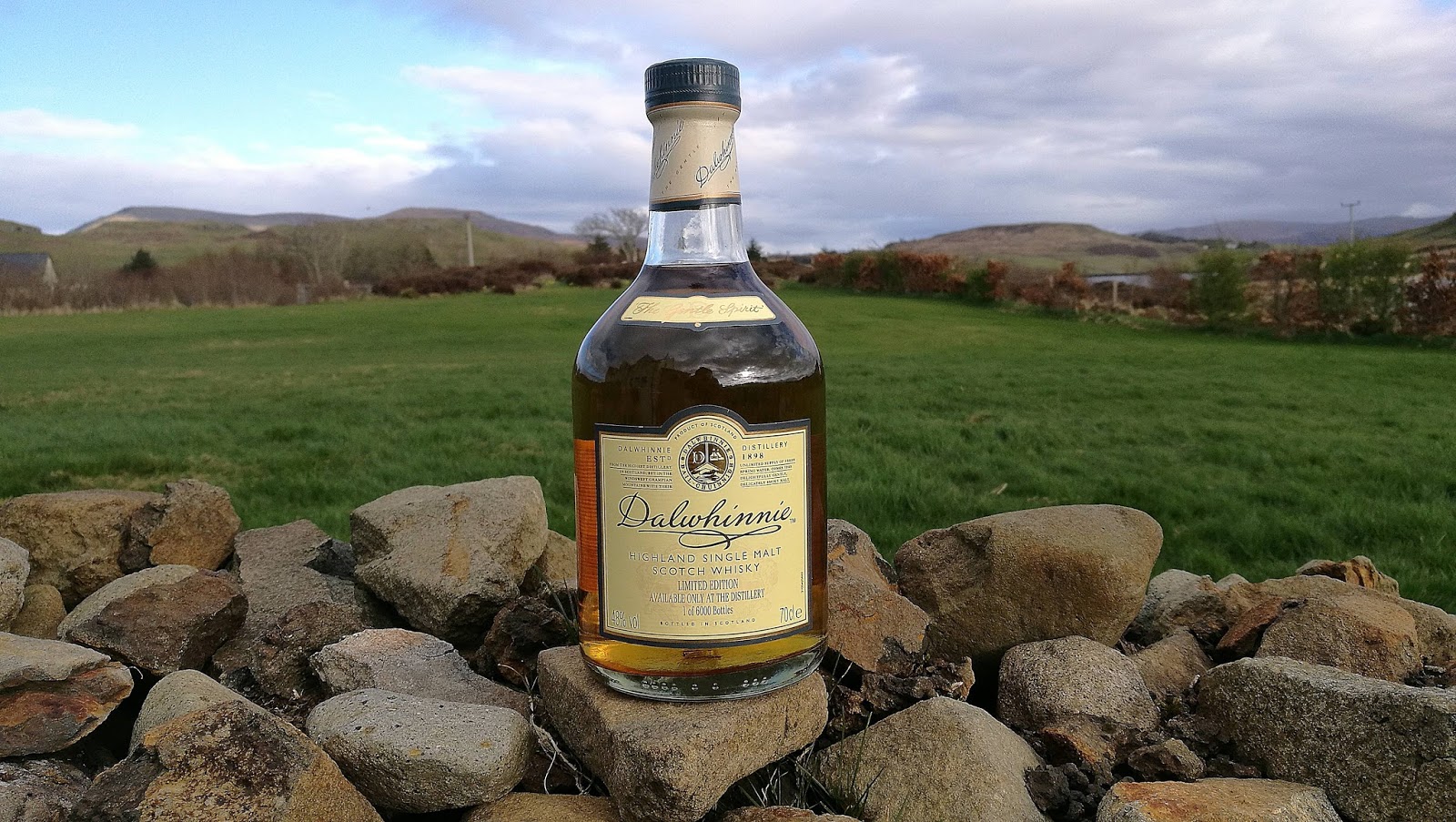 Yes, you read that right. We’re talking about Dalwhinnie and I cannot actually remember the last time I sat down with a bottle from this distillery. In a twisted way it’s a real shame as every time I drive past the distillery whether it’s travelling north via the A9, or around the back heading towards the Isle of Skye, I debate its presence, or lack of.

It’s a picturesque distillery but one that is shackled to supporting the Diageo blends by producing product with a small single malt presence, or that was the case as nowadays it’s a strong single malt brand internationally that is on the rise. What exists currently is the Winter Gold, which is a No Age Statement release with a dubious formula and the 15-year-old that packs as much punch as a slab of soft butter. In 2015 Diageo tried to entice with a 25-year-old as part of its Special Release programme and the fact you can still pick this bottling up easily, speaks volumes not only about the price but how this distillery is viewed by the enthusiast i.e. not highly.

Needless to say when I purchased this distillery exclusive for £90, some friends thought I had finally lost my way and grip on reality. No, that’ll only happen with a bottle of Jura Superstition and for this Dalwhinnie I wanted to continue my discovery of these exclusives that Diageo are introducing across some of their distilleries. About time really, there’s little more disheartening than enduring a corporate tour to be faced with an array of bottles in the distillery shop that can be purchased easily (and quite often more cheaply) at home.

For years that was your lot and clearly something was missing from the experience. Whilst they’ve not adopted the single cask bottle-your-own experience, instead we have these Distillery Exclusive releases that tend to be an edition of 6000 bottles. In terms of pricing so far we’ve discovered the Blair Athol £75, Talisker £80 and top of the tree is this Dalwhinnie at £90. On the whole so far these bottlings have actually been surprisingly ok; no exceptional or great but solid enough expressions. 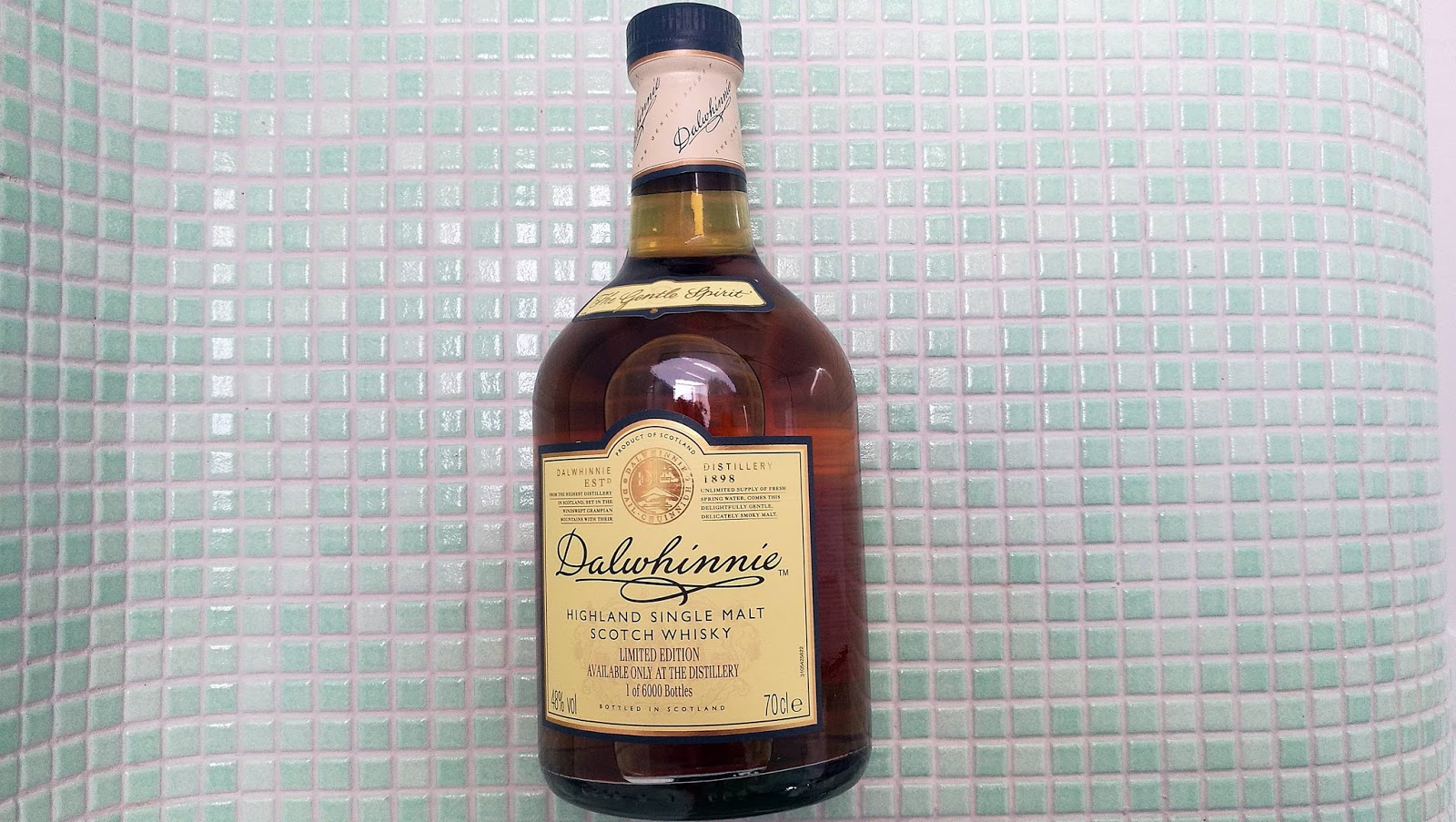 Dalwhinnie itself despite the rugged terrain it calls hall is a relatively light and refreshing whisky. Not hugely defined or bold in characteristics, some may refer to it as a breakfast dram along the lines of Diageo’s Glenkinchie. Bottled at 48% strength, this should have more oomph than the current official range, so let’s try it.

Colour: very golden so I reckon they’ve overdone the colouring sachet.
Nose: initially its red apples wrapped in caramel with some Ovaltine and peach juice. Then a rich tea biscuit followed by cornflakes, so we’re talking about a cereal heavy whisky here with some brown sugar thrown in. By nature, Dalwhinnie doesn’t have much to say in the glass but this one does have a bit of character despite its timid origins. Red grapes and rubbed brass are noticeable if you give this dram time to open up.
Taste: perfectly pleasant on the palate, not hugely detailed nor vapid. More of those red apple and I’m almost tempted to say a brass rubbing as it has that worn depth of flavour, with a hint of mint. Water brings out the marzipan and butterscotch.

Overall: easily the best Dalwhinnie I can recall, although that’s not saying much given its lack of existence independently. However, this doesn’t feel too young and is an ideal aperitif before a whisky tasting with just enough character from the integration of sherry casks into the overall mix.