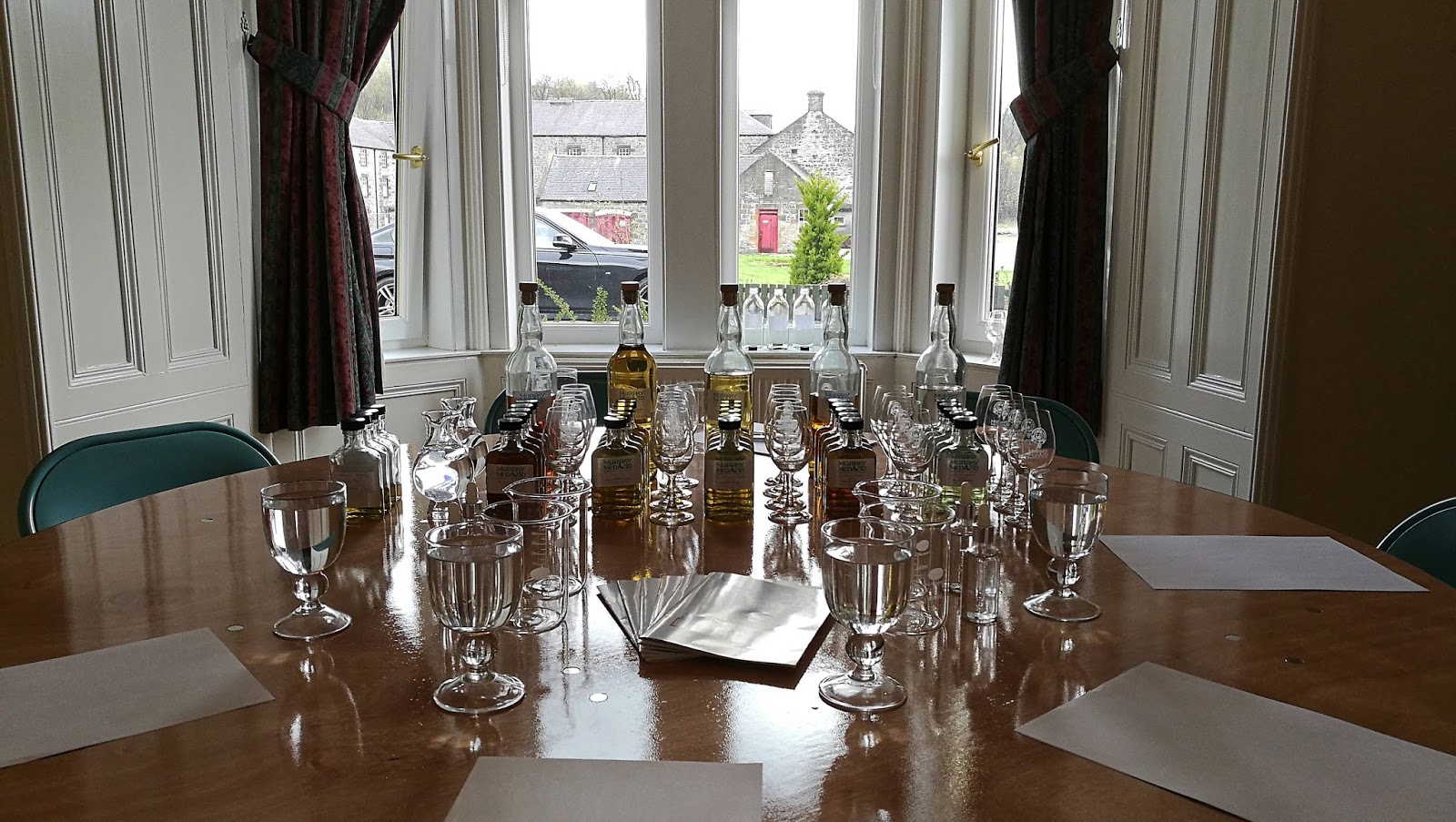 We’re doing things in reverse at Whisky Rover to kick off the Spirit of Speyside Festival coverage by starting with the last event I attended during a marvellous weekend of whisky experiences. I’m consistently surprised by those who admit to me that they’ve never visited Speyside during the festival, which takes place annually across the heartland of Scotland’s whisky industry. It’s frankly a must and is now in its 18th year and features a wealth of tours, tastings and whisky associated experiences for all levels of interest; whether you’re just discovering whisky or into your fifth decade of tasting.

For the last couple of years, I’ve visited the festival with a group of likeminded individuals and Mark, who have somehow become collectively known as #theTormore4. Just have a look online and see what we’ve been up to over the last 2 festivals. When the festival listing is revealed, it’s very much like Christmas as you descend the stairs and enter a room of delights. That struggle to fully digest what’s available and piece together your initial hit-list of events is all part of the joy when attending the Spirit of Speyside.

Our group decided to end our 2017 festival experience with a blending session organised by Murray McDavid at the closed Parkmore distillery. The event didn’t grant us access to this beautiful distillery that is now used by the Edrington group to mature Macallan and is generally in need of renovation. However, the event was held in the former distillery manager’s house that granted us a panoramic view across Parkmore and towards Dufftown. A fairly plush and historical environment was the setting for Murray McDavid’s Art of Blending event. One of the reasons we selected this event was to get that little closer to Parkmore, but also recognition of how much we enjoyed Murray McDavid’s 2016 event held at Coleburn distillery.

Dean from Murray McDavid was our host and probably had the foresight of what he was letting himself in for when we arrived and the banter started. Laid out before us were a series of cask strength whiskies that could be combined to create our own unique blend. These consisted of a 2 grain whiskies and a trio of single malts and whilst this may seem limited on paper, the possibilities that they offered were endless. Before creating our own compositions, we sat down with each of the whiskies themselves and noted their characteristics.

The 2 grain whiskies were dramatically contrasting with the Loch Lomond offering some sense of flavour, whilst the Invergordon was extremely neutral and spirt based. The general consensus from the final compositions was that the Lomond was the base whilst some ignored the Invergordon completely. For my recipe, I felt that the relatively neutral grain must add a little something to the equation if only delivering some lightness and floral character. Hence 10% was included and I felt that this did upon nosing, elevate the overall blend. 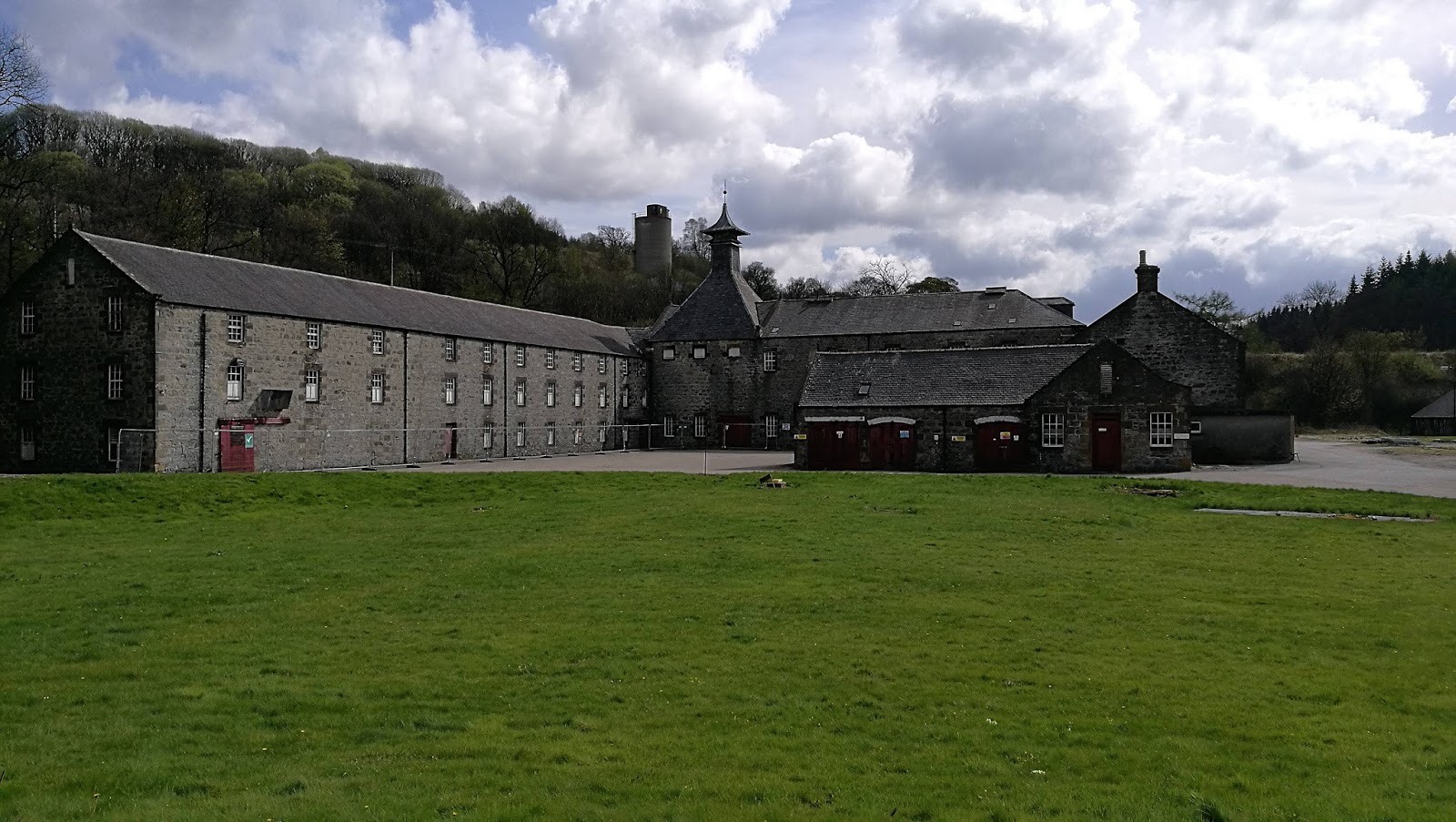 The mood of the room changed dramatically when we began creating our own concoctions. An air of competition and secrecy suffocated the room. Mark being his usual confident self, suggested that his blend was already complete on paper and would be a worthy winner only to change tact midway through the upscaling of the blend. It must be noted that as the designated driver, my own blend was based purely on nosing which was a challenge in itself. Piecing together the characteristics and then seeing how the blend developed initially in the glass. Some trial and error was required. Dave being the master of psychological warfare, opened his box of tricks to try and confuse his opponents with a barrage of fake news and disruptive comments.

A rival noted my passion for old blends and the experience I could call upon. Initially I had decided upon the name of my whisky as the scunnered having had to translate this local terminology to Dave after a Twitter comment. It also reflected that I was a little bamboozled initially by the possibilities and pressure of competition; not that I would divulge this to the rest of the table. Mark was correct for a change, as I was indeed taping into my knowledge of blends and the bygone era of a higher malt content. I felt that the others would be going for a 60/40 split in favour of the grain spirit whereas my whisky was more a middle shelf occupier and an added touch of luxury with a 40/60 ratio.

The malts on offer were diverse in their presentation. The Glentauchers upon nosing displayed a fruity and citrus quality that would produce a lovely dimension, but I felt had to be used sparingly given the level of grain already present. The body of the blend would be formed by the Glenfarclas from a sherry butt, with its red fruits and deep flavours that would combine well with the earthiness and peat of the Caol Ila. The temptation was to put as much of the Islay whisky into the mix as possible, which Andy being the resident peat-head did upon nosing his creation. As a group we’re all partial to a dram of Caol Ila and this attraction had to be resisted, as I felt it should only be used as seasoning and just enough to work alongside the Glenfarclas. Speyside’s second finest distillery accounted for 30% with the remainder going to Islay and then the maths too upscale the blend!

Dean noting the level of skill and talent within our group offered the olive branch of peace with a group blended effort. This rebuilt the bridges between the four divided competitors until we had the opportunity to try our efforts and then the storm clouds of criticism washed down upon us.

Throughout these blending events, Murray McDavid were taking a sample of each creation to judge for an overall undisclosed prize. Given the high standard across our group I felt that my own blend was in with a reasonable chance alongside those of Dave and Andy. Mark I believed had misjudged the nose of his whisky although returning to his creation later that evening did show an improvement. Whilst the prize and winner remain undisclosed at the time of writing this piece, I do have my own blend to review below for a bit of fun. I’ve also been entrusted with the Tormore 4 creation and just a wee drop of this nectar was utilised for the following tasting notes. 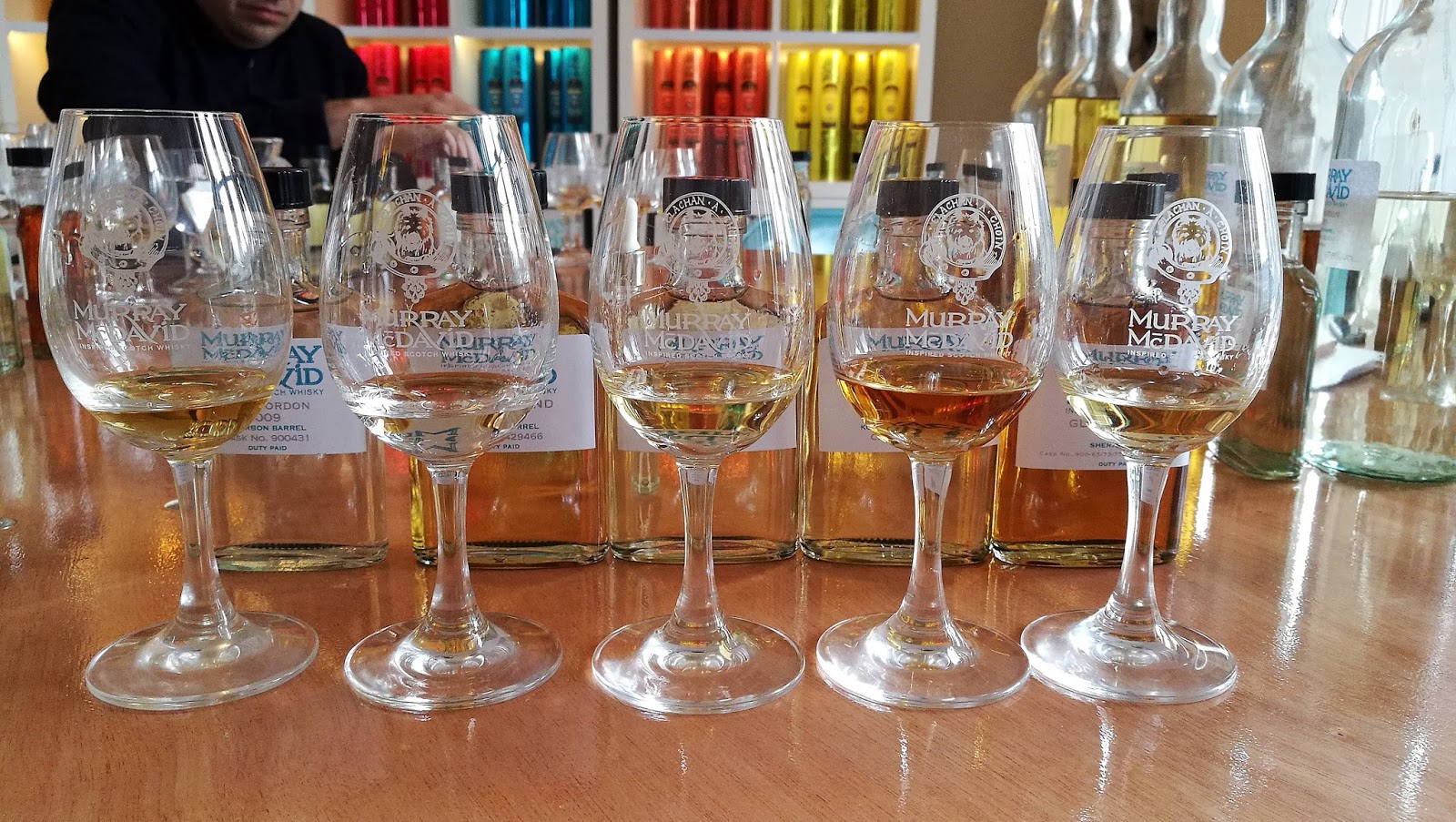 Colour: an ocean of gold bullion
Nose: a buttery arrival that moves into honey with a slight hint of ginger. Golden syrup with a wisp of smoke and cranberries. It’s a complex nose with the Glenfarclas qualities reaching out of the glass amplified by the present of Caol Ila. A little salted caramel and beeswax follow, leaving you bewildered where this blend will go next. Water reveals a hidden room of raspberries with an earthy floor and chocolate shards.
Taste: perfectly judged arrival of peat that lingers across the palate. A crushed array of almonds and hazelnuts with a ginger sponge. Strawberries dipped in dark chocolate with black pepper, blood oranges and a liquorice finish.

Overall: I’m very happy with my creation given the virtual blindfold of being a driver. If I was being overtly critical, I’d suggest a slightly lower strength but it packs a punch and represents a fine effort.

Colour: more bling than words can express
Nose: heavenly arrival with a barrage of wild flowers and forest fruits. A decaying tree trunk rests nearby providing some earthiness, resin and vanilla characteristics. Apricots, caramel shards, pears and fleeting marsala aspect.
Taste: incredible luxurious body and a powerful punch. Gone are those flowers and they’re replaced by giant shafts of chocolate, toffee soil, juicy apples and wine gums. A behemoth of whisky. Forget driving through a forest in a Maserati, this jet fighter owns the terrain, sky and beyond.

Overall: given the 4 minds behind this concept it was going to deliver, but in all seriousness it features the same whiskies as my own creation but deployed in a different fashion. Both results are tremendous, but entirely different.

This blending event made for a fun few hours and a perfect end to our Spirit of Speyside festival experience. These types of events are available at some distilleries such as Glengoyne and allow you to experiment and appreciate the effort of master blenders. There is a degree of the unknown as you combine whiskies and new flavours arise. Unlike painting, the mixing of colours to produce something new can be controlled with expected results, but for whisky there’s still a sense of the unknown and a new discovery. Our thanks to Dean and Murray McDavid for being such accommodating hosts; we’ll look forward to seeing what they have in store for the festival in 2018.

Shortly after completing this article the Murray McDavid results were announced online. Now I could go back through and re-edit my thoughts to look like some kind of genius but I’ve left it as I intended. The winner actually was… well a joint winner with best nose, which I shared top billing with @ShetlandStuart. Mark did pick up a prize for the best concept as he’s into his marketing blurb and outlandish comments, this didn’t come as a surprise. Henrk won the overall prize and the remainder of #theTormore4 were left to bask in the glow of my talent. Until next year…