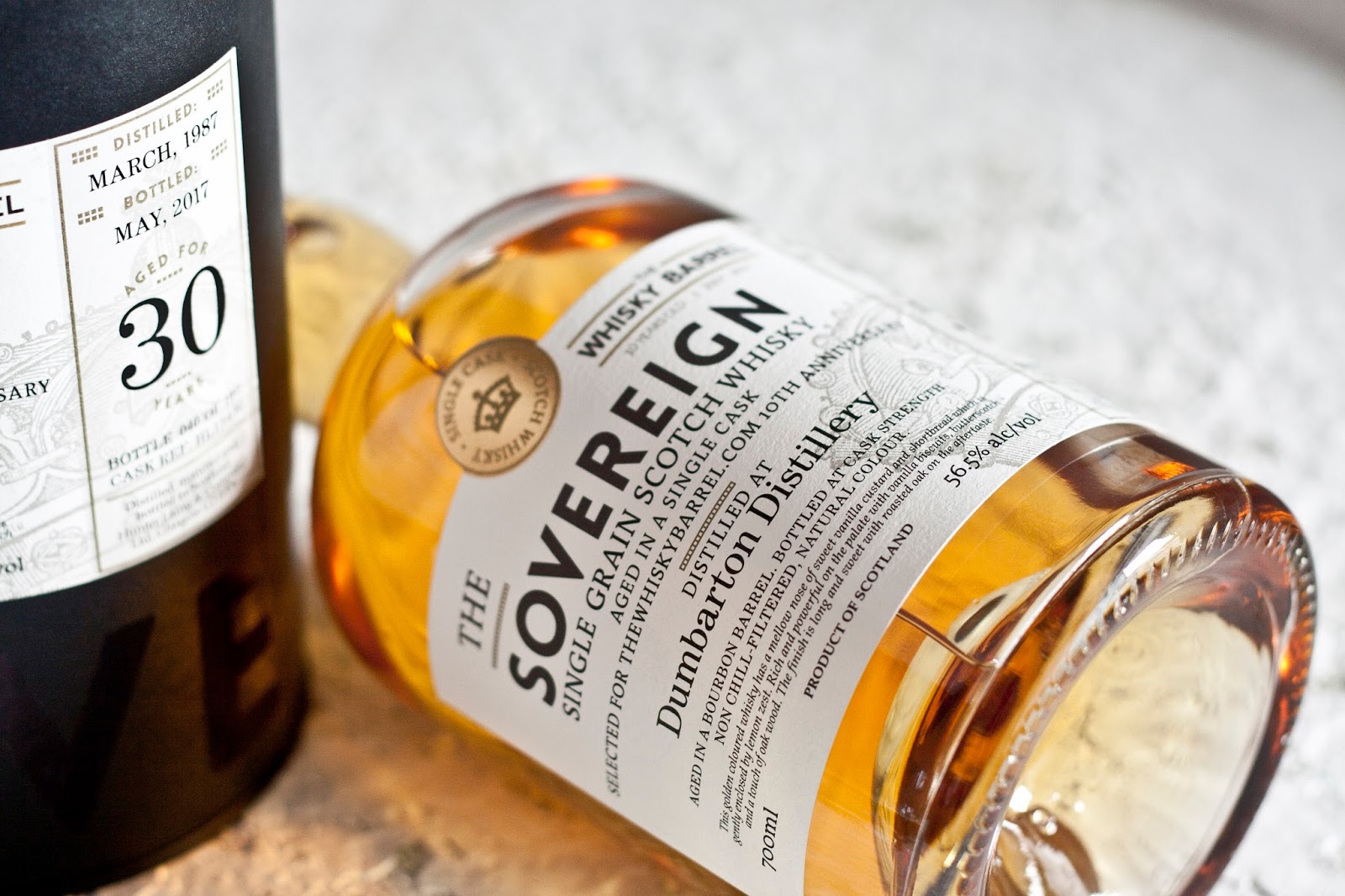 If we were going to talk about Dumbarton the place then this would be a short review indeed. Thankfully, the town does have an interesting distilling history albeit one that came to an end in 2002 when corporations looked to condense their grain distilleries into larger, more centralised facilities.

Even to this day, grain whisky is looked down upon by many as being too neutral and limited in presentation. To some extent I can see why such views are formed, particularly if you have been basing your assumptions via the Haig Club. Grain by its design is seen as a vessel that forms the backbone of Scotland’s phenomenal blended Scotches. It’s there to offer a helping hand to the single malt component, rather than dominate or kick other distilleries into touch. Grain exists to caress and titillate (never thought I’d get that into a review), at a fraction of the cost of a single malt.

Sadly, over time we’ve lost several grain distilleries throughout Scotland and I view them as being just as important as single malt producers. Nowadays we’re left with Girvan, Invergordon and the huge Cameronbridge to produce the majority of our grain whisky requirements. These facilities by design produce a very neutral and floral spirit with elements of sugar and green apples. In essence it’s a very focused and somewhat disillusioned state of affairs today. Such is the inoffensive and safety conscious nature of these grains that to create worthwhile single malt grains, you’ll require excellent casks and a great deal of patience. Commodities that are fairly rare nowadays.

The keen eyed reader will have spotted that I failed to mention the North British distillery in Edinburgh. This was deliberate as I place this plant on a separate footing. Currently they still use maize although this is dependent on the market pricing with a strong possibility that a switch to wheat is on the cards. Personally, I would find this to be a real shame as despite any financial savings, what makes North British loved by many enthusiasts is its distinctive character. It’s a survivor and a link back to the lost grain distilleries of Cambus, Garnheath, Dumbarton and the rest. You seek out a grain from these distilleries and you’ll be very surprised by the experience. Their modern day counterparts are sadly over engineered and somewhat lacking. Admittedly they are capable of moments of undoubted joy as seen in 1972 43-year-old Invergordon review, but it takes a prolonged bout of patience.

Ignoring the very old Dumbarton distillery from the early 1800’s, this more recent grain site was established by Hiram Walker in 1938. The site was a former shipyard, one that offered the necessary transportation links to receive the vast supply of goods necessary to produce grain and dispatch the finished product that was mostly destined for the popular Ballantine’s blends. The site was colossal in scale, housing the township of warehouses for Hiram Walker and one of the largest in Scotland. Enthusiasts will also know that Dumbarton did have a malt whisky distillery within its ranks. This was a popular feature allowing blenders to have access to stock easily and offering a consistent source of supply; vital if a key component was withheld. This distillery was called Inverleven and nowadays its mostly bottled by Gordon & MacPhail, but its stills live on at the Waterford distillery in Ireland. Thanks partially due to the fact they weren’t massively used by their former owners.

There now, we’re almost 600 words in and I could continue, but let’s say Dumbarton was a relic as the millennium approached with renovations and improvements proving logistically challenging. Production was eventually switched to the nearby Strathclyde grain distillery (yes, I omitted this one as well, but it is tasty), and Dumbarton was no more. Thankfully due to the sheer size of the plant and annual capacity being in the tens of millions, casks are a little easier to come by than those of Inverleven.

This single cask was selected by the Whisky Barrel as an exclusive release to celebrate their 10th Anniversary. This is the second such release with the first being a 13-year-old Cooley that was quite surprising overall. Distilled in 1987 before being bottled at 30 years of age from a single barrel, numbered #13436 by the very reliable Hunter Laing & Co. Sovereign range. It’s 56.7% and an outturn of 197, priced at a very welcome £86.59. On paper this is a very intriguing release and an affordable asking price so let’s see if it delivers.

Colour: margarine
Nose: plenty to say after 3 decades, a hint of banana chips, a noticeable buttery oily quality with Scottish vanilla tablet. Marzipan, a herbal thyme note and cream soda with vanilla ice cream. Water delivered a citrus freshness with pineapples and a twist of pepper.
Taste: more vanilla but a robust presence assisted by a touch of bitterness from the wood, some ginger and Caramac with white chocolate. I’m reminded of custard creams and water brings out more cereals and a sugary syrup. It’s not the most expansive grain but it doesn’t lack flavour and ploughs a determined route.

Overall: a solid Dumbarton that’s an affordable option from a closed distillery; a phrase you rarely read nowadays. However if you don’t like grain whisky then this one I’d predict only preaches to the converted given its flavour profile. I’d put it behind the Cooley that was a real surprise in the 10th Anniversary charts. Still, its a good standard and lets see what the Whisky Barrel have in store for the remainder of 2017.