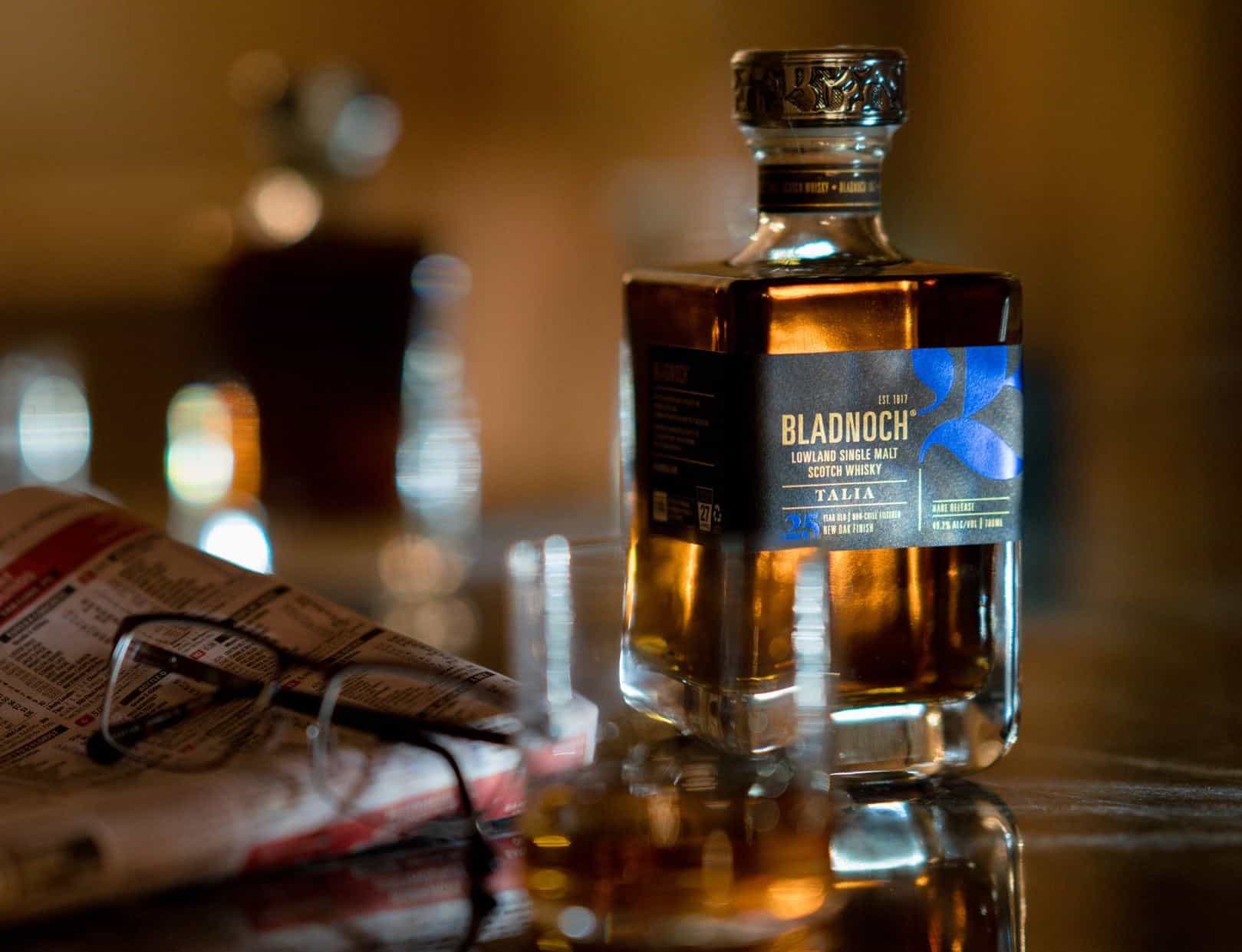 Bladnoch distillery – founded in 1817 (though some suggest 1814) by the brothers John and Thomas McClelland, and located next to the River Bladnoch – has had the usual up and down life of a distillery. Though the new website trades on the tagline that there is 200 years of craft at the place, that’s not entirely true. There were a series of closures over that period. It transferred ownership to different companies from Northern Ireland and the US, before eventually knocking out whisky for Arthur Bell’s & Sons. At one point in 1993 there was talk of the distillery being converted into holiday homes and that the distillery become a heritage centre, but small-scale production started up again in 1997. It produced for several years and stopped production in 2009 – everyone thought that was the end of the line for this, the most lowly of the lowland distilleries.

However, more recently it was snapped up by Australian entrepreneur David Prior in 2015. Production is now being overseen by industry veteran Ian MacMillan, who worked at Burn Stewart since 1991, and resumes this year. So. More money, big plans, old hands – all good things for a distillery, I’m sure.

In the new era the distillery has been acquiring old stock in order to release new whiskies – a sure-fire way of getting the brand out there in advance of the new spirit being mature, and recuperating some money in the meantime. Three new expressions – Bladnoch Samsara, Adela and Talia; a No Age Statement whisky, 15 year old and 25 year old respectively – launched in Australia a short while back, and with limited quantities trickling out across the world since spring.

The branding is actually rather lovely – elegant label and unusual bottles. But what does the new era at Bladnoch taste like? 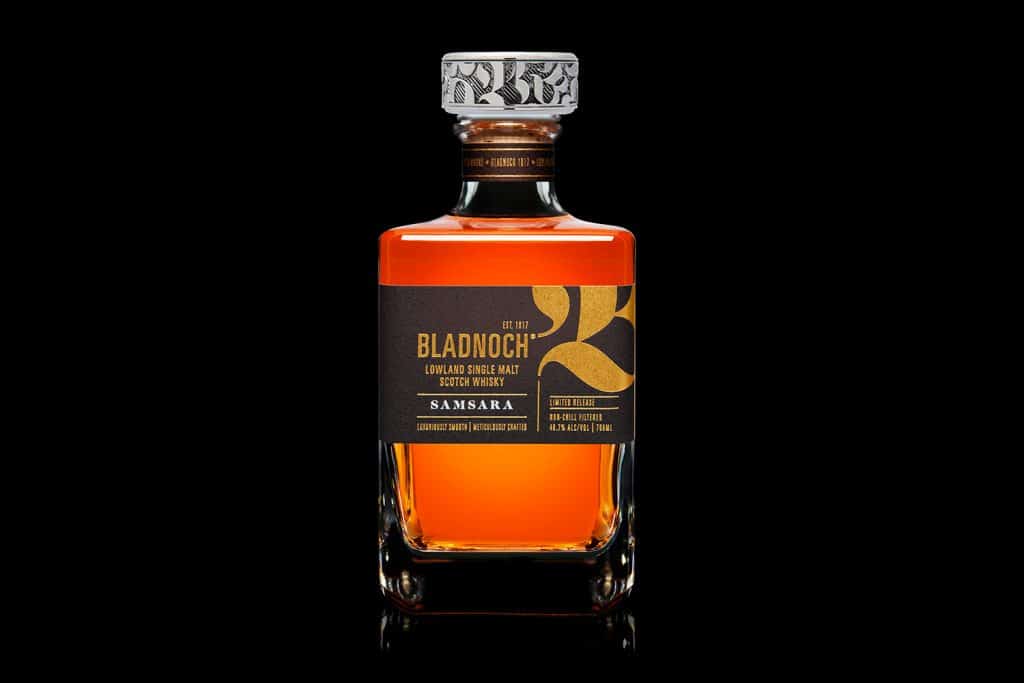 On the nose: not hugely forthcoming. It’s all about the light fruits here, flashes of sultanas and fresh apricots. Slightly winey, with melons and kiwi. Floral honey, some blackberries – but that strong note is only a suggestion. Golden syrup.

In the mouth: Apricots and honey, baked apples and pears in golden syrup. Vanilla, cinnamon. Raspberry sauce. Sweet and tannic, some herbal qualities and black tea coming into play, but rather plain under all of this. Pleasant but plain. 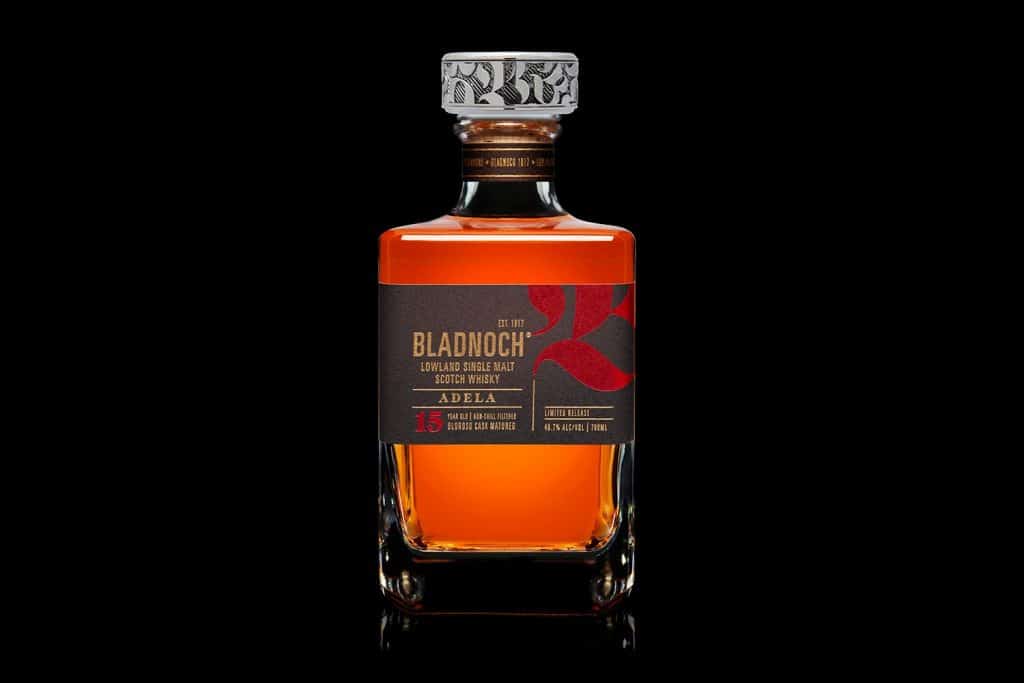 Bottled at 46.7% ABV, with a strong Oloroso sherry cask influence, this will cost you around £80.

On the nose: a little soapy at first, but soon come dried fruits, on the lighter side: again sultanas and apricots seems the way of things, with fresh pears and mead. Slightly leathery and mealy, and just a bit of something funky going on. Green tea and honey.

In the mouth: better. Viscous, dense texture (though later it becomes dry and astringent). Bitter grapefruit, honey, baked apples with cloves and nutmeg. Tannic, with the wood, and the grapefruit acidity not really being kind to each other. Dried apricots and some blackcurrant tartness. Not really that complicated, and there’s a bitterness on the finish that would have me drag the score down slightly (if I bothered with numeric scoring), but this is charming enough and my preferred of the three. 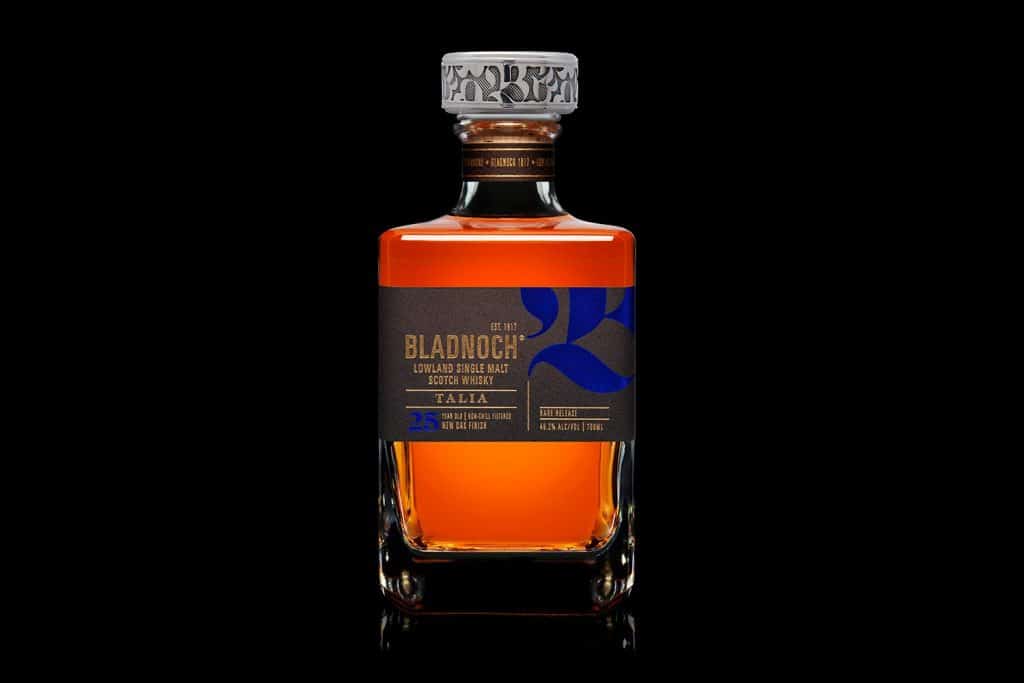 Finished in Virgin Oak. Just think about that. Why would you finish an old whisky in raw, virgin oak, the most powerful wood type? Was the spirit not okay to start with? It’s bottled at 49.2% ABV. It’ll set you back over £200. There are only 600 bottles of this worldwide (but don’t worry, you’re not missing too much).

On the nose: not at all what one might expect for a whisky of this age. It feels rather aggressive than mature and mellow. It needs a long time in the glass to sort itself out. Bright red fruits, an almost tomato ketchup-like tang. Blackcurrants, blackberries – elderberry even, with a touch of port. Raisins. Vanilla and pencil shavings. Again that slight soapiness and detergent (no, it’s not the glass) comes into play.

In the mouth: again, bright, aggressive and almost youthful. The red fruits and dried fruits from the nose lead the way here – it’s full of raisins and redcurrants. Slightly salty and very tannic. The wood notes later dominate: vanilla, black pepper warmth. Salted caramel, blackcurrant juice and burnt toffee. In no way does this feel like an old whisky. It’s nice enough, but something is a bit amiss about it. Certainly not worth the money.

Well, I’m not bowled over by these initial releases, I must say. They’re nothing to get excited about. I can’t speak for what stock they had access to, and I don’t know the thinking behind these releases, but I need more convincing about Bladnoch. (I also have no idea why you’d decant a 25 year old whisky into virgin oak.)

Thanks to Chris at Gauntleys for the sample exchange!

I’m often asked what my favourite distilleries are and it is a question that I struggle to nail down to a single consistent response. Truth..