Each year dictates that Springbank unleashes another entry in the wacky Longrow Red series. For those unaware Longrow is the peated spirit produced at the distillery and it normally accounts for around 100 casks annually, which is a fraction of their annual distillation.

Being Scotland’s greatest distillery comes with responsibilities and even for their double distilled peated variant, Springbank don’t let the quality slip. It’s heavily peated meaning it reaches the heights of 55 phenol parts per million (ppm), which pitches it into the realm of Ardbeg and the other Islay fashionable malts. However, all peat is not the same and depending on which part of the country it is sourced from, differences can occur. Longrow is very much of its own region and has that glorious Springbank DNA woven into its being. The malt is peat dried for nearly 48 hours and this takes it on a different path to that of the traditional Springbank whisky.

Down in Campbeltown they are a little cut off and removed from the everyday monotony of the Central Belt of Scotland. This allows the locals to focus on their whisky and for Longrow they decided for whatever reason to first distil this spirit in 1973, which traditionally is a great year for whisky. The original inspiration was to produce a more traditional peated Campbeltown malt that would have been evident prior to the 1920’s when the whisky decline really hit the town hard. There were numerous reasons for the decline of Campbeltown including a change in consumer tastes. A distinct switch to the lighter and more approachable style of Speyside was on the upturn. Traditionally the Campbeltown malts from this period – and I’ve been fortunate to taste a couple – were dense, oily, smoky and peated. Glorious if you like that presentation but perhaps not the subtlest or refined. Yes, there were several distilleries producing cheap and dubious whisky in the region, but amongst their number several worthwhile distilleries resided.

Followers of Springbank will understand that at times there isn’t any logic to what happens at the distillery; they’re quite happy to do their own thing. In the case of Longrow, the spirit was distilled in 1973 and the following subsequent year but then ignored until 1987. A strange decision when you consider just how legendary the bottlings are that were distilled in the 1970’s and these do truly capture the old essence of Campbeltown. When Longrow was revived in the 1980’s what was produced remained of high quality but lacked the impact of the 1970’s releases. The Longrow series was truly revived by the early 1990’s and has become the regular feature we see today. 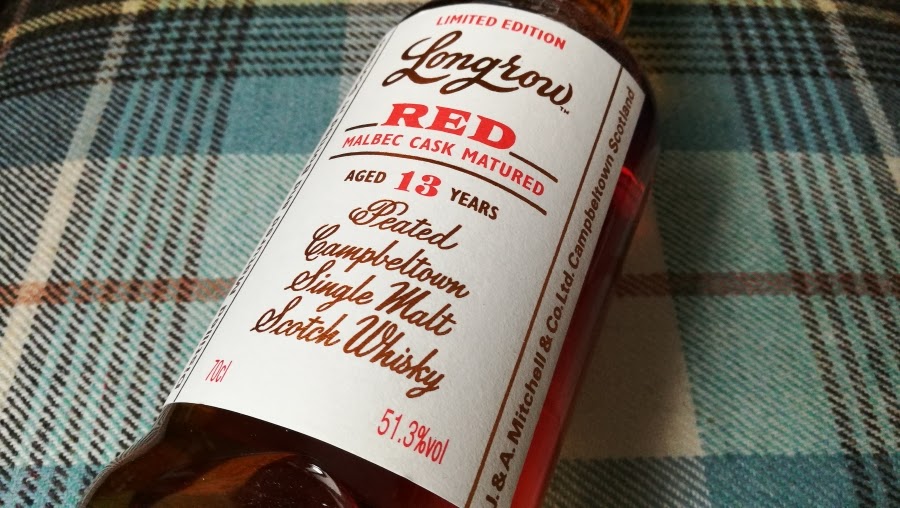 The Longrow releases are always a highlight for enthusiasts with a standard peated bottling offering a distinctive and enjoyable experience. Beyond is the 18-year-old that offers just that little bit more complexity and then there is the Red edition. This is traditionally the black sheep of the family. Taking perfectly good Longrow matured mainly in ex-bourbon casks and then throwing into a series of red wine or port casks just because and why not?

The 2017 release was matured for 12 years in bourbon barrels before being deposited in fresh Malbec barriques from the South African De Toren Private Cellar in Stellenbosch, for a period of 15 months. The end result is a limited edition of 9000 bottles at 51.3% strength, which more than likely has sold out already. The bottle flippers are now infesting every release it seems but we open bottles here and this was part of a bottle share with fellow enthusiasts.

Colour: pulverised ginger
On the nose:  the initial impression is orange sherbet, in fact its a sweet shop with red liquorice, rich caramels and memories of Irn Bru – Scotland’s other national drink. Beneath such a sugary exterior awaits a raw earthiness, a touch of salt and a coastline aroma. Then there’s the fruits, unleashed by water; toffee apples, clementine and marzipan.
In the mouth: amazingly refined, I was expecting a brutish arrival but instead what we have here rather calm and modest. There’s a hint of the peat trying to break free but amazingly there’s balance between the cask and spirit. More red liquorice, cranberries, caramel, a touch of cherry and a hint of smoke. Water delivers salt, a little rubber and a molten caramel. It’s intriguing stuff and dangerously drinkable.

I’m actually loving this dram as its not as mental or deranged as some of the previous Red’s I’ve tasted, but is bang on the money. There’s magic happening down in Campbeltown, distilling alchemy, giving us one of the best whiskies of 2017 in my humble opinion. 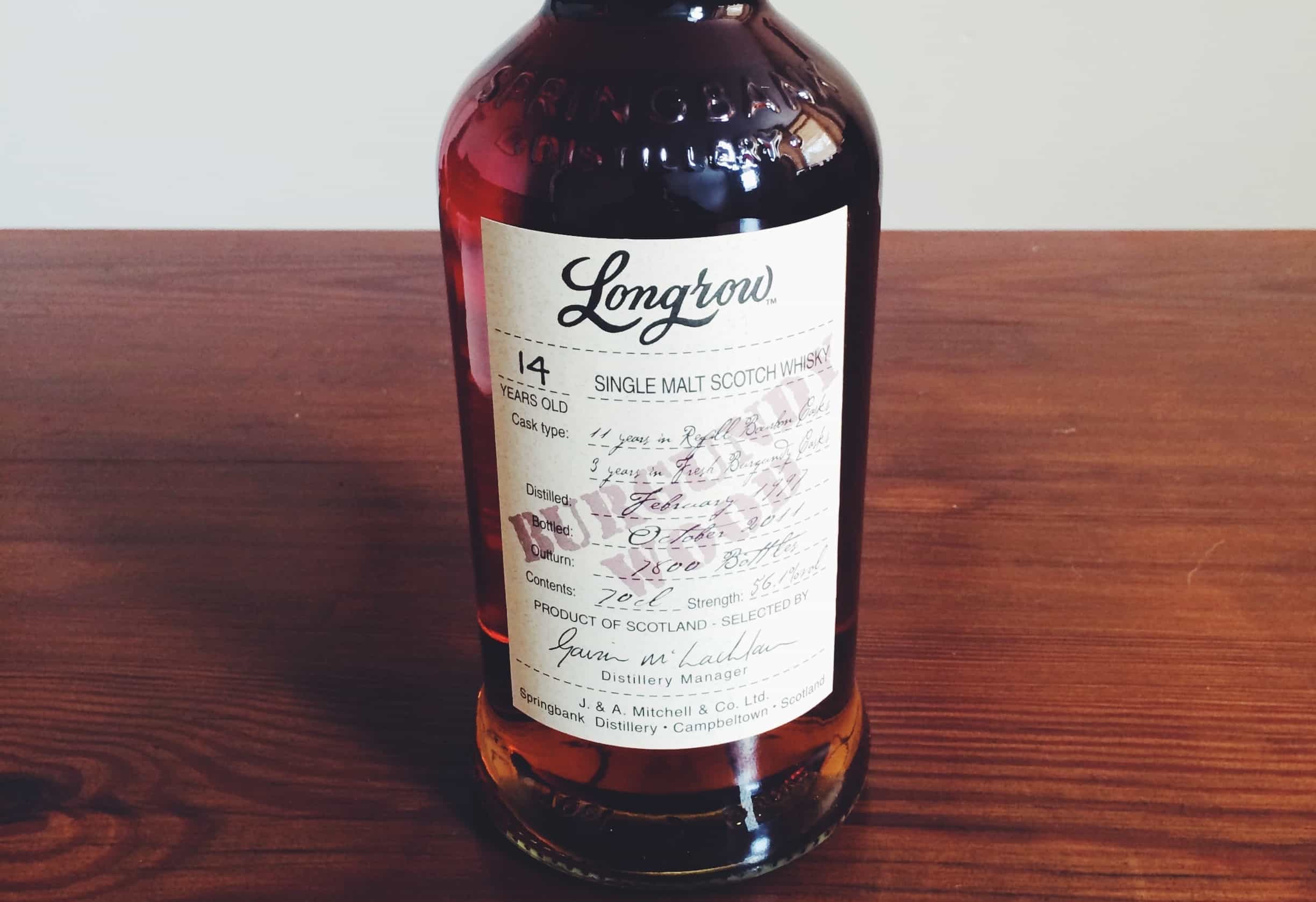