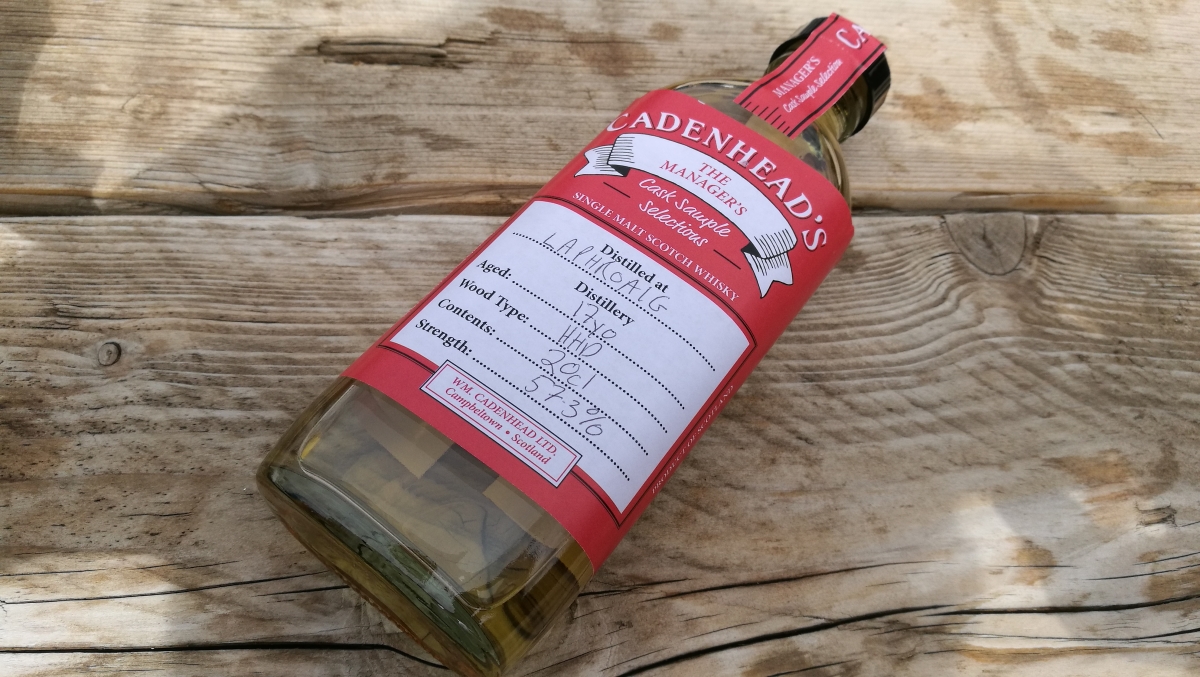 Many out there I’ve found from experience are resistant to change, whether it’s trying a new whisky, moving forward in their career or a decision that may upset their comfortable daily routine. At the iconic Cadenheads Edinburgh shop, very little changes apart from the inventory on the infamous blackboard of financial doom. Propelled by the Campbeltown architect of whisky annihilation, Mark Watt, some releases never even reach the stage of a chalk write up, having sold out prior to release.

Thus is came as a surprise that a recent visit to the store heralded the debut of a new attraction. Sat in the corner was a cage, crammed full of 20cl bottles. Yes, the key word is cage, which if you aren’t a major Cadenhead fan will prompt a shrug of the shoulders. Yet for the frenzied informed it represents an Aladdin’s cave of potential treasures and desires. The original cave resides in the Campbeltown outlet and is often the initial and repeat destination for enthusiasts who make the trip out to this distant whisky region. Its contents are often warehouse remnants, interesting experiments and the weird and yet somewhat wonderful. Part of the attraction is the sheer sense of the unknown. The reaction to a couple of photographs I posted on Facebook recently were enough confirmation of the excitement concerning the prospect of a new Cage.

The 20cl samples that adorn the Edinburgh Cage come from the lair of the Dark Lord himself, Mark Watt, who has the difficult task of tracking his minions as they mature in warehouses across the distant galaxy known as Campbeltown. In essence, Mark’s samples could include casks already bottled by Cadenheads now, in the near distant future or arguably on the back burner. Each bottle features his royal seal of approval and is very much a one-off and exclusive to the Edinburgh Cage. Meaning the contents of the Edinburgh Cage are a different proposition to its original genesis. This Laphroaig is 17 years of age, suggesting a distillation at the turn of the Millennium, coming from a hogshead and bottled at 57.3% strength. This 20cl set me back £25.50 and prices are determined by the age of the whisky and whether the distillery is closed, or open. All things considered, a fair price.

I feel this will be the first of many such reviews on these nuggets from the treasure trove fortress of Cadenheads. So let us commence with this Laphroaig, which I hope is an improvement on the current official range.

Colour: lemon juice
Nose: those salty coastal aromas combine with wet moss and lemon peel. Honey follows, as does fresh meringues and a cold porridge. There is a translucent freshness and vitality with a coarse vanilla and green apples suggesting a youthful vigour.
Taste: you can tell its Islay origins immediately, salty lemons that hint of medicinal revival and candle wax. Fennel, vanilla, apple and pear drops all arrive and depart without much fanfare, any earthiness is also fleeting before it moves into a creamy finish.

Overall: it’s a solid Laphroaig but far from remarkable and this modern distillate lacks the depths and twists of the bygone era. I’m happy enough with the purchase and the experience for something I’ll never explore again. These Manager Casks are a roll of the dice and we may see this cask bottled shortly or when this taste was a mere distant memory. Time for another Edinburgh Cage visit…