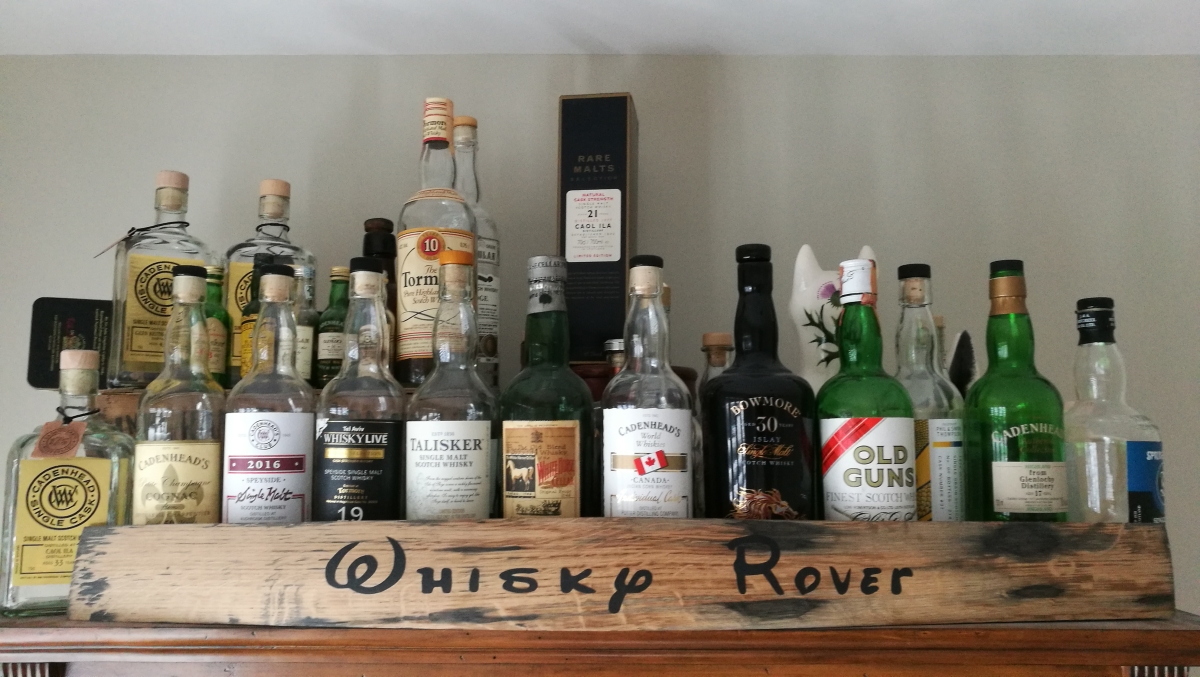 Things are pretty busy current here at Whisky Rover so we’re combining a duo of recent releases by Cadenheads into one handy piece. Now I haven’t just put this double together randomly as there is a sense of the unknown and overlooked about these whiskies.

We have a duo from Scotland and speaking bluntly these come from distilleries that are generally overlooked. Whether or not that is for good reason, or a blatant mistake from the fashion driven whisky masses is open to debate. I tend to root for the underdog generally as it is, so the prospect of sitting down with a Glen Moray or a Tamnavulin was one I eagerly looked forward to.

It’s fair to say you don’t see much Tamnavulin with the only official release in recent memory being the Double Cask that landed on the market last year without too much aplomb or fanfare. Bottled to celebrate its 50th anniversary it was pitched more at the bargain end of the market with a price in the £30’s that has since reduced to the lower end of the £20 spectrum. It’s very much a no thrills whisky, much like the distillery that supports the Whyte & Mackay blends or a white label release for supermarkets. Ultimately I wanted to hate it, smash it and basically curse its existence. There was far too much colouring, but that’s a trail we know leads to the office of a certain Master Blender.

The actual experience was limited but for a whisky bouncing around £20 it was fair enough. It’s not as if we’ll be seeing more releases from Tamnavulin officially, but hopefully at least some without waiting on a 100th anniversary release. Given its zero official presence normally you’d look to the independents, but a bottling of Tamnavulin is rarer than hen’s teeth in reality. So when I was offered a bottle share of a Cadenhead 25-year-old, I couldn’t say no to the experience. A release free of added fake tan and the curse of Paterson; what’s not to like?

Our other release is from the Glen Moray distillery, situated in Elgin, it’s another producer that focuses on the value end of the spectrum. Certainly in Scotland, it offers a great price point and is widely available. In fact, thinking about it more, generally you can go into most retailers and find a Glenfiddich, a ghastly Glenlivet and the bottle throwing material that is Jura. Sitting alongside this trio is often a Glen Moray and more often than not, is the better whisky experience and the cheapest. That’s a winning combination that many enthusiasts appreciate. Far too often whisky is overpriced for what is delivers. I’m not a brand slut and don’t care about marketing, packaging or some elaborate tale. It’s the contents that drive my passion and purchasing decisions.

Recently we’ve seen Glen Moray trying to crack open the more premium end of the market with the release of the Moray Mastery, a vatting of 5 vintages to celebrate its 120th birthday. The oldest whisky in the recipe dates back to 1978 and a thousand decanters have been released at £800 each. It’s a brave move and one I won’t be stumbling across at Aldi. In a way, I cannot blame Glen Moray for wanting a piece of the luxury market but without a firm base they’ve jumped from quality supermarket exponent to the more extreme end. Not many of their current fan base will have the finances or desire to make that leap with them.

Glen Moray is then relying on the bottle flippers, collectors and investors to take the bait. Ultimately, only time will tell but I’ve never met a Glen Moray collector and flippers have their hands full chasing shadows. It’s a mistake but the bottle is also a celebration. Brands such as Macallan, Dalmore, Tormore and Glenfiddich have successfully exploited this luxurious region with decades of ground work, a network of ambassadors and a sustained focus.

The Mastery potentially could be a great whisky and this may drive some interest as and when the reviews land. I’ll be asking these fortunate reviewers whether they would pay £800 for a bottle? That’s the important aspect here. Whether the experience matches the entrance fee? I’ve paid similar amounts for bottles in the past that have warranted such a price and delivered. For now, we’ll have to content ourselves with this 19-year-old from Cadenheads as we delve into the unfashionable duo.

Colour: a pale cloud
Nose: an interesting mix of fruity with a charred cask. There’s green apples, kiwi fruit and pineapple with the addition of water. Lemon zest and meringues with some wine gums thrown in for good measure.
Taste: a very gentle Speysider with a nice interplay of the fruit once again alongside pepper and some lemongrass. The char from the cask provides an ashy quality that sits alongside the stewed apples rather nicely.

Overall: a solid Glen Moray and given the asking price, a good value session dram that will get the taste buds working without too much effort.

Colour: apple cider
Nose: it’s one of those whiskies that require a little effort on your part. Slightly aged sliced apples, a creaminess that matches the floral freshness followed by candy floss. There’s a prevalent greenness within with Kiwi fruits, melon before dissolving into raisins. Vanilla rides in and takes over the reigns for what is a gentle whisky.
Taste: a real sweet and sour affair that then moves into a sugary finish. This I can tell will be a polarising whisky for many. Melons, mint leaf and icing sugar. There’s a slightly syrup-like texture going on here with the added sweetness from barley drops and more juicy apples before a sugar cube finish.

Overall: there’s not a huge amount of depth here truth be told, or that was my initial impression. Then I returned, again and again. Like some addict scratching for the next hit, I wasn’t sure what exactly was the appeal of this Tamnavulin? Was it the freshness or leisurely summery vibe? It’s hard to pin down, as its a whisky that doesn’t require much effort on your part as a drinker, but on a warm evening (as today offers whilst typing this), or as a palate cleanser prior to a tasting it has some validity. Plus its also tan free.

You can tell these aren’t mainstream whiskies both have their place and ultimately I’m still torn by the Tamnavulin. It’s easy to dismiss and I doubt at a tasting whether anyone would guess its advanced age. Whether that’s the spirit cut or an inactive cask is open to debate, but its somehow pleasing whereas the Glen Moray always does the job. An interesting duo.