Recently there has been a disturbance in the force and the unmistakable pillars of distillation. The whisky status quo and what we perceive has been shaken and stirred. What will be will always be and that’s a belief that many still seem to exhibit. Pretenders to the throne will vanish as suddenly as they appear, leaving the old gods of whisky still in pole position.

Marvellous, managed to squeeze a few sayings into the opening lines. However there is a theme here as there should always be with a Whisky Rover article review. When Glengyle distillery was revived at the turn of the century, it brought new opportunities, employment and delivered a whisky region to Campbeltown. The opportunity to start afresh under the guise of Kilkerran, armed with decades of knowledge from the mothership, Springbank, and the criminally unused stills from the Ben Wyvis distillery, formerly within Invergordon

Kilkerran was ahead of the pack; who back then would have foreseen the ensuing madness of building distilleries on every street corner? Enthusiasts were able to check its growing potential via the Work In Progress series before the debut of that 12-year-old in 2016. A fine whisky, devoid of glamorous packaging, with a price tag to warm the heart of any would be purchaser. It was a refreshing change from these times where spirit under 3-years-old seems to sell at higher retail prices. I wonder just how much Kingsbarns, Eden Mill etc. will charge for their 3-year-old when the day arrives.

For Kilkerran we’ve had batch 2 of the 12-year-old and now the distillery looks forward. A successful release, although I’m still swayed towards the Work In Progress 7 Bourbon Wood, which just possesses that wow factor. With the Springbank DNA woven into its very being, Kilkerran is adept at using a variety of casks and techniques to see what the results are. The 8-year-old cask strength was well received earlier this year and at the time of writing this piece, the Cadenhead release (the first independent bottling) is my whisky of the year, hailing from a rum cask.

It’s already setting a high benchmark for other new distilleries. Except Kilkerran has taken its time to reach this level, whereas many incoming distilleries have a different business model that forces them to bottle at the magical point. Ideally, it should only occur when the whisky is at its zenith yet we know with the odd exception this won’t happen. The coming years will see a great deal of overpriced and youthful single malts hitting the market. Ballindalloch will only bottle when they believe its ready, and I’m sure Dornoch will do the same. These distilleries are family owned, rather than at the beckon call of shareholders and investors who only seek returns, as opposed to quality 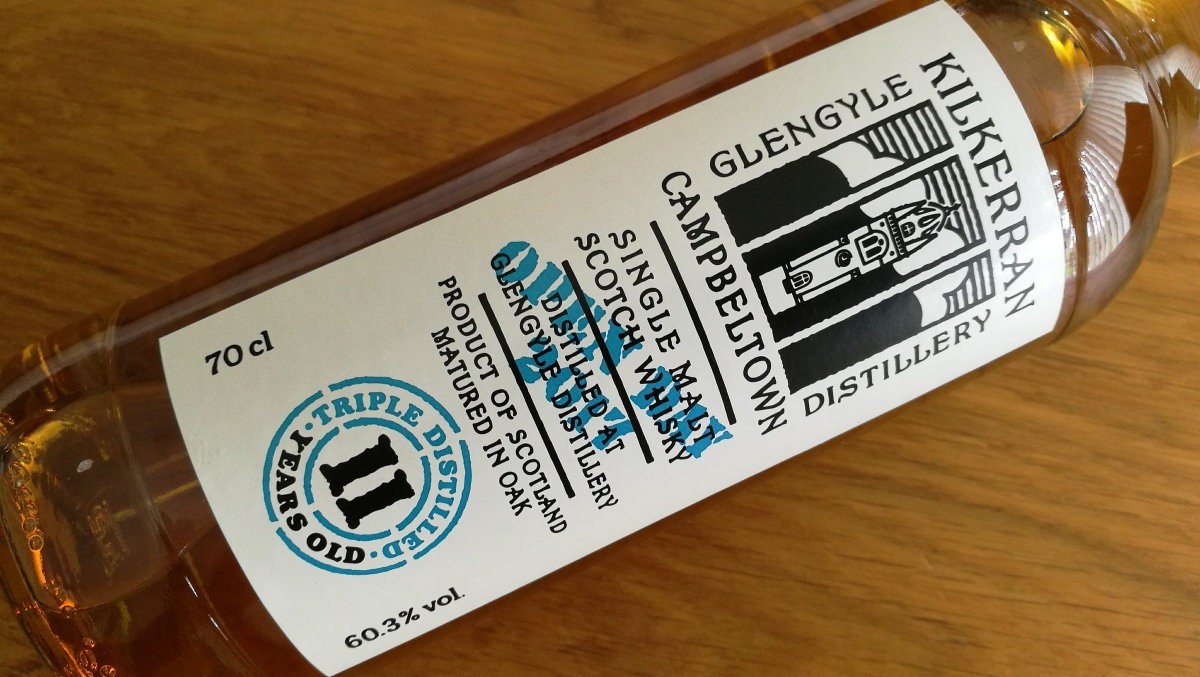 The whisky chronicles are littered with tales of enthusiastic owners who misjudged the cost of running a distillery, after the joyous achievement of establishing their vision. Nowadays, arguably the stakes are higher and many do not have the comfort of family backing, or being investor free. For Kilkerran it can count upon the owners of Springbank and that dogged Campbeltown determination to do things their own way and in their own time.

Springbank of course is 2.5 distilled, but the team are also adept at dipping their toes into other spectrums with Longrow the traditional double distillation and Hazelburn adopting the triple Irish approach. Why Springbank and other elderly whisky distilleries do things different is one of the idiosyncrasies lost to time, but without such features Benrinnes and Mortlach would be that little more boring. Sadly, Benrinnes dropped its practise of triple distillation joining many others that have moved away from the practice including Glen Keith.

Triple distillation by its very nature seeks to remove the more dense compounds and oils in the alcohol but increasing the level of copper contact. I tend to avoid terminology such as ‘smooth’ that you often hear applied to the Irish section, which I translate as being dull. Rather, these whiskies lack the heavy flavours and instead prefer the light fruity and floral aspects that potentially become more prevalent with the triple approach. This explains why it was very popular during the glory days of the Lowland region, with Auchentoshan, Rosebank and Littlemill pursuing this approach to great effect.

It should come as no surprise that this devious types at Kilkerran have sought to experiment themselves with the triple approach and this 2017 festival bottling gives us the opportunity to experience the results. This Kilkerran has been triple distilled, bottled at 11-years-old and a strength of 60.3% volume. Coming from a first fill bourbon barrel, this resulted in an outturn of just 192 bottles.

Colour: a light tan
On the nose: power and freshness initially, cotton sheets and a summer’s breeze aided by the vanilla and Camomile tea. A gentle orange marmalade boosted by citrus notes including lime, then a waxy buttery aspect finished by a heathery foliage. The addition of water brings out more of the floral heather quality along with honey, plasterboard and boiled sweets.
In the mouth: an immediate download of sugary sweetness, vanilla before the cascade of alcohol and then a creamy finish unfolds. Water results in candy cigarettes, ginger, green apples and a fleeting earthiness towards the finish that remains full of cream and now pepper.

This whisky does require water as its a little too aggressive without. It’s an interesting experiment as the first triple distilled Kilkerran. With all releases from this distillery, it has its redeeming qualities but its by far not the strongest Kilkerran I’ve experienced. As such its an interesting reward for enthusiasts who made the voyage to Campbeltown for the 2017 festival.

My thanks to Ben who picked up this bottle and passed it on for cost price. A welcome gesture and you can read what he thought about this release right here. 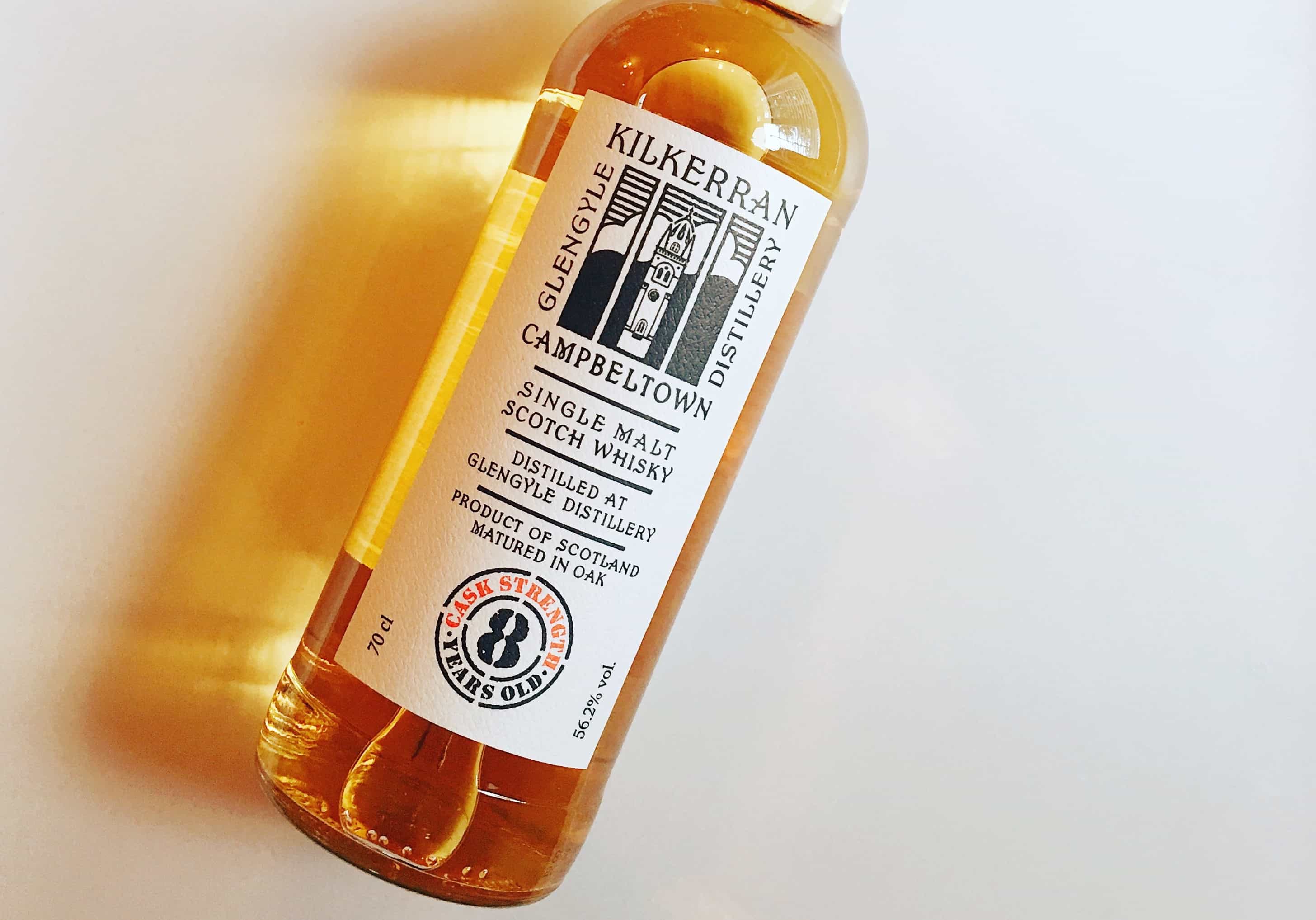