Earlier this year Bowmore, or its parent owner Beam Suntory, announced a much-needed refurbishment of its official range. Axed were some rather unremarkable offerings including the Small Batch Bourbon Reserve and supposedly the 9-year-old sherry matured expression, which I have here.

Tinkering continued with 15-year-old Darkest dropping the name and hopefully this may mean Bowmore will refrain from adding so much artificial colouring to their range, as seen in the Black Rock; another casualty. Further amendments beyond mere packaging – same old rubbish within but a new exterior – included the return of age statements to its travel retail range. No more of these nonsensical names such as shifting sands, dirty old sea rope or sea shanty number 5 sung by a mermaid. Instead this is a Bowmore, here’s its age and price. Exactly how it should be in an ideal world even if the whisky still disappoints.

Bowmore is a fantastic distillery to visit and on a single cask basis from the independents including Cadenheads and the Scotch Malt Whisky Society is improving. Certainly, I’ve had a handful of releases of late that are helping to heal the wounds of the official bottlings. The tide of improvement is sweeping in against that famous warehouse wall but work still needs to be done officially to save it from crashing onto the rocks Laphroaig style. It’s nearby neighbour seems content to chuck out rubbish at inflated prices and with a depreciating whisky experience.

This sample kindly was provided by Michael over at the Carnegie Whisky Cellar in Dornoch; a fine emporium of whisky, situated in the heart of the town near the infamous whisky bar and distillery. I recall Michael saying he could have sold loads of this Bowmore 9-year-old given its colour and price point. The retail price actually came tumbling down as enthusiasts headed out to supermarkets to track down bottles that were discounted to £15 as Bowmore sought to clear its inventory. Of course I refrained, wary of the dangerous that an official Bowmore can present. The Bowmore Small Batch Bourbon Reserve was pretty disappointing and the 15-year-old Darkest followed suit with the trend. Both whiskies offering limited experiences at an excessive price point.

The question I’ve always wondered it why? Clearly there is good stuff coming out of Bowmore, as the array of independent cask releases confirm. There’s a detachment, divorce and disharmony on a consistent basis. If your raw product is solid then these individual components should form a robust whisky when you come to blending and creating. Sadly, for whatever reason this seems out of reach of late from Bowmore whether its overheads or more likely the bottom line, we’re being sold a Dacia Sandero Stepaway rather than a BMW Series 3.

Anyway, whatever your preferred method of transportation we’re about to dice with an official Bowmore once again. Hold on for the potholes and unimaginable technical faults..

Colour: burnt copper
On the nose: a fruity arrival with raspberry, blackcurrant and hemp before the cola cubes kick in. This is followed by a light tobacco, banana and ginger. In the backdrop there is a slight soapy note followed by a metallic brass rubbing.
In the mouth: amazingly dull and inoffensive. There are some brazil nuts and vanilla, followed by chocolate and caramel but little else. It’s like a mouthful of peated water that been flushed down a toilet.

What an incredibly tepid and frankly terrible Bowmore. Just when you thought the official range couldn’t get any worse it proves you wrong. Whatever the discounted price on this was I’d avoid it at all costs. Poor wood and coloured heavily before being watered down bringing you 9 wasted years. You might as well just drink peated water from a spring. 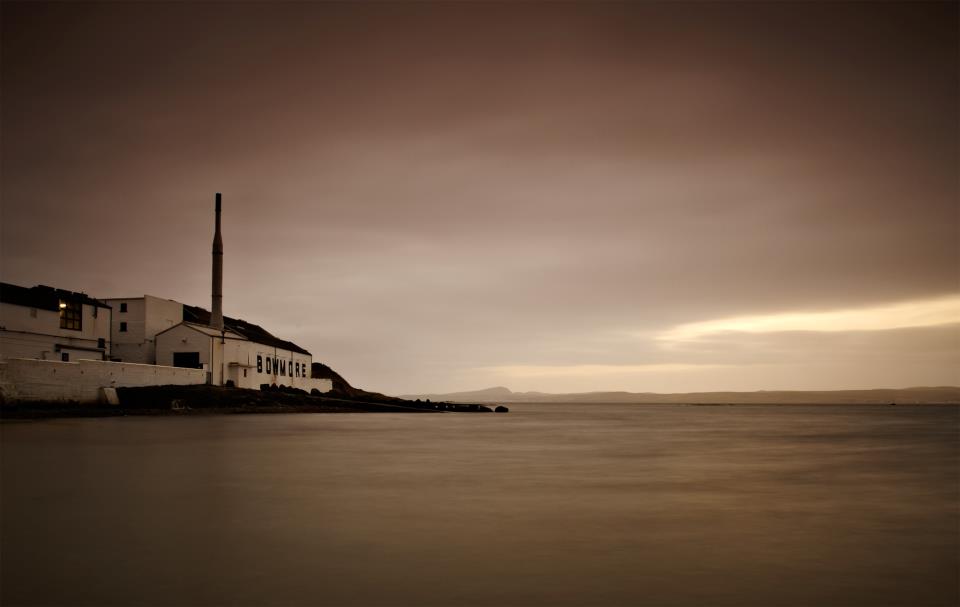