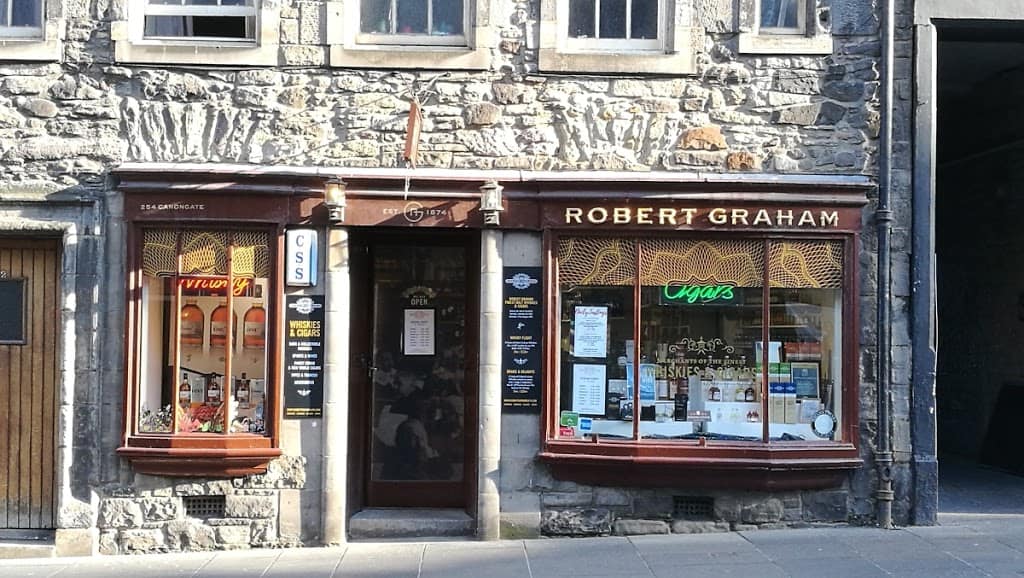 The month of August can only mean one thing in Scotland and that’s the arrival of the Edinburgh festivals. This series of events that span the whole month, attract hundreds of thousands of visitors to the city to soak up the atmosphere, street performers, ticketed events, concerts and almost everything else imaginable. Then there are Fringe whisky themed events or someone trying to flog their newest book via the book festival that have grown in popularity in recent years.

For locals, it means adding on an extra 10 minutes to any destination, or for some departing the city to seek a little sanctuary. In whisky terms, it delivers the extremely popular Whisky Fringe event, that I’ve avoided in recent times as its over-subscribed and thus removes any possibility of conversations with the distillery representatives. Instead you’re swept away with those intent on drinking as much as possible in the shortest time and dispensing with any manners. It’s not my idea of a fun afternoon in the city, but Edinburgh does have a healthy assortment of whisky shops that offer their own festival events. The mothership is Cadenheads, followed by some worthwhile destinations and then you have the tourist traps that offer a decent selection, but at eye-watering prices. Just up the street from Cadenheads is a branch of Robert Graham that plays host to a solid variety of independent releases and their own bottlings.

I’ve reviewed a few of the Robert Graham bottlings in recent times with the premium Treasurers Selection harbouring some memorable whiskies and then there are the single malt releases that showcase the different regions of Scotland. This range lacks any age statement and is bottled at 40% but generally my experiences have been positive. The brand was revamped earlier in 2017 and now comes in a variety of sizes, which will be a welcome addition for any Edinburgh visitor looking to take home a taste of something unavailable in their hometown.

For the month of August, the team at Robert Graham have put together a series of tastings held in their Canongate shop. These allow you to enjoy a tutored tasting led by representatives of some of Scotland’s finest distilleries such as Glenfarclas and Glenfiddich. These events kick off at 3pm and also on the menu are tastings showcasing the vibrant independent bottlers such as Carn Mor, Douglas Laing and Wemyss Malts. Seriously, I’d love to attend each and everyone of them especially at the bargain ticket price of just £10, but the day job always interferes and then there’s the time to cross the city centre. I expect at least one will appear online at Whisky Rover in due course, but for now I was invited to attend another tasting, one that focuses on the Robert Graham range of whiskies and pairing whisky with food.

This area of Edinburgh is home to some of the best local producers when it comes to food. So, it made perfect sense to ask these creative souls to come up with inventive pairings with the Robert Graham range of whiskies. One of my favourite restaurants is Wedgwood just across the road at 267 Canongate where I’ve had many a fine lunch and dinner. Another popular destination is Mimi’s Bakehouse who cater for the sweet teeth with aplomb, as do the Fudge Kitchen just down the road and not forgetting the artisan Chocolate Tree who source the best chocolate possible. Together the menu made for a whisky tasting with a difference and whilst some may turn their noses up at pairing whisky with food, I’ve seen it breakdown barriers and help introduce many to the joys of a dram.

Without further ado, we headed downstairs into the atmospheric Robert Graham tasting area, ready for this collision of whisky and food. This event is being repeated in the store throughout August, so you have a week of opportunity to delve into whisky, or taste some of Edinburgh’s finest local delights. Kicking off at the more palatable time of 5pm… Our host was Ben, who I know from his time with the Scotch Malt Whisky Society. Very knowledge regarding whisky, clearly adept at setting a relaxed and informal mood beneath the streets of Edinburgh. Our group as you’d expect during the Edinburgh Festival had an international theme and all levels of whisky experience; from the unaware to the enthusiastic and then the whisky geek.

Paired with a dairy free toffee fudge from Fudge Kitchen. This exclusive Robert Graham single malt comes from an unnamed Highland distillery and is bottled at 40% and retails for £37.99.

Colour: golden syrup
Nose: quite malty at first with resin and the aforementioned syrup coming through. Then ginger nuts, dried oranges, white grapes and almost verging on Chardonnay-like zing. Fudge sweetness and some caramel goodness. Water brings out more of the orange with added honey.
Taste: a real buttery texture and a tinge of the alcohol (in a good way) despite being 40% strength. Honeycomb, shortbread and vanilla nougat enforce that creamy aspect that lingers. Fruits with oranges and apricots especially towards the end with a toffee finish. In fact more of an orange toffee finish with the addition of water.

Overall: I’ve reviewed this whisky previously and I do enjoy the nose particularly. You’ll notice my original notes mentioned fudge and thus predicted this dairy free offering from the Fudge Kitchen. The sugary combination worked very nicely, unleashing caramels whilst retaining a nice balance between the whisky and treat.

Paired with a Tobacco marshmallow from Wedgwood restaurant. This Speyside distillery is bottled at 49.8% strength and is part of Robert Graham’s Treasurer’s Selection range. A bottle will set you back £117.50 with an outturn of 252 bottles from cask number 1977.

Colour: a light pear juice
Nose: delicate Speyside notes with apples, vanilla, almonds and icing sugar. This gives the whisky a clean nose with more spirit influence, but there’s the interesting edgy dynamic of cask char and a hint of smoke.
Taste: more delicate notes with an oily texture with vanilla wafers, almonds again and a nutty spirited aspect. Again, its the edginess that pulls you in with the cask character.

Overall: this one had escaped me until this evening, bringing back memories of our trip to the distillery in 2016. The grapefruit tobacco smoked marshmallows are very delicate and melt in the mouth. At times the whisky threatens to swap its accompaniment, but the gentle tobacco acts as seasoning thereby lifting the smoke within the dram. I felt as well it prolonged the finish nicely. Some may have asked for more tobacco – or even grapefruit – but I was pleasantly surprised.

Paired with sultana shortbread from Mimi’s bakehouse. This grain whisky is part of the Robert Graham Treasurer’s range and is bottled at a mighty 64.1% strength from cask number 13 with an outturn of 240 bottles. This release will set you back £135.

Colour: turmeric honey
Nose: a sparkling lime soda and pine cones. A zesty arrival! Then a flashback from my childhood that took a while to place – polishing shoes for school with traditional black polish. Crushed almonds, coconut flakes, beeswax and mixed herbs.
Taste: oh its the texture that demands your attention initially. Thick and oozing its a joyous thing to experience. In a way it reminds me slightly of a Mezcal as its quite distinctive. A tangy lemon tart, a strong vanilla essence emphasis and those sour rubber sweeties that some enjoy.

Overall: one I have reviewed previously and enjoyed greatly truth be told. It’s a glorious grain and perhaps the favourite combination as voted by our group. The Invergordon is sweetness in a glass but the shortbread doesn’t lift this too far up the sweet scale. Instead, there’s harmony and the buttery biscuit with the added texture of the odd crunch sultana becomes irresistible.

Paired with whisky nibs chocolate from Chocolate Tree. This whisky comes from an undisclosed Islay distillery and is bottled at 40% strength and will set you back £37.99.

Colour: setting tablet
Nose: that familiar costal spray from Islay. Hot dogs in brine with a sprinkling of salt. Strong white flour on the edge which if you make bread you’ll recognise. Salted caramel that mixes the salty Islay influence and sugary sweetness.
Taste: pork scratchings that indulgent treat with some bacon fat thrown in plus milk chocolate. A hint of smoke for seasoning and more of that hot dog brine influence. A really inviting finish that has you reaching for another dram.

Overall: I’ve tried this whisky before as part of the Dram Team Incredible Indies tasting set. A very drinking Islay, with the rich 69% chocolate with the added texture of those crumbs it becomes a cold refreshing chocolate liquid with hints of iodine (the chocolate nibs were soaked in Laphroaig) and an element of roasted coffee beans.

Ultimately this is a very successful meeting of whiskies and crafted delights. A complimentary, harmonious coming together across all 4 whiskies and their pairings. My own favourite was the Invergordon, although the chasing pack wasn’t too far behind. For the ticket price of £25 it’s a worthwhile voyage down into the Robert Graham cellar and behind the curtain. Take a break from the hustle and bustle of the Edinburgh Festival and go underground.