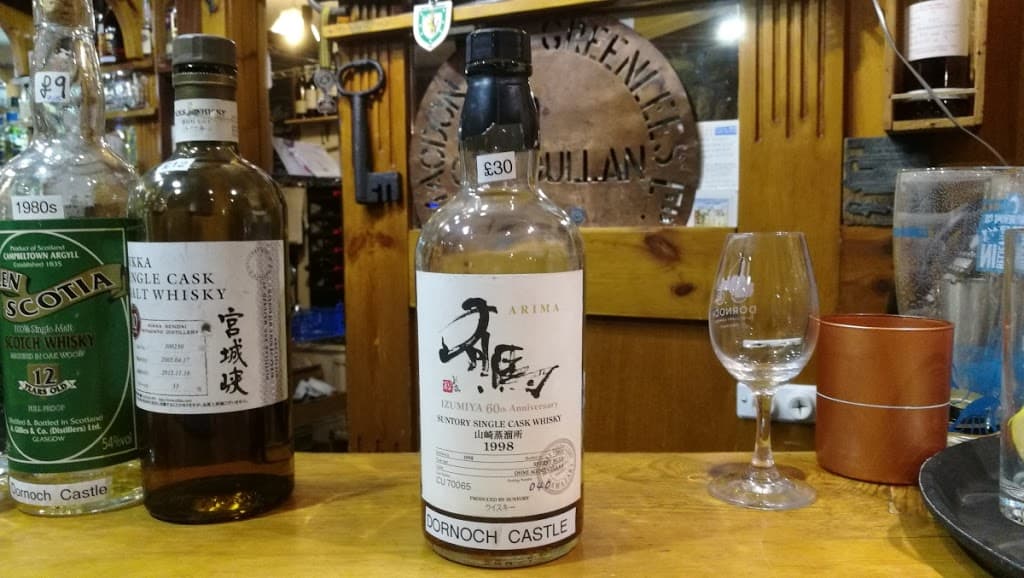 Time for a jaunt into the expensive realm of Japanese whisky with a single cask bottling. Recently, I was inspired whilst reading and reviewing Whisky Rising: The Definitive Guide to the Finest Whiskies and Distilleries of Japan by Stefan Van Eycken, to reengage with whiskies from this region. Lately as you’ll no doubt be aware, demand has soared and prices have gone supernova. To cope with unprecedented consumer interest, Japanese distilleries have had to limit stocks, cut or completely remove age statements and become even more inventive when blending.
The current state of affairs is that stock levels are recovering but demand still remains strong. Those good old days as many like to refer to them as, will never return as Japanese whisky is firmly established on the whisky map and the examples of releases hanging around are a distant memory. Still, there is much to appreciate if you can track down a bottling from Chichibu for instance, or if you’re fortunate to have a stash of Japanese whiskies acquired prior to the boom period. That, and you don’t care for values or auction sites.
Reinvigorated, I found myself visiting the iconic Dornoch Whisky Bar that has strong links with Japan. This possibly accounts for the odd interesting Japanese release they have within their snug world whiskies section. Bars it seems are the most fertile ground to track and snare a Japanese experience nowadays. Whether it’s on Speyside at the Highlander Inn, or even in Japan guided by Stefan’s book, you have to seek these opened bottles out. Normally they take pride of place in any bar and the elaborate and subtle label designs snare most interested parties.
Hence why locked in on this single sherry cask bottling from the Yamazaki distillery for Arima Izumiya 60th Anniversary. This was distilled in 1998 and bottled in 2013, celebrating this liquor shop in Kyushu, Japan. The cask number is CU70065 and the strength is a robust 60% a fortunate symmetry with the anniversary perhaps?
The Yamazaki is one of the most dominant Japanese distilleries and was the original being established circa 1923. Shinjiro Toril selected the site for its agreeable climate and prized underground water resources. These waters are plentiful and have been judged by the Japanese government as one of the best mineral examples in Japan. This universal acceptance is underlined by history as an ancient Japanese tea master built a ceremonial tea room nearby. The area is also shrouded in bamboo forests providing a wonderful backdrop to the hustle and bustle of modern life.

Yamazaki itself has been expanded twice, firstly in 1957 and again in 2013 to take advantage of the aforementioned boom. Today, it has 8 pairs of stills that feature direct heating for the wash variety. Externally it’s a very imposing and yet a Japanese visual design. Reading, Whisky Rising, I’m taken by the photographs particularly those from 1929 from within the distillery including an expansive malting floor. This could be Scotland for all you know and yet for many of us the nearest we’ll get to such a place is via a bottle.

The price at the bar for this dram was £30 and the bottle was certainly on its way to be finished later this year. For some readers this may seem like an excessive price but for the experience and appreciation, I felt it was a reasonable sum to part with. Yes, you may have been able to purchase a bottle of Glenlivet or Glenfiddich at a nearby retailer for around the same fee, but this is a single sherry cask Yamazaki and you have to live a little. With auction values now pushing beyond £1000, it’s fair to say if this bottle was to reappear at the bar the prize would have to be increased. Such is the state of affairs in whisky currently, not only for Japan but rare bottles generally. For now, lets see what this opened bottle has to offer.
Colour: a well worn conker
Nose: extremely robust with cherries, dark chocolate, treacle and honey. Bold flavours indeed, followed by walnuts, cardamom, cola and cloves. Great depths here with figs or maybe that’s prunes and a well fired steak.
Taste: interesting, not as expansive as I was expecting but bold and yet focused. Liquorice, bacon fat with more treacle and chocolate. There’s a barbequed charcoal meatiness that’s evident and then herbal qualities with sage and tarragon. It’s a meal in itself chewing on this whisky. A rich brown sugar and some caramel with a touch of water but I prefer it without. Again, a strong black coffee and more of those cola cubes.
Overall: well this Yamazaki was an experience. I can appreciate it as an oddity and showcase for a forceful Japanese sherry cask whisky. However I prefer more subtle sherry tones and flavours compared to this beast. Well, I suppose if you have an anniversary its worth celebrating with something memorable and distinctive isn’t it? You wouldn’t forget this dram in a hurry and the bottle would certainly last you a considerable period of time.
CategoriesUncategorised