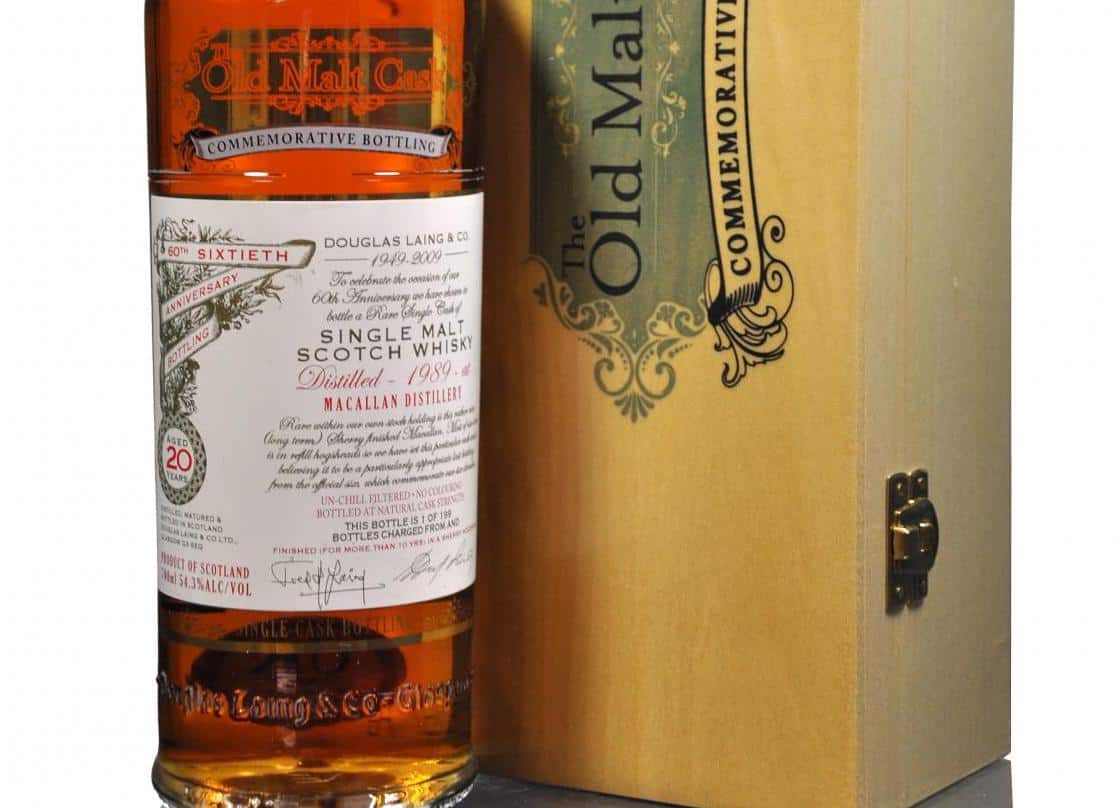 So with that mind, here’s a cheeky Macallan that has been distilled back in 1989. It was bottled in 2010 under the Old Malt Cask range, which was then owned by Douglas Laing – before the family company split into two wings. The brilliant Old Malt Cask range now sits under Hunter Laing & Co, and continues to be one of my favourite independent bottling ranges (to the point where I could just buy anything on a whim from the range and trust it to be good).

Anyway, this Macallan was a release of just 199 bottles launched to commemorate Douglas Laing’s 60 years from 1949 to 2009. This was “finished” for more than a decade in a sherry hogshead, which I’m not really sure counts as finishing. That’s half its life, and most certainly falls under double maturation (which I believe tends to be considered as having 2 years upwards in different wood). Bottled at 54.3% ABV, expect to pay around £200 if one of the 199 ever does pop up at auction again. 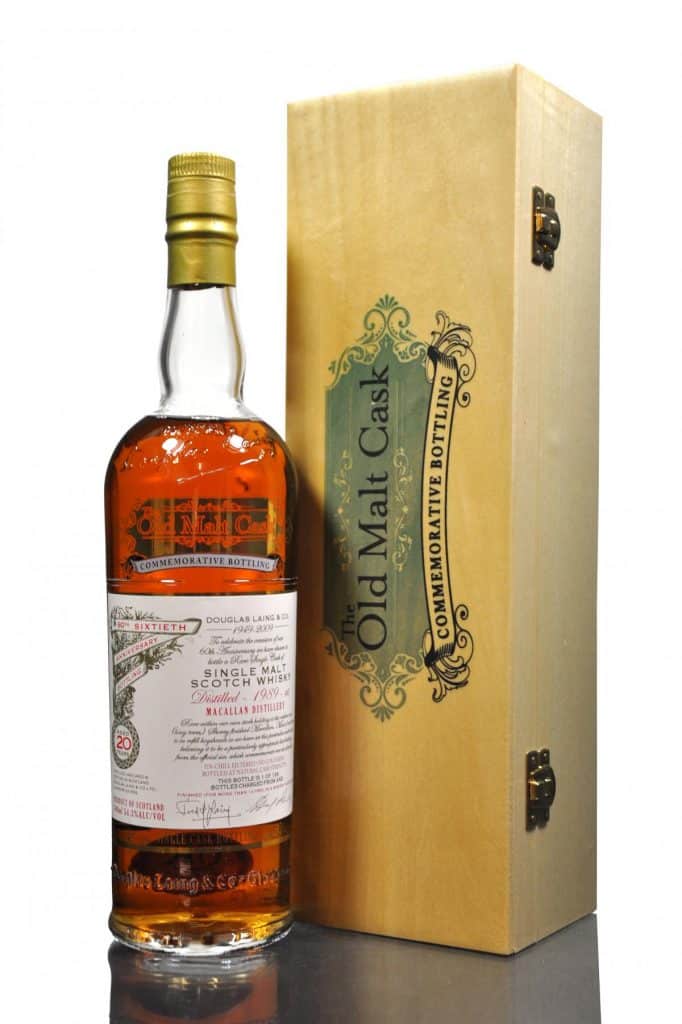 In the mouth: thick, silky, chewy and immense. It’s the cherries that lead the way here, with rhubarb, caramelised sugar, vanilla, but tones of dried fruits as you’d expect. For the age it’s very bright, with herbal notes: thyme, fennel, flashes of mango and more tropical notes, but it returns to that warming stem ginger, syrup and raisins. Touches of black tea on the finish.

No doubt about it, this is a beautiful whisky. Old school, full of flavour, it’s whiskies like this that make me lament for the old days, even though in this particular case the old days were only seven years ago. I think, also, when independent bottlers are celebrating something and put out something special, the whisky tends to be a fraction more lovely (and possibly costs a little more too). But it’s worth it.

Needless to say, if it does come up at auction, and you do have a bit of cash in your pocket – then I’d simply go for it. 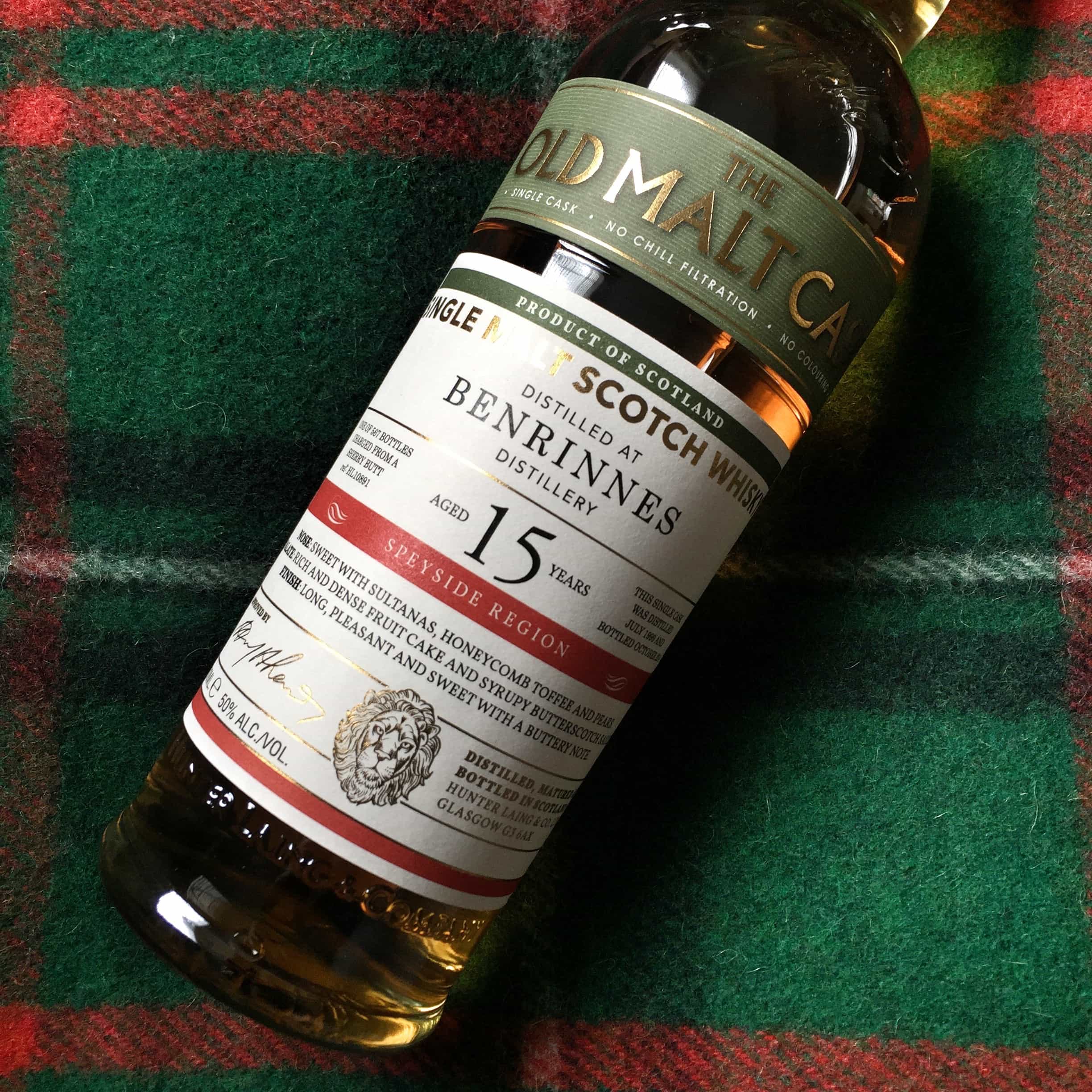 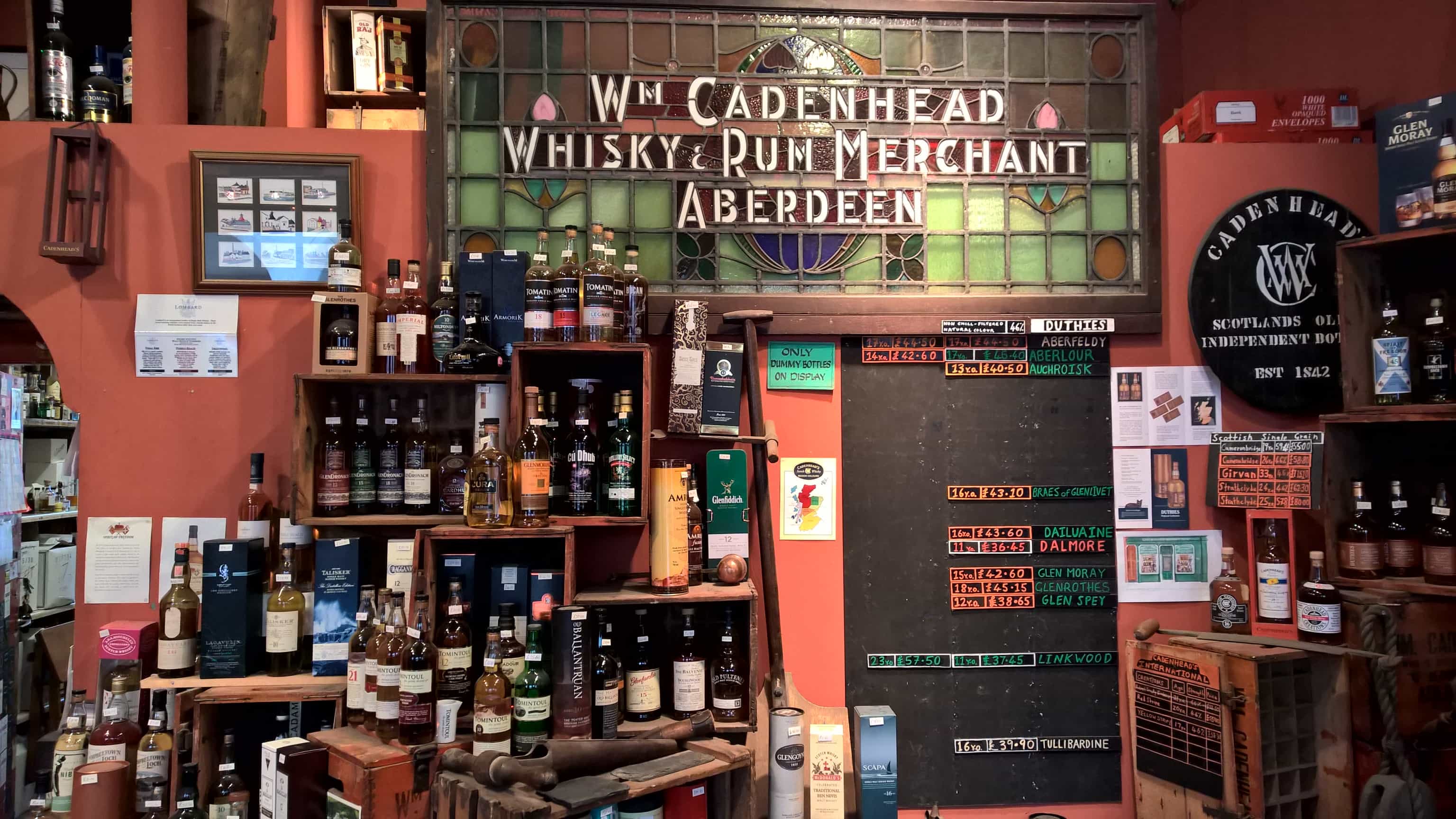 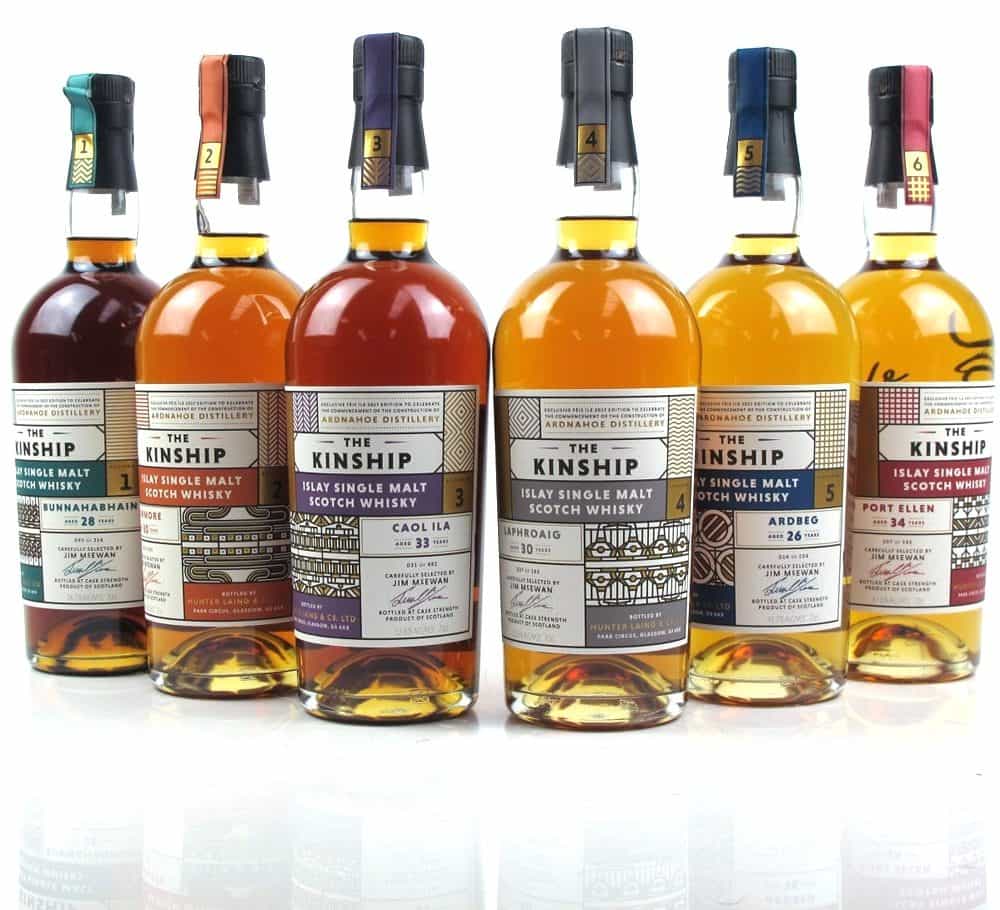