In recent times there have been changes at the Scotch Malt Whisky Society, as the new owners plot the way ahead for the business. What may have commenced life as a small group of friends is now an international concern with money-making potential. Our frank interview with Kai from the SMWS covers some of these changes, the future and comments from current or former members – it’s well worth a read.

However, we mustn’t forget that there are many who are happy with the Society and what it represents today. This silent majority may not be as vocal online or interact with social media, but they exist and continue to be satisfied.

When I became a member of the Society several years ago, the comments from older and wiser whisky enthusiasts I knew personally were not positive. They lamented the old days, offers and range of casks – much like the criticism that you will see today. Arguably, things will never remain static or be the same within the Society or any other institution, organisation or distillery. My friends had moved on as whisky drinkers and were replaced by new eager recruits like myself.

Now my time with the Society was very enjoyable and educational. I stepped away earlier this year frankly because of some of the monthly outturns, but more due to the Cadenhead 175th Anniversary release programme. For a year it felt wiser to concentrate on my favourite independent bottler who offered a range more suited to my tastes and in doing so maximising what money I had to spend on whisky each month. The Society also seems to rarely bottle Tormore. Even now, I watch out for the Society releases with interest including the fleeting hope of a Tormore and who knows what 2018 will bring?

That seems to tick the full disclosure box alongside an honest summary here at Malt. Go read the interview and see what you think for yourself. That’s what counts ultimately. We’re only a guide rather than the law.

As a companion piece, we thought it’d be interesting to sit down with some old releases from the Society alongside some more modern offerings. The point is that if the old releases were so great then they’d tower over today’s offerings. It’s just a bit of fun, but with the Dornoch Castle Whisky Bar now being an approved SMWS bar, the opportunity was too good to pass up. In particular, I wanted to experience some of the more overlooked distilleries from a bygone period rather than just go with the big names. Finding myself at the bar for longer than normal, this is what I selected in numerical order.

On the nose: salty initially and cooled bacon fat – not a nice image but it smells great. The vanilla kicks in followed by smoked almonds, weathered driftwood and pine cones, with the freshness of pencil shavings and tablet. Water brings out a certain sweetness that I’ve noted down as cherry and more of the vegetative earthiness.

In the mouth: very and Islay and woody are my first impressions. Smoked haddock (not the luminous kind), white chocolate and more of that driftwood. Salted peanuts, honeycomb and salted caramel all come into the equation.

This is a crowd pleaser and as the Society is known for their consistent bottlings of Bowmore and Caol Ila, it seemed only fair that this was included. A very enjoyable and above average release this will find favour with those who enjoy such whiskies although given its age I expected more.

A MacDuff, or Deveron nowadays if you prefer. Distilled in March 1979 before being unleashed in July 1991 at a strength of 55.7%.

On the nose: a very fresh and pungent arrival but entirely clean and refreshing. Intriguing, almost floury and floral at the same time. Timid apples, some icing sugar, wine gums but also the overriding sense of polystyrene. A touch of white wine vinegar, pear drops and a faded cinnamon stick.

In the mouth: you’re not prepared for the wood driven sweetness that drives across the palate and into the sugary finish with a touch of bitterness. A clay-like body, muggy almost flavoured with cask char, cloves, nutmeg and sweet liquorice.

It is very wood driven but it’s a talking point. Drinkable at cask strength, I think they’ve picked this at the right time to bottle before it became overpowered. Probably the most interesting and talkative MacDuff I’ve experienced, which isn’t saying much admittedly but I’d be happy to purchase this bottle.

A Balblair, distilled on 11th May 2007 before being bottled at 9 years old. Interestingly a 1st fill French hogshead was utilised, resulting in an outturn of just 144 bottles at 60% strength.

On the nose: an abrasive arrival with alcohol followed by stewed apples, a touch of rosewater, rubbed bronze and coconut. Some dark chocolate flakes, golden syrup and raw pastry before the spices taken centre stage with nutmeg, all-spice, pepper and cinnamon. The injection of water delivers a floral note and well how else can I say but mouldy white bread, the cheap kind that has more additives than a chemical table.

In the mouth: a strong sense of toffee that moves into a marzipan finish. An element of burnt coffee and fruit loaf comes into play as well. Water sands down the edges, leaving an almost bourbon set of characteristics with vanilla, cinnamon and caramel.

This Balblair is solid stuff and an interesting taste of a rather punchy piece of French wooden cask. Priced at £49 – and still available folks – it’s a reasonable admission price for an interesting whisky.

A rarely seen Glenburgie belonging to the .1 debut club. Distilled in November 1979 before being bottled in July 1989, at 60% volume from a sherry cask.

On the nose: a lovely gentle sherry arrival with allspice, nutmeg, golden raisins and ultimately a liquidised malted loaf. Just delicious, inviting and perfectly balanced in my opinion. Further on there are cherries in the mix, also frangipane and a sweet cinnamon rounded off by liquorice and honeycomb. Water reveals caramel.

In the mouth: a big boisterous arrival but sadly not the development I was anticipating. Rolled tobacco, dark chocolate and a hint of Tabasco sauce – so that’s peppers, vinegar and salt combined – with rubbed brass and a metallic aftertaste. Adding water does reveal figs, a dirty vanilla and a touch of treacle.

Some serious old-style funk going on with this ancient Society bottling. A great cask, one different from today’s sherry butt’s that only deliver a restrictive handful of flavours. Unfortunately, as this is a .1 release is hugely collectable and why we should open more bottles and experience their delights.

Old versus new – the winner?

There you have it, a comparison of old and relatively new. It’s a close-run thing and the main notes I’ve scribbled down here are about variety and appreciating overlooked distilleries. That’s the beauty of the Society when things are harmonious but currently, there are choppy waters. With so much choice available nowadays it is really down to you how you spend your hard-earned cash and if this avenue offers enough variety to meet your requirements. Overall it’s a draw, but if you twisted my arm, I’d go with the old brigade – but oh my, it’s very close. 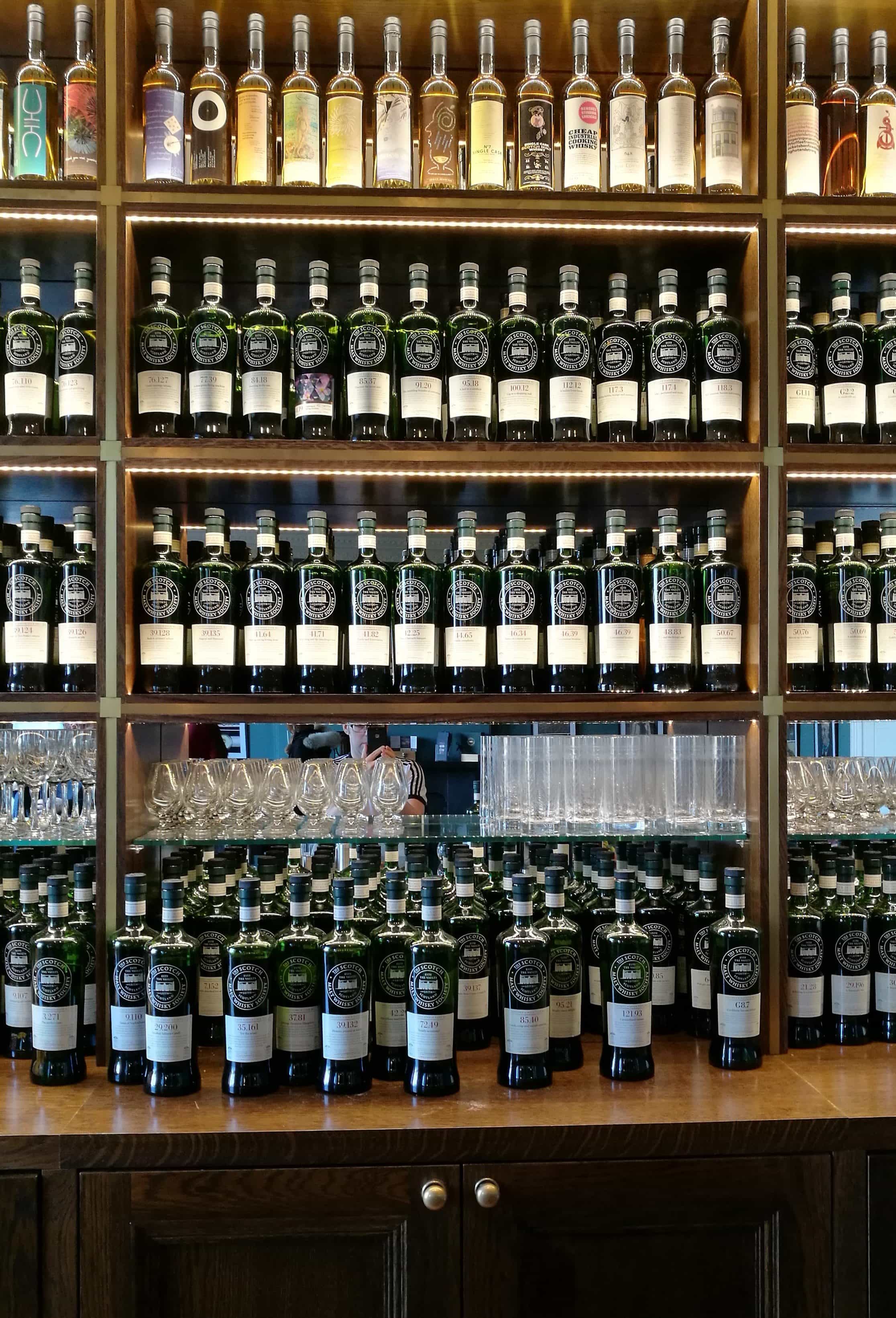 SMWS Versus The Critics

Part of the appeal of the Scotch Malt Whisky Society bottling programme is the focus on rarely seen distilleries that often produce for blends. These..