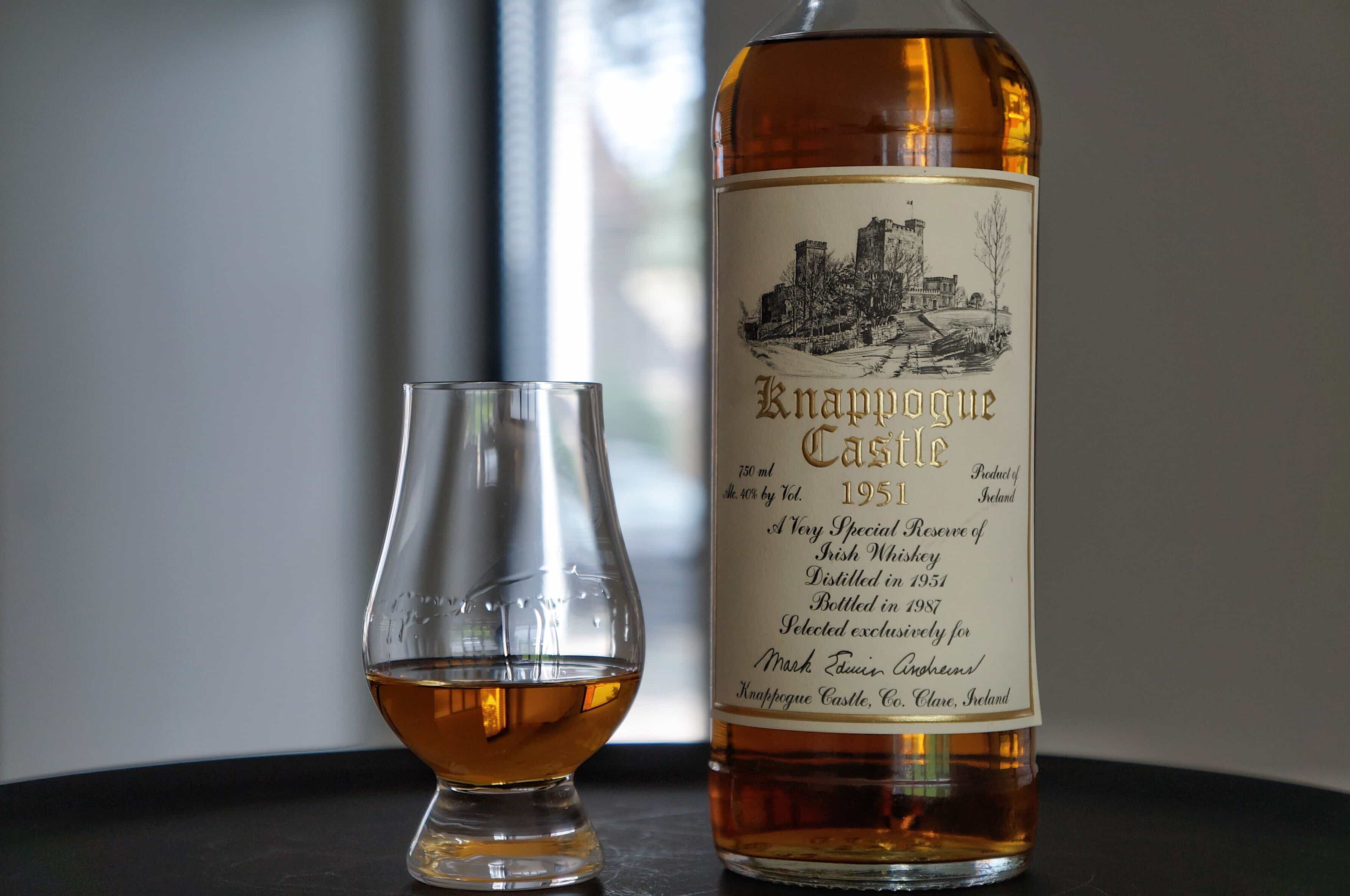 My knowledge about Irish Whisk(e)y isn’t something to write home about. Yes, I might have had a Teeling whiskey once or twice, and tasted some other brands too, but I have never taken the effort to find out more about it. But with the rising popularity of Irish whiskey, and also the strange stories that pop up once in a while, I got a little curious – and thought it might be time to expand my horizons.

This Knappogue Castle, distilled in 1951, is a release from independent bottler Knappogue Castle. Nowadays it is a label of Castle Brands Inc, but this wasn’t always the case.

Knappogue (pronounced Nah’ Pogue) Castle is named after a 15th century castle in Ireland. The castle, which was no more than a ruin, was bought in 1966 by Mark Edwin Andrews, an American with strong ties with Ireland. Together with his wife, he restored the castle and started to buy whiskey casks from several distilleries in the country. The casks were further aged before being bottled and named after the castle. This 36 year old Knappogue Castle 1951 was his last bottling, and is now one of the oldest Irish whiskeys commercially available.

But the story continues as, in 1998, his son, Mark Edwin Andrews III, started his company Great Spirits LCC in the US. He wanted to keep his father’s legacy alive and made Knappogue Castle 1951 available to the public. After that the company released several other single malts, all vintage-dated and under the same label. In 2010 the Great Spirits was merged into Castle Brands Inc. And that’s also when they released their 12 year old whiskey, the first in a range with an age statement rather than a vintage.

Although not stated on the bottle, it’s no secret that the whiskeys from Knappogue Castle are sourced from the Cooley distillery, and more recently from the Bushmills Distillery. But this Knappogue Castle 1951 was made at the old Tullamore Distillery (B. Daley), which closed its doors in 1954. It’s a traditional pot still whiskey, which means it is made from both malted and unmalted barley. It has been matured in a sherry cask for 36 years, before being bottled in 1987 at 40% ABV.

On the Nose: After I opened the bottle it was a lot less fruity. More on molasses, syrup and apples. Right now that is pushed back and currently (the bottle has been open for 6 weeks now) I get a lot of nectarine and grapefruits. Unripe cantaloupe melon and some nail polish remover. Don’t worry it’s just a hint to that. The fruits are dominant here with a soft touch of apples with some cardboard / mustiness in the mix. A weird combination if I would be reading this but that’s what I get, and it’s very nice!

In the mouth: Cassis and melons. Stewed apples, syrup and citric notes. Followed by peaches and apricots that are all covered in some mustiness. It’s not as thick as I hoped for, but it’s bottled at 40% and you will notice that. It still has some good flavours though! Apples and melons is a combination that works. Finish: Quite short with caramelised apples, a bit of citrus, and a touch of linoleum.

A bit of a higher ABV would have given this whiskey a fuller body. But it’s very interesting. It was a unique chance to try this, taking into consideration that this Knappogue castle is from 1951 and something you will not bump into that often. It’s not a stellar dram, but it’s really good. It tastes old and doesn’t taste like anything you can buy these days. 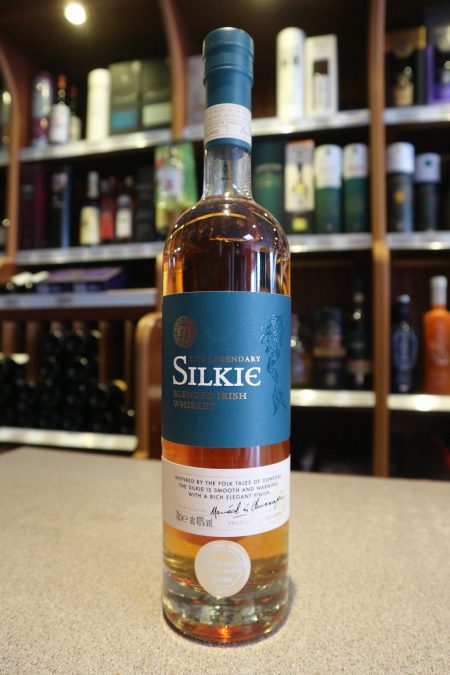