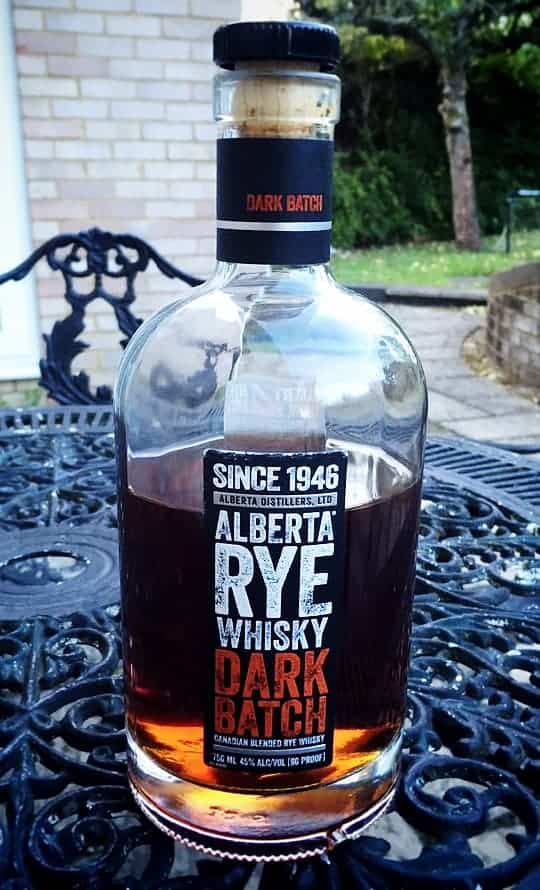 Canada. The world’s second largest producer of whisky (when you ignore all the molasses-based spirit labelled whisky in India, as you should). And yet, rather unfairly, with an international reputation that’s about as shiny as a 19th century chimneysweep’s face after he’s followed a week-long shift by falling into a swamp.

Much of this comes from gross misapprehensions, and an understandable, but rather ill-advised tendency by the international drinker to try to find direct comparisons between Canadian whisky and the stuff they’re used to drinking. So your bourbon fan asks about mashbills, which aren’t really relevant to Canada. And your scotch fan (by which, let’s face it, we mean “malt fan”) sneers at all the grains Canada uses that aren’t malted barley.

Moreover, everyone hangs their hat on the fact that it’s perfectly legal for Canadian blenders to add up to 9.09% of non-whisky products to their whisky, and assumes that means that every Canadian bottle is culpable. Well look, by an as-yet-unreformed law it’s legal for me to shoot a Welshman with a longbow from 12 yards in Hereford Cathedral Close. But you don’t see me reaching for a quiver and a tape measure.

Canada does not make just one style of whisky, and you cannot define it by generalisations. Good Canadian whisky makers, I promise you, are emphatically not reaching for the prune juice carton. Canada makes great whisky, from cereals, in a unique and inimitable style. What Canada isn’t great at is shouting about its whisky, or explaining quite what makes it great.

Nor is it great at exporting its showpiece stuff; it took until June this year for Lot 40 and Wiser’s 18 to reach the UK, and most people still aren’t drinking them. If the average UK whisky drinker has encountered Canadian at all, it’s probably through the ubiquitous Canadian Club, or the unremarkable, but over-maligned standard Crown Royal. Mentioning no names.

Indeed some of the best Canadian whisky you’ll drink is bottled in the US under a brand’s own label. Whistlepig 10, for example. Or Jefferson’s 10. Or Masterson’s 10. All of them 100% ryes from the magnificent Alberta Distillery, whose own bottlings are (almost) nowhere to be found this side of the water.

Not having yet assembled the pennies for a Canadian adventure, I hadn’t tried Alberta’s own-label kit. The one that really piqued my interest was Dark Horse; a 45% ABV blend of 91% Alberta rye, 8% Old Grand-Dad bourbon from the Beam distillery, and 1% sherry. (Yes, they add the sherry directly, and no, I don’t have a problem with that. 1% sherry is far less than you’ll find in, for example, the average A’Bunadh. Which I love).

I’d noticed for a while that the Whisky Exchange had a few specially-imported bottles under its US label of Dark Batch. Whilst I wanted to try it, the price of £51 put me off a little. This is, after all, a whisky that sells in Canada for about $25. (£15 to you and me). Eventually though, curiosity killed the cat, which brings us to this review. 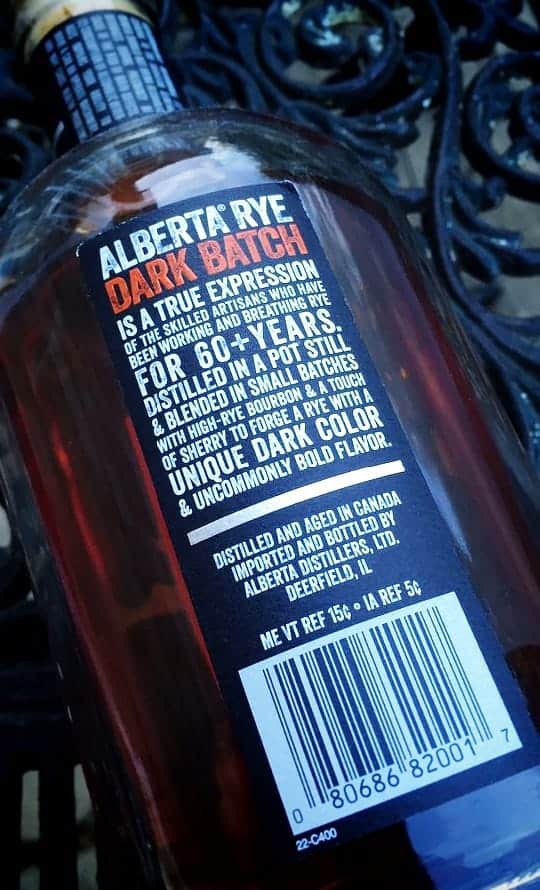 On the nose: Bounds out of the glass, but it’s a little convoluted initially. Lots of mildly disparate elements all shouting slightly tumultuously. Sherry has a big presence; raisins, and a touch of smoky dark chocolate, but also sharper notes of balsamic vinegar. The rye grain is spearing its prickly, peppery way through, which betrays the relative youth of this spirit. A touch astringent. Perhaps the sherry was intended to mask this slightly. Things do settle down after a few minutes, and the riper sherried aspects take more of a driving seat. Not a sherry bomb in the style of something like Glendronach though.

Certainly not a typical high-rye whisky, and the sherry takes a fairly firm hand. It makes me wonder what percentage of Glendronachs and A’Bunadhs are sherry, once bottled.

I came at this whisky in extra-critical mood, because I do want people in the UK to start sitting up and looking at Canadian whisky properly, and that’ll never happen if I start gushing and oh-my-God-ing. Also because Malt is a scrupulously honest sort of place, and because I’m a bit of a cynic, and a stated fan of Alberta’s whisky.

It’s a rather odd bird, this whisky. The Tacky the Penguin of Canadian spirit, if you know your children’s literature. It certainly isn’t like any rye I’ve had before, and it isn’t quite like any sherry-influenced whisky I’ve tried, either. You can’t say it isn’t full of character, but there’s a little dischord in the bottle; not always the most harmonious experience.

Is it worth £50? No. But it really shouldn’t be judged on that. This is a £15 whisky, and for that money it knocks spots off anything you’ll find in the UK. Which is why I’ve upped my score from a 5, because if you find yourself in Canada, and happen upon a bottle, you should buy it. It’s a unique experience, and everyone I’ve poured it blind for has rated it at £30+.

In fact, if this was in the UK for £25 or less, I don’t reckon anyone would be without it. And plugging Canadian whisky would become a far, far easier prospect. 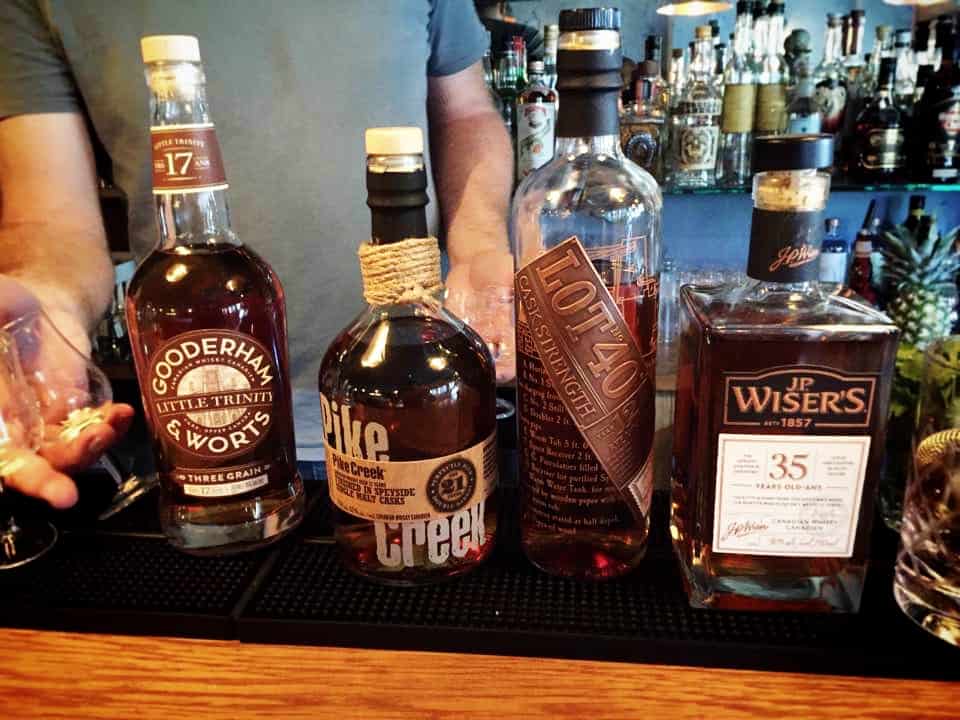 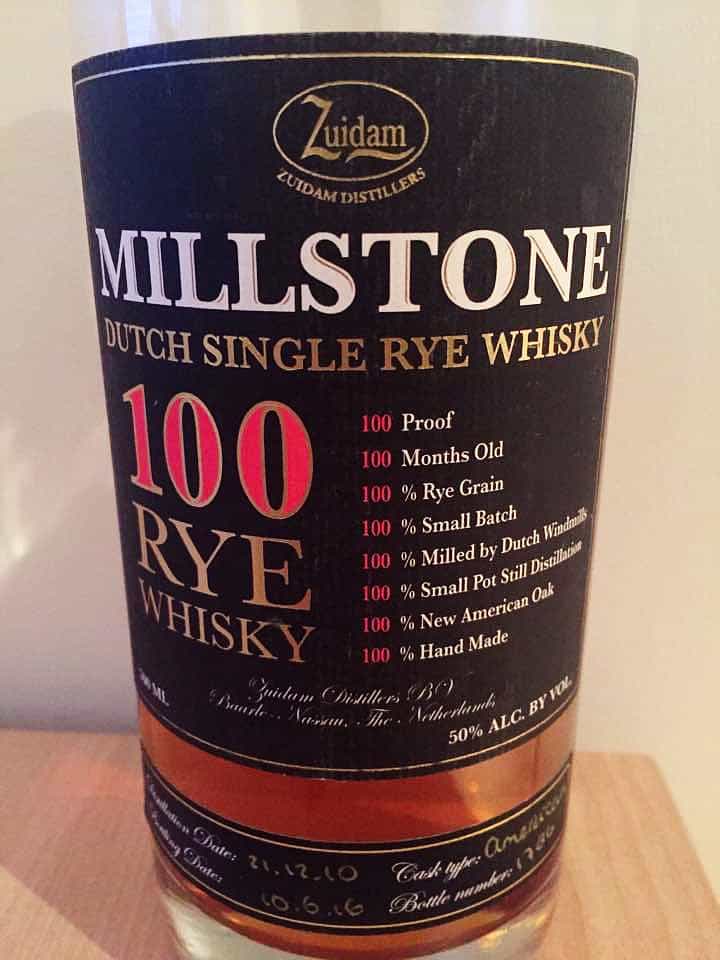