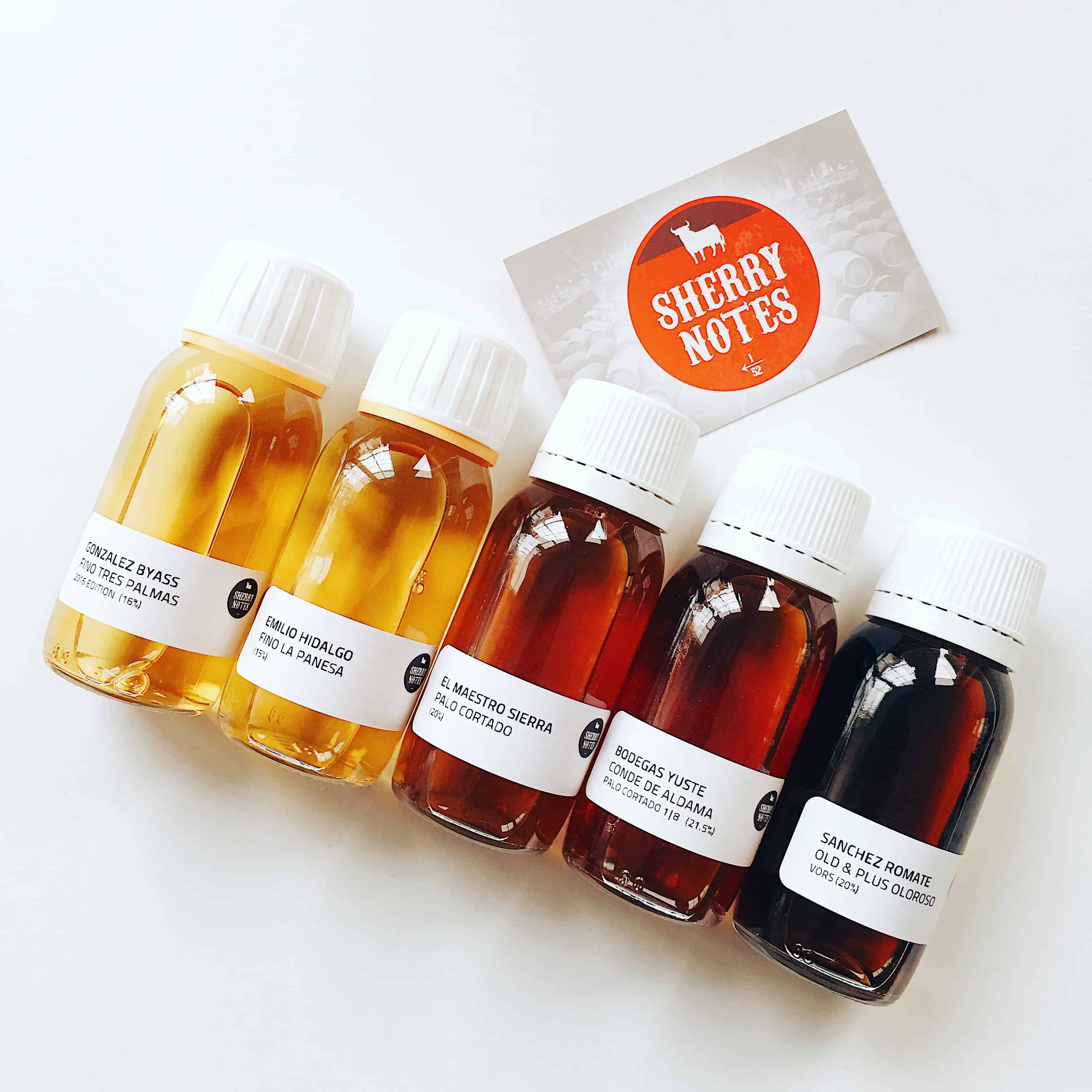 Sherry is one of those drinks that I respect a great deal, but very rarely get the chance to explore properly. Whisky is, of course, my drink of choice. Rum is firmly in second place, and I suppose the occasional cheeky bottle of red wine is what I would consider a fun drink (one I can fully enjoy without having to review). So, my liver being battered and bruised as it stands, this doesn’t leave much room for other drinks.

It’s International Sherry Week 2017, and so what better way to celebrate than to actually taste something different… like sherry. Now, I’m a fan of whiskies matured in ex-sherry casks, so it’s not a huge stretch for me to appreciate sherry, and I have enjoyed many in the past. Ruben, the editor of the huge whisky website WhiskyNotes, also runs a sherry website called SherryNotes. He dropped me a line to ask me if I’d be interested in taking part in an online tasting and, given I respect his opinion on whiskies very much, it was a bit of a no-brainer for me to take part in this.

The event itself was earlier in the week, on Twitter, and involved numerous sommeliers from the continent, many of whom selected the sherries that we would be tasting. We tasted five different sherry wines in all, and here are my notes in full. (I say in full, but I realised the tasting was 7pm – Eurpean time, not GMT – which was 6pm. So I whizzed home from work and just about made it.) 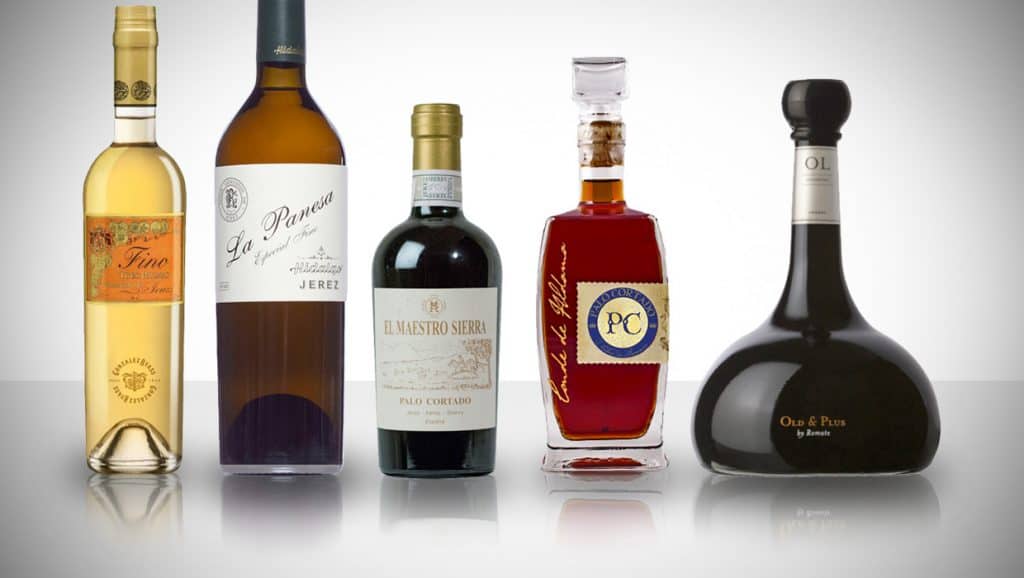 Suggested by François Chartier (award-winning author and Best Sommelier in the World 1994, Canada – @papillesetM). One of the oldest Finos on the market (around 15 years), from a very small selection of barrels in a humid part of the bodega.

On the nose: a curious balance of musty, acidic notes and the very fresh fruit, pears perhaps. (Forgive me for the brevity, but I was playing catch-up at this point in time.)

In the mouth: a lead in of honey, green apples, almost cider vinegar acidity; quite a lot of citrus, lime, kiwi fruit. Tart, with pink grapefruit and brine.

Suggested by Master of Wine and Master Sommelier Gerard Basset (Hotel Terravina, UK – @GerardBassetOBE). The 2016 collection of Finos Palmas was selected by Antonio Flores with the help of Gerard Bassett. Tres Palmas is a very old Fino of around 10 years of age, on the verge of losing its flor.

On the nose: dried apricots at first, with a certain nuttiness and quite a sweet note. Green tea with honey.

Suggested by Gianluca Di Taranto (head sommelier at The Jane **, Belgium – @gnlcdtrnt). Sourced from 4 barrels of Palo Cortado of an unknown age, the solera is estimated to be over 70 years old.

On the nose: much more depth for me here, slightly resinous with raisins (yet somehow lacking that sweetness), and a mustiness – perhaps more agricultural. Yeastiness in a bready kind of way.

Suggested by Meritxell Falgueras (author and blogger, Spain – @winesandthecity). A wine from the forgotten pre-phylloxera soleras of the Duke of Aldama, of which only 8 barrels are left. It could be over 100 years old, making it one of the oldest Palo Cortados around.

In the mouth: (By now I find the acidity a curious theme throughout them all.) Heady stuff: creamy, almost dark ale bitterness, with lovely puckering fruits, sultana, a little lime juice. The balance between sweetness and acidity is very well expressed indeed.

Selected by (@SherryNotes). A very ample, aromatic Oloroso, over 30 years old, which traditionally had been reserved for the family’s private consumption.

On the nose: sultanas, cranberries, blackcurrants, cherries and dates. Nutty again, slightly woody perhaps – old suitcases one finds in second-hand shops. Much more the nose that whisky drinkers might think about in terms of sherry casks.

In the mouth: blackcurrants, walnuts, and indeed much the same as the nose with those cranberries and sultanas. Figs, with a lovely earthiness underneath; slightly dry and cloying towards the finish. Cloves and cola!

The Oloroso Old & Plus VORS (Sánchez Romate) was for me the winner here – it’s just got the depth and flavour profile that really gets me going as a whisky and rum fan.

A lot of fun to take part in this tasting. I’ll admit, it took me a while to get into it, largely because I’ve been  nosing so much whisky of late and this is quite the change of gear. It takes time to adjust, to get into the zone. Also, I’m surprised by how much acidity was shared between all of these sherry wines.

It’s good for whisky drinkers to check in with sherry from time to time, particularly as there’s plenty of bullshit marketing around the casks giving sweet sherry flavours to the spirit when many (all of these) were not at all sweet. Part of me thought it would be excellent to do a tasting of spirit having been matured in the sherry casks, and tasting the sherry that was held within them alongside, purely in the name of science.

Thanks to Ruben for the invite. I’ll try to join bang on time for anything like this in future, now I know it’s European time rather than good old GMT…

Following the prolonged excesses of the festive period, the whisky world slows down a revolution until the arrival of 25th January. This heralds Burns supper..