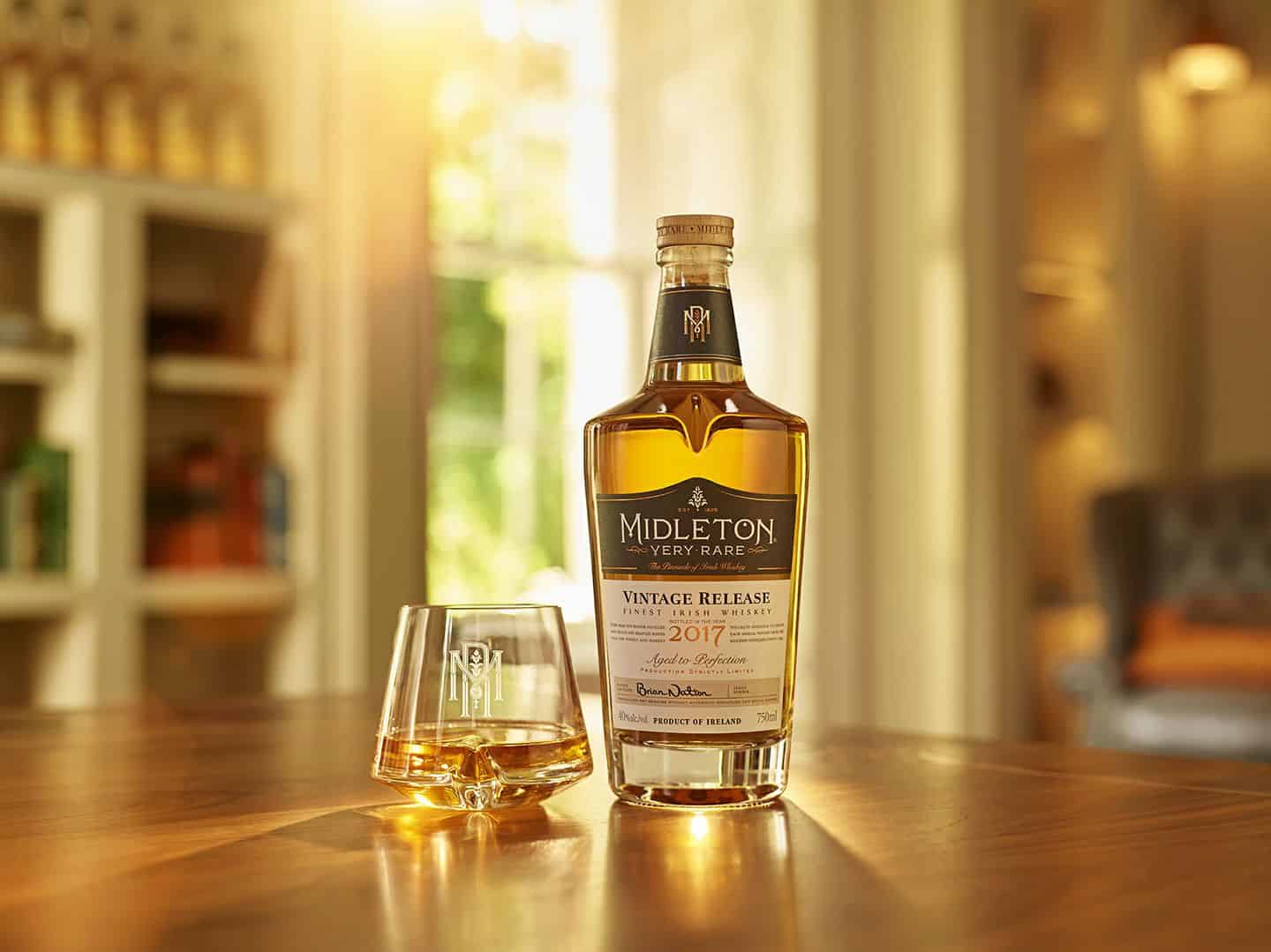 Very few Irish whiskies get this much fanfare. Very few products have any right to lay claim to being a luxury whiskey in Ireland (luxury being that much-abused term across the drinks world). I suppose even Irish whiskey itself as a sector tends to dwell in the rough and ready roguish element, a land of clichés and ill-thought-out marketing spin. It revels in showing images of bearded Irish hipsters sitting in workshops with tools littering the floor like a health-and-safety nightmare. Though to be fair, far worse can be said about Scotch whisky’s marketing.

But luxury hardly ever gets much of a look in. Apart from Midleton Very Rare, that is. This is the one Irish whiskey that is firmly marketed to the luxury sector. Midleton Very Rare Vintage 2017 actually coincides with the launch of the Midleton Very Rare Cask Circle Club, where affluent whiskey fans can select a cask from a list to suit their tastes – anything from 12-30 years of age, from bourbon, sherry, port, rum and – interestingly – Irish oak.

There’s lots there to choose from, so it’s rather curious that the Midleton Very Rare Vintage 2017 is made up of only ex-bourbon casks. Now, we don’t really get much information about what’s in this – and the proportion of casks types. We’re told that there’s whiskey ranging from 12 to 32 years of age, but how much of the 32 year old is in there remains a mystery. That old stuff is, however, the grain whiskey component. But there’s some 26 year old pot-still spirit in here too.

A word of disclosure: I got sent some stuff, a nice sample and two lovely tumblers (which, for someone who lives in ISO tasting glasses, are actually pretty cool). Yet as I’m sure Phil would explain, we’re a miserable bunch around here and such things don’t win any favours. 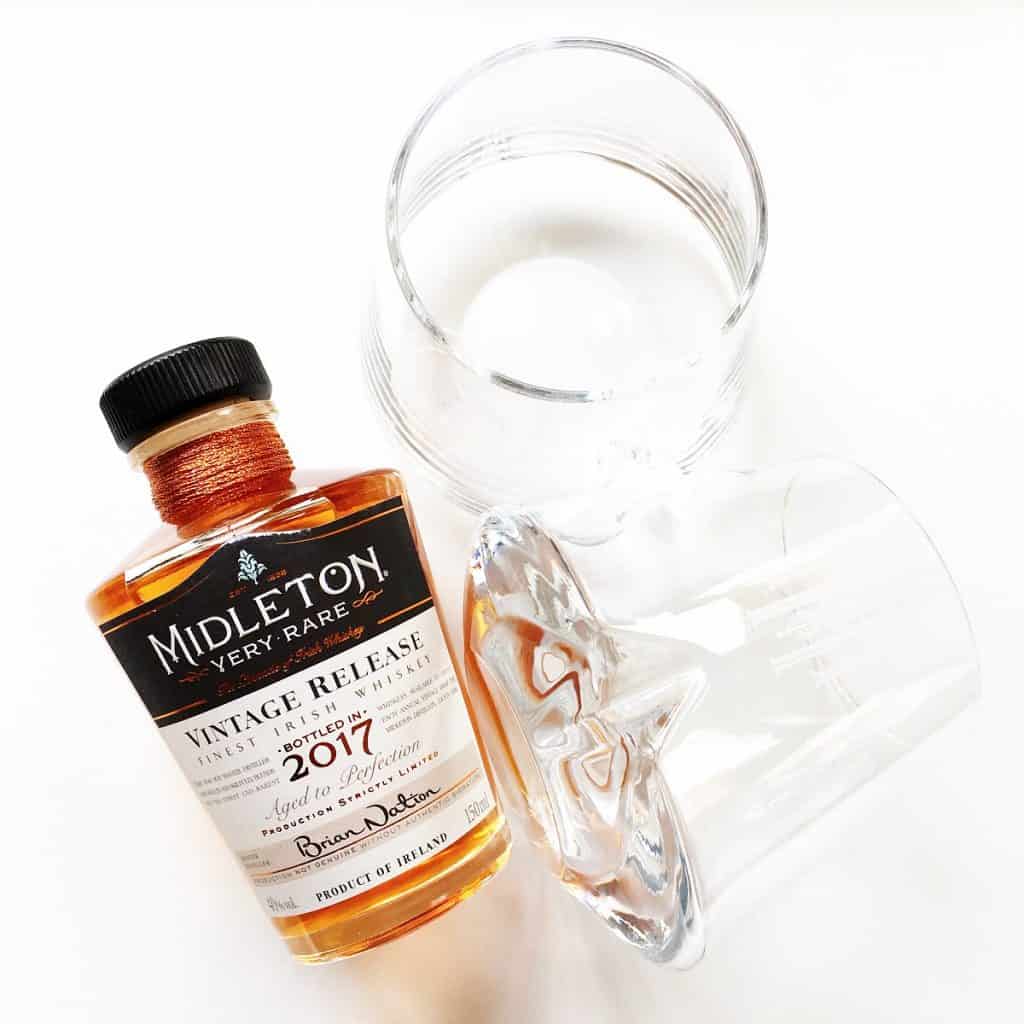 In the mouth: exceptional silkiness, with plenty of vanilla beginning to show at the start. That same light floral honey, with pear juice and green apples again. There are numerous layers to this – the depth and complexity are obvious – yet they feel very much constructed around the same core flavours: fresh fruits vary from the pears to oranges, with a little lime acidity; and the vanilla, toffee fudge notes and so on. Ginger – lovely and elegant – drifts off to the finish. When you’re sipping it in a less analytical manner, the toffee and vanilla notes do tend to dominate, yet that silkiness is really quite something – the grain whiskey really does its thing well.

It’s a fine dram indeed, let’s be clear. Where it stops short of excellence is for very dickish technical reasons, I suppose, but that’s what we’re about at Malt. What stopped this being excellent for me was that conscious dependence upon ex-bourbon barrels, which perhaps limited the breadth of the flavour profile, especially with grain spirit being used. (Grain and ex-bourbon casks over time really heap on the vanilla.) The fancy club members can choose from all of those exotic woods, so for a luxury whisky – with our without an ‘e’ – I’d hope to get some of that action. Also, the ABV was just a bit too short of fun – 43%, even 46% would be more my expectation for a luxury whisky. It doesn’t really seem to be playing fair to bottle it at 40%.

One tends to expect a little more variety of flavour in luxury whiskies, many of which I’ve been lucky to enjoy over the years. And those make for truly excellent, always-changing, contemplative whiskies. This is just a very good whiskey – and there’s nothing wrong with that. It sounds like I’m being critical – we’re like that for all whiskies at Malt – but there is a huge amount to like about it. As for the price? It’s £170 or thereabouts, which isn’t asking for the ridiculous amounts of money that Scotch luxury whiskies tend to ask for. Indeed, if this was a Scotch luxury blend, they’d be asking three or four times the price wouldn’t it?

So all in all, it’s very pleasant indeed. I’d just like to have seen more depth of flavours at play, more complexity, and a higher ABV. 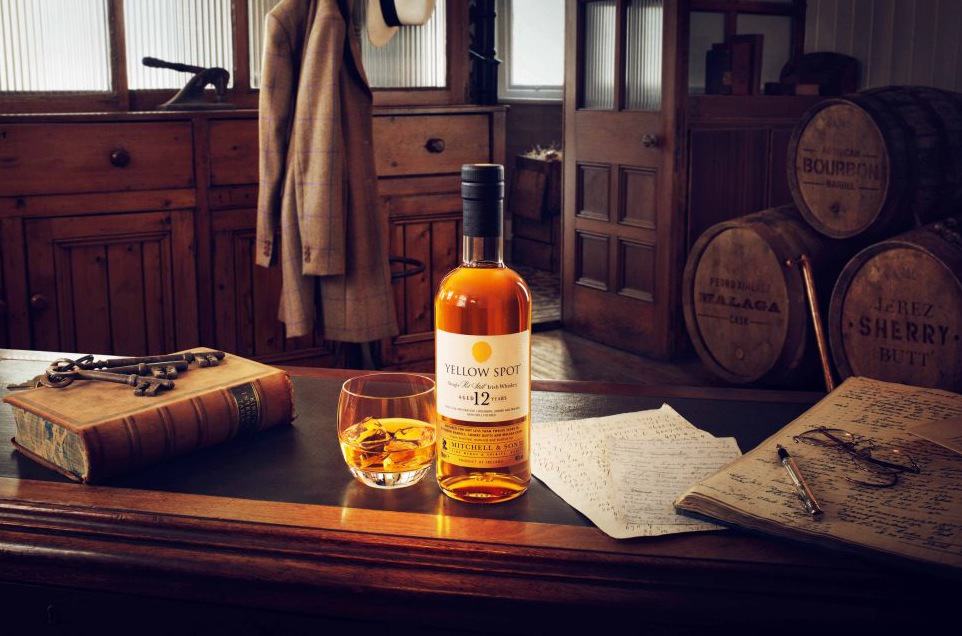