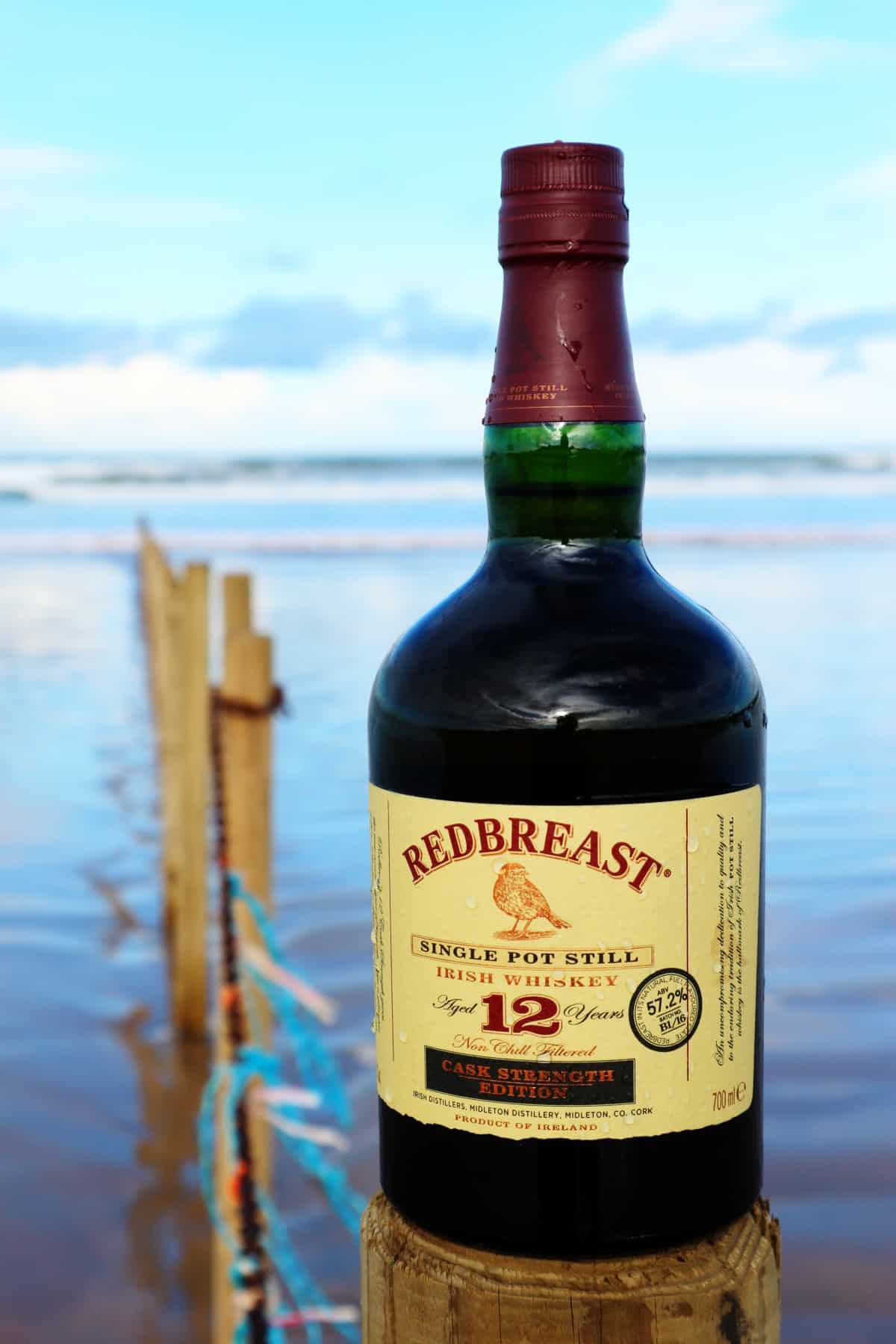 Redbreast was the creation of W & A Gilbey, the famous wine & spirit merchants of London founded in 1857. Originally specialising in importing wine from South Africa they diversified into spirits. This led to new branches being opened in Dublin & Edinburgh in 1859. In Ireland at this time it was common for distilleries to sell their wares to wine merchants or ‘bonders’ who would mature said distillate in casks of their choice under bond.

The first official recognition of ‘Redbreast’ as a brand dates to 1912 with the release of ‘Redbreast J.J. Liquer Whiskey 12 Years old’. The story goes that Gilbeys managing director was a keen ornithologist and decided to call three of Gilbeys portfolio after birds, namely Chaffinch, Redbreast and Yellowhammer. By 1968 supply of distillate to Gilbeys was under threat with Irish Distillers opting to phase out supply to bonded whiskey merchants. Gilbeys managed to ward off this threat until 1971 when the Bow Street Distillery in Dublin closed. By 1985 production of Redbreast stopped and in 1986 Gilbeys agreed to sell the brand to Irish Distillers.

As I said, I hold Redbreast 12 year old in high esteem. It’s not often that I buy the same bottle of whiskey but Redbreast 12 is rarely missing from my whiskey cabinet for long. However, since the release of the 15, 21 and now Lustau I have felt that the regular 12 year old is slightly hamstrung by the fact that it is bottled at 40% and chill-filtered. The newer releases are all bottled at 46% and non-chill filtered. C’mon Midleton… do the right thing here!

To be fair though I can’t be too sad as Midleton have provided us with a cask strength edition of the 12 year old. This particular example is Batch B1/16, bottled at 57.2% and non-chill filtered with no colouring added. Originally Redbreast in Gilbeys day comprised 2 sherry casks to every bourbon cask. I have it on good authority though that now it is comprised of 75% bourbon barrel matured spirit to 23% sherry barrel matured spirit.

This bottle cost me €75 from www.whiskysite.nl. 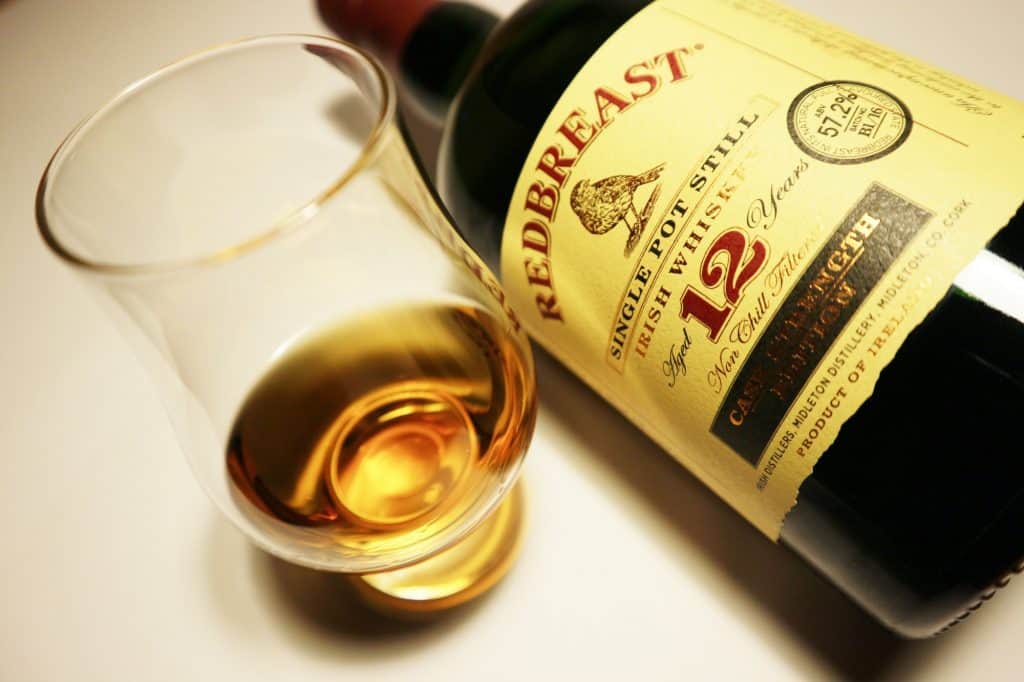 I have thought about this dram long and hard so as not to over-egg the pudding. I have had multiple drams to make sure my line of thought is consistent and I have come to the same conclusion every time. Redbreast 12 year old cask strength is a huge, powerful statement of Irish whiskey. Everyone at Midleton needs to be congratulated for a great distillate, great cask management and great blending. It is complex yet approachable, in your face and yet subtle. It brings layers of flavour to the table and just keeps giving with each mouthful. For me a must have, especially if you are a fan of Irish whiskey. If you aren’t a fan of Irish whiskey I think this may well convert you. 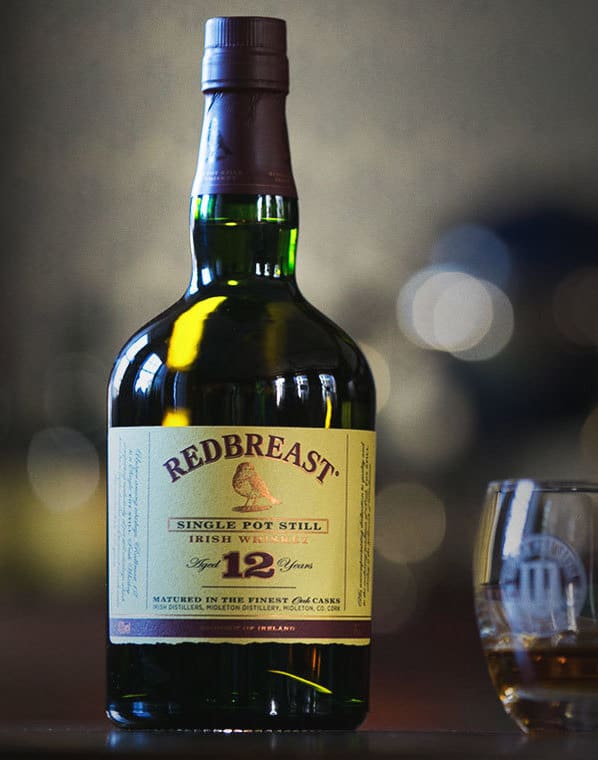 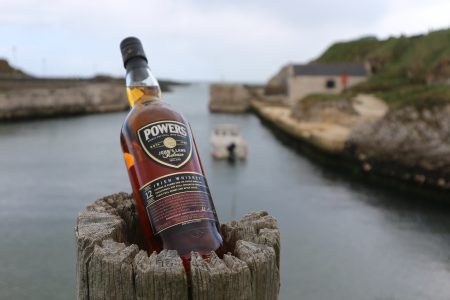