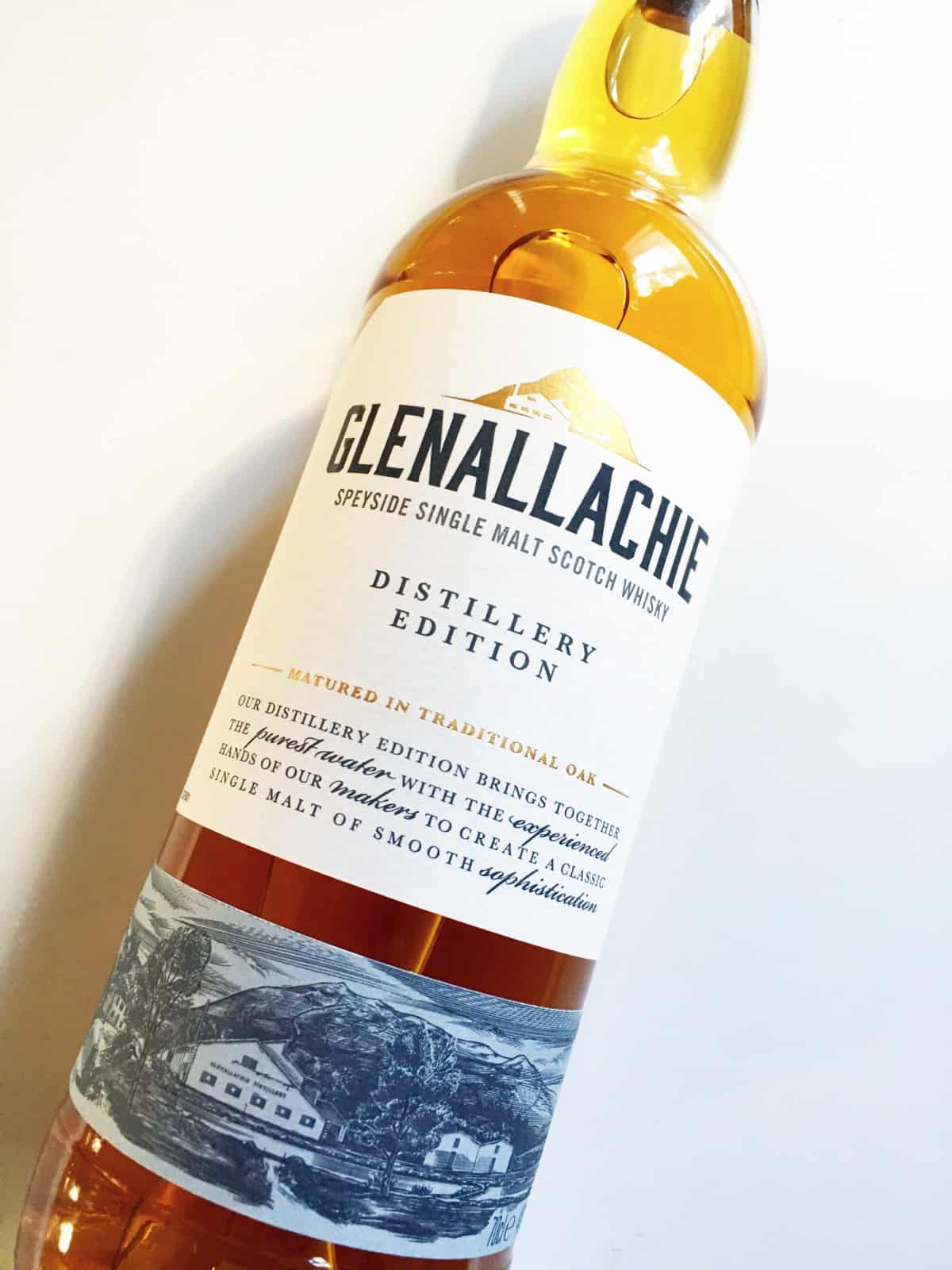 £20. This whisky cost me £20. Can you remember the last time a single malt whisky cost that much? I was walking by the spirits section in the British supermarket chain, Morrison’s, and although I almost never buy anything here, I’m often intrigued by prices. This whisky was reduced from £30 down to £20 (I think it cost that anyway – you know how supermarkets like to screw us) and I thought to myself: it’d be rude not to.

Of course, there’s another reason I picked this bottle up: because it still has the spelling Glenallachie. It isn’t GlenAllachie, or rather The GlenAllachie. Whenever Billy Walker takes over a distillery, his company tends to put their stamp on it with a silly middle-of-the-word  (I capitalisation. BenRiach. GlenDronach. (Part of the trio of distilleries that he sold for a ridiculous sum of money to US giant Brown-Forman in 2016.)

He recently formed The Glenallachie Consortium and acquired Glenallachie distillery from Chivas Brothers, where it had been little more than a blending machine, knocking out spirit for blends such as Queen Anne, Passport, and 100 pipers. Its spirit was not destined for single malt connoisseurs and nor was it remotely well thought of among whisky nuts.

What might we expect in the new era? I think premiumisation might be a bit of a… stretch, considering we know pretty much the calibre of the spirit, and that it has lived in dull casks and has been destined for low-brow blends by and large. Will we suddenly see limited editions, fancy new packaging, cask finishes and all sorts of aspiration to luxury? Then again GlenDronach used to supply spirit for Teacher’s blends back in the day, and now that’s one of the most revered single malts among the whisky community. It’d be harsh of me to judge things too early. Who knows what’s in the warehouses. (I’d put money on finishing though, given the wood wasn’t going to be top quality if it was used for blending.)

Which is why I wanted to just have a reference point once again. I have tried indie bottlings of Glenallachie, but to be honest I can’t really recall any of them. The only one I’ve reviewed on Malt was rubbish. The £20 bottle on the shelf was just too tempting. 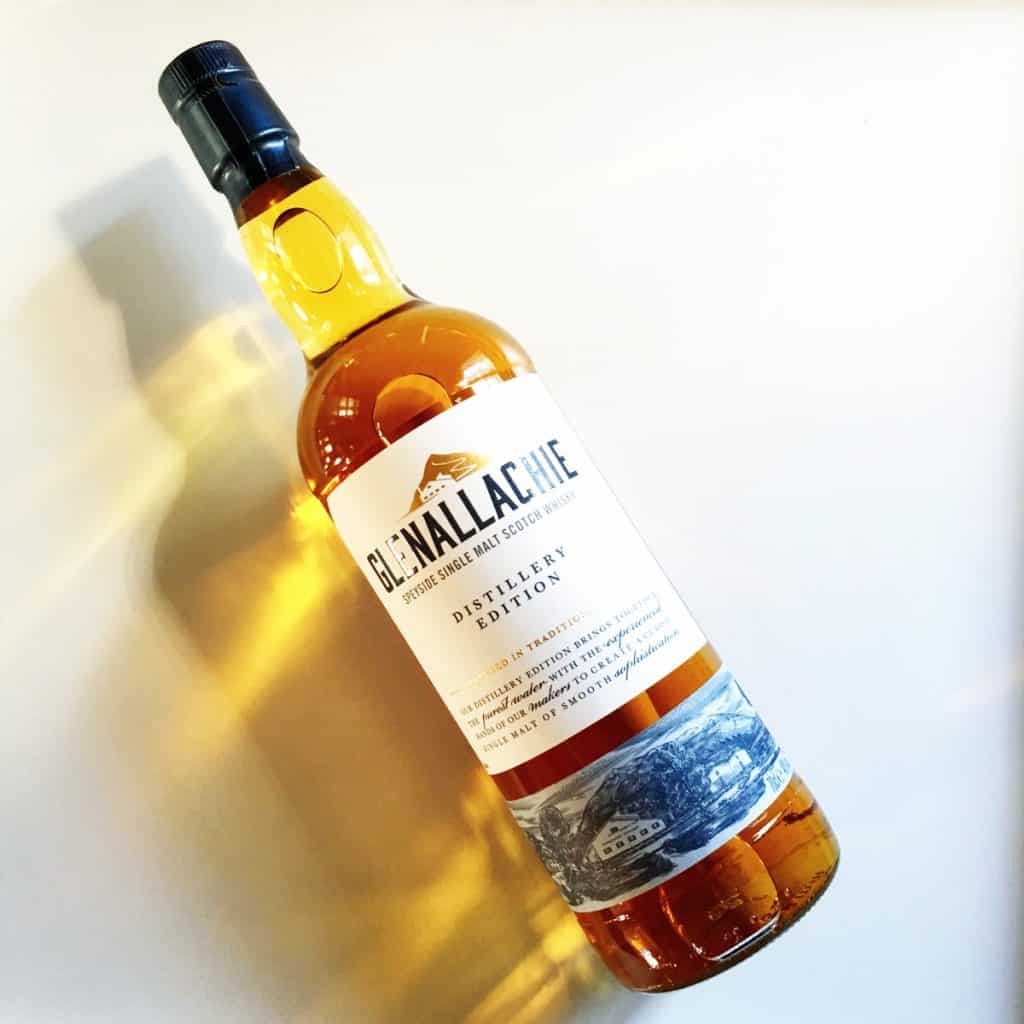 Colour: yellow gold. Possibly got a touch of E150 in it, but it’s leaning towards the pale so I’ll give it the benefit of the doubt.

On the nose: about a classic toffee vanilla nose as you can get. Orchard fruits, a little dried apricots and lime marmalade. Peaches, pear drops. It’s quite pleasant actually. Golden syrup. Custard cream biscuits. Buttermilk. Baked apples and a waft of cinnamon.

In the mouth: vanilla aplenty, and in fact, it echoes the noes quite closely. I’m guessing plenty of ex-bourbon casks were used. Quite a silky delivery, bringing tons of toffee fudge and heather honey. Sultanas. Coriander. Warming syrup and ginger towards the finish. Plenty of presence for the ABV, and not hugely complex, but it’s actually quite tasty.

Okay, this isn’t the sexiest thing I’ve ever put in my mouth, but for £20 I won’t complain. Yes, it’s better than some of the bland filth I’ve reviewed for Whisky Magazine this year, and indeed it’s quite a pleasant little thing in and of itself – pretty much a classic example of some solid Speyside whisky, albeit one with a heavy American Oak influence. Let’s not forget that cost though: £20!

What we have here, then, is a benchmark. When Billy Walker and co start releasing the first GlenAllachie (with the silly capital in the middle) then we’ll already know just what £20 can deliver. If we’re seeing ridiculous price changes and not much of an increase in the quality, then we’ll have some questions to ask…

A relatively good score, as we do use a value-based system here.