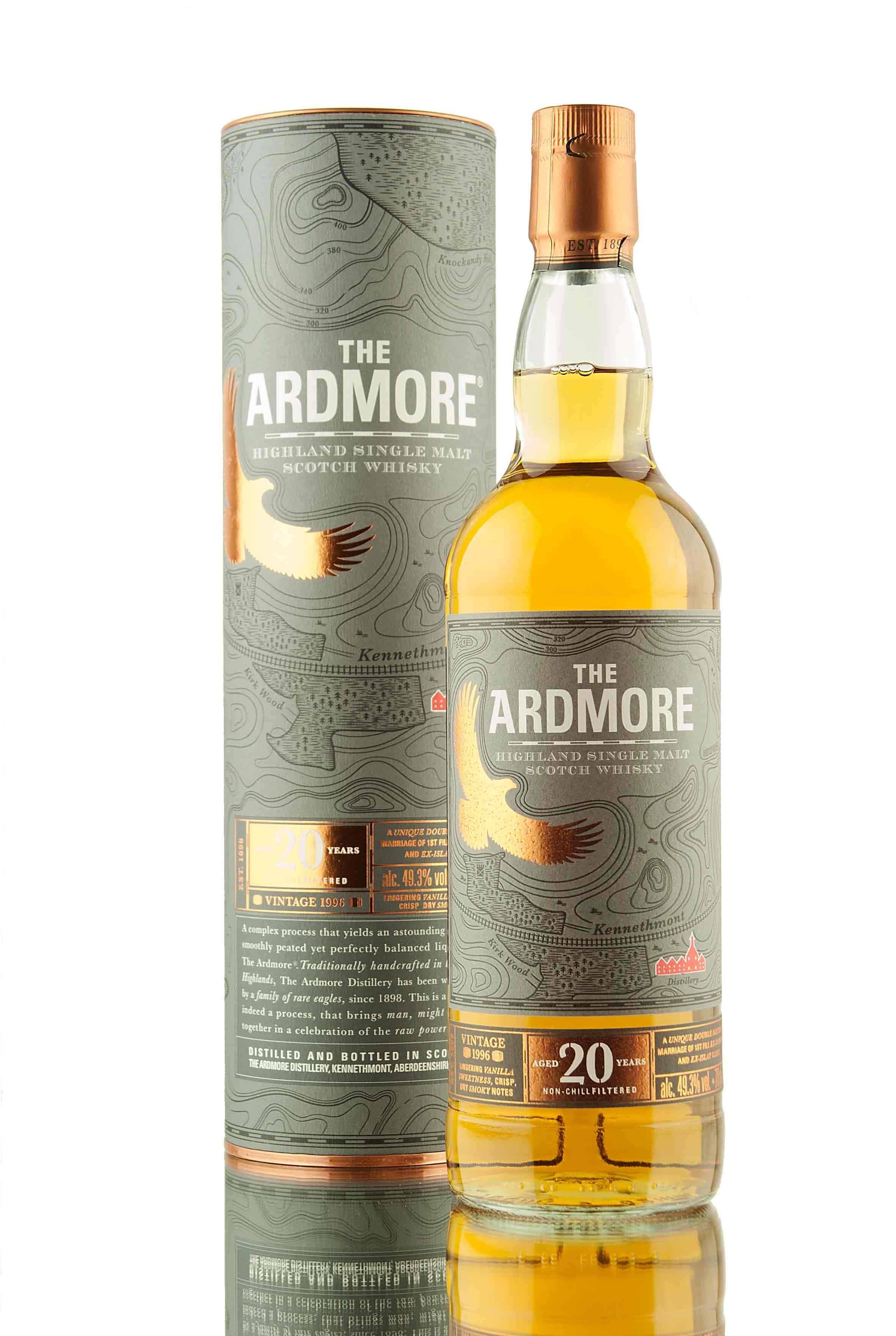 Remember how great whisky prices used to be? I do … but only dimly. And I didn’t get much chance to take advantage of them whilst they were there.

A bottle of single malt was the first alcohol I legally bought. Glenfiddich 18, since you’re asking. Birthday money was causing hitherto-unexperienced hole-burning sensations in my newly adult pocket, and I fancied something fancy. Whisky shops being non-existent in my neck of the woods, I made my way to Tesco Extra (so fancy) and bought the oldest, most expensive whisky they had. Glenfiddich 18, like I say.

“Can I see some ID please?”

“Yes you can.” (What a glorious moment that first assured “yes you can” is.)

Different times, of course. 2008 was deep in the “death” territory of long-aged whisky at properly affordable prices. As a standard-issue student I couldn’t stretch to many more subsequent bottles – University fiscal policy leant more in the direction of £2.75 SU shop vino. (I tell you what, that’s a taste that lingers).

3 years or so later, when quantity slowly began shifting towards quality, the opportunity to bag truly well-priced old proprietary bottlings was gone.

That’s supply and demand of course, or so says the obvious wisdom. I moan about whiskynomics as much as anyone – though in my defence I also spent a couple of years exclusively doing reviews of whiskies that had stayed in the ‘reasonably priced’ territory. The point of all this pre-amble is that the state of the whisky world is such that when I saw the price of the new Ardmore 20 year old on Master of Malt, I genuinely thought it was a mistake.

My non-whisky-drinking friends would still let out a long whistle at that – it’s a bottle of boozy liquid after all – but I almost couldn’t believe my eyes. A proprietary bottling so much cheaper than any other even close to that age, and at a decent strength too – 49.3%.

No press release about it had come anywhere near my inbox. Nor Mark’s – and he has a far busier digital postman than I do. No information whatsoever, in fact, except that here was a 20 year old Ardmore aged in first fill ex-bourbon and refill ex-Islay casks.

That was enough for me. I bought it on the spot and sent the link to everyone I could think of.

A couple of days later the bottle arrived, all £55 of it. (Incidentally, I’ve since seen it elsewhere at £90, and on the Whisky Exchange it was about £66. God knows what Beam Suntory actually meant it to cost.)

So how much of a 20 year old does £55 buy you? As an Ardmore fan – though one who has always though their proprietaries to be pretty wishy-washy affairs beside the bottlings the likes of Gordon & MacPhail produce – I was keen to find out. 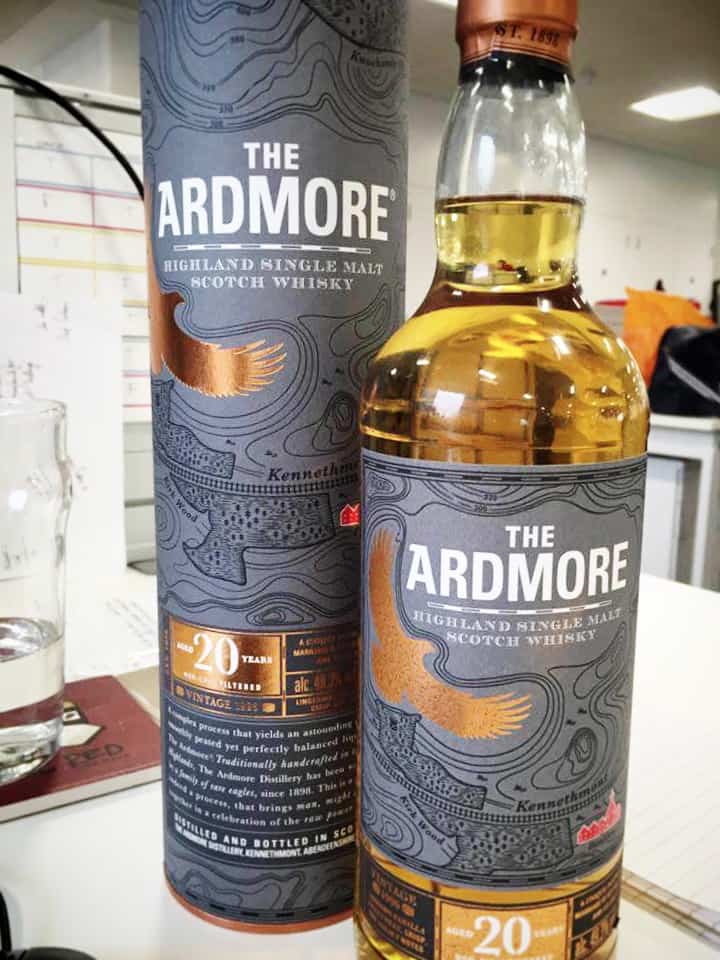 Colour: Lord of the Rings letters.
On the nose: There’s a curious hybrid. Classic Ardmore barbecue and woodsmoke, with the ripe, stewed apples and peaches of maturity jostling against a most un-Ardmore-esque salinity and (dare I say it) touch of medicinal TCP too. Actually, the medicinal aspects are fairly swiftly overcome, and char re-emerges beside more tropical fruit. Mango and melon. Smoked barley and sweet pastry are the constants on the side. Pleasing intensity of aromas; alcohol is neatly kept to heel.
In the mouth: That is a delightfully plump, viscous, near-waxy mouthfeel. A reminder that this comes from the good old days of direct-fired Ardmore stills. The fruit emerges first and stays strong; pears and honeydew melon, then riper apricots and peach crumble. The smoke – both dimensions of it – slithers in and out; coalfire, then campfire, before the saltiness and maltiness return on the finish.

Finally a proprietary Ardmore as good as the (good) stuff the indies put out. Worth every penny of £55.

It isn’t perfect. The use of Islay casks seemed weird to me when I read about it, and I’d be interested to see what might have been without them. The highlights are when fruit and BBQ are centre stage. At times the Islay-style element of the peatiness seems to clash with the whole.

But this is a minor quibble with what is a very good – if not quite astonishing – whisky. Tempted to zonk it up an extra mark based on price, but in my book, there’s something slightly sacred about the 8-10 zone, so today I’m being slightly mean.

One final thought, before I sign off, which is Mark’s reaction when I mentioned this whisky.

“Good effort. That is cheap.”

A few seconds later, as an afterthought.

Hear hear. Great prices for great whiskies can still be done. The Ardmore 20 proves that there really are no excuses.

Note: image via Abbey Whisky.
Any commission links help with our hosting costs and do not influence our reviews.