Now it wasn’t too long ago that I was saying you should probably try something from Langatun, the fine Swiss distillery that makes some genuinely interesting whiskies.

I‘m now telling you to try this from Langatun, which is a genuinely delicious whisky. In fact, what makes this particularly outrageous is the fact that it tastes like something that is much, much older – and something that you could quite easily fool a Glenfarclas or GlenDronach fan as being something produced by one of those distilleries, a rogue sherry monster single cask.

Which makes me wonder, just what on earth is the “house style” of Langatun? You find some distilleries spend a fortune trying to live for consistency, some identifiable trait at the bare minimum, but Langatun has a chameleon-like character, something that changes and adapts massively to the casks that its spirit goes into. There’s a detectable bass-note in the spirit, but other than that each whisky is a new whacky adventure.

I suppose this is largely down to the fact that a small, nimble operation can pretty much just do what it likes. No shareholders to please. No stories to fabricate to sell something – whisky becoming little more than perfume advertising. And the fact that the distillery chooses very good casks that give a very active maturation. It’s something lacking in many older Scotch whisky releases, which have gone into well-used casks when the industry didn’t care too much about quality.

Anyway, enough preamble – which is just as well, as I’ve said many things about Langatun in the past. This is a fantastic whisky, so we’ll crack on with the review. Initially matured in a chardonnay cask, this whisky has been finished for just 10 weeks in a first-fill Oloroso Sherry Cask. Distilled in December 2011, it was bottled in August 2017 at 49.12%. Expect to pay around £80 for it.

On the nose: about as sherry-tastic as whiskies can get. Huge sticky figs and dates; hints of elderberry, port even. Damson chutney and balsamic vinegar. Wonderfully sweet: muscovado sugar, with coffee, dark chocolate, vanilla, raspberry jam. Werther’s Originals on the lighter tones.

In the mouth: again, massive amounts of flavour, thick and cloying notes that echo the nose perfectly. The same rich, very dark fruits, yet it retains finesse and balance. Nutty: walnuts, with damsons again coming through. Lovely oily quality to the spirit – not so much dry, but lovely and viscous. There’s nice balance too: it’s not all sweetness. Herbal notes, a little black tea, and some ginger, coriander-like warmth (but not aggressively so). A little nutmeg towards the finish.

You could honestly put this in front of a GlenDronach fan (me) and they’d think it was one of their single casks that were at least 12 years old. Seriously. And this comes from a whisky that’s under 6 years old – and has spent not even 3 months in the sherry cask.

It is, quite frankly, astonishing stuff. Langatun spirit is so well made that it brings a thick, cloying density – the kind you get with the big fat stills and a decade or more at GlenDronach or Glenfarclas even. Like your sherry bombs? This is the whisky for you. Honestly.

Why have you still not tried something from this distillery? 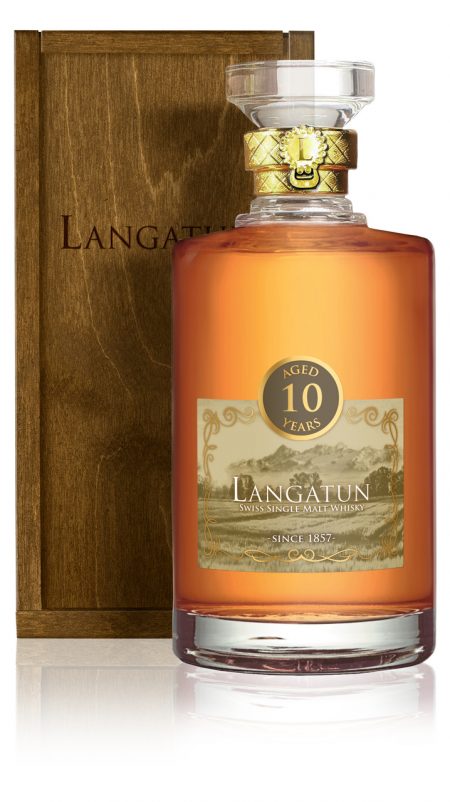