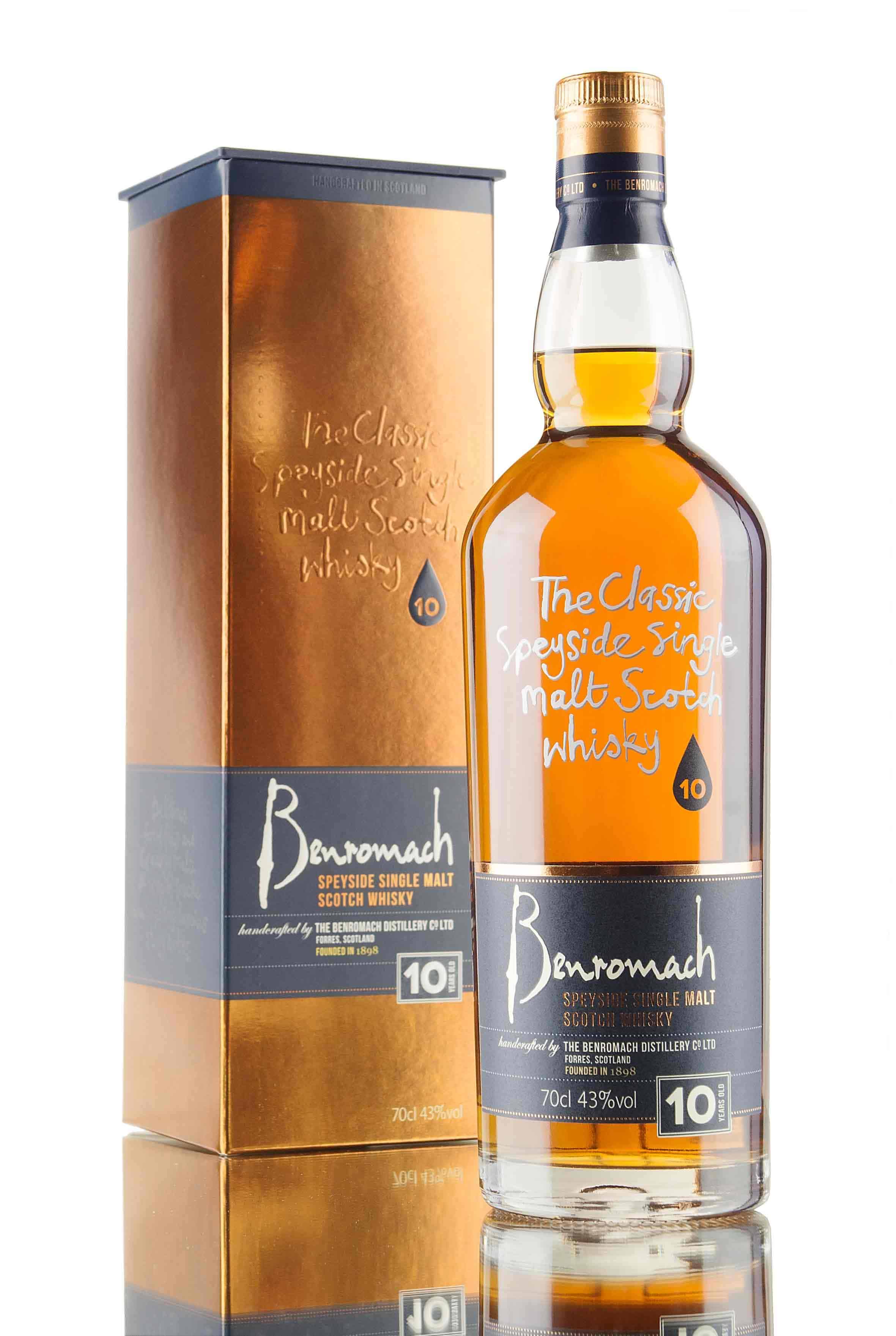 A lot of rather rare and expensive stuff gets reviewed here on Malt. Which is all very well, and bully for us, but it’s perhaps more important to keep an eye on the stuff that offers real bang-for-the-buck to those (like me) who aren’t really the £100+-a-bottle market.

Especially since affordable scotch is a rather more mixed bag these days than it used to be. Pressure on aged stocks, yield prioritised, tired casks, focus on the premium releases etc. Don’t get me wrong, there’s still great stuff out there. But you can’t just pick up a bottle at random and anticipate brilliance. Especially under £40.

Enter Benromach 10, which I grabbed in December, whilst in search of a New Year’s Eve bottle that wouldn’t bore me to sleep before midnight. Owned by the excellent independent bottler Gordon & MacPhail, Benromach is a small distillery in Forres which purports to make Speyside whisky ‘the old fashioned way’.

You can read about what that means in reasonably commendable detail on their website, but the long and short of it is a hands-on, computer-free approach with slow(ish) fermentation and distillation, first-fill-only policy on casks, and a lick of peat to keep things old-school.

What’s nice to read is their embracing of inconsistency. Not every batch or bottle will taste the same. And that’s fine. Good, in fact. Obviously, they’ll always be recognisably Benromach, but the little differences and incongruities that make matured whisky the product that it is deserve to be celebrated, not polished over.

In any case, you won’t generally find Benromach on supermarket shelves, except possibly in Elgin, but a bottle of this entry-level 10 year old at 43% abv set me back £40 in my local shop. (It’s generally c.£35 if you go online).

Peated to 12-14ppm, so a little less than Highland Park, then matured in 80% ex-bourbon and 20% ex-sherry and married for the tenth year in sherry casks. 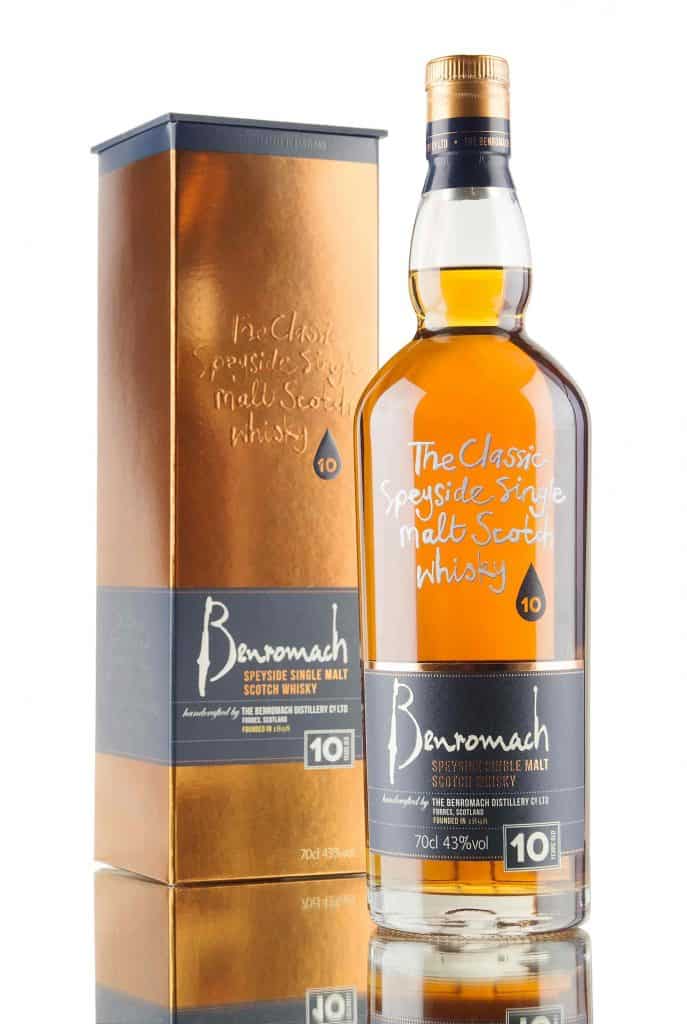 On the nose: I can only describe this as smelling like a walk around a distillery. If you’ve done so, you’ll know the aromas I mean. It’s savoury and malty, with just a touch of spent bonfire in the background. A good whack of vanilla, though it doesn’t overwhelm. Sherry fruit, but not in a dark, cloying way; peaches and ripe apples rather than raisin and walnut. The lightest sultana and milk chocolate.

In the mouth: Plump, considering the proof. Sweeter than the nose; clear honey, brown sugars, vanilla. Then that wisp of struck match smoke beside bruised apple fruit. Very easy drinking; possibly too much so – just a tad dilute. The smoke and sherry fruit ease in an element of complexity. Lots of malty barley, but this is rounded and developed stuff, certainly not immature. Finish takes a surprisingly tropical turn; bags of juicy apricot and peach all of a sudden. The smoke endures to the death.

In the scale of entry-level scotch malt, this sits pretty highly. I’d bracket this with the likes of Kilkerran 12 and Springbank 10; perhaps just a breath or two behind.

It does feel like it’s coasting a little – just a smidgen down on intensity and focus if I’m being really critical. (Which we usually are on Malt, being miserable sorts.) But that’s a minor quibble with a pour that is comfortably on the more fun end of what £40 or less can buy you.

One to keep handy on your shelf then, I reckon, and a must-try if you’re new to whisky and after a step up from the supermarket standard-issues. Price reflected in the score; as usual, see our scoring bands for translation.