Longrow is the heavily peated spirit produced at Springbank distillery. Today this type of spirit has been revived in Campbeltown and accounts for around 10% of the annual production. Originally produced in the early 1970’s these bottlings have passed into legend.

Given Springbank only has a capacity of 750,000 litres this means there is very little of the Longrow spirit to go around. This partially explains why nowadays you don’t see any casks of Longrow making their way to independent bottlers other than Cadenheads – who is also owned by the J&A Mitchell – the owners of Springbank. After those infamous 1970’s Longrow’s things went rather quiet until the 1980’s when work started again on the heavily peated and double distilled variant. It’s a different beast nowadays but still capable of producing glorious whiskies as seen with the Longrow Red 13 year old released last year.

When this Longrow from the 1980’s was recommended to me by Phil at the Dornoch Whisky Castle Bar it seemed a safe bet. Most of the Longrows I’ve had the fortune to experience have come from the 1990’s and beyond. The 1980’s is fairly unknown territory and especially an independent release. A 10 year old Longrow was released in 1985 but hard times had befallen the distillery and Springbank was closed for most of the 1980’s. Sporadic production commenced in 1987 which is where this trio of casks comes into play. Signatory have always been one of the most reliable independent bottlers and a vital resource for the weird and wonderful. Some of the rarest casks such as Glenisla have only come to market thanks to Signatory. Potentially in the need of an immediate cash flow these casks and others were sold to Signatory whereas today Springbank is on a firmer footing financially.

The single cask format can surprise and delight, but there is something to be said for the vatting of casks. These can provide a more reliable and authentic snapshot of the distillery character. A single cask may capture an oddity, high point or even a blemish. The vatting format tends to iron out the flaws and give you a more reliable and focused presentation. If you don’t like those bumps and the rollercoaster mystery of a single cask then perhaps you’ll find vatting to be more to your liking.

Without further ado lets sit down with this Longrow and see if the 1980’s distillate captured the essence of what made those 1970’s releases so fantastic. The original aim was to produce a style of spirit that would have been more commonplace in Campbeltown during its heyday as the whisky capital of the world. Those days are long gone now but the remaining distilleries in Springbank, Glen Scotia and Glenglye (Kilkerran) are doing a tremendous job in keeping the flame burning. I’ve always thought it odd that given the distillery boom we’re seeing in recent years that no one has seriously thought about the opportunities a new venture in Campbeltown could offer?

All of this Longrow chatter has reminded me I have a stockpile of Campbeltown cage goodies thanks to the efforts Ben’s Whisky. Let’s pluck one out at random to review – Longrow duty-free sample, 9 years old, refill port butt, 58.8% – this should be fun and a twist on the more staple whiskies we see from this distillery.

On the nose: a gorgeous phenolic peat rises up. Not forceful like so many today from Islay but a multi-layered and instrumental force. Sea shells giving a coastal influence alongside pine cones, honey, salted caramel, fudge and a touch of lemongrass. Fruits wonderfully balanced with apples, pears, pineapple and a resinous feeling.

In the mouth: very gentle on the palate with the peat taking a backwards step. Coming through instead are elements of smoked fruits, apricots, syrup and pine nuts. There’s more smoke than salt and a gentle leisurely heather, milk chocolate and honeyed ginger.

Distilled on 13th November 2007 and matured in a refill port butt in warehouse 3 for 9 years. Bottled at 58.8% and from the Campbeltown cage.

On the nose: not as youthful and ferocious as I feared. A coastal saltiness, a brine aspect with a decaying vegetative quality and spent fireworks. Underneath this exterior you can sense the red influence of the port cask with cranberries and baked rhubarb. Followed by golden syrup, chocolate caramel and honey.

In the mouth: a real sugary sweetness with more of the syrup qualities and plenty of honey once again. Plenty of smoke especially towards the finish and a lasting sense of dark chocolate.

The Signatory is very enjoyable nose and the whisky itself is far too easy to drink. However the 43% strength we associate with this value Signatory range is a limitation. The true power on the palate has somewhat been lost. Still, I wouldn’t say no to another. The Cage port bottling was an enjoyable detour albeit slightly limited, its perfectly drinkable for fans of the Longrow style. 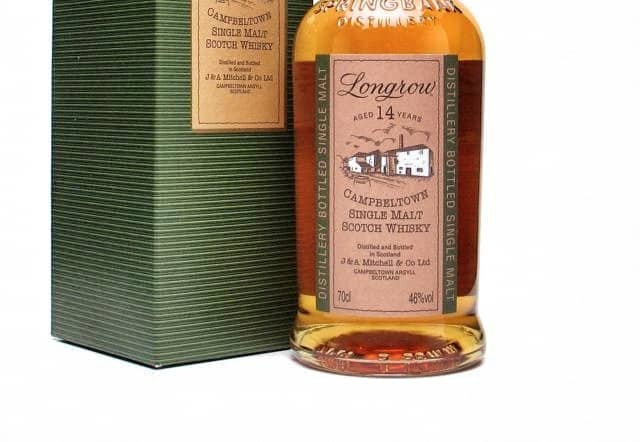