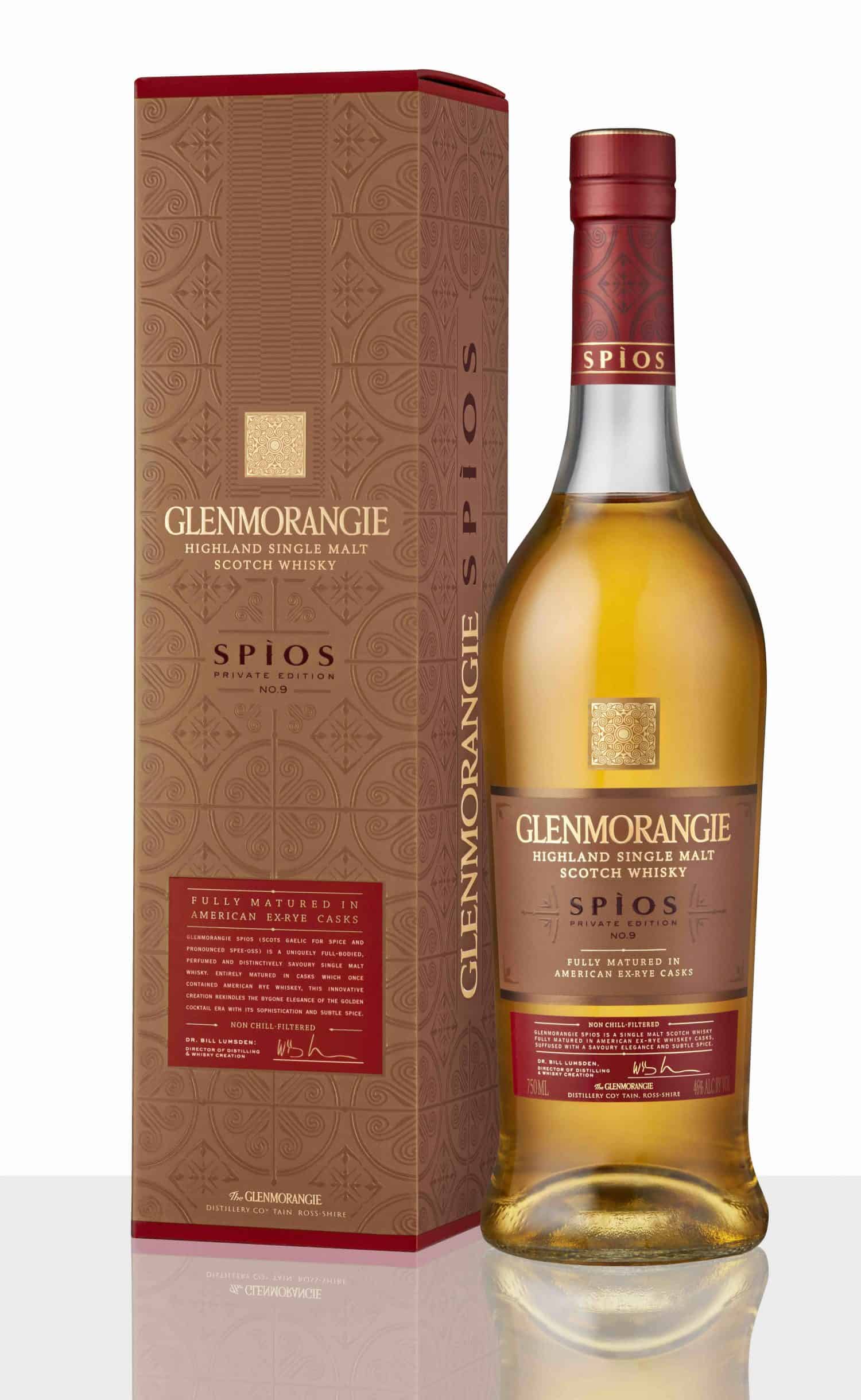 We have probably said all there is to say about a whisky’s maturation. Fancy finishes. This and that wood type. There’s nothing left to say – other than it’s a nice distraction from talking about what goes into the wood.

Now imagine a Scotch whisky matured in American Oak! Yes… that’s actually most of it. Seems funny to be making a song and dance about it all, but I suppose most of it is ex-Bourbon casks. There’s far less fully ex-rye-matured Scotch about.

Anyway, Glenmorangie Spìos – literally Gaelic for spice – has been matured completely in rye casks. It’s blending to a brief, providing a not-too-challenging marketing hook for relative newcomers to understand (wood, rye, spice – Spìos – this is spicy!), which seems to have epitomised Glenmorangie’s Private Edition releases. It must keep working because we’re now on the 116th release in the series. And for some reason, I find myself still interested in the Private Editions – so they must be doing something right.

I didn’t much enjoy the Milsean, and I did like the Bacalta. But in fact, that’s pretty much my feelings with Glenmorangie as a whole – I like some a lot, I don’t like some, but to its credit, it is one of the big global sellers that hasn’t resorted to putting out ditch water like Highland Park or Laphroaig. Highland Park’s business model seems to be plying Instagrammers with Viking-inspired freebies to do their advertising for them, and the Instagrammers – bless them, that good-looking bunch – have no intention of offering the slightest bit of critical analysis as to why many of those Highland Park whiskies of late have been, in my humble, a bit on the shit side, and that they’re doing the world of whisky no favours by posing with those bottles and acting a vacant advertising channel.

So, despite the team at Malt being in a race to the bottom of the grumpy league, I’ve decided I actually quite like what Glenmorangie do, in the sense that they’re still focusing on encouraging new whisky drinkers to think in terms of flavour and are not peddling too much crap compared to most, and they’re doing this on a very large scale across the world. (This qualifies as a compliment in Malt terms.)

By a stroke of coincidence – or is that misfortune? – Jason received a package from the re-launched W Club on the eve of this review going live, containing a sample of the Glenmorangie Spìos. So we’re now able to bring you a doubleheader of epic proportions.

In the mouth: again, echoing the nose with almost extreme citrus notes. Lime this time perhaps (Rose’s Lime Marmalade). The barley comes through with melons, peaches, apricots and buttermilk. Grapefruit acidity, rather than spice, with toffee fudge, nutty, quite intense vanilla again, and some actually rather lovely silkiness to the texture. A very oily spirit.

On the nose: a touch of marzipan initially but its more a rich buttery shortcrust pastry. It’s a light presentation, vapid and fleeting almost. Not the spice-rich bouquet of the rye’s we enjoy however this isn’t a rye per se. Plenty of vanilla, followed by vanilla and then – yes you’ve guessed it – more vanilla. There’s a twist of lime in here, pine nuts, apples, a sprinkling of passion fruit vitality, cinnamon bark and a light honey.

In the mouth: it feels oily and more of a hybrid than a Glenmorangie. There’s a slight scattering from a spice rack but mainly from an assortment that is well beyond their sell-by date. Some green peppercorn, all-spice and withered vanilla pod. It tastes fresh and somewhat shallow. Sunflower oil and white chocolate are underpinned cereal oats and banana chips on the finish.

A bit of a mismatch with the brief, if you ask me. Nothing particularly spicy about this – although I suppose it avoids tannic warmth and spice, and that acidic note I suppose does bring some zing to it. So I’ll give it the benefit of the doubt. Still, it’s a pleasant dram indeed, but not complex enough, not flavoursome enough to excite me into buying a whole bottle.

A shade too pricey for what you get, too, maybe by £15, but I seem to say that a lot these days and I just need to get over the fact that whisky is an expensive business.

But 5/10 here on Malt is a solid score (don’t forget, we use all of the scale). This is an okay whisky (as opposed to an oaky one).

On the nose there’s just enough life and interest to prevent this being doomed to a life in tumblers although it does come across as being very youthful. However, it’s not evocative of a rye and on more traditional ground of American oak merged with a Scottish spirit. The brief is to be different and deliver a concept worthy of standing on its own 2 feet. It’s just a little dull and like the Glenfiddich Experimental series it feels a tad disappointing and botched i.e. far too safe. Overall, a difficult one to recommend unless you’re already financially invested in this ongoing series from Glenmorangie. Oh, and it’s overpriced. 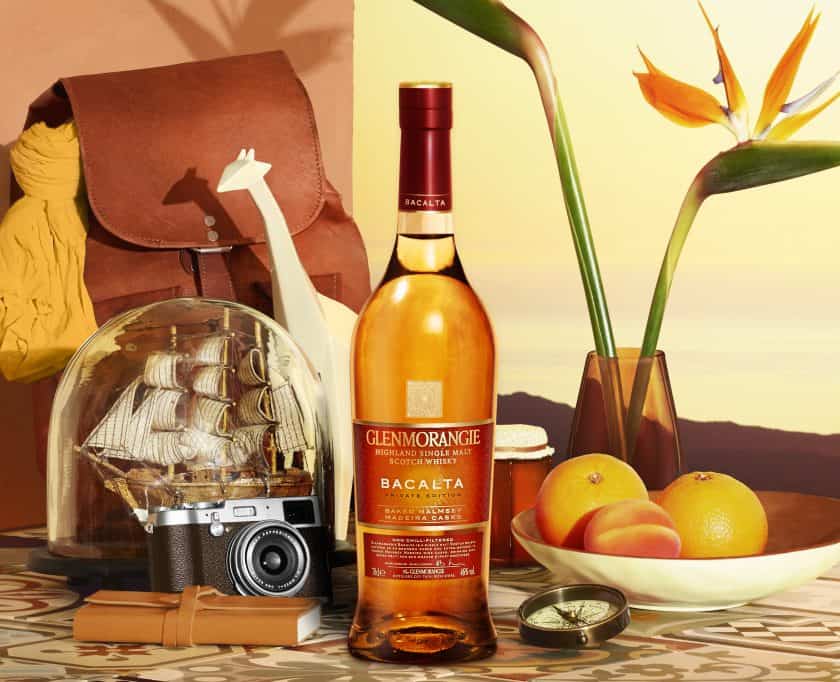 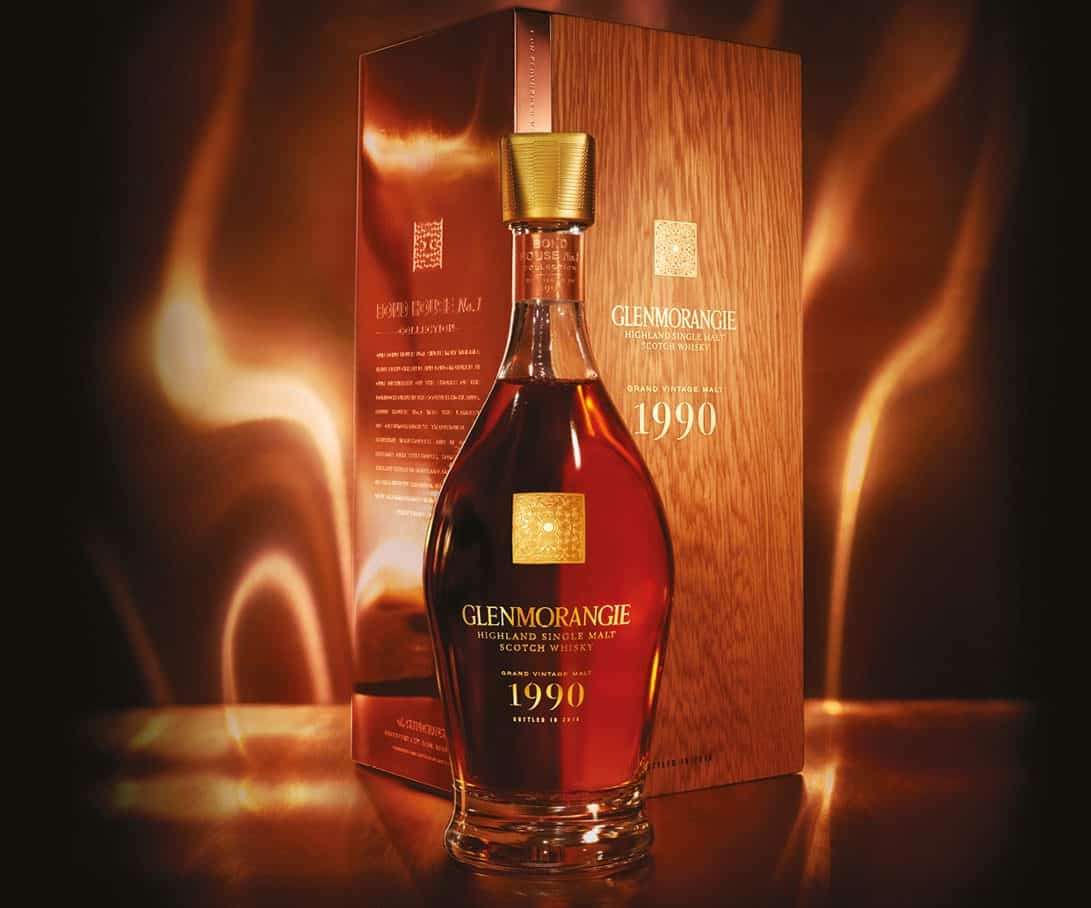