Wales, for those of you who haven’t visited, is much like Scotland in many regards, except that Welsh castles are better, and the Welsh are generally better at rugby. (Rugby, for our American readers, is similar to American Football, except that it’s different and better in every respect.)

But yes, lots of similarities. Both are prettier than England, and in both countries the pretty bits are in the North, where no-one lives. They both have their own languages on road signs, and very few people who can actually translate them. Neither of them play cricket, which is very sensible of them, and both of them think that the English are largely bastards. That’s pretty sensible too.

Oh, and they both make whisky. Though in Wales it’s called wysgi, and they only have two distilleries. And since Dà Mhìle pop out about a barrel’s worth of wysgi a year, the only Welsh wysgi you’ve probably heard of is Penderyn.

Penderyn’s been happily firing out aqua vitae since the start of the millennium. They beat the English Whisky Co to the punch, as it happens, meaning England was the last country in the UK to jump on the bandwagon. (We’ve made up for it since through some aggressive over-marketing, as is our wont.)

These days Penderyn – or at least their flagship Madeira finish – can be found relatively easily in UK supermarkets. They changed their branding recently to make it edgier and uglier, but the whisky (I can no longer be bothered with wysgi) has remained, to the best of my knowledge, as it was.

Anyhow, the Penderyn du jour is their Portwood, which was matured in ex-bourbon casks and then finished in – gadzooks! – ex-Port. Bottled at 46% ABV and yours for about £55.

On the nose: Delicate, though the aromas express themselves nicely. Cherries and strawberries. Strawberry compote, in fact, and Victoria sponge. Plum skins and red grapes. Candied orange peel. A little clear honey and flapjack. It’s very light, but decently nuanced.

Nice nose, but it’s a little bit light overall. A little bit too subtle really. Certainly if you’re going to charge upwards of fifty notes. I personally prefer their Madeira Finish, which I can get from Sainsbury’s for £30. And I definitely prefer their Rich Oak, even at £70 a bottle.

I’m still very excited to taste the stuff from their pot stills, mind you. 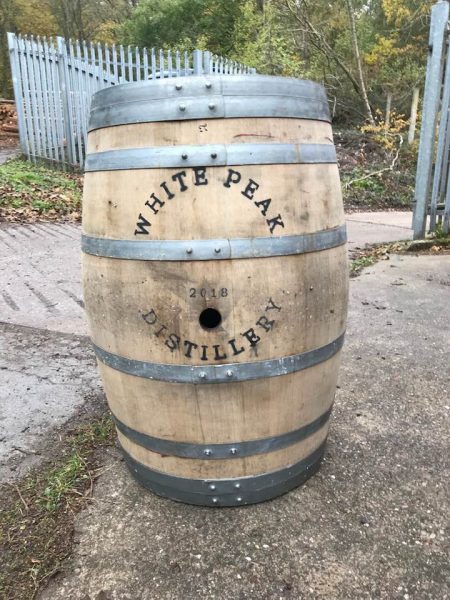