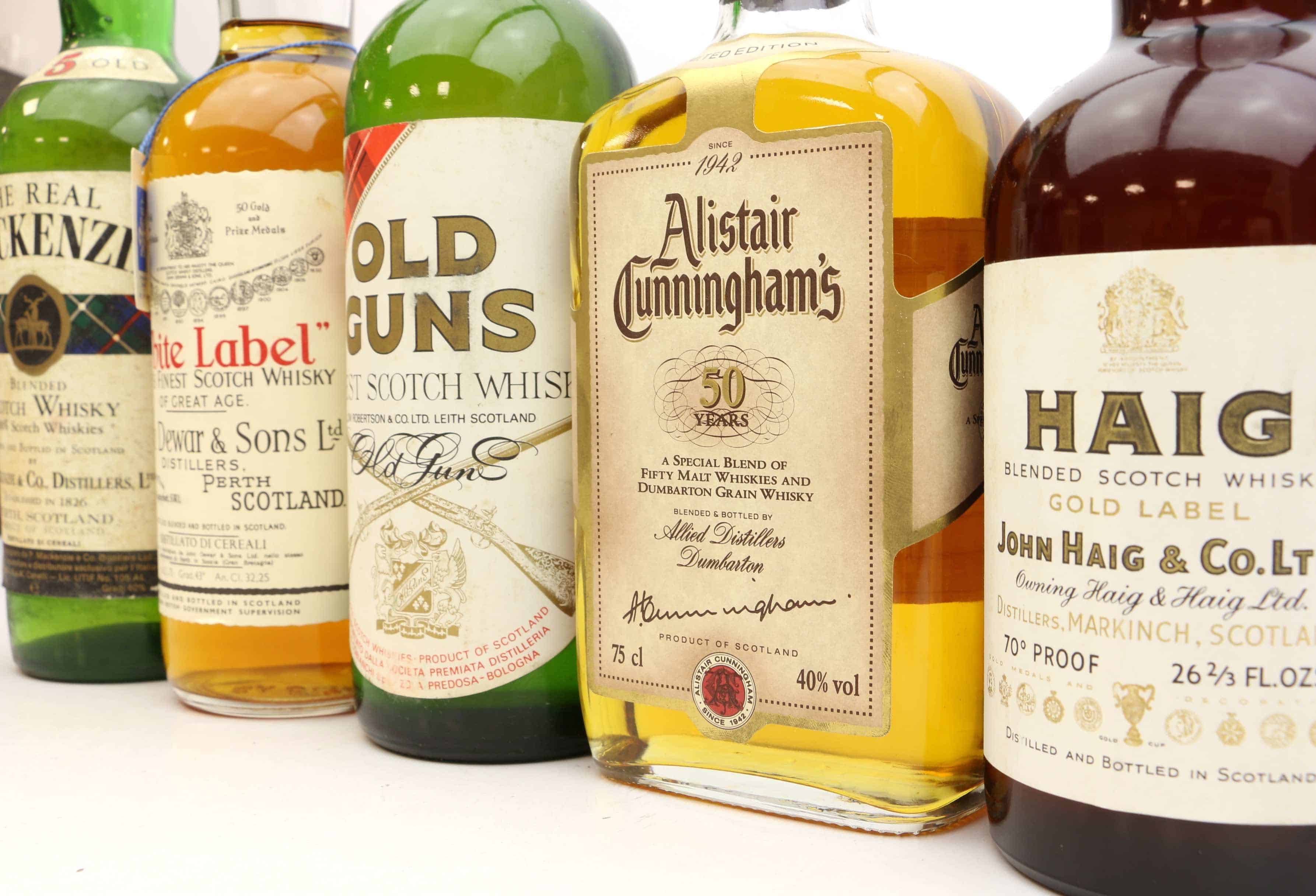 I had an absolutely delicious whisky over Christmas. Rounded and plump on the palate; loaded and layered with deep, complex flavour. Aromas billowed from the decanter as soon as the stopper came out; a glorious harmony of grain and oak and time. Sure, it wasn’t super-high ABV, but that didn’t matter – the intensity of flavour was enough. It was one of those whiskies with which you simply settle into an armchair and think oh yes. This’ll do. This is what I’m after. What’s that? You want to know what it was? Well, it was Johnnie Walker Red Label.

That’s right. Jonathan Rouge. The awkward, lumpen, estery, immature, caramel-choked, toothless cousin of Johnnie Walker Black. The one that, once tasted, you remember with a shudder, and which causes involuntary twitches as you spool through the aisles at supermarkets. The just-plain-rotten one, in short, rightfully skewered here, and in so many other places where people who give a damn about what whisky actually tastes like gather. (Ok, it’s also the most popular whisky on the planet. But that’s like saying Gregg’s sausage rolls are the nation’s favourite. They aren’t; they taste like chewing a bus’s back seat. But they’re cheap as all hell, and the damn things are everywhere. I had one last week. And what?)

Anyhow here I sit, Malt writer (junior division), effusive in Johnnie Red’s praise and telling you in no uncertain terms of how I cheerfully basked in the light of its countenance throughout my festive lazy time.

More than that I can’t tell you. Wellsy senior had originally rescued the bottle from an interminable clearout of my grandmother’s house. Contents undisturbed, he decided he’d crack it open, as is proper, at which point the cork exploded. (His word choice. We’re all dramatic sorts, we Wells folk). Screwcaps having been alien to all things Walker pre-1970-ish, we deduce that this whisky was bottled beforehand.

Unfortunately, before his offspring returned home squawking for back-in-the-day barley juice, my father had decanted it and responsibly recycled the bottle sans photograph. (You can tell he isn’t on instagram). So the exact date of bottling will remain forever shrouded in mystery. Hey ho. I exacted my revenge by drinking the greater part of it myself. That’ll learn ‘im.

Fast forward to a week ago, and my phone goes buzz with a recommendation request from another Wells – this time a cousin. “Johnnie Walker: Gold or Black?” He was at a bar and had decided the time was ripe for his first ever JW. (I kid you not, first EVER. He’s 24 – has the man been living in a cave? Actually, he grew up in Rutland, so he basically has).

“Black” I replied. Correctly. (Your opinion may differ – we can argue the toss on twitter if you’re really that bothered).

Later, when I messaged to ask how he’d found it, he was rather muted in his approval. “I think I just don’t like blends” he said. Biting my digital tongue on the obvious lecture (how can you say you don’t like them when you’ve only ever tried the entry-levels? You hear people say the same thing about bourbon after having progressed no further than Beam White. Aaargh. Sorry – digression) I regaled him with my 60s Red experience.

“Why were blends so much better back then?” he asked. “Too complicated for whatsapp”, replies your smug, preening git of a correspondent. A reply with which I think he took some understandable umbrage.

But it’s true. It is too complicated for whatsapp. So here, Justin, by way of apology, is more of an explanation.

Not really a thing back in the 60s. Oh sure, Glenfiddich had got the ball rolling, and Italians were knocking back a Glen Grant or two, but next to today’s quantity, not really a thing. Men in hats weren’t writing quasi-religious lists about it. Overexcited hipsters weren’t drawing inexplicable tube-flavour-maps of it. Central Europeans weren’t making Speyside distillery pilgrimages wearing Islay distillery merchandise to largely criticise it. Different world. Besides a few indie bottlings knocked out by thin-on-the-ground torch-bearers, single malt just wasn’t about. And no single malt means no holding back of the good stuff when the blending companies come yodelling for stock. Simples.

If you’ve read anything on this site you’ll have heard one of us grousing (appropriately) about the all-too-ubiquitous crusade for efficiency and yield ahead of everything else. In the late 1960s this crusade didn’t really exist, because that need to thrash out maximum capacity didn’t exist either. Because the market for scotch wasn’t everyone in the entire world and their mums.

That meant worm tubs could be a thing – a commonplace thing. It meant direct firing of the stills – more variable, less consistent, but almost always resulting in more characterful flavour – could be a thing too. Stills could be smaller and weirder. Fermentations could be slower. Whisky could spend longer sitting in its barrels, and those barrels could be better quality, because there weren’t so many to buy. (And, since PDO laws didn’t prevent sherry being bottled outside Jerez back then, they could be fresher and – technical term alert – less manky when the whisky went in, without the need for a sulphur candle).

But the thing is, it isn’t just about the malts. And one of the key (yet often overlooked) reasons – I think – for blends slipping in quality as the decades trudged by, is the immense change in grain character that Scotch whisky has undergone. Back in the day most grain whisky was made with a maize base. Or corn, as I tend to call it. I like corn. It props up bourbon. It dominates Canadian whisky. It’s not, in and of itself, the most flavour-driving grain, but it’s luscious and plump and sweet and nice. And it is able to be all of those things from a conveniently young age.

These days, however, it’s only North British that still fly the maize flag. And what have the other distilleries switched to? Wheat. Spirity, acetone-y, spikey, aggressive, metallic, curmudgeonly wheat. The cantankerous prickly bastard grain. The Malt writer of the cereal world. The grain which only hits its (admittedly significant) heights after it has been imprisoned in cask for decades, where wood can give it a damn good hiding and teach it to behave itself. Ever munched on delicious popwheat at the cinema? Didn’t think so.

Reader, you will be shocked – shocked – to learn that those sub-£25 blends you see in Sainsco and Morrisda have not spent decades upon decades learning to be more interesting in casks. Their wheat component (probably well upwards of 70% of the liquid) is still a vicious, can-kicking little urchin, and it wants you and everyone else to know that. So, Justin, all those reasons you gave me for not liking blends – they’re not reasons for not liking blends. They’re reasons for not liking immature wheat. And you are perfectly correct not to. It’s hideous stuff. (Though, actually, Johnnie Black is 12 years old, and very decent. Justin – you’re probably just a fusspot).

Good grief – 1000 words done already. And I could go on. But I shan’t, because that’ll do for now, and in any case you might stop reading. The point is this: we can trot out the standard-issue “everyone’s palate is different yarda yarda” until we’re blue in the face. But entry-level blends were better back in the 1960s than they are now. End of. They just were. Because blends – obviously – are a sum of their parts. And the individual parts going into standard blends 50 years ago were light years ahead of the individual parts in your Red Label today. It is not, despite my choice of distance-descriptor, rocket science.

And now, for fun, a compare-and-contrast. Barely even worth scoring – you know the result anyway. But it proves a point. Don’t have any more 60s Red Label because I drank it all already and I don’t have any modern Red Label because I respect my own money. So instead you get a 1960s bottling of the Wine Society’s Special Highland Blend (thanks Andrew!) versus common or garden Grant’s. Both bottled at 40% ABV, though the 60s contender says 70 proof. Both cost not very much money at their time of release. (The 60s one would probably give your bank account a bruise or two now, mind you).

On the nose: A certain maltiness straight away. (And graininess I suppose). Pear drops, apple, and a wisp of ashy smoke. Some dilute honey too. Bit metallic, bit acetoney, bit boring.

In the mouth: The acetone and metallic tang hit your palate first before a slightly cloying sweetness comes crashing in. Wheat is in full-throated, immature song; not hidden by what little smoke there is. Bit of toffee too, but finishes to sawdust and cardboard. And this stuff is by no means even the worst of the modern bunch. 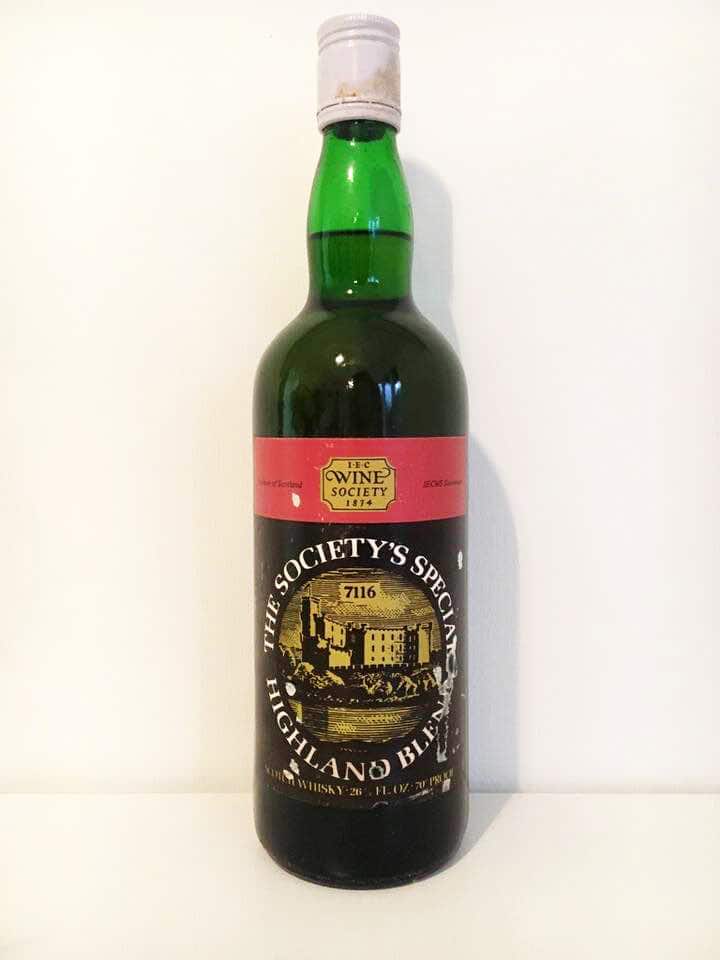 On the nose: Immediately that old-school coaldust aspect; robust, and wrapped up in some rather peachy fruit. Leather and sandalwood. Old books and orange zest. Not immense, but rounded and satisfyingly complete.

In the mouth: Bags of flavour delivery, despite the proof. No aggression whatsoever though. Smoke takes the lead, running into sawn wood and black pepper via more of that leather and coalfire. There’s a juiciness too; honey and stone fruit and apricot and stewed raisins. Nuances of milk chocolate. Depth, plumpness and autumnal warmth. Quite simply lovely to drink.

One vital thing to remember, before some identity-concealing keyboard warrior crawls out from under their social media bridge and starts yapping, is that the quality is not the result of people in the industry being less good at blending. The folk actually at the coalface, physically making this stuff, are very good indeed at what they do.

But in the same way that Pep Guardiola couldn’t win the FA cup with Tranmere Rovers, no amount of skill could take the ingredients at hand for cheap blends today and turn them into something as good as that Society bottling. Walker, for example, is dictated in the boardrooms of Diageo, not in any master blender’s lab. The world wants scotch. It wants it now. And in such circumstances, it’s the blends that take a quality hit first. (The cheap ones, anyway. I imagine this stuff’s alright).

Contrary to what my elders and supercilious-ers would have me believe, everything was not better in the good ol’ days. I understand the food was vile. Buildings were more asbestos-y. No amount of sitting in a cardboard box and pretending to be Yuri Gagarin is as good as Mariokart.

But when it comes to entry-level blended scotch whisky; the stuff that genuinely is affordable and accessible for all, the apple really has fallen some way from the tree.

Thanks to Andrew of Andrew’s Share for the Society’s Special Highland Blend sample. 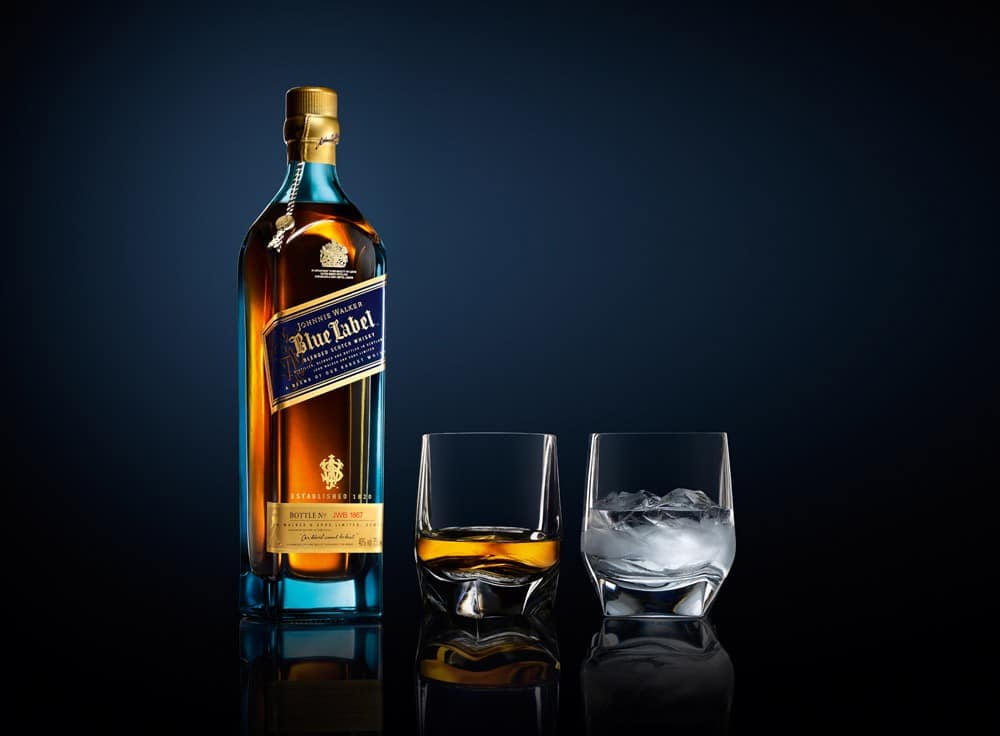