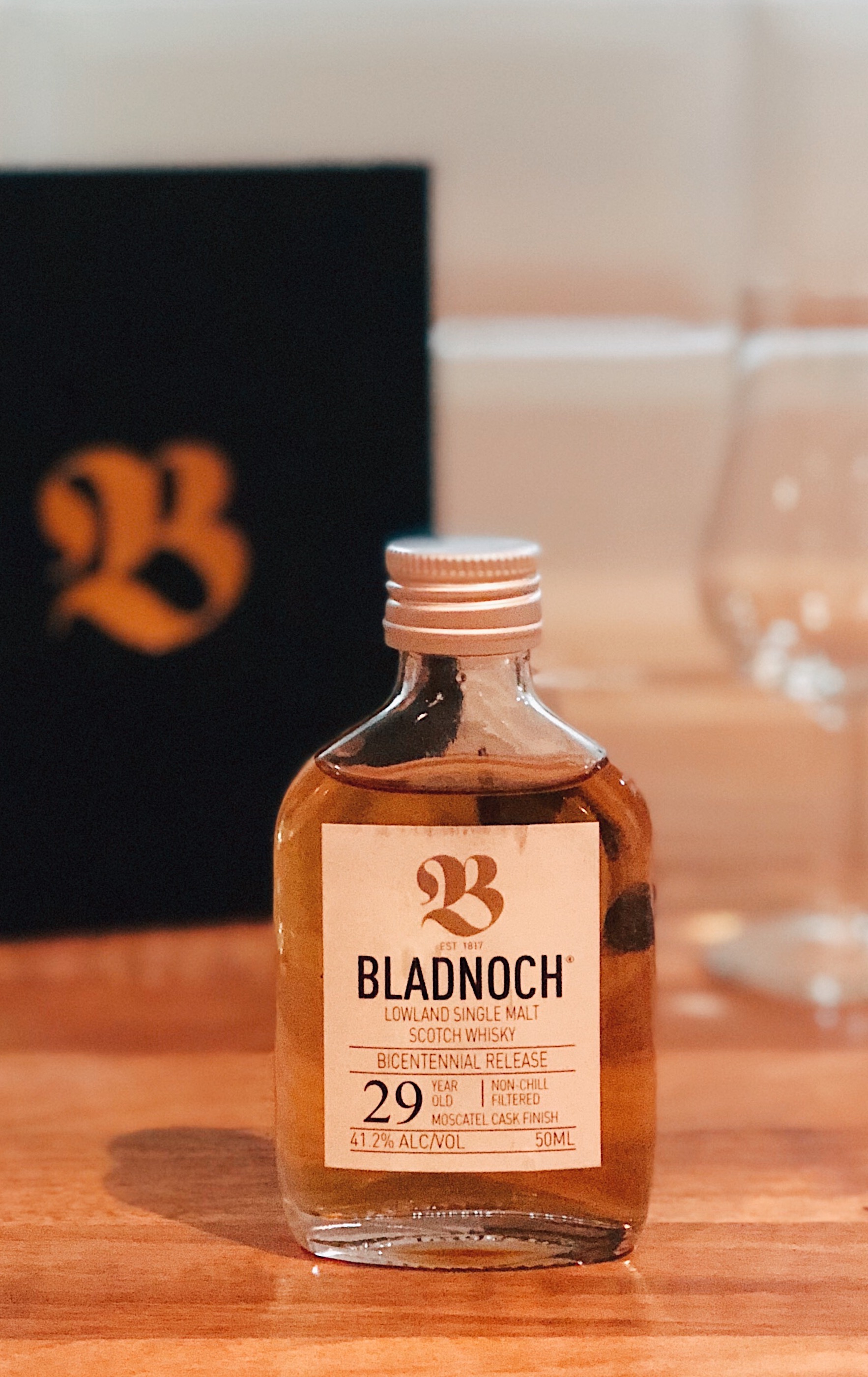 There’s no reason to be mean to a distillery on its 200th birthday. It’s a bit of a rum move on my part if I was to do that. Just isn’t the done thing. Yet I can’t help but wonder at the pricing of this particular birthday whisky. In fact, when I posted a photo of this on social media with the price tag, more than a few drinkers were left spluttering into their Glencairns. It’s the elephant in the dunnage warehouse, so we might as well get it out of the way.

This does make me wonder: who is the target customer when a whisky of only 29 years has a mighty £5,000 price tag? I don’t mean that in a sassy way, although we always mean everything in a sassy way on Malt, but rather out of genuine curiosity: if you’re the sort of person who’d buy a 29 year old whisky from a distillery that doesn’t have any cult following to my knowledge, what would make you part with £5,000 for a bottle of this? What are the motivating factors?

Rarity, perhaps? Yes, I can accept that argument to some extent. But surely such collections are usually always based on future value – and I can’t see this going up in value much. This isn’t a Macallan with a roaring (and possibly Mafia-led) underground trade, and a 30 year old Macallan is half this price. Nor is this Ardbeg with the usual peat-heads frothing with rage at being unable to buy from the distillery’s website as it crashes and burns with every new and distinctly average release. Nor is this The Dalmore, which has cleverly built up a pyramid scheme for the super-rich, something to be drizzled over Ferraris by people imagining themselves as extras in The Wolf of Wall Street.

I mean, nothing against the brand per se. I quite like the new graphics, bottles and logo. Just not got the historical single malt clout of the aforementioned, has it? And even on the whisky underground, it never had the following of Mortlach or Benrinnes or Tormore. In fact, most people thought indie releases were a bit rubbish. Which they were. Because it was mostly knackered old casks doing the rounds – it was pumping out whisky for mass market consumption, not appreciation, for the likes of Bell’s. I wasn’t convinced by the first official releases last year. Even today, Bladnoch’s fermentation times are worryingly low – just 48 hours, which to me suggests it still isn’t interested at all in producing a flavoursome, quality spirit. You’d need much more than that to tell me that you’re not cutting corners, though not many people look for those signs.

So I guess my real question is: can a distillery be so wholly rebranded as to attract someone looking to spend £5,000? And if someone is willing to part with that kind of cash, what sort of whisky drinker are you? (And because we’re so sarcastic on Malt, I stress again: I genuinely mean this.) This is the marketer in me being curious. Who is this demographic? If you’re out there and this is your bag, could you drop me a line anonymously if you want, and say what is it about whiskies like this that appeals to you?

The Bladnoch Bicentennial Release – a 29 year old spirit, distilled in 1988, and finished in Moscatel casks. Only two casks actually made the vatting here, and it’s bottled at 41.2% ABV. 200 bottles available, and it will cost you £5,000. 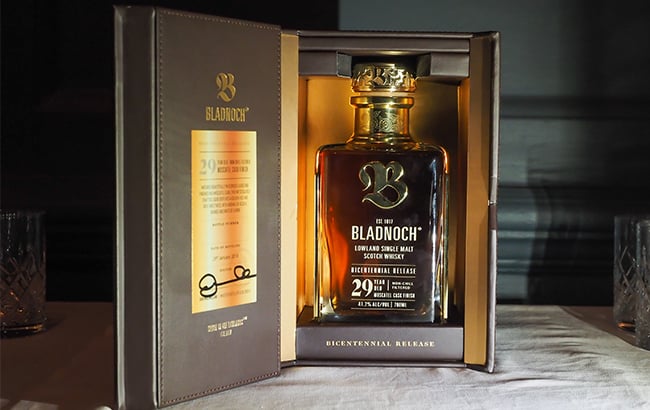 On the nose: very aromatic. Sweet and malty, but leaning towards the former. Baked apples. Maple syrup. Hazelnut praline, milk chocolate. Stem ginger. Figs and raisins. Has the whiff of Irish Pot Still about it (by which I mean that restrained, almost buried away sherry-nutty note). Lots more syrup and vanilla. Nice, but not that complex.

In the mouth: A slightly astringent note detracts from a lovely sweetness, and then it grows with time. A curious bitterness, acidic and too tart. Around this is some grassy, straw-like notes and some raisins, lime juice. Walnuts. And then the flavours drift apart. There’s a dissonance here, created by the finishing; the spirit doesn’t seem to cope well, I don’t think, but the underlying spirit had been in poor casks. The use of extra wood is clearly to rejuvenate those old stocks.

Lovely nose, but I don’t think the light Bladnoch spirit can cope with heavy cask finishing. I had to check in my palate afterwards, some calibration checks with the Macallan Edition No. 3, and yes, I wasn’t having an off day. This smelled lovely, but the taste was very curious, to say the least – something technically flawed within the spirit.

It’s just not the done thing to kick someone on their birthday, and I hope that people at Bladnoch don’t look at this review and boot us off the Christmas card list (not another one). Indeed, we want to have the serious conversation about value and pricing and branding and quality, and do as much as we can to guide consumers of all income levels through the sometimes deliberately deceitful (not in this case, I should add) industry.

I’m very conscious that when reviewers are sent things of high value that we get into a hazy territory, but I’m not being malicious. I’m always very grateful to people in independent marketing agencies (who represent the distilleries for the most part – many outsource their marketing and communications) who mail out these things, and to the people who work at distilleries and have lots of pride. Tens of thousands of you come to this site every month, and you keep coming back because – I like to think – you can pretty much believe what we say, whereas some major drinks sites are outlets for press releases and back scratching, or who just umm and ahh without really getting to the point.

Which I should probably do myself.

It’s a bit of an iffy whisky, in my opinion, and I really can’t see why they’ve released it.

A sample was sent to Malt Towers on behalf of Bladnoch – as you can see with your own eyes by the photo of a sample bottle – but we remain an honest and open church.