It’s always a treat and an interesting experience to sit down with a couple of whiskies from the generally excellent Japanese distillery, Chichibu. The problem being nowadays, hesitate and the outturn is immediately snapped up, as are most things associated with Japanese whisky.

The reputation of the distillery for its hands on craft approach has endeared it to many enthusiasts including the team here at Malt. You can get a flavour of why in the video Mark posted within the Chichibu The Peated 2016 review or across all the other releases we’ve managed to cover.

On looks alone, this single cask Galaxy Express 999 release is a winner but firmly out of reach being a Japanese exclusive. Thankfully those bods at the Dornoch Castle Whisky Bar managed to snag a bottle for the bar and the Glasgow Rare & Old Show. It wasn’t ridiculously priced either for 1cl around £5 from memory. That meant you could double or triple up conveniently without extending your overdraft limit. Needless to say it sold pretty well and I expect is being chased throughout the shadowy depths of whisky collector hell. Just 188 bottles were unleashed from cask number 711, the whisky being distilled in February 2010 and bottled circa January 2018. This for the record was bottle number 5. Bottled at 61.3% so we’re expecting plenty of power as we settle down for these reviews.

Galaxy Express 999 is a very popular manga franchise in Japan. Debuting in the late 70’s in print form and as a television series. It combined elements of science fiction, childhood dreams and the ever popular Japanese passion for locomotives. Needless to say, it was a winning combination and a series that is fondly remembered by many – hence this special single cask release – specially selected by Hideo Yamaoka, a huge whisky enthusiast. If my memory is correct, Mark and I along with the other members of the Tormore4 bumped into Hideo outside Ballindalloch distillery early one morning. Contently sipping on a Whisky Agency bottling of Glenfarclas 42 year old, we all had a dram and he seemed in fine spirits. A man of fine taste and generosity, we’ll see how his cask choice continues this theme.

The IPA in comparison was available for £145 from the Whisky Exchange. This was a more substantial release perhaps explaining its currently availability. A mighty 6700 bottles were released into the world thanks to co-operation from a local Japanese brewery. The beer was aged in the Chichibu casks – effectively a wash much like many of the sherry casks today – before returning to the distillery to be filled with maturing whisky. The end result should be a lighter, fresher Chichibu than we’re seen before at Malt.

On the nose: hoppy to say the least and vibrant with citrus fruits. Some cinnamon, caramel and a creamy milk chocolate. An element of Turkish delight oddly, but plenty of floral honey and heather towards the end.

In the mouth: more of those lovely caramel flavours, a bitter aspect, lemongrass, honey, raisins and a very evocative drying finish. Yes, a touch of the hops again that comes across as grapefruit and citrus flavours.

On the nose: robust arrival with toffee apples, bashed copper, raisins and an emphasis on fruits but perhaps showing its youthfulness as you try to delve deeper. Returning for more, some of those traditional balsa wood notes with pear drops and an aged vanilla.

In the mouth: in a word, better. Peaches and tinned fruit salad but water is needed here and reveals peeled bananas, toffee, chocolate covered brazil nuts, raisins and an enjoyable oily texture. More of those wood-based flavours combined with that Japanese touch and crème brulee.

Both whiskies are very different in their own ways, but ultimately represent strong offerings from Chichibu, with the Galaxy Express bottling showcasing that touch of class. The IPA highlights what you can do with such a cask when utilised properly, then say the disappointing Glenfiddich IPA attempt that came across like a timid, flat, tired and botched experiment. I’d expect its a bottle that will really grow if you’re given the chance to explore its characteristics. We’re going to see plenty of interesting releases from Chichibu in the coming years; the trick will be trying to snap up a bottle.

Lead image kindly provided by The Whisky Exchange and any commission links within this review ensures the good ship Malt keeps afloat, but don’t influence our final verdict. 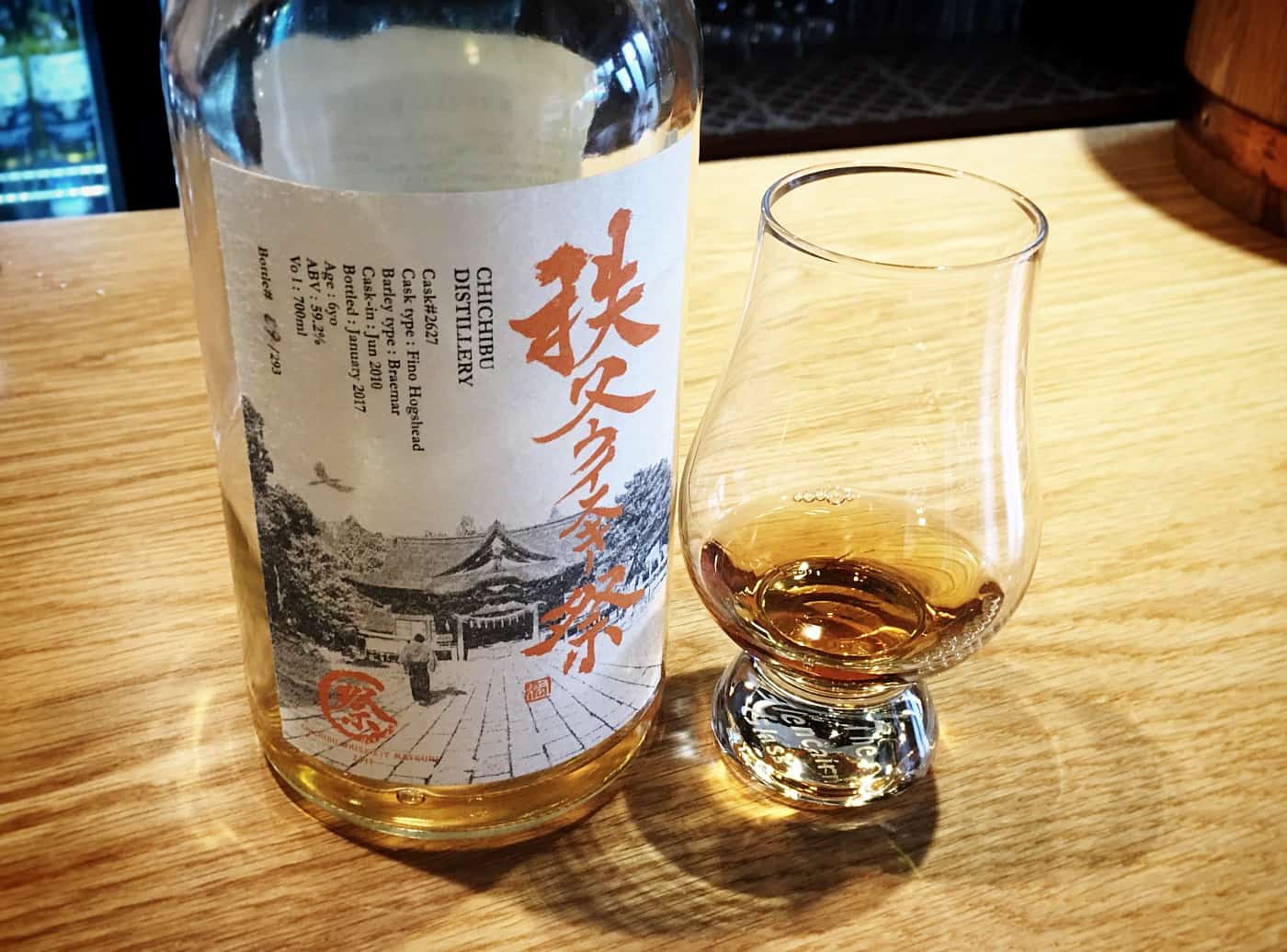