We all know that the Scotch whisky regions are complete nonsense right? I should clarify: complete nonsense when it comes to flavour profiles? Good. Because anyone who says otherwise usually has something to sell.

What’s that? Someone at the back complaining? Firstly, let’s just be clear that there are, of course, regions in Scotland. And for purposes of tourism, then there’s much merit in having whisky trails and festivals and so on, based on clusters of distilleries. Rejoice, in regions being used for tourism!

But the moment you start to make generalisations on flavour and regions, we’re going to have to escort you from the building. I have a peated whisky today, and many people (especially whisky writers of the 1990s and early 2000s) will give you the impression that peat = Islay. But today you find peated whiskies from all over the place. And there’s as much diversity of style in Speyside and the Highlands as there is at the Notting Hill Carnival. Whisky tastes different all over Scotland: you can have a peated BenRiach or GlenDronach and trick people it’s a whisky from Islay, and you can have some delicately unpeated stuff from Islay and bamboozle people in a blind tasting into thinking it’s from Speyside. Light, heavy, oily, finessed, citrusy, coastal, peaty, earthy – you simply can’t make generalisations. The Scotch whisky regions have nothing to do with flavour. End of.

Now, where was I. Aha! anCnoc, that pesky uncapitalised brand that causes havoc with sentences. anCnoc is made at Knockdhu distillery – and we, at Malt, are big, big fans of the place and brand. (It’s not often we say we like things.) The distillery produces two very different styles of whisky, peated and unpeated, with immeasurable variations of both. (My heart leans towards the unpeated stuff, if I’m honest.) And it doesn’t use Islay peat – it’s from closer to home.

Today we have the anCnoc Peatheart, which uses barley that’s malted to 40ppm – quite a high level for the distillery. You’ll hear a lot said about peating levels of the barley, yet that ppm level doesn’t necessarily influence the peat or phenol levels in the final spirit – due to things such as fermentation times or length of distillation. Of course, people readily accept that production can influence the smokiness of a whisky, but then don’t question how fermentation and distillation times (some of the first areas where corners are cut by the major operations, along with using cheap wood) impact flavour elsewhere, because they probably won’t like to hear that a favourite brand makes shortcuts. For the record, anCnoc has a 72-hour fermentation, which is longer than most Scotch distilleries. That information is a sign to me (and I have seen this with my own eyes anyway) that they are interested in producing a quality spirit.

Bottled at 46% ABV, anCnoc Peatheart will set you back just under £50. 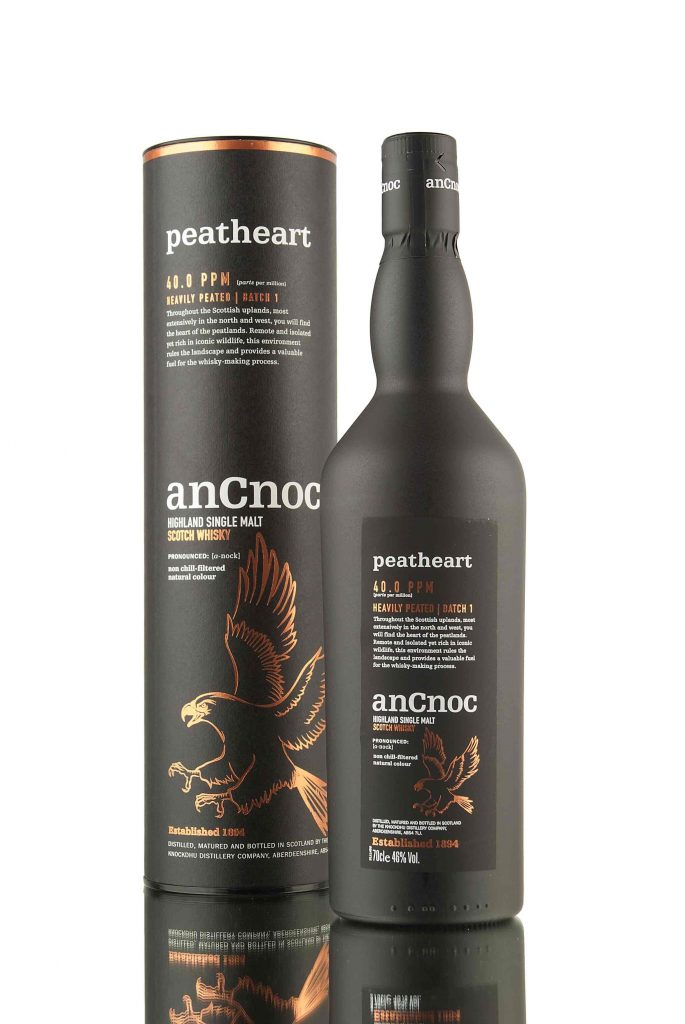 On the nose: very pleasant, creamy citrus notes; lemon curd perhaps. The peat is mellow and sweet, blending with vanilla notes. Baked apples and golden syrup. Tobacco and tea, with some floral notes underneath.

In the mouth: lightly peated now, with gentle green tea and honey. Lime juice. Should be said, the spirit is lovely and velvety. The smokiness feels like Assam tea with black pepper. After a while the sweetness seems to feel just perfect: vanilla, syrup, and salted caramel chocolate balance very well indeed with any sourness and tart, citrus acidity mingling with the peat.

Simple, light, tasty, springlike perhaps. The spirit is well-made. But I can’t help feel the casks weren’t too active here though, or maybe it’s just a shade young for my preferences. In many ways, this has allowed the peat to shine through a little more, but I don’t think we’ve seen the best of anCnoc’s peated whiskies just yet. I’d like to see a little more mixture of cask types thrown into the mix – some ex-sherry casks and peated spirit perhaps (they tend to be vattings of ex-bourbon barrels for the most part).

anCnoc has got quite the range of flavours on sale, peated or otherwise, but for me, you’ll still not find better value for money than the classic anCnoc 18 and 24 year olds, which are outstanding drams.

All this reminds me is that I really need to buy some more anCnoc.

Note: a sample was sent to Malty Towers on behalf of the distillery. 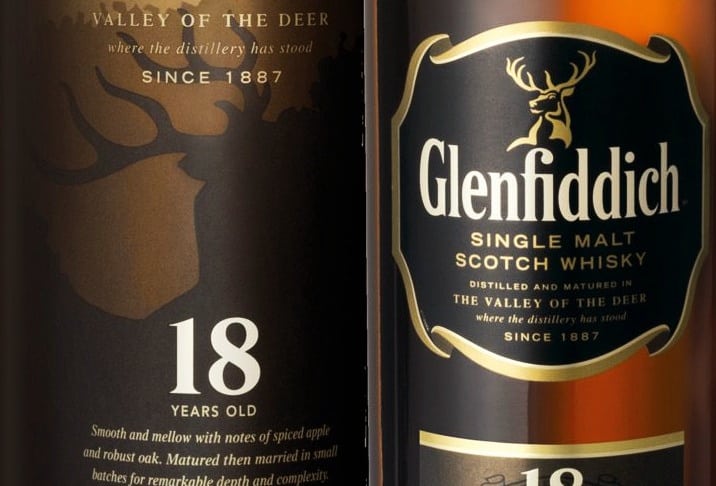