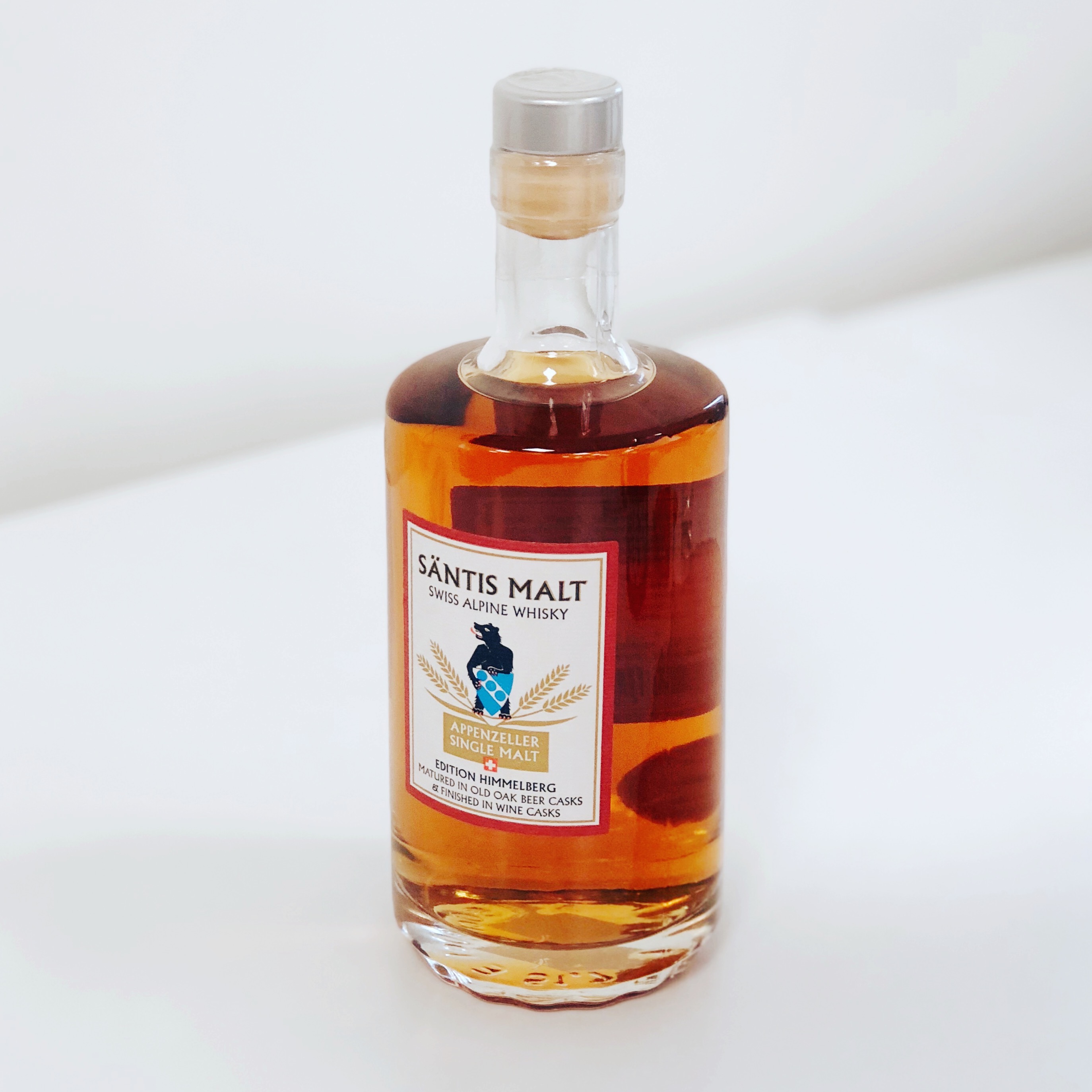 You know I like to bang on about the fact that, in general, Scotch whisky is in a bit of a downward trend in quality (demand, a legacy of corner-cutting in production, the fact that they can literally sell anything and get away with it), and that European whiskies are, in general, on an upward curve? Well, today I have yet another European whisky to bore you with.

This brand, however, is not all that common on UK shores – at least, not to the degree of others. And it’s beery! Säntis, having a brewing heritage, makes its main maturation of many of its whiskies in old beer casks. However, my feelings on ex-beer cask maturation are mostly, in my experience, and in my humble opinion, that the whiskies end up being a bit shit.

That’s rather harsh, actually. But you see, beer is pre-whisky; brewing is two-thirds distillation. To me, it always feels a backward step in evolution for distilleries to be “inspired” (or rather, observe a cynical marketing opportunity to sell to craft beer drinkers by putting beery words on the label) by what whisky was before it blitzed through the copper stills. My mental issues aside, I’ve never been impressed by the handful of beer-finished whiskies that I’ve tried (on here, the Glenfiddich IPA finish). They’ve been a bit too yeasty or too hoppy or too vaguely wishy-washy for my liking. Beer cask whiskies don’t stir the soul.

I can’t really see much cynicism in Säntis using beer casks for marketing reasons because, like that other Swiss distillery, Langatun, they come to whisky via being a brewer – in this case, specifically the Brauerei Locher AG. They’ve got beer casks all over the shop. Swiss distillers, due to arcane post-war laws, weren’t allowed to distill grain until the 1990s, and so the company was quick to get involved in whisky production. The brewery itself has been knocking about since the late 19th century, and like many good breweries are fascinated by the grain they use (note how most whisky distilleries are not bothered too much about their grain, so long as it’s to a basic spec). 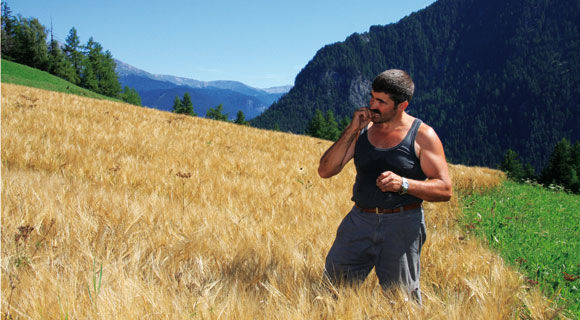 Säntis, the distillery face of the brewery company, now has a range of whiskies. Jason reviewed their Swiss Highlander recently and wasn’t much impressed. So, as we’ve been hearing good rumblings about them from our European colleagues, I opted to give the Himmelberg a shot – because it cost me about £30 a bottle. Himmelberg was first aged in old oak beer casks, but was then finished in a mixture of wine casks (which my perverted palate tends to admire). It’s bottled at 43% ABV, and is non chill filtered, with no added colour.

On the nose: very fresh and fruity. Yeasty, quite bready, with some cream cheese or unripe brie underneath it all. Then layers of soft red fruits, unusual to this degree: strawberries, raspberries, cranberries. Dried apricots.

In the mouth: lovely and silky, but whereas the nose was all about the soft fruits, the taste is a little spicier. A touch muted at first, and quite a lot of beer notes showing, like a light summer ale. Green tea. The spiciness is full of hops. Before the fruits come – apricots, green apples, grapefruit, raspberries again. And it’s all so very creamy too, which in time brings more intensity – quite a lot at 43% ABV.

Unusual, very fresh, and with some decent spirit at the heart of it all – but that spirit itself (the important and often-forgotten bit that goes into the casks) is not quite to the same standard as Langatun, in my opinion. And again, it’s another example of beer maturation – with that green, hoppy undertone – that makes me think I should really just avoid spending my pennies if I see that four-letter word anywhere near a whisky bottle.