We’ve talked recently on Malt about the whisky series. You know that running theme whereas a consumer or god forbid an investor, you’re lured in and hooked. At one time or another, we’ve all been on the end of that line. Recently I completed my Dalmore Millennium Custodian trilogy simply because I had started it and wanted to see it through. Yep, sucker.

There are exceptions when it comes to the series format and the Whiskybase Archive programme is such a candidate. I’m all over a good bottle label and our European and Japanese chums put out some startling examples. The Archives range using The fishes of Samoa published in 1906 is such a cool format. It’s eye-catching, colourful, distinctive and very cool. If I was to bottle my own whisky one day I’d scour the old bookshops of Edinburgh for a similar dusty old relic that could provide a fruitful resource. In the meantime I like to differentiate the Archives from distilleries and independents pursuing a series purely for financial gain.

Sure there’s money to be made with any bottling and overheads to cover. However, I like to think of the Archives as more of a record label. A cool record label. In my youth examples like Sub Pop, Drunken Fish were sub-zero or going further back in time you had staples like Vertigo or Atlantic records. Nowadays the Archives is proving very popular as they rattle up the releases since debuting in 2011, which are now into the 80’s and rising. The best place to check for all the Archives and keep up is, funnily enough, Whiskybase itself and its a varied list of releases. Just be wary of the Archives collectors! They are quite an intense bunch and constantly on the prowl for missing entries to their collection.

We’ve reviewed a handful of previous Archives releases here at Malt with Mark tackling 5 in an article before more recently sitting down with a vintage and mysterious 1973 Speysider. It’s a solid standard generally with some heights being reached on a regular occasion like that sublime 1990 Littlemill easily a stunning Lowland example. I still lament the loss of that 1997 Clynelish bottled for the Gathering event last year. Yet what can you do when someone you know turns 21, loves Clynelish and is needing the ideal present…

By chance I’ve been collating a handful of Archives releases for a future tasting theme as well as a vertical article. They’ll both come to fruition soon, but for now, we’re focused on this Glen Keith. It’s a distillery I’ve been fortunate to visit a couple of times as part of the Spirit of Speyside Festival. It’s a looker from the outside but within its had a bit of a gutting and modern makeover rendering it stark, efficient and a wee bit soulless. Thankfully the whisky is anything but, yes I know not everyone was a fan of the bargain basement Glen Keith Distillery Edition from last year. Retailing at only £20 for a labelled single malt you weren’t expecting a whisky extravaganza. Rather it was solid and affordable, which for many out there is all they really want in reality, especially the latter.

I suppose on reflection we may have to draw a line through Glen Keith and its whiskies in terms of the renovations. Prior to its mothballing in 1999 and resurrection in 2013, the distillery produced a fruitful and charming style of whisky. Thereafter it’s still early days but I’d be surprised if everything remained the same. Historical fans may also demand another line through 1970 which spelled the end of triple distillation at the distillery. Either way, it had a colourful existence.

Like all good independent releases this range is bottled at cask strength, natural colour and is un-chillfiltered. Pretty much the holy trinity right there. An outturn of 258 bottles from a single hogshead #171245 bottled at 56% strength. This Glen Keith will probably have sold out even before we click on the publish button backstage – actually its still available as we speak. Such are the times we live in and the rising tide of demand. However there’s always a few bottles in the Whiskybase shop if you’re interested in a commission free link and checking out something from the series. Price on this 22 year old Glen Keith is 120 Euros which ain’t bad.

On the nose: those signature Glen Keith apples drizzled in honey and some vanilla nougat. A solid nose with elements of putty, a sprinkling of cinnamon, a floral element with dandelion and white chocolate.

In the mouth: wine gums, sliced green apples, some pears and icing sugar. More of that white chocolate and a gentle texture. Elements of exotica with lemon peel, Kiwi fruit and a slightly sour note taking us into the finish that’s reminiscent of lemonade.

Being critical on the nose it doesn’t come across as hugely complex given its solid age. It’s a typical Glen Keith in this respect and is gentle and very approachable. Flashes of potential and an easy drinking whisky that hopefully almost anyone can appreciate. 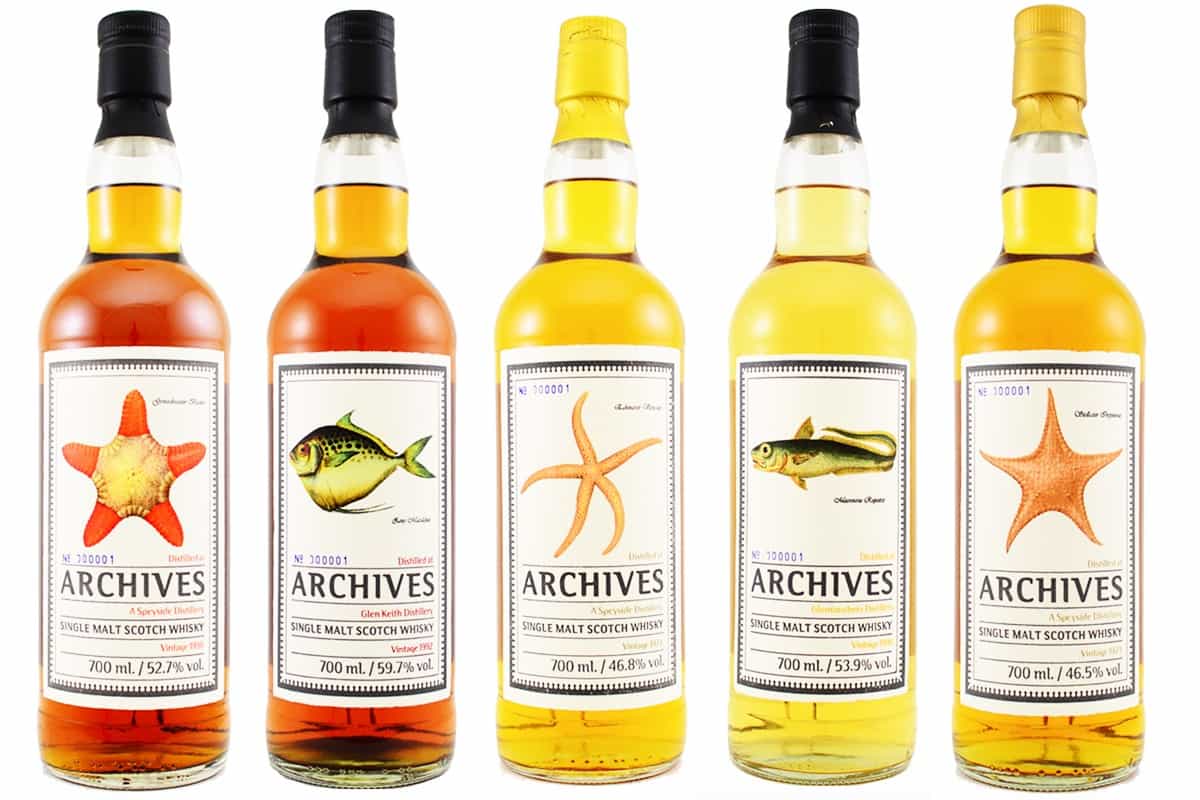