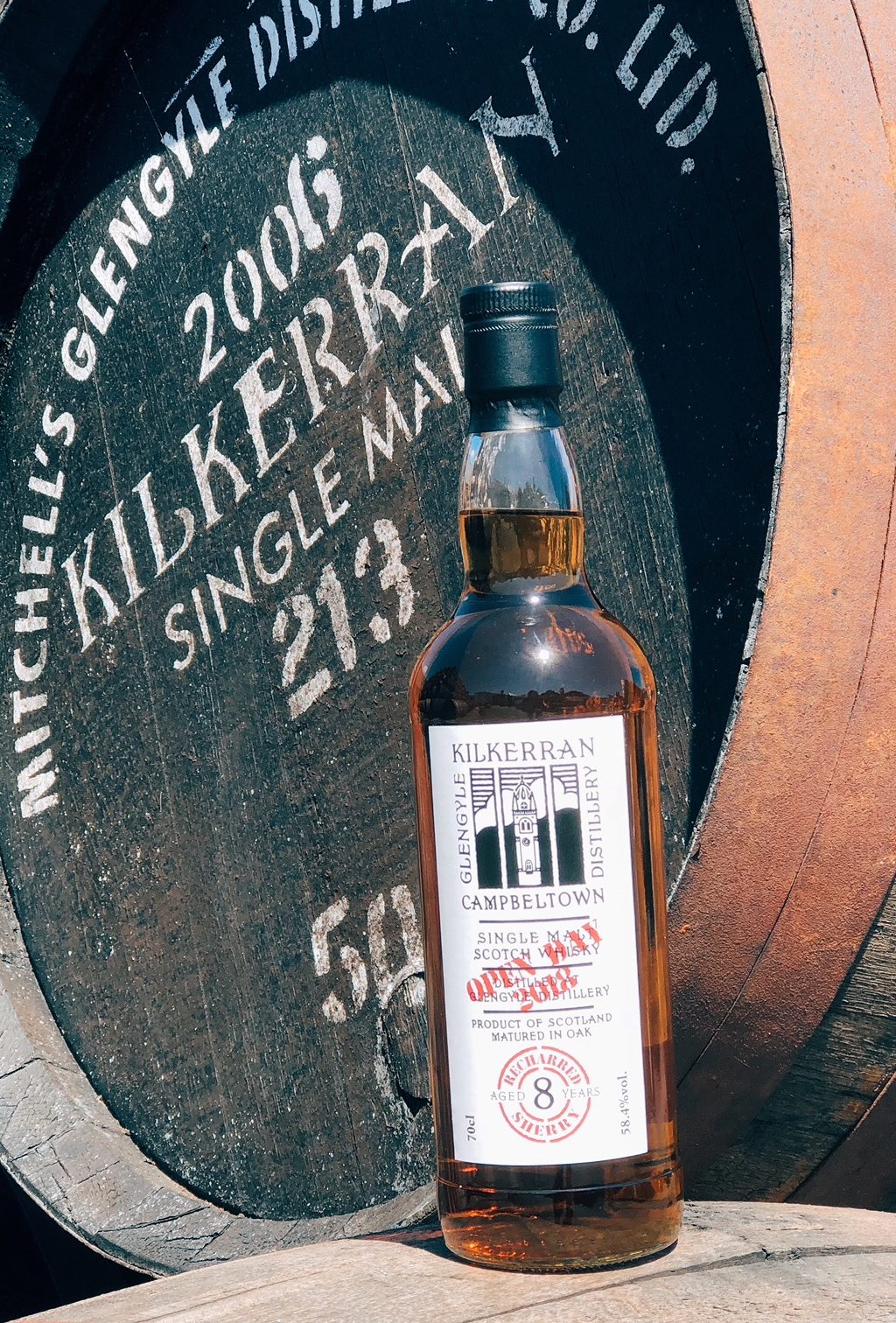 There was a clear cataclysmic split in the force today. Write down the date of the 25th May 2018, as we wandered past Springbank distillery and headed towards Glengyle. The focus during the Campbeltown Malt festival had switched from Springbank to its newer neighbour and the antics of Cadenheads.

The hustle and bustle of the day before had evaporated – perhaps as a result of a tropical environment – and the queues had been eroded. Potentially, there were some casualties from the night before as many of our foreign whisky attendees tend to do things to a little more extreme. From the shadows, some emerged during the course of the morning. Somewhat startled, somewhat pale and then there was… [No naming names here at Malt.]

The throbbing crowds had moved on towards the bottle chasers wet dream. Or Islay, as it’s known, content to stand in queues on daily basis on a rotational effort to fill their car boots and vans as quickly as possible. There was a concern that these antics would infiltrate Campbeltown after the 2017 festival and general feedback, but thankfully such shenanigans were less obvious. Yes, clearly there will be some flipping going on. And Mark Watt put it nicely during the Jenna vs Cameron tasting, when he said to attendees good luck flipping Jenna’s choice of an Aberfeldy. Indeed, a close-run competition, but the Bowmore choice from Cameron was in a different class.

The festival bottles this year with the exception of the 21 year old Springbank were all roughly editions of just under 1100. More than enough to satisfy demand for anyone who had ventured down to Campbeltown along with dousing the flames of any potential flipping antics. At just £60 and exclusive to the event, these all recently received a thumbs up from the Malt.

If you visit a whisky festival nowadays, then you do expect to do the odd favour for friends. Missing out mostly on the Spirit of Speyside festival this year, friends wonderfully obliged with a couple of purchases. These, in turn, have been deployed to other less locally placed friends with the odd bottle put aside for a future tasting. All at cost. Yes, you read that right. All at cost price. That’s what the Tormore4 do for one another, plus friends. Point being is that, generally, my phone was eerily quiet these past few days. Not due to the poor signal that seemed to plague my mobile network of choice in the region. Rather, the Springbank, Hazelburn and Longrow had not prompted any stampede or desire to purchase a bottle. Yet Kilkerran was a different matter altogether. Ok, it’s confusing having to switch between the Kilkerran and Glengyle names. Plus it seems unlikely that they’ll be reunited under a single brand anytime soon.

The Kilkerran was prompting attention. Such has been the quality of its whiskies of late and how its spirit seems to work well in a variety of casks. This festival release had interest from Scottish friends and my favourite Dutch jenga player. The queue was meagre and the purchase a breeze at £60 a bottle – job done. Time then for another experimental Kilkerran with the hogsheads sourced from Speyside cooperage. Sadly this means there’s no detail available regarding their original hosts nor the degree of char within the cask. Whisky after all, remains a mystery until you’ve popped that cork and stuck 2 fingers up at you know who…

In the mouth: Wonderful texture, oily and very bright. Peppery at the front with baked apples and cinnamon. The fruits come quick: raspberry jam, cranberry. Light olive oil, and an earthiness. Black tea. Peppery on the finish. 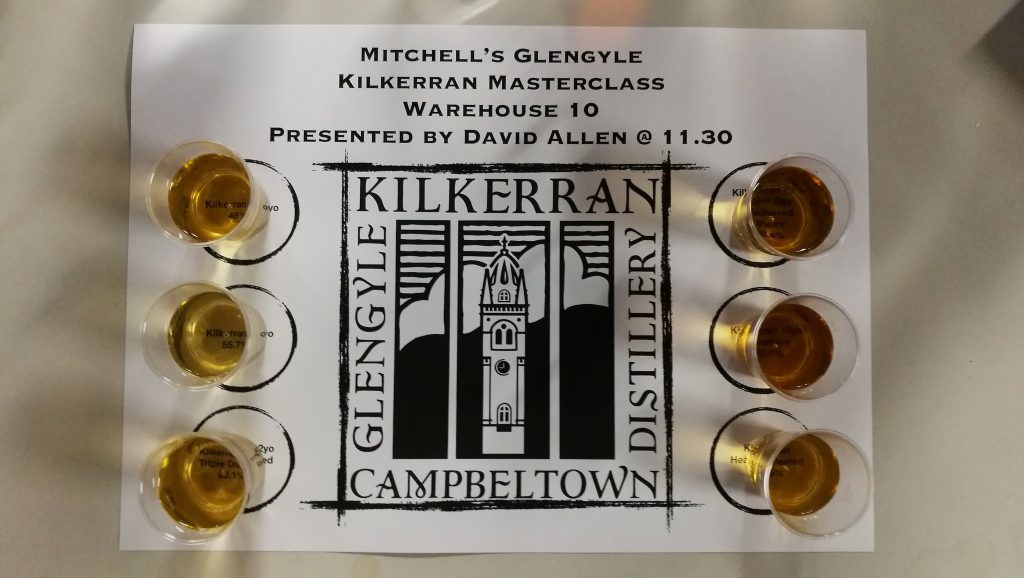 In the mouth: Restrained; there’s a slap of wet peat, very vegetative with a herbal twist, salty and coastal as well. Olive oil, very pleasant, but a work in progress…

In the mouth: Quite tame for the ABV. Lovely oily smokiness, not too ashy, not too sweet with a hefty amount of baked apples. Mead with a lovely honeyed core, then some spicy, smoked fish, pepper and brine on the finish.

The heavily peated is interesting but for more depth, patience is key and whilst it’d be easy enough to bottle at 3 years old, stick it in a wooden box with a fancy name and marketing spiel. We know this isn’t the Campbeltown style when it comes to bottling. We’ll meet again and hopefully it’ll be good to go.

In comparison the Festival bottling already has a rugged character and those layers that you can peel away as the fill level lowers. Adding water, playing with the contents, will reveal some new delights here. For £60 it’s a refreshing price in these times of £100+ for a festival bottling around the same age from that other festival, or new distilleries demanding a high figure for their 3 year old wood rinsed spirit.

We’re done with the sun scorched Campbeltown festival for this year. Our thanks to everyone involved for ensuring such a great event, the sense of community and underlining that a festival is about the whisky and meeting friends old and new. Until next time…