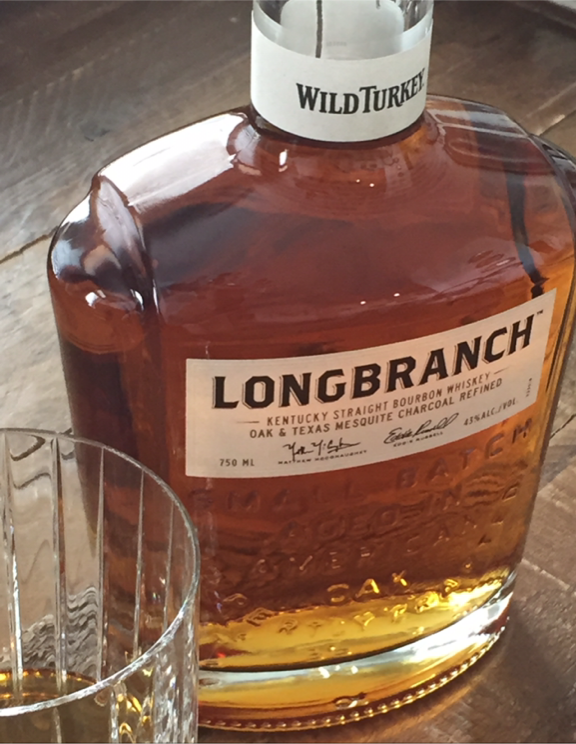 Before we begin discussing Wild Turkey’s Longbranch, I feel I ought to add a prefatory note informing the reader — crossing my fingers there are any — that puns employing Matthew McConaughey’s famous catchphrase “alright, alright, alright” will not be found within the contents of this review. I think we can all agree that conclusions such as “this whiskey is alright, alright, alright” are neither comedic nor very informative. Excellent, glad we got that out of the way.

It probably hasn’t escaped your notice that celebrity whiskey spokesmen and “collaborators” have been trending the last few years, particularly in the bourbon and blended Scotch categories. This is just part of a larger strategy we’ve seen in the industry that is Hell bent on drawing in more millennials, women, and “non-whiskey drinkers”, or, in other words, the worst of humans (I’m joking!). Jim Beam took on Mila Kunis; Haig Club — the sleazy drugstore cologne bottle-looking Diageo creation— has David Beckham; Claire Forlani had a go with Dewar’s a few years back; and now Bob Dylan will be the face of a new whiskey called ‘Heaven’s Door’. I remember hearing that Claire Forlani was criticized for putting on a very poor fake Scottish accent in the Dewar’s commercials, and perhaps Jason can weigh in, but I honestly doubt many people were paying attention to her diction in those ads… *wink wink* Amirite?! (Point is she was perhaps a bit oversexed in the Dewar’s commercials… and potentially completely mental as she kept talking to an invisible man named Angus).

For me, a whiskey promoted by a celebrity is as appealing as a novel featured in Oprah’s Book Club. While Oprah is undoubtedly extraordinarily accomplished and successful, I can’t help but ask myself what literary merits does she have that makes her judgement in selecting books any better than my own? When it comes down to it, we are both avid but amateur readers and consumers. And so I ask a similar question when Matthew McConaughey or Mila Kunis peddle a whiskey to the public. Besides the VIP week-long whiskey crash course corporate marketing execs ensured they received, what makes them any less of a whiskey amateur than myself? However, I will admit that if an actor made a whiskey commercial parodying Orson Welles’ Paul Masson disaster, there is a 100% chance I’d buy that whiskey.

Anyway, we can now add Matthew McConaughey and Wild Turkey to the growing roster of celebrity/whiskey partnerships. According to various interviews and press releases, master distiller Eddie Russell and McConaughey had been collaborating on this bourbon for two years. Inspired by the actor’s Texan roots, the whiskey is filtered through Texas mesquite charcoal, as well as white oak charcoal. This may bring to mind the Lincoln County Process of charcoal filtration which has made Jack Daniel’s famous and allowed them to pretend that they aren’t a bourbon when we all know damn well they are.

At this point, I imagine that you might have guessed that I did not purchase this whiskey because of Matthew McConaughey’s affiliation. I also did not buy this bourbon as a result of reading favorable user reviews. In fact, I hadn’t read any reviews until after I had tasted Longbranch for myself. My reasoning for purchasing it was really quite silly and sentimental. The mere mention of mesquite charcoal makes me reminisce of growing up in Arizona; the rustic desertscapes speckled with hardy and slightly aggressive looking vegetation; watermelon colored sunsets against the mountain ranges; the clean rain smell of the creosote bush; the adults grilling steak in the backyard over mesquite charcoal; receiving 3rddegree burns from placing your palms on the metal handlebars on the playground or the steering wheel in your unshaded car; having to shake your shoes out before putting them on to ensure no snakes or scorpions had made a home in there since the last time you wore them… okay now I’m dipping too far back into the memory bank and reaching into the less romantic imagery.  So, with all this nostalgia on the mind I bought Wild Turkey Longbranch and crossed my fingers that the mesquite charcoal filtration added a discernable amount of Southwestern character to the bourbon. 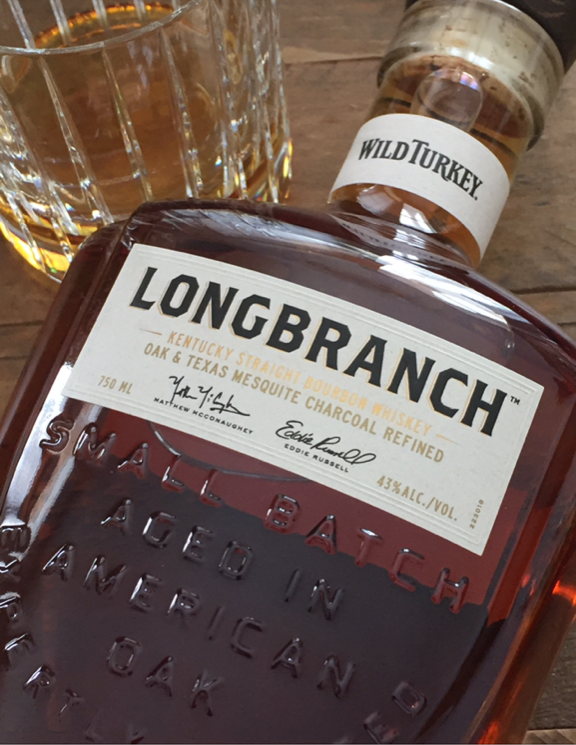 On the nose: A sweeter, mild fruity bouquet of citrus and caramel, tinged with some honey, allspice, pear, and banana. A hint of smoke lingers in the background.

In the mouth: Mellow, creamy notes of orange, honey, and caramel which transitions to a bit of rye spice and smoke. A quick, light prickling of alcohol and then trails off to a short finish of peppery and oaky dryness.

Everything about Longbranch is muted and nondescript; however, given the reasonable price point of 35 USD I don’t feel disappointed. The bourbon would probably lend itself to be a great beginner one as it lacks any of the bold and potentially off-putting characteristics of a more aggressive high rye. It’s an easy, smooth sipper but nothing exciting. Longbranch certainly didn’t kindle my fond memories of the Southwest.