Today we have a guest post from one of our favourite people in the whisky community – Linh! You may know Linh from her marvellously bat-shit-crazy Instagram feed, or her super-talented illustrations.

Hailing from the sun-kissed state of California  (this can be forgiven), Linh has visited Scotland on several occasions and… left an impression at several distilleries, let’s put it that way. We wanted to drag Linh onto Malt, kicking and screaming, as she doesn’t give the corporate line. She even completely ignored our scoring system, which is fine. Over to Lihn…

My experience with Speyburn started roughly 6 years ago when I started to work in the alcohol industry. I tried their basic, core expression, which was roughly $25 for a bottle.

Their expression, despite being labelled as a Speyburn 10 Year, appeared to range from batch to batch. At times it would possess a lot of Glenlivet 12 year old qualities – the grapefruit profile that’s light and palatable to most. In other cases, it tasted like someone had puked into my mouth – the bitterness off the whisky was off-putting to me, to say the least.

However, I received a sample box of the Speyburn’s line and, much to my surprise, they were pleasant. I received these samples from Speyburn’s Marketing Company. It was for their Live Tasting Stream with Nate (@WhiskyWithAView) and Brand Ambassador Steph Ridgway (@Whiskychick).

So, here’s the breakdown of the profile below:

Bottled at 40% ABV this release is priced around £30 and for so long was the single core expression.

At times it had nice green apple profiles and it was light on the mouthfeel like a Glenfiddich 12. In other moments it was light like a Glenlivet 12 year in the sense that it had more of that grapefruit profile. To me Jameson 12 and Glenlivet 12 seem to taste alike. In other cases it was really, really bitter and it tasted like someone blew chunks into my mouth. I am happy to say that 6 years later and trying the latest batch of this bad boy it is a nice, green apple, malty whisky. A little bit of bitterness happens 2/3 of the way, but it’s only fleeting. It ends on a malty note. If you ever get a chance chew on malted barley. That’s what the finish tasted like. In short, I dig it! It’s a nice whisky if you’re into something light. I guess if I were to measure the level of sweetness and lightness it’s between Glenlivet 12 and the Glenfiddich 12.

Bottled at 46% ABV and apparently compromised of 100% first-fill ex-bourbon casks, air dried and selected by the distillery manager. An American exclusion release.

There’s a green apple undertone here, but top notes of barley are present as well. Citrus notes enter the mid-palate. Overall, the scent of pencil shavings on the finish. I must say that the finish is a bit too bitter for my liking. It almost has an IPA profile on the ending. On a positive note, I find that with drops of water it gets sweeter. The alcohol does come into view and there’s a bit of “new make” influence here, but when I let it sit and settle for 15 minutes, there are tones of condense milk and hints of tangerines, which I find so interesting and fun. This particular one needs a bit more coaxing, more time to settle into the glass, before it I can personally drink it. Overall, I really enjoy this one after it is exposed to water.

This older expression clocks in at £58 and 46% abv for your hard earned bucks, pounds or whatever you spend.

Tastes like a brighter and bolder version of Glenrothes Alba Reserve. Both expressions have a citrus note, along with pencil shavings, but overall it reminds me of Nikka’s Taketsuru Pure malt. There’s a nuttiness and dryness here that both whiskies possess. With water it reminds me of Nikka Taketsuru Pure Malt 12 Year; it gets more nutty like that in the beginning, but there’s an alcoholic kick to it towards the finish, and that’s what separates the Nikkka from this Speyburn. It gets grassy and vegetal—like a Tormore 10 Year. I prefer the Arranta over the 15 year old just because the 15 is a bit sweeter for me, which is something I lean towards.

OH BOY! I love this one a lot. I am a big fan of cask strength sherry stuff like Glenfarclas 105, Cooley Cask Strength (seriously, any aged in sherry from any indie bottlings from SCN to Exclusive Malts… they are top notch) Aberlour A’bunah, Tamdhu CS, Glendronach CS, Tullamore Dew Phoenix… all fall under this special camp.

There’s a raisiny, leathery profile that reminds me of drinking old expressions aged in sherry from the 60’s. Yar, it sounds like a hyperbolic note, but it’s true. It’s a clean sherry cask. I don’t detect sulfur at all. I love the undertone of milk chocolate; that sort of profile reminds me of Glenfarclas 105. If you don’t know me already, I’m a fan of this distillery and I think George Grant is super cool! This will be released to the market and batches will vary. I am so excited that it will be available for the market. IDK how much it will run, but I am a big fan of this one. I even get subtle tones of condense milk—like in Arranta. With water, for some odd reason, I get a bit of mesquite wood—like Balcones Oak Scrub or some of Westland’s whiskies.

It’s not a bad thing at all… just a surprise for me. I prefer drinking it neat!

There’s some commission links here for The Whisky Exchange plus we’ve stolen the lead photograph. Transparency at all times – its the Malt way. 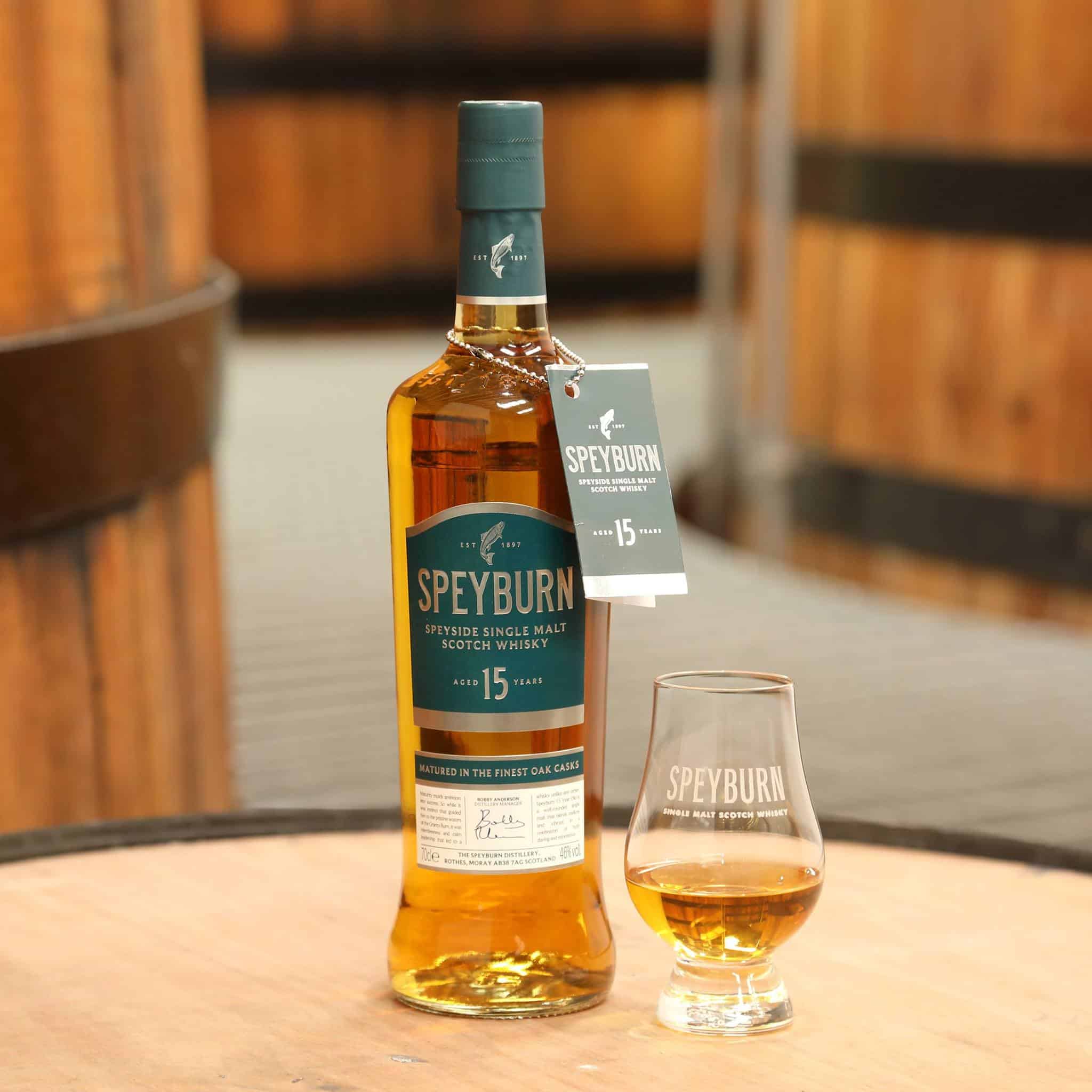 Now here is a new name to many readers, especially those living abroad; Speyburn. This isn’t a high profile distillery or one that has far..