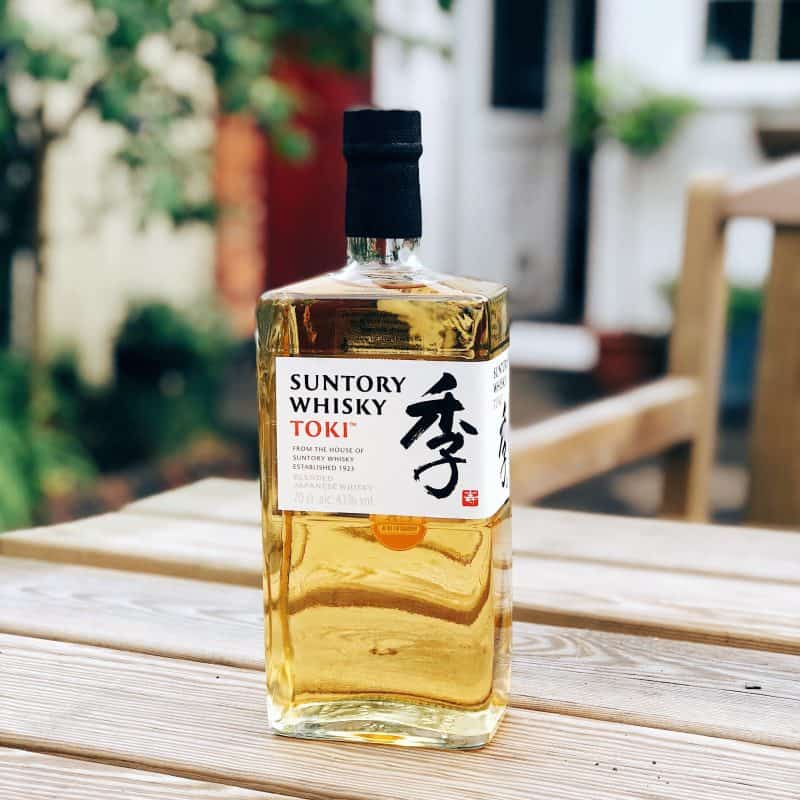 There has been a bit of talk from those in the whisky community – a sort of snobbery if you will – that a lot of Japanese whiskies are not really Japanese at all, as they use component whiskies from other places in the world, yet can still slap “Japan” on the bottle.

Can you imagine a product that states a country of origin on the bottle, but in fact uses ingredients from other places in the world? Why yes! Scotch whisky! And Irish whisky!

Because Scotch and Irish whisky brands can – and often do – use barley, the prime ingredient of single malt whisky, from any old place. Not just Scotland or Ireland, but – god forbid! – England, or even further afield in Europe. The same goes for other grains, too. When I was speaking to Adam about this, my fellow grain spotter on Malt, he pointed out that America also gets most of its rye harvest from Canada and Europe.

Many of the big brands will use deceptive language – unintentional if we’re being kind – to make you, the consumer, believe that it gets its barley from nearby locations, to create the illusion of provenance. When in fact it gets grain from any old place – and, more worryingly, often the same place as each other. For 99% of whisky brands, distilleries have little idea where precisely those raw ingredients actually came from, let alone what it is about their growing conditions that contributed to different flavours. In a way, it reminds me of the Tesco ‘fake farm’ names nonsense – if not in name, then in sentiment. Creating the impression things are from a certain place, local, friendly, when they are in fact often from a different nation entirely.

So, in my mind, it’s quite hypocritical for champions of good, pure, honest Scotch or Irish whisky to then have a go at Japanese brands, when everyone is getting their ingredients from all over the place. And let’s not pretend most people care about barley – you lot might because you are both handsome and wise, but we’ve been brainwashed by marketing departments to think that it doesn’t matter. (Yes, I’m being facetious, because it’s the internet; and to be memorable, to badly paraphrase AA Gill, I need about half of you to hate us and half of you to love us.) But under all of this, I believe I have something in the shape of a valid point. If you cared, you kick up a fuss about the other thing too.

So, to Suntory Toki, which I believe is an example of Japanese whisky that uses Japanese whiskies, although who knows where the barley comes from. Toki literally translates as time, which makes me think someone in the Suntory marketing department has a sense of humour.

It’s actually a young blend using whiskies from three of Suntory’s distilleries, Yamazaki, Hakushu and Chita – the latter being a grain whisky distillery, which has produced some decent single grains of late.  I know next to nothing about what’s in the bottle though. The brand website has the usual absent-minded guff: “Inspired by that interplay, Suntory Whisky Toki™ brings together old and new – the House of Suntory’s proud heritage and its innovative spirit – to create blended Japanese whisky that is both groundbreaking and timeless.”

Okay, let’s ignore that. The astonishing thing about this is that Suntory Toki costs about £30 or £29.90 from Master of Malt. We’re used to eye-watering prices from Japanese whiskies. This costs next to nothing. But will it be any good for that price?

In the mouth: showcases much more of the malt whisky components now, more so than the nose suggested. Rounded texture. Vanilla indeed, but malted milk biscuits, green tea, ground almonds, peaches and honey. Grapefruit sharpness to balance out the sugary sweetness very nicely. Much more flavour here than aromas present, and robust for 43% ABV. Coriander heat on the finish.

Funnily enough, it’s like a lot of Scotch whisky right now – which are at the lighter, grassier end of cask influence – but it’s a heck of a lot more classy, better blended and it’s half the price, which is astonishing given it comes all the way from Japan.

£29.90 for this? Crack on and get a bottle. It’s a brilliant little session dram and no doubt could make a few decent cocktails, too, if you’re into that sort of dirty behaviour. I really liked Toki.

Full disclosure: I was sent a bottle of this. Wasn’t expecting that and there is a commission link within this review, which never affects our opinion.