I’ve moaned about wheat a good few times in my ten month tenure on Malt. I grumbled about it in American whiskey terms here and in Scotch whisky terms here. And both times I felt completely justified.

Young wheat is, by my mileage, the lowest form of whisky. There are some fabulous older wheated whiskeys about, but wheat hates being young. It doesn’t have much body or many congeners compared to rye or barley, so it spits out a prickly mouthful of pear-drop acetone and vicious, untamed alcohol. That’s one of the main reasons that modern bottom-shelf scotch blends are so much less palatable than their counterparts from the seventies and earlier, when the grain component was predominantly maize. It’s also one of the reasons so many wheat-recipe craft bourbons and wheat whiskies make for pretty rough and ready drinking. With my British Bourbon Society hat on, I’ve grumbled about that here and here.

Now all of this grumbling leads some people to suggest that maybe I don’t like whisky. An accusation also levelled at most of my co-writers on Malt. This stems from a mistaken and occasionally wilfully obtuse belief that criticism is inherently negativity. From a self-blinkered worldview in which all is sweetness and light within the industry. In which the best, as Voltaire suggested, is the enemy of the good. In which we should all just chill out and have a drink.

Here’s the problem with that. It is simply untrue that all whisky is as the industry presents it. Press releases drip with alternative facts and obfuscation. Back labels and websites talk an awful lot about countryside, heritage and spirit animals, and hardly at all about how the whisky is made, and what the whisky is made from. (Yes, I know, they’ll say barley/rye/corn/wheat, but they won’t tell you what sort or where it’s grown – half the time they don’t know themselves.) Corners are cut in the name of efficiency, then either glossed over or incongruously spun by copywriters into perceived virtues. A deliberate and occasionally insidious nebula cloaks the whole business, and if that seems like an overdramatisation, it is because the scale of the facade is so dramatic.

Once upon a time, not so very long ago, whisky was slipping and sputtering, and nobody really gave a damn. Contemporary writers quite rightly trumpeted its virtues; advocated its singular, ethereal qualities; encouraged readers to explore its underappreciated charms. That, I believe, laid the foundations for a culture in which criticism would be relaxed, and praises writ bold.

We’re not in those times any more. Whisky is booming. New distilleries open every year, often charging laughable sums for their inaugural offerings. Existing distilleries are being expanded and upgraded, and churn out more and more spirit by the month. Everyone and their mums have whisky blogs, and even their grandmothers are on twitter, fawning to brand ambassadors and master distillers. The industry is turning into a carnival of marketing; a bacchanal of falderal apotheosis and curlicue presentation cases.

The primary objective of writers doesn’t need to be to persuade people to drink whisky these days, because people don’t need to be persuaded. Rather the onus is on us to pick apart that which isn’t true. To challenge that which doesn’t bear close scrutiny. To call out the corners which are being cut. Because from where I stand, “the best is the enemy of the good” is eroding into “the good is the enemy of the tolerable.” And it was a fatuous, ignorant, unambitious aphorism to begin with.

If whisky is to evolve, then writing needs to evolve too. Criticism is important – is vital – and is simply not taking place in sufficient quantity. Poor and average whiskies are being excused – even adulated – by so many fly-by-night vloggers with an eye on the sample stream. Too many pieces of writing are anodyne descriptions of what the whisky is, and what it tastes like. That isn’t criticism. They might as well be children writing about what they did last weekend.

So my response to those who ask whether we love whisky is this: “yes. That’s why I criticise. If I didn’t love whisky, why would I care about any of the above? And then do all of this for free? I love whisky. Do you?” Because the infantile notion that if you can’t say anything nice, you shouldn’t say anything at all, is doing more harm than good. It merely encourages further marketing laziness, and oils the wheels of the crusade for whiskymaking efficiency.

So, fellow writers, a plea: have an opinion. An actual, proper, all-your-own-work opinion. Criticise. Evolve. And then maybe we can all chill out and have a drink.

Deep breath. Back to wheat.

And back to Virginia, for the third and last of the Reservoir flagships. You could say the Reservoir has now run dry, though really you probably oughtn’t. As with the bourbon and the rye, its mashbill is 100% of the one grain, aged for two years in a very small barrel and then bottled at 50% ABV. (Or what Alexandra and her belligerently different tribe call “100 proof”.)

All told, it’s about as young and as wheaty as young wheat gets. Another deep breath then …

On the nose: Massive oak and caramel. A little pecan pie. There’s none of the astringent acetone of immature wheat – just a smatter of grain. Signature Reservoir orange peel, and a floral – almost botanical – lift. Pink peppercorns.

In the mouth: There’s somehow more oak on the palate, but it’s creamy and caramel-esque, rather than tannic and bruising. The grain character softens initially, though toast grows with time. Loads of brown sugar. Some liquorice on the finish too.

It may not be complex, but it’s certainly not short on flavour. It also has a lovely mouthfeel. Very pleasant to drink all round. At UK prices (about £70) it feels £20 or so too dear, especially when set against the rye. But I’d say this is at the upper end of its scoring band, and is very nearly as good as the bourbon. Open your wallet if you see it in a bar. If there’s a better young wheat whiskey than this, I’ve yet to try it.

(Remember that’s a good score on Malt. It’s 60%, which is a decent pass by any usual standard. It’s not our fault so many people score everything between 80-95 out of 100.)

Lead image from The Whisky Exchange and there’s an Amazon commission link which doesn’t affect our view or score. 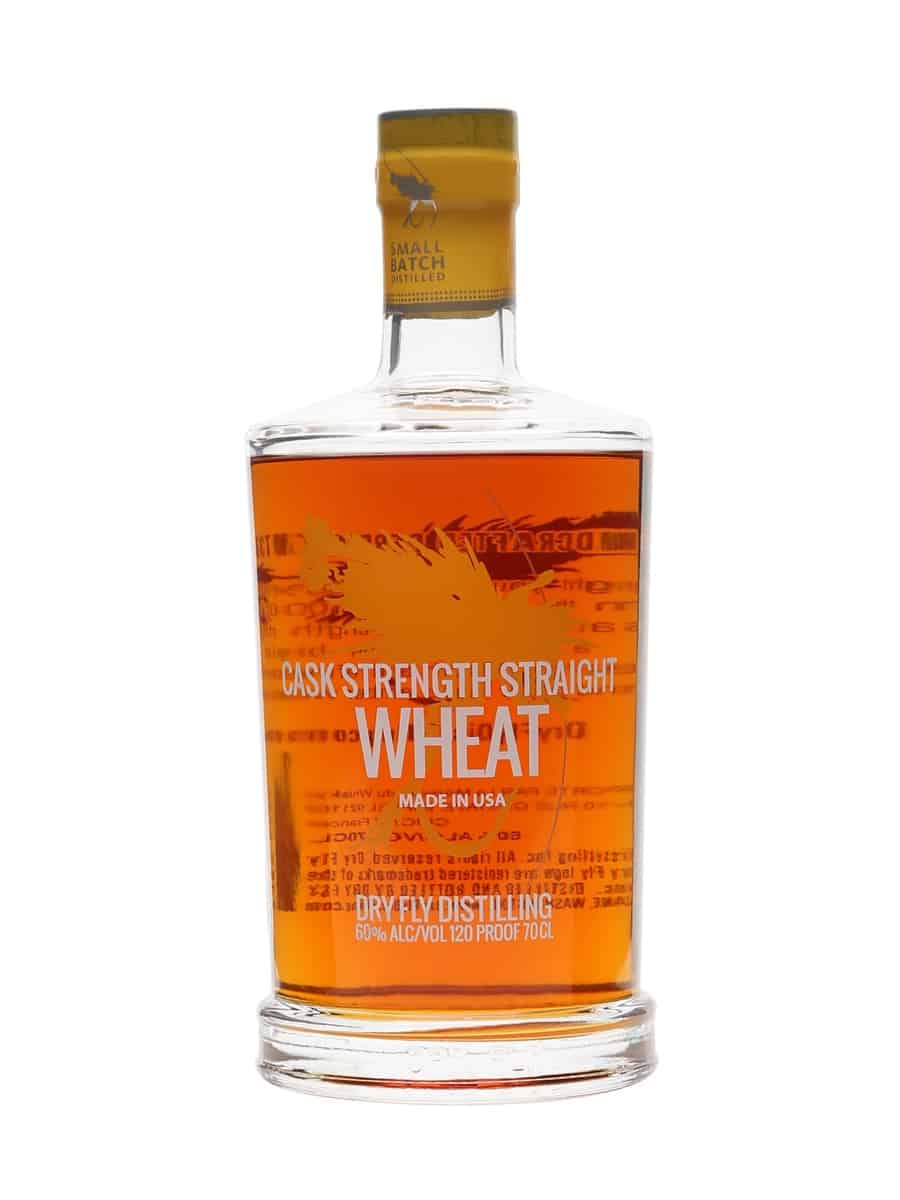