Actually, that’s only the half of it. Here’s the real point: I saw Yamazaki Distiller’s Reserve on sale for seventy quid last week – and it will easily sell at that price.

Yes, yes, I know. Dirty subject and all that. The whisky industry hates talking about prices, and of course there are some people to whom seventy pounds British isn’t a terribly large amount. As Angus MacRaild adroitly commented somewhere or other, inflate the size of your income, and the price you are prepared to spend on a bottle tends to adjust accordingly.

But Japanese whisky is different.

Anyone with a sense of taste and enough brain cells to stuff an olive can tell you that Yamazaki Distiller’s Reserve isn’t worth £70. But you try telling the market that. And it isn’t just because a bloke in a funny hat said the Sherry Cask 2013 was good a few years back. Right now, Japanese whisky could be the laziest-made, most bilious puddle of reeking slurry (and it sometimes is) and it’d still sell out. Partially because it’s rare, and because much of it was (and is) outstanding. But also, quite simply, because it is Japanese. And Japanese is in.

The upshot of this infatuation, so far as whisky is concerned, is pretty well known and documented. The aged stuff whizzed off faster than Usain Bolt with a scotch bonnet up his bum, distilleries that had slowed down production were caught on the hop, prices got silly, age statements were cut, hush-hush scotch got tipped into the blends and quality took a turn for the ropey. Ironically at about the same time that three or four writers published different books on Japanese whisky in the space of about twenty minutes.

None of this is to say that Japanese whisky is bad. Of course, it isn’t. Indeed there are still a handful of very smart buys if you shop around. But, generally speaking, you do have to do rather a lot of digging or have rather a large wallet. It isn’t all enchanted fairy sputum.

Anyway, talking of all things on-trend, Hakushu (one of the two main Suntory malt distilleries) has launched a rye. It’s part of a trio entitled Essence of Suntory, a strikingly weird name for a collection of whiskies which segue significantly in style from their parent distillery’s norms. A bit like calling a milkshake “Essence of Coca Cola”. In this instance there was a peated 12 year old Yamazaki, a wine cask finished grain from Chita and this Hakushu rye.

Needless to say, prices more than doubled in nothing flat. You actually can still find this rye, but it’ll cost you well upwards of £350 for a 50cl bottle. Which you may think is slightly steep for a four-year-old whisky from a distillery with no rye distilling history or pedigree. My sample came from the ever-generous Andrew, of the ever-excellent blog, Andrew’s Share. You can find his thoughts on Hakushu’s rye here.

It’s a cask strength column-still whisky made to a 100% rye mashbill and aged in highly charred American white oak barrels. So very much something from the craft US or Canadian playbook. Let’s see how The Land of the Ryesing Sun gets on. (Bet you anything it’s not worth £300.)

On the nose: Lots of upfront cereal and sweetness; the sweetness taking a light, candied form. Almost candyfloss. Sherbet. Essence of Woolworth’s pick’n’mix. Behind that, wood and grain battle without really harmonising. Dried grass, black pepper and teenager’s woody aftershave. Smatter of red cherry. Nothing acetone, but this lives wholly in the high octaves.

In the mouth: Alcohol starts disarmingly softly, but crescendos to full naga viper. A mouth-scalper. Pretty fulsome, palate-coating body though. The flavours are simple and very cask dominant. Vanilla, oak, pepper, coconut. Raw rye grass. Basic stuff against a raging, fiery background. So much heat that I added a rare splash of water. It doused the flames but awakened a bitterness. No real individuality.

The “Essence of Suntory” moniker is doubly weird now. This could be any number of young ryes from any number of distilleries in the world. As far as I know, it’s the only rye Japan’s ever bottled – so where’s the identity; the this-is-us-ness? It feels as though they’ve played it deliberately safe, and the result is a pretty mildew facsimile of the US or Canadian craft article. I tasted it next to Reservoir’s Rye for reference, and the Reservoir embarrassed it. In fact I can think of seven countries from which I’ve tried better rye than this Hakushu.

As for the value: £360 for 500ml? £500, scaled up to a full-sized bottle? It’s as expected really. Arrogant, bloated, vainglorious, pretentious. And I fear that this sums up the direction that Japanese whisky has been taken in – almost against its own will – by a fashion-obsessed market beguiled by tack and gaudiness.

If this is indeed the essence of Suntory, then I worry for Japan. And I feel once again like the boy in the crowd, wondering why everyone’s cheering when the emperor’s got no clothes on.

Thanks so much to Andrew for the very generous sample and photograph. And sorry! 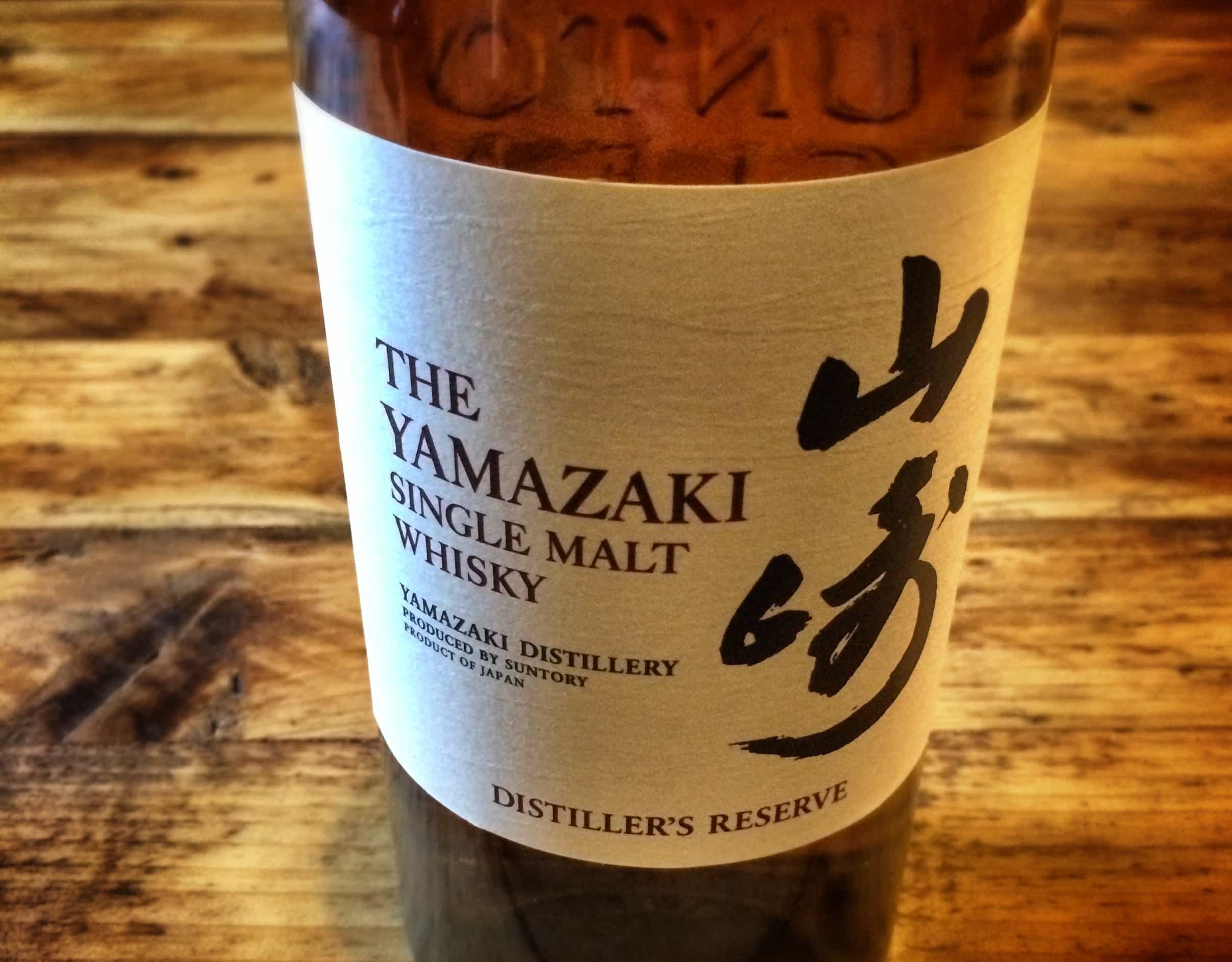